Skip to content
Sign up for our newsletter
section-ads_high_impact_1
BY BUCK WARGO LAS VEGAS BUSINESS PRESS
June 8, 2021 - 11:30 am 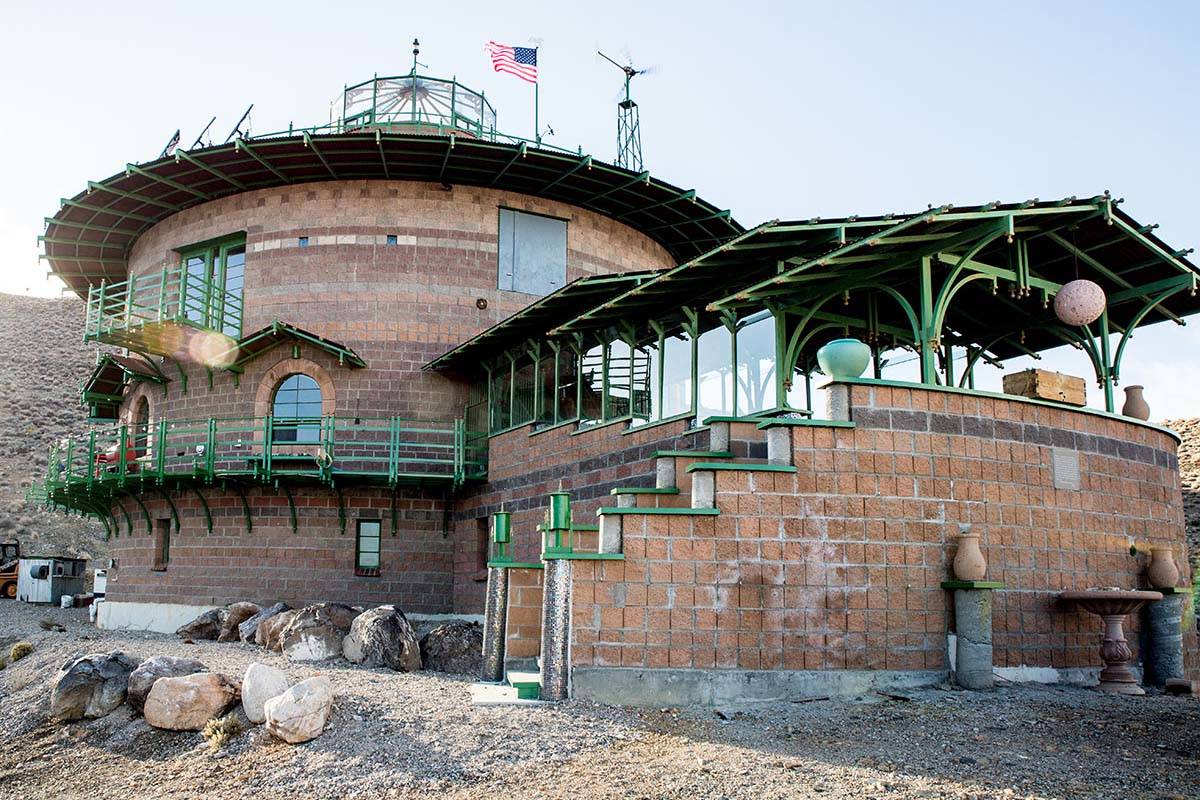 Hard Luck Mine Castle is near Death Valley. Tech entrepreneur Richard Socher purchased it for $550,000. He plans to turn it into an Airbnb rental. (Tonya Harvey Real Estate Millions) 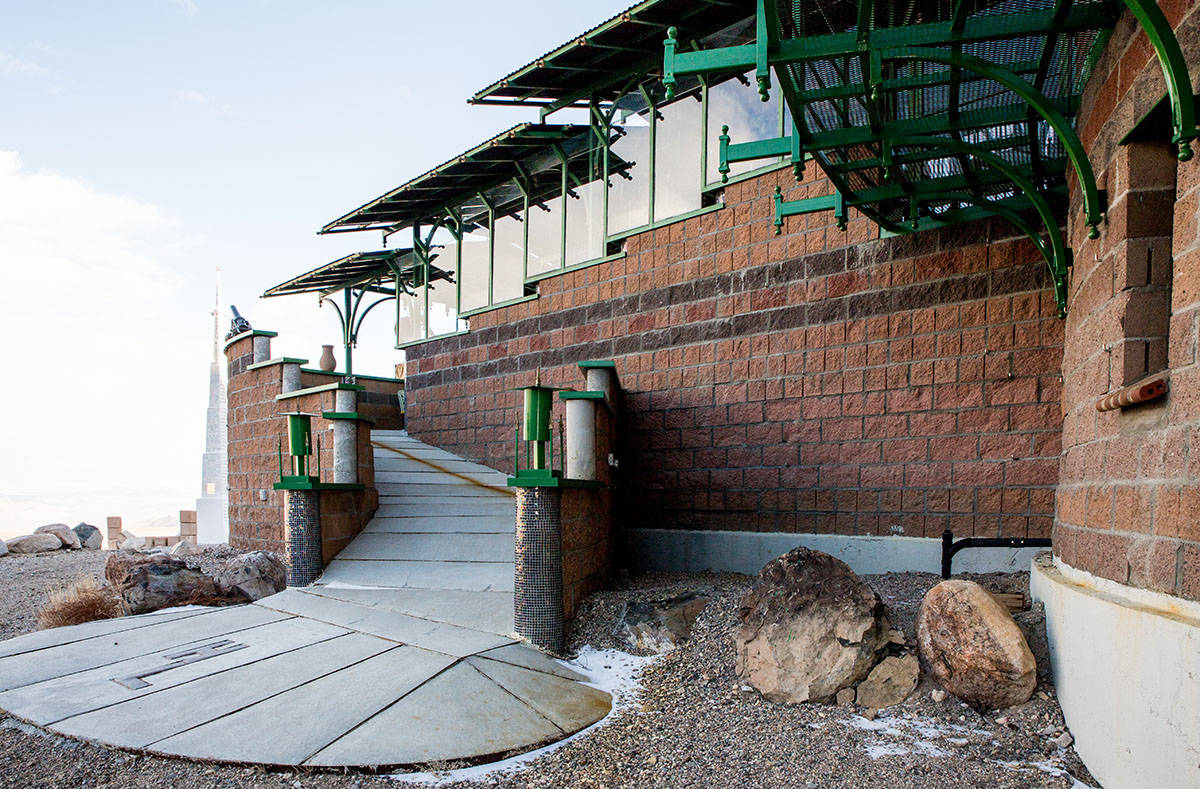 The entrance to the castle. (Tonya Harvey Real Estate Millions) 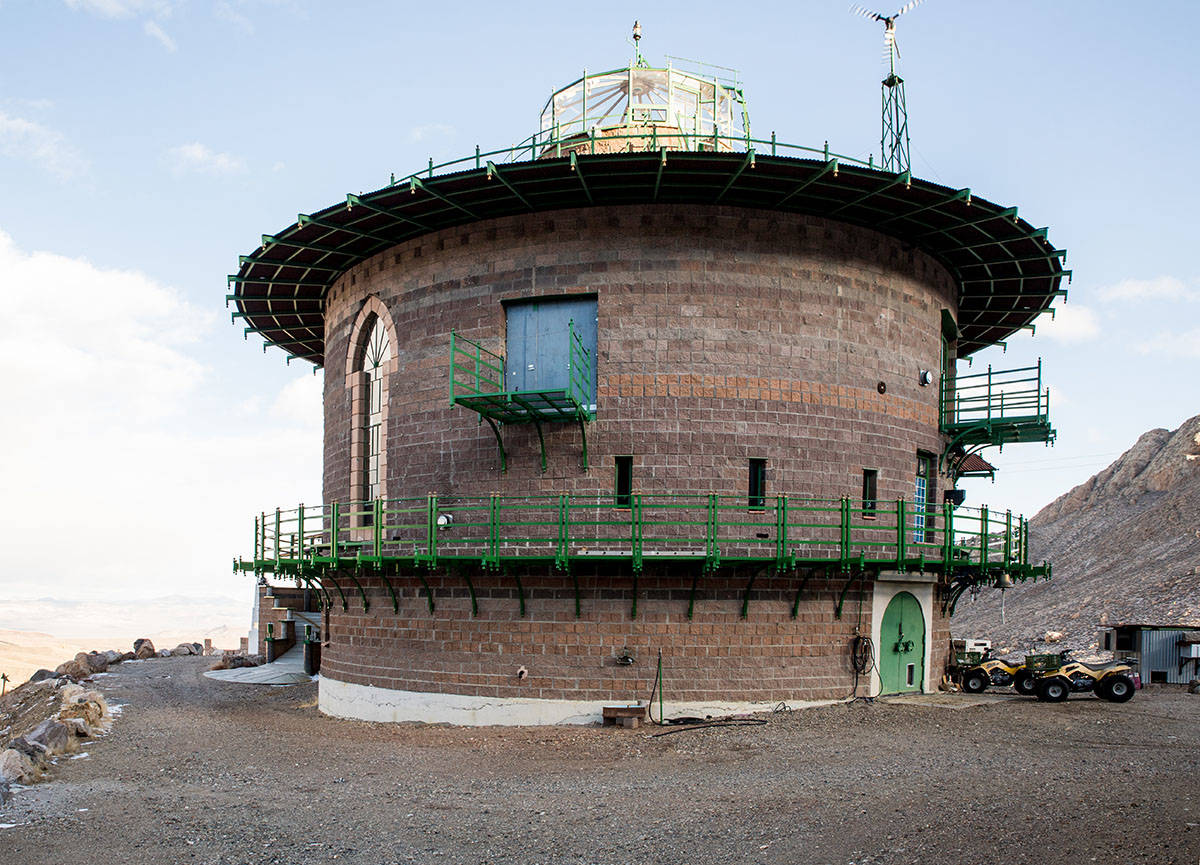 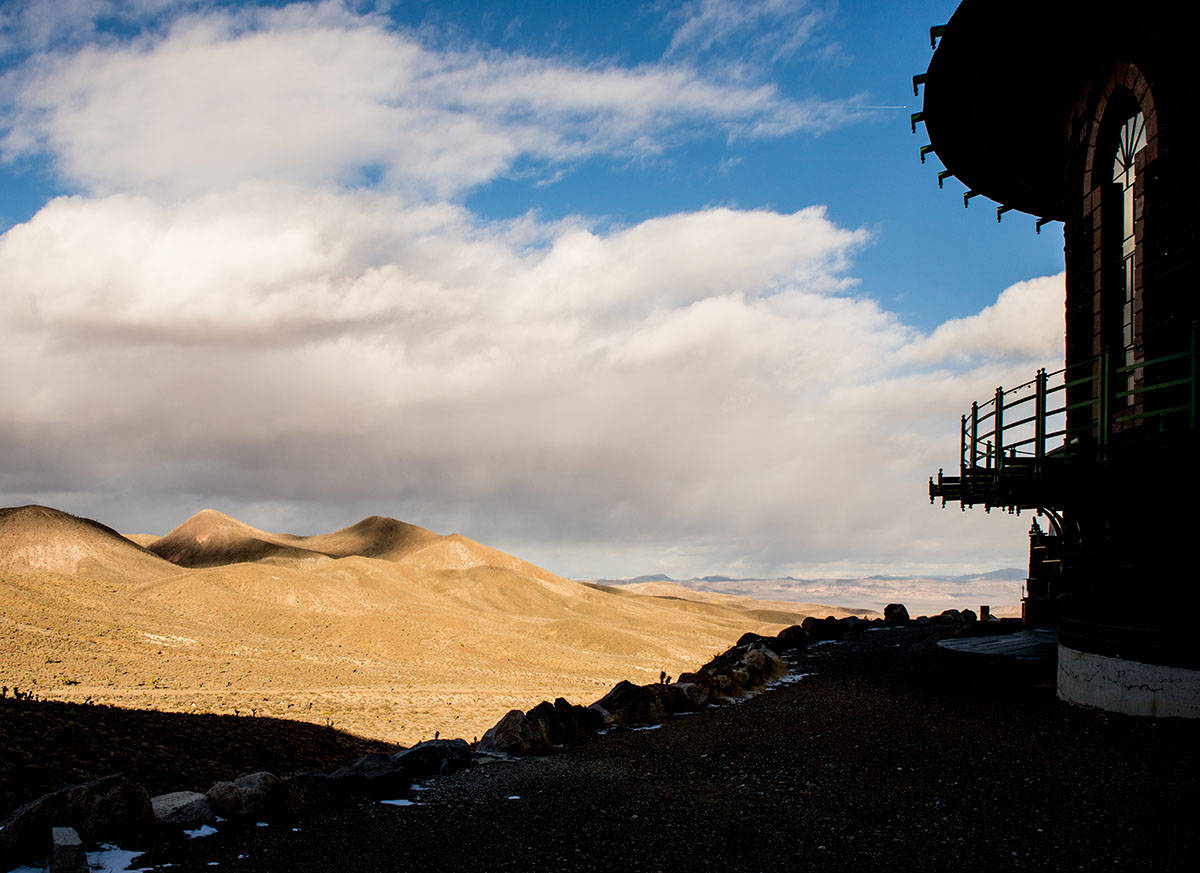 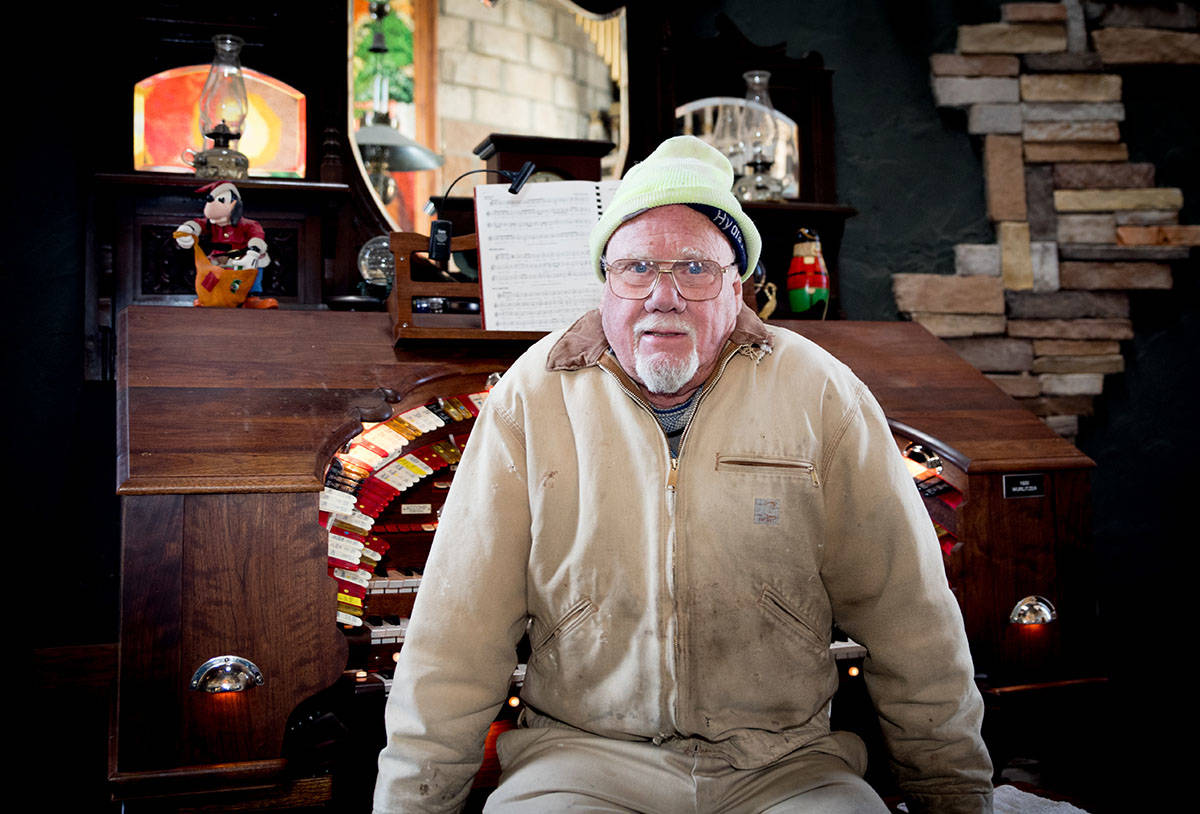 It took Randy Johnston more than a decade to build the Hard Luck Mine Castle. He had it listed for $900,000 during the spring of 2019. It recently sold for $550,000. (Tonya Harvey Real Estate Millions) 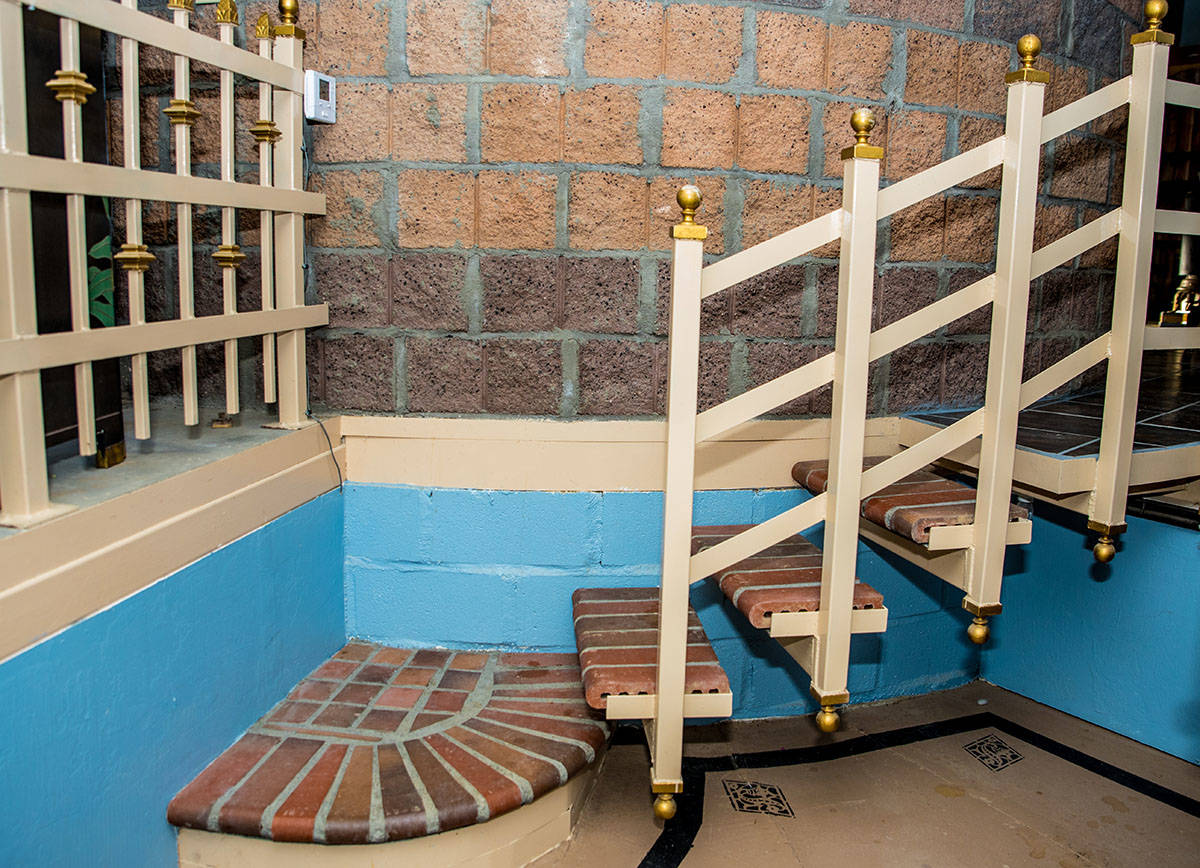 Stairs winds through the round walls of what has become known as the "castle." (Tonya Harvey Real Estate Millions) 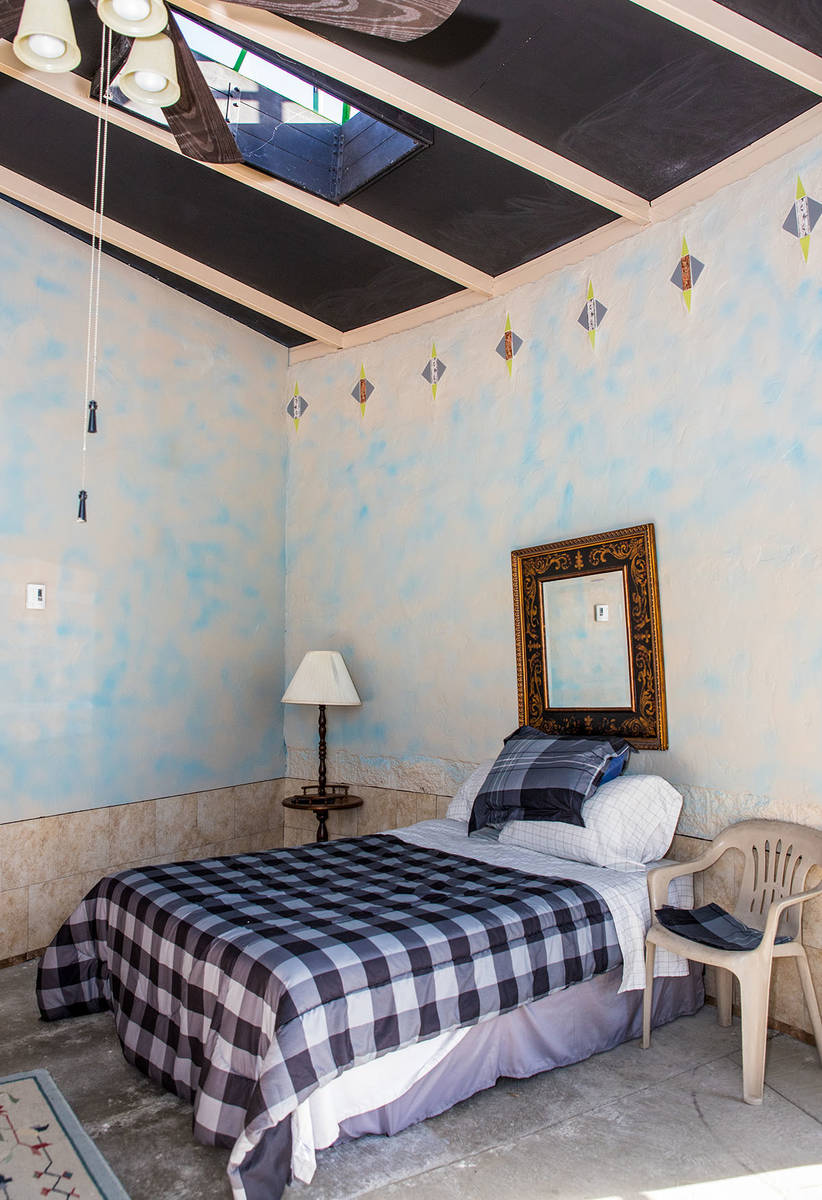 One of the four bedrooms in the castle. (Tonya Harvey Real Estate Millions) 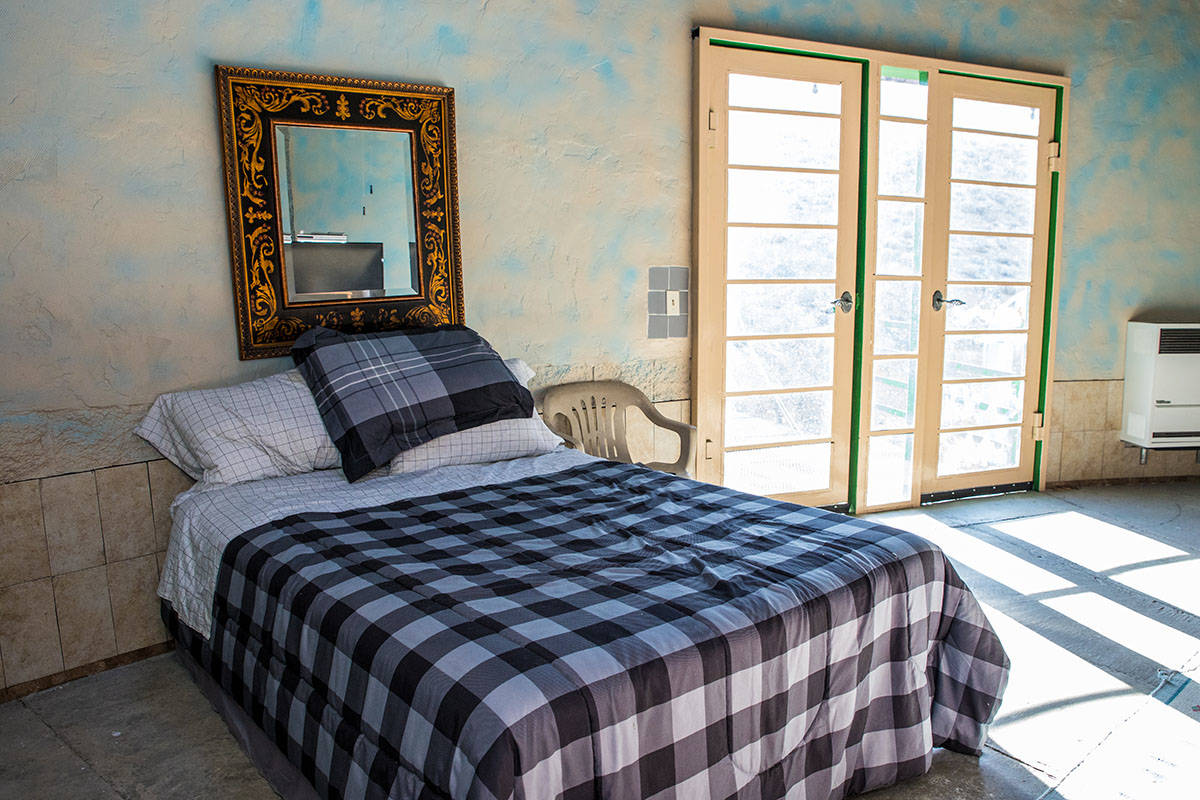 One of four bedrooms in the castle. (Tonya Harvey Real Estate Millions) 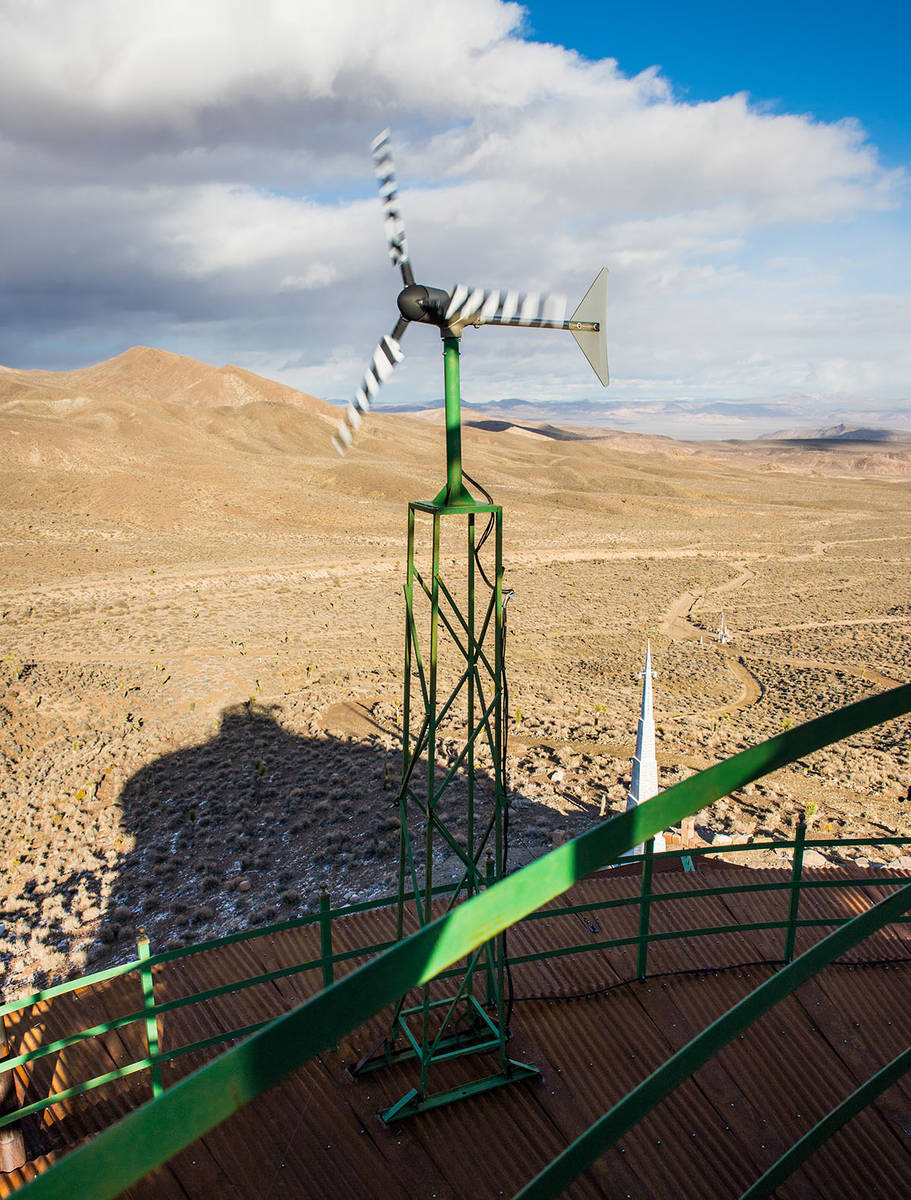 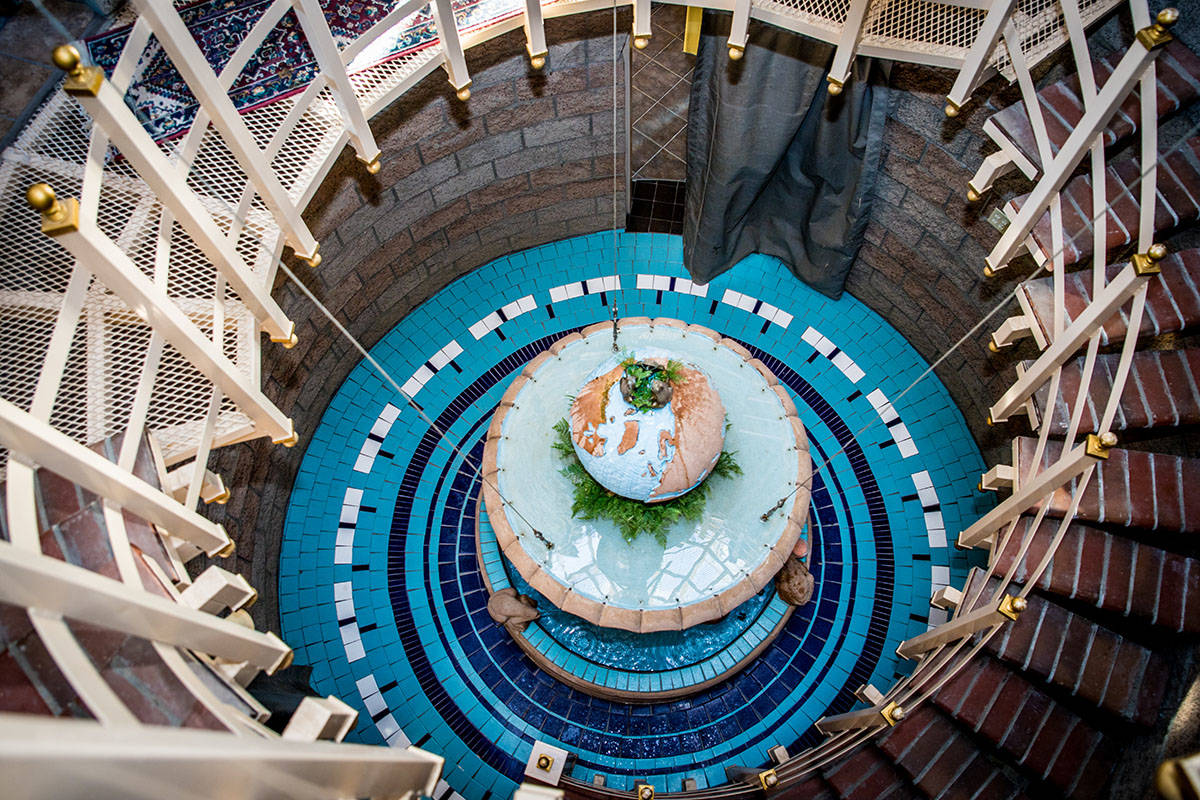 A fountain is at the center of the castle. (Tonya Harvey Real Estate Millions) 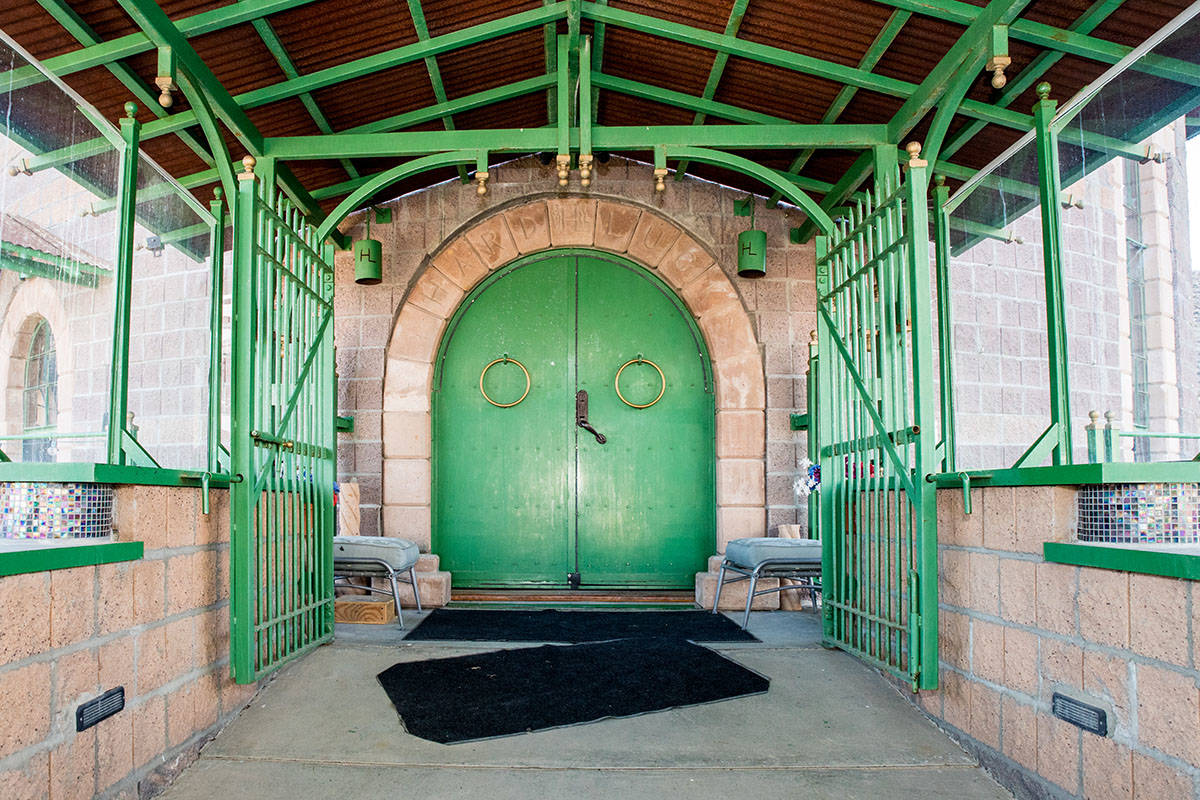 A Gothic-style castle 187 miles from Las Vegas near Death Valley in California has been sold and will be turned into an Airbnb rental for tourists seeking a secluded getaway.

Known as the Hard Luck Mine Castle, the property, which the media and public refer to as a doomsday castle but the original owner said was not, sold for $550,000. It was listed for $900,000 during the spring of 2019 when the Real Estate Millions profiled the castle and builder-owner Randy Johnston.

The four-story round castle has 22 rooms and measures 8,000 square feet. It’s located on 40 acres off Highway 267 in Esmeralda County, some 35 miles from Goldfield, near Death Valley National Park.

The new owner, Richard Socher, a former data scientist and executive vice president at Salesforce, said he plans to put the home on the short-term rental market by the end of June.

Airbnb has noted that rentals of rural and unique outdoor properties are surging as travelers seek getaways from city life, Socher said. National parks have seen a huge rise in visitation, and towns closer to national parks have done well, he said.

“I’m willing to take the bet,” Socher said. “You have these amazing views. You feel like you’re in the middle of nowhere and have an entire valley to yourself. You have these fascinating old gold and silver mines. Especially now with COVID and people being able to work remotely, it will be an interesting experience for a lot of people to hang out there and work for a week or two.”

The surrounding Nevada desert is considered a playground in the Southwest where outdoor enthusiasts can enjoy recreational activities such as riding ATVs, hiking or exploring the historic gold mine, Socher said.

“There are a lot of off-road folks who will enjoy the place,” Socher said. “I camped back in those mountains two or three years and was only a few miles away from the castle and didn’t know I was that close to it. I do think there will be enough people who are curious to be king of the castle for a couple of days. I think it’s the only castle you’ll be able to rent on Airbnb in this area of the world. With my favorite national park nearby, epic off-roading, a 100-year-old organ, interesting mining history and beautiful stargazing, I am sure many people will appreciate this space.”

The property has a game room, theater, fountain room, solarium, planetarium, wine cellar and workshop. The observatory is for looking at the stars and nearby military test site. The light at the top is 62 feet above the ground.

The great room has a 28-foot ceiling and a rebuilt Wurlitzer organ from the 1920s, and pipes from a one-time Los Angeles cathedral are a significant look for the house.

The main entrance is on the second level and has doors and windows that look like they belong in a castle with their arches and use of redwood in the door. The enclosed entryway pays homage to the “Wizard of Oz” with a labyrinth of the Yellow Brick Road and emerald in the floor to represent Emerald City.

The 37-year-old Socher, a Bay Area resident, said renovating the castle for an Airbnb comes as he is set to launch a new search engine this summer: you.com. He said people like him appreciate the desert, stars and solitude and beauty of the landscape. It feels like an adventure while giving comfort, he said.

“I travel in national parks and love Death Valley National Park and love the desert and great American outdoors and Wild West and ghost towns and (abandoned mines). “This is a weird, interesting, beautiful and quirky spot. What prompted someone to build a castle in the middle of the desert? There’s some beautiful architecture in there and some not quite as beautiful yet, but we’re working on it right now by renovating it. I love sharing beautiful places with people and probably have some events there. There’s a beautiful organ. I’ll probably have some concerts out there, some star gazing and just enjoying the desert.”

Johnston built the castle of fortified steel, cinder blocks and 16-inch concrete walls. It runs on its own solar and wind power and diesel generators. It has a 4,000-gallon water tank and 3,000-gallon propane tank.

“People call it a prepper’s castle, but it’s not that at all,” Socher said. “He had this crazy idea he sketched on a napkin that he was going to build that castle.”

Johnston, who owned a plumbing business, said he built the castle at an elevation of 6,000 feet and built on a mountain for seclusion and quiet to get out of the city. He started in 2000, and it took him a decade to build.

Johnston jackhammered the granite to pour the footings in 2000, laid the block, numbering 24,000, and fabricated the metal for the home, which has 7 tons of rebar and more than 1,000 yards of concrete. He was helped by two friends.

The castle was listed by Coldwell Banker Premier Realty. Listing agent Brian Krueger said the COVID-19 pandemic offered the perfect time to sell the bunker-like, off-the-grid fortress. He said there is more interest these days in more rural settings where people can have space.

“We are extremely pleased with the sale of the Hard Luck Castle and what we believe to be one of the more unique properties sold in Nevada this year,” said Krueger, senior vice president of strategic services for Coldwell Banker Premier Realty. “The process, while much longer than a typical sale, was culminated with a willing seller, maximum exposure and a creative buyer who plans to leverage the distinctive location and attributes of the property for others to enjoy.”