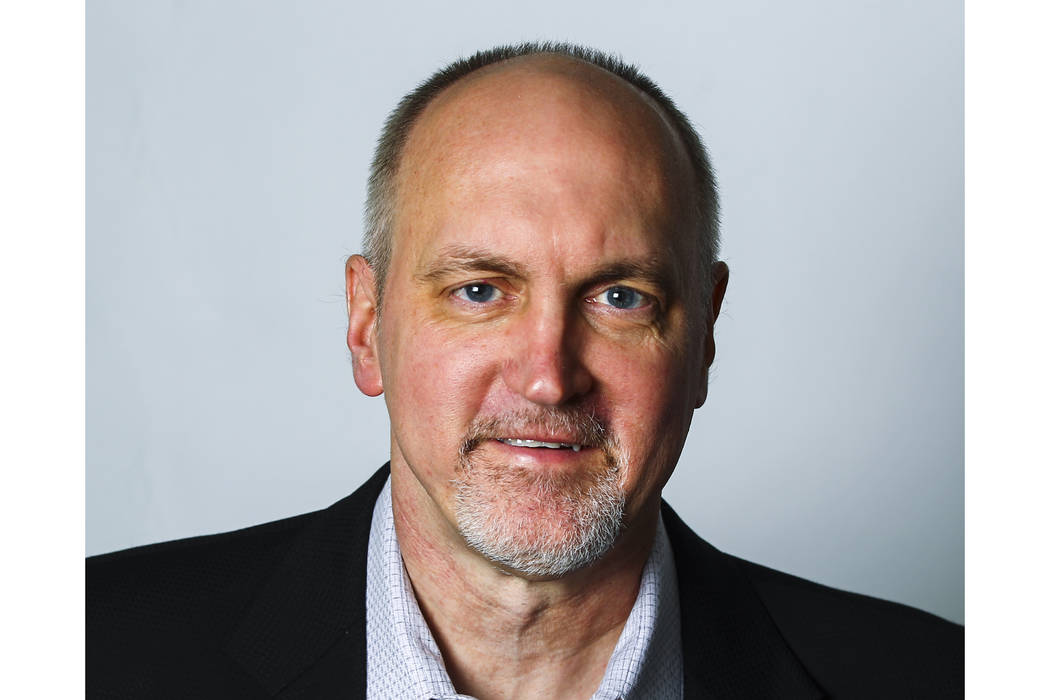 Early this year, California-based architect sparked ire and even some agreement among Las Vegas home designers and builders when he criticized the residential architectural landscape of Southern Nevada.

Christopher Mercier, the founder of FER Studio in Inglewood, spoke to the Las Vegas Review-Journal after giving a presentation at the furniture and home décor expo held at the World Market Center.

Mercier cited a cookie-cutter appearance of subdivision after subdivision with stucco houses in Las Vegas. He said builders are constructing homes that can be found anywhere else, make it look “desert-y,” and “seal it up” and put in air conditioning without addressing what it means to live in the desert.

“I would love to do a subdivision project in Vegas, but one where we look at it from what the midcentury-modern architects were doing” in trying to offer “indoor-outdoor” living and “experiences that have to do with the desert,” Mercier was quoted in the article.

It caught the attention of the homebuilding and design community, and there’s actually a lot of agreement with his comments. The catch is that he was accurate in talking about what builders did in the 2000s prior to the Great Recession when the industry was putting up tens of thousands of homes a year.

That’s changed, many said, since the housing industry has recovered from the collapse a decade ago. Las Vegas has made strides in design and materials and greater emphasis on indoor and outdoor living — features that even caught the attention of the building industry in the West.

In late 2018, more than 30 representations from homebuilders, interior merchandisers and architects from Southern California and Colorado came to Las Vegas to see what builders here were doing that they could replicate it in their markets.

They said they were impressed with the contemporary design of new homes and use of windows and doors to create an indoor/outdoor living experience. They also cited upgrades in materials from stone and countertops to windows, doors and ceramic tiles.

Nat Hodgson, CEO of the Southern Nevada Home Builders Association, said called it a “shame” that people in the industry don’t understand the design guidelines that developers have to adhere to build.

“In most areas we build, there are very prescriptive design standards that a developer must design to and I can tell you first hand an extreme high level of thought goes into the design of the footprint, layout as well as the elevations of our house,” Hodgson said.

Since the Great Recession, Southern Nevada builders have tried to do something different to separate themselves from the resale market and homes built in the 2000s, Hodgson said. Nearly every builder is doing new contemporary designs, even in production homes.

Brian Kunec, regional general manager with KB Home, which builds in Inspirada, Summerlin and the Tule Springs master-planned communities, said the architecture and designs are dictated by master plans or governmental entities. In many cases, there’s not a lot of flexibility for builders to do a lot of “out-box architecture,” and that creates a trend of similar-looking architecture to some extent, he said.

“I’m not disputing that a lot of stuff has a similar look but there’s a reason for that,” Kunec said. “The more affordable you can build a house the more affordable you can sell a house for. We can all go out there and add another $50,000 in architecture and design to make it look fantastic but if the general public in Las Vegas can’t afford it, it’s not really a good model. There’s a fine balance between being able to design something that looks different and that people can afford in this market.”

Kunec said he doesn’t agree with all of Mercier’s comments, especially in the master plans where there’s a lot of homes getting built that “look great and look different from the normal cutting-cutter type homes. If you look at Skye Canyon, Summerlin and Inspirada and what people are doing it looks nice and builders have done a great job with the design. For him to coin it as all the same is not fair.”

Luxury home builder Tyler Jones, owner of Blue Heron, admitted there’s some truth in what Mercier said, but Jones said his company has been leading the charge for a more modernistic approach.

“I grew up in a tract home in one of these Vegas neighborhoods that looks just like all of the other homes, and that’s been my whole life experience,” Jones said. “My whole career has been to try and reverse that perception and reality for Las Vegas.”

Jones said builders, however, are doing much better work than 10 years ago and even five years ago.

They realize they can’t put up the same floor plans as they have in the past and mass produce them and compete in the marketplace, he said.

“It’s more interesting and more variety and modern has become much more prominent and the most desirable style, which is a big shift,” Jones said.

“There has been a movement over the last five years. Even 10 years ago, there was nobody doing the modern stuff other than us. The more progressive and interesting homes are a very small percentage, but if you said … of the homes being built today, it’s a much higher percentage. It’s trending in the right direction for sure.”

Las Vegas has been known historically for affordable housing, for not being responsive to a desert environment and for not focusing on quality construction, but that’s changed, according to Michael Gardner, the owner of studio g ARCHITECTURE, who in 2010 moved to Southern Nevada from California.

“It’s definitely a transition period where we’re getting more aware of design and the impact and importance,” said Gardner who also designs homes in California and Arizona and added that Las Vegas is ahead of other markets. “As a town we’re moving in the right direction and moving away from what we used to be like. It’s evolving with technology and the way people live. Vegas is getting a lot of notoriety, and it’s gaining traction. People come to Vegas and see there’s great homes and projects getting built right now that are on the forefront of a lot of the design trends. People are starting to look at Vegas.”

That was the case late last year when Gary Mayo, group president with luxury builder Toll Brothers, hosted the group of builders and architects from Colorado and California at the Regency at Summerlin. He said he doesn’t get the criticism.

“It’s odd for an architect to make general statements like that for an entire market,” Mayo said. “Most of our architecture here comes from Southern California with Toll and the other larger builders here.”

There’s a lot of production communities that look alike but there’s still a lot of great designs in the custom market, according to Dan Coletti, owner of luxury builder Sun West Custom Homes, which built the New American Home that was showcased in February at the annual show of the National Home Builders Association’s International Builder’s Show.

“I think that production has gotten better with an advancement in materials and products,” Coletti said. “Even production builders have embraced people wanting something with a more contemporary design.”

C.J. Hoogland, principal of Hoogland Architecture, who has designed multimillion dollar homes in the Ridges, Summit and Ascaya, said he agrees with Mercier on many points. To Hoogland, builders crank out as much product as they can and won’t be driving change in design. It’s buyers who are driving that change, he said.

“This generation of homebuyers has been exposed through social media to a lot more different lifestyles and styles of architecture,” Hoogland said. “They are the most savvy and sophisticated (than) previous generations, and that’s driving more demand for more modern architecture and less fake architecture – more authenticity and more functionally and less gingerbread. You’re starting to see since the recession that buyers have many more choices and builders responding by offering new styles and different product than we would have had in 2005 or previous to that.”

Darin Marques, sales manager for luxury home community Ascaya in Henderson, said Mercier is right if referring to older communities that have many homes that were Tuscan and Mediterranean in design and didn’t have a lot of indoor and outdoor living. A lot of the newer homes, not only in custom home communities, have moved toward contemporary designs, he said.

“You look at Blue Heron, Lennar and any of those you walk into those models, they’re all about indoor-outdoor living now,” Marques said. “A lot of people have that perception of Vegas because of what they saw 10 years ago.”