Skip to content
Sign up for our newsletter
section-ads_high_impact_1
By JOHN KELLY LAS VEGAS BUSINESS PRESS
January 26, 2015 - 4:00 am 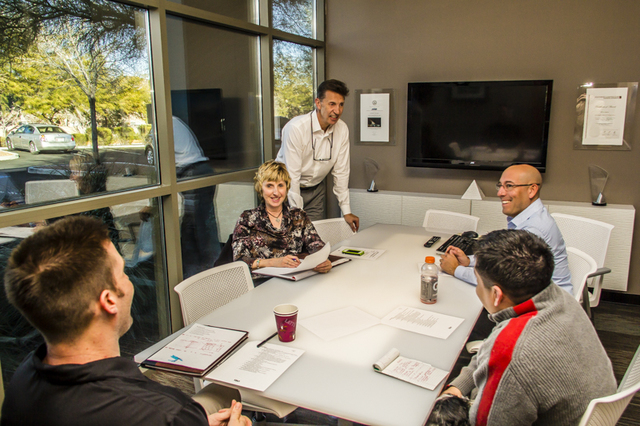 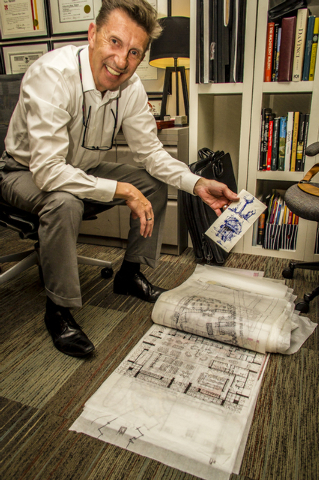 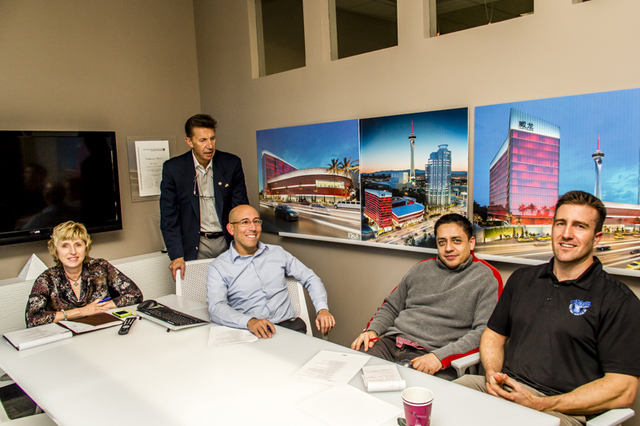 If that which does not kill you makes you stronger, then Ed Vance is the man of steel.

And that’s apropos for one of Las Vegas’ leading architects.

Yet it was no mere multimillion-dollar project that tested Vance’s iron will.

It was the Great Recession.

And it was a great and grave matter of survival.

So, with no blueprint to draw upon as owner of Vance and Associates — someone responsible for the 29 other lives that constituted his extended office “family” — he had to quickly sketch out a plan of action to save his business.

After many nights of waking up in cold sweats, Vance morphed from first-chair project player into a project maestro.

“Unlike the federal government, I don’t have an endless supply of money to write checks from. This is reality,” Vance said stoically while recalling his journey along the hardscrabble road to business recovery. “So once money doesn’t come in, you have to figure out what you’re going to do because it’s a zero-sum game.

“I started strategically aligning myself with partners in the field, in the studios that we play in, which include commercial, health care, hospitality. It meant working with gaming folks, operators, developers, lenders, getting to know them. It meant filling out your black book a little more than just with consultants and folks you normally do your work with.

“When work was skinnier, you found yourself saying ‘How do I make a project?’ … We were now saying ‘Let’s see if we can’t put this project together.’ ”

Asked whether he had ever faced such a brutal business situation before, he doesn’t mince words:

Before a recovery of any kind, no one and nothing can bounce back until hitting bottom. America’s Great Recession was merciless in its covert swiftness and magnitude, an economic trap door beneath laboring feet.

For Vance and his family of workers, the beginning of the end of the innocence was in 2009. By Vance’s own admission, business life was going pretty well. Among a bevy of other jobs, his firm was working on the Las Vegas Convention Center and World Market Center, projects that were worth $250 million each. He was all in and working with a full house.

“We were working on a variety of large projects,” Vance says.

And then came a rapacious creditor knocking at the door of prosperity.

“Over the course of 60 to 90 days, it seemed like every week I’d get a call: ‘Stop work! We’re canceling the project.’ Banks, commercial buildings, whatever. … The Convention Center: ‘We can’t float these bonds any longer.’ The World Market Center: ‘I’m sorry, the financing is falling apart.’ It was just tough.

“It hurt us all. I had architects call me who had retired and had figured that they’d be able to live off investments they made for the rest of their lives. But I got calls from them saying, “I lost everything; I need to go back to work. These are 65- to 70-year-old architects. I was like: ‘Oh, my God.’ I couldn’t bring them on because I could barely keep the people employed as I had it.”

But the toughest moment for Vance came shortly thereafter, when he had to lay off 20 of his staff of 30. Vance said it made him “physically sick.”

“They were family,” he said. “There are certain tipping points in the growth of a company, and the culture changes at certain points. The culture definitely changes when you get over 50 to 100 and so on. The notion of the family erodes as you move closer and closer to those larger numbers. (The family atmosphere is) harder to hang on to. It’s this elusive thing. It’s almost like a whisper and anything stronger, it’s gone, it disappears. It’s a challenge to keep it. At 20 and 30 people, it’s much easier to maintain.

“If you ask anybody in here, they’ll tell you, ‘Yeah, it feels like a family here.’ They all take care of each other. I don’t have to worry about anybody thieving and stealing and all that other crap you have when you’re 220 people. At 30, no problem. Twenty, easy.”

But the breakup of this family didn’t stop with the initial 20. While “bumping along the bottom for a few years” and foraging for mostly hospitality work anywhere such as Iowa and Mississippi, Vance and Associates hit a personnel bottom of five. Vance said the individual projects were often of very good quality, especially a “pretty cool” and “exciting” $25 million casino in Natchez, Miss. But there wasn’t nearly enough consistent quantity with which to fashion a business comeback.

However, true to its intrinsic nature as a city that rewards networking, volunteering and good old “pressing the flesh,” Las Vegas allowed Vance to survive as others failed or fled. Contacts that he had established through the Nevada Development Authority and NAIOP were indispensable. He was also connected with Vistage Tech and the Founder’s Club, where he’d been involved for 15 years. He was on the board of the Boy Scouts and was involved with the Lied Discovery Children’s Museum.

“When you give back, hopefully, they come back and take care of you,” Vance said. “When projects, as thin as they were, would happen, at least I’d get a call or two just to keep food on table, the doors open, the rent paid. I didn’t pay myself much in those times. When things are good, you pay yourself well; when they’re bad, you don’t pay yourself at all. We never missed a payroll.”

Many businesspeople and entrepreneurs will tell you that the destination is never as rewarding as the journey. And now, with some well-earned and well-timed breathing room between himself and doom, Vance is again reaping the more consistent fruits of talent and toil.

His team roster is back up to 20, and he has hired back all but two of the “family members” who were let go. He said he has two proposals out, one of them “rock-solid,” for speculation office space. One project includes six buildings near the curve of 215 Beltway and Russell Road. He said that it will likely be used for medical offices. Vance also said he recently got a call concerning almost 200,000 square feet of light industrial. News of such commercial real estate projects would have been laughed at not long ago.

But one project that defines how much Vance’s and Las Vegas’ fortunes have turned on a dime is the Lucky Dragon hotel-casino, an Asian-themed resort planned for about a block west of the Strip facing Sahara Avenue. The 10-story, 201-room hotel is expected to connect with an 18,900-square-foot casino.

“I’m still cautiously optimistic,” Vance said. “I see it positively. But once I get a project, I’ve got to replace it. It’s done. Nothing more to do. I’ve got to get another one. People that work here need to be fed work all the time. I’m constantly making calls, issuing proposals. If I get one, two, three out of 10, I’m happy. But you don’t get everything. Sometimes it’s price-oriented. Quality is more important to me. And I hope to communicate that to our clients.

“We want to be their trusted adviser. You want to choose your architect wisely because the cost of that project is sitting on the vortex of an inverted pyramid. Six percent of the construction cost is on the architect,” he added. “Ninety-four percent is construction value. It’s teetering on the competence or incompetence of your architect.”

So, if that which does not kill you makes you stronger, Ed Vance, unwitting Everyman architect, could now forge a crossbeam from kryptonite.