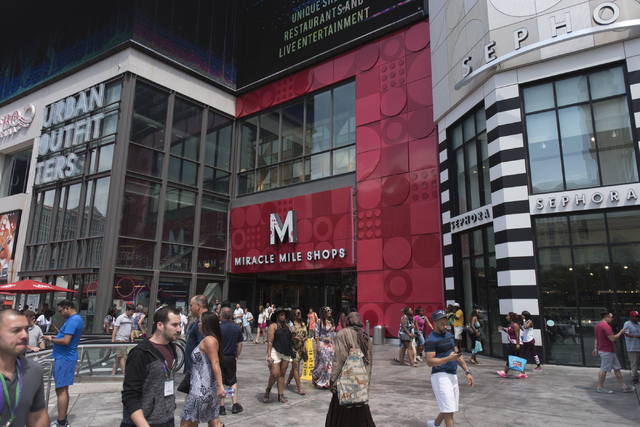 This is an Aug. 21, 2016 file photo of Miracle Mile Shops at Planet Hollywood hotel-casino in Las Vegas. The Miracle Mile Shops, the 200-store indoor mall, has been sold to an investment partnership. Jason Ogulnik/Las Vegas Review-Journal

The local retail sector has seen its share of large deals this month with the sale of the Miracle Mile Shops at Planet Hollywood, reportedly for $1.1 billion, according to a report in the Las Vegas Review-Journal.

The retail sector made gains following a sluggish first half of 2016, according to Colliers International’s third quarter retail report. Net absorption was more than 408,000 square feet in the third quarter, which drove the vacancy rate down to 8.6 percent. Since 2012, there have only been three-quarters of negative net absorption.

Retail is also improving because of gains in the economy.

“While taxable sales continue to be strong, we believe the retail market will continue to improve, and expect positive net absorption to round out the year,” John Stater, research and GIS manager at Colliers International Las Vegas, said.

The Nevada Department of Taxation reported second quarter Clark County taxable retail sales of $6.1 billion — up from $6 billion in the second quarter of 2015.

“Southern Nevada’s office market continues to emulate the local desert tortoise, with slow and steady improvement that actually picked up steam in the third quarter of 2016,” the report stated.

Vacancy in the sector dropped to 17.1 percent — a decrease of 1.1 percentage points over a year earlier. This drop comes with no new completions and a net absorption of 210,859 square feet.

Asking lease rates were also on the rise, hitting $2.01 per square foot on a full-service gross basis compared to last quarter’s $1.99. That’s also an improvement of the third quarter of 2015 when rates were $1.94 per square foot.

The industrial sector saw gains in demand following a softer market during the first half of the year.

“Demand for industrial space, which softened during the first half of 2016, roared back to life in the third quarter,” said John Stater, research and GIS manager at Colliers International Las Vegas.

For one thing, the sector’s vacancy rate dropped to 5.2 percent. That’s an improvement over the same time last year — 5.9 percent — and over the last quarter — 5.6 percent.

Net absorption in the local industrial sector stayed positive in the third quarter at over 1 million square feet, while completions brought in more than 640,000 new square feet to the market. The sector has posted positive net absorption since the fourth quarter of 2012, according to the report.

Some of the major projects going up around town include VanTrust Real Estate’s Northgate Distribution Center in North Las Vegas, where more than 1 million square feet of space is being constructed. And more than 3 million square feet are planned. Projects by Panattoni Development Co. and Harsch Investment Properties are going up in Henderson.

Meanwhile, in North Las Vegas other large players are building industrial spec space including Dermody Properties, Pauls Corp. and SunCap Property Group. And companies around the region in the industrial market are expecting growth. Plasticard Locktech International, a printer of loyalty specialty cards and keycard manufacturer, announced expansion plans at the beginning of the week. 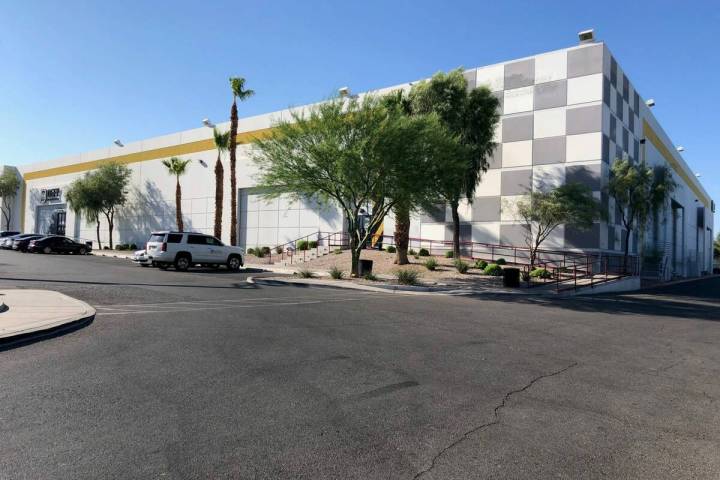 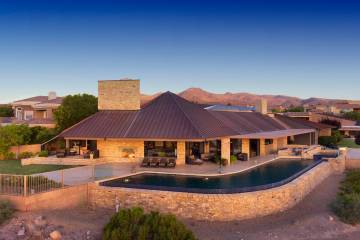 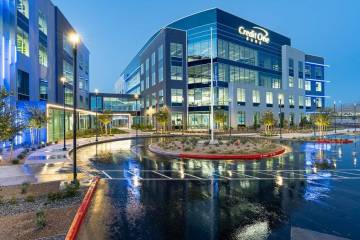