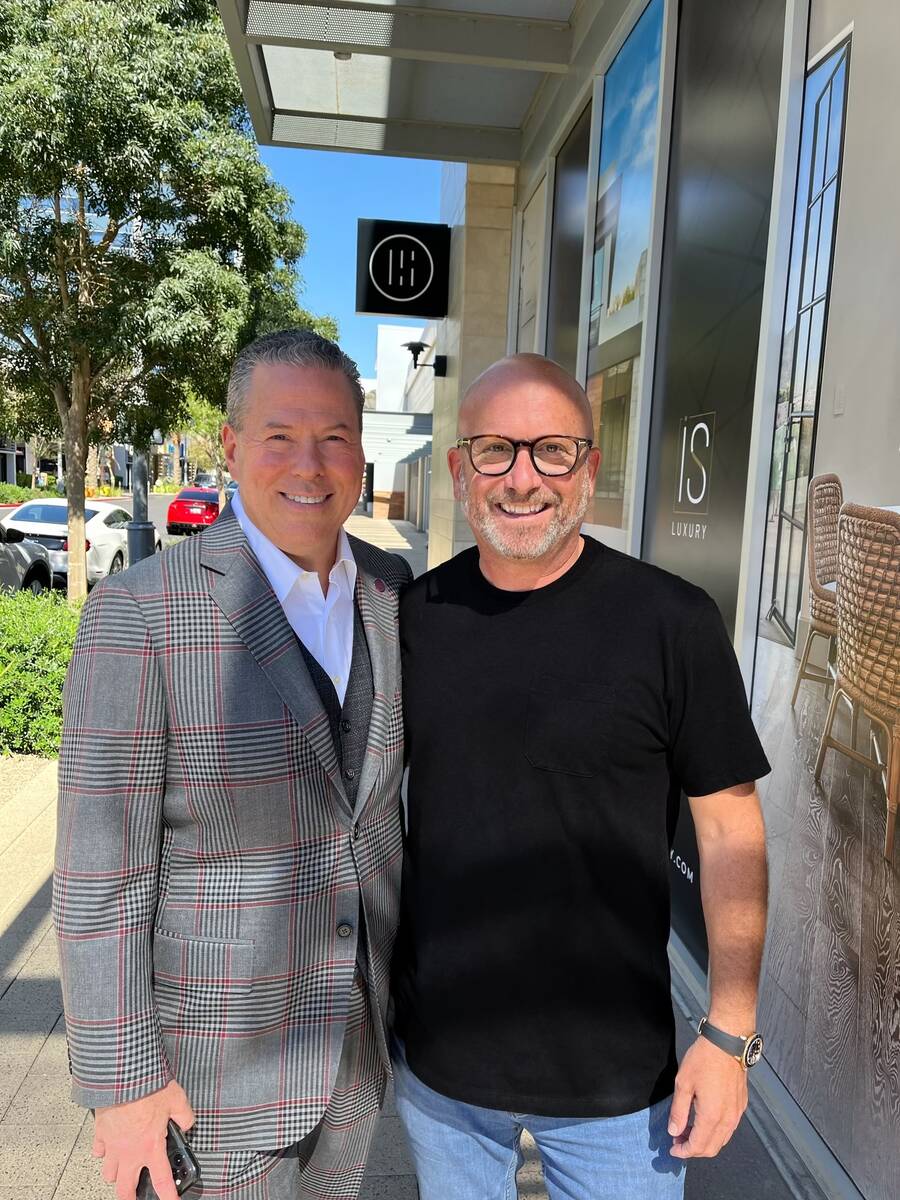 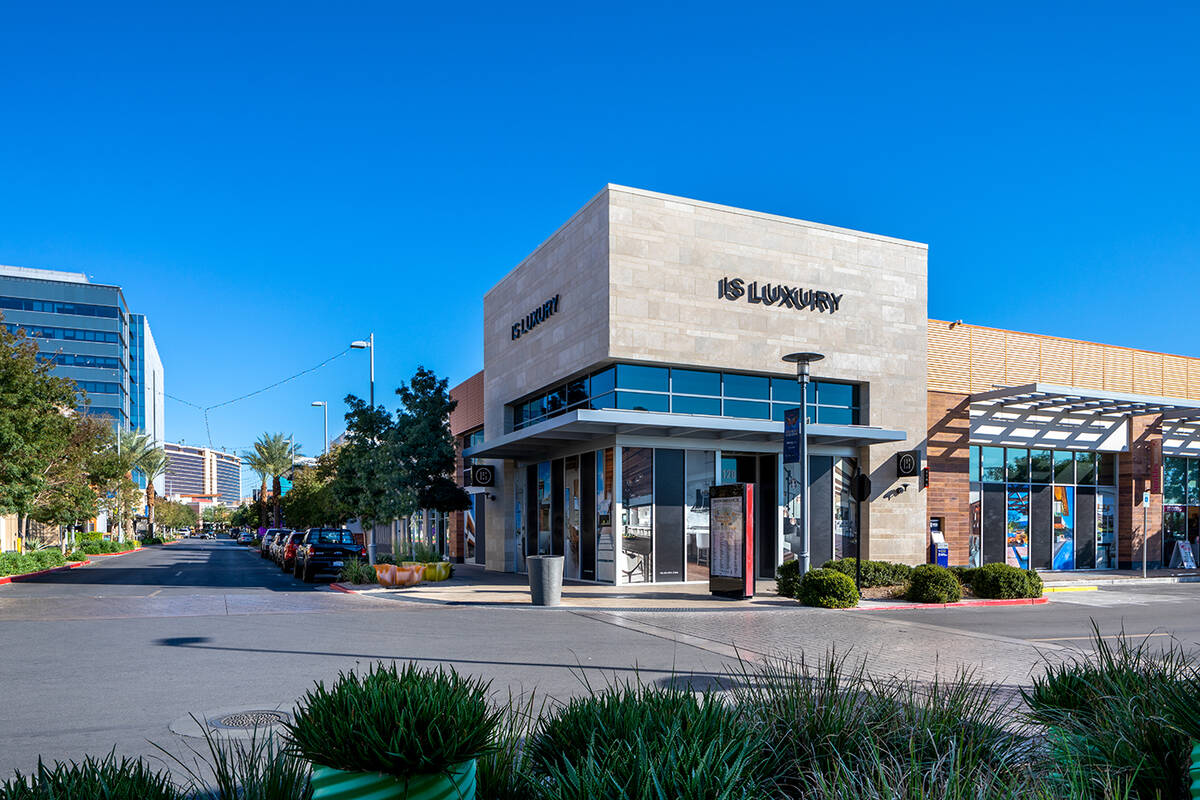 Luxury Realtor Ivan Sher has left Berkshire Hathaway HomeServices and formed its own independent brokerage, IS LUXURY. His new office is in Downtown Summerlin. (IS LUXURY)

The most successful real estate team in Nevada, led by luxury Realtor Ivan Sher, has left Berkshire Hathaway HomeServices and formed its own independent brokerage, IS LUXURY, and plans to expand to Utah and Southern California.

Formerly known as the Ivan Sher Group, the team has transacted more than $4 billion in sales since its inception in 2005. In a recently announced national list for 2021 as published by the Wall Street Journal, Sher’s group was recognized as the leading real estate team in Nevada.

The company said it recorded $760 million in home sales in 2021, a record for the team that has led Nevada for nearly 15 years. Sher’s team is known for representing business executives, athletes and celebrities over the years.

Sher’s team, which also had been the No. 1 team in the Berkshire Hathaway global network, has opened an upscale two-story office in Downtown Summerlin for his 15 agents and 17 administrative staff.

Moving to launch an independent brokerage is part of a national shift in the luxury real estate industry to boutique luxury firms, Sher said. He said Berkshire Hathaway has been “an invaluable partner to us and (vital) to our success,” but he added branching off on his own was a natural transition after more than 20 years. He said he felt it was the right time to venture into additional markets outside Las Vegas as an independent firm.

“It just made sense to me to start my own brokerage,” Sher said. “I got the autonomy and independence to run my own show with Berkshire Hathaway. It’s the right time to grow and launch a luxury brand. There’s an entrepreneurial side to me. From a dollars and cents side, it almost makes sense to stay with Berkshire Hathaway, at least initially. But there’s a thirst I have for growing.”

IS LUXURY has also formed an exclusive marketing partnership with Forbes Global Properties, an international media and marketing platform that showcases the world’s finest luxury homes for sale.

Sher’s team is the exclusive partner of FGP in the Las Vegas and Henderson region. With the FGP affiliation, Sher plans to expand his firm into top luxury markets beyond Southern Nevada, including Park City, Utah, and Newport Beach, California.

“I noticed that so many of my clients have second homes in Newport or Park City, Tahoe, Scottsdale or Aspen, and if I’m in control of my own business, it allows me to expand into those markets,” Sher said. “Now, I feel like I have the ability to do so at my discretion, albeit more costly because it will be on my dime as opposed to working with someone like Berkshire Hathaway. This is an opportunity for me to create a network of clients and service them in multiple markets. I want to be in three other markets in the next five years. It’s not a monetary goal because I know the money follows if I do everything else right.”

Sher said he has run into his clients in Newport Beach and Park City, and thought that would be a great place to start.

They know him and his team already, he said. Sher starts the new venture at a time luxury sales are down and there are fears of a recession. He began the process a year ago when the market was at its best.

“You are right, the timing isn’t the best,” Sher said in response. “But in every market we get to, we create our own market. My agents are the best in class in the city and most of my agents do more business than my competitors do. There’s never a right time to do something, and you have to go with your gut.”

As part of the firm’s rebranding efforts, IS LUXURY introduced a new logo and has relocated to office space in Downtown Summerlin. Sher said he envisions the space as a hub for events and social gatherings, as well as a convenient location to do business and meet clients.

IS Luxury is at 2130 Park Centre Drive in a 6,200-square-foot office. The former retail location interior was demolished and a 2,000-square-foot mezzanine added to create two levels. It’s the only nonretail space on the street level in Downtown Summerlin.

Mark Stark, chairman of Berkshire Hathaway HomeServices Nevada, Arizona and California Properties, and who has worked with Sher since 2000, said becoming an independent brokerage was a natural progression for the company’s top global team.

For more than 20 years, Stark said his company has operated with a business-service model in which sales executives can build a brokerage within their brokerage, and take on the additional risks and rewards that come with owning your own company. Sher is the eighth to have done so through four markets in three states, and the two have spoken about this opportunity for an extended period, he added.

“Ivan Sher is clearly in a category of his own,” Stark said. “He has built an incredible business, and we are so very proud to have been part of IS LUXURY’s evolution into forming their own brokerage and expanding their reach to other states.”

Stark said this sends a message to anyone who wants to start their own brokerage of the opportunities with Berkshire Hathaway.

“We’re thrilled for Ivan and wish him the best,” Stark said. “I know Berkshire Hathaway is not happy in having him separate from their brand, but the way we are structured the executive model is very favorable to the sales executive side. And that’s why we continue to grow.”