Skip to content
Sign up for our newsletter
section-ads_high_impact_1
BY BUCK WARGO SPECIAL TO LAS VEGAS BUSINESS PRESS
June 4, 2018 - 7:28 am 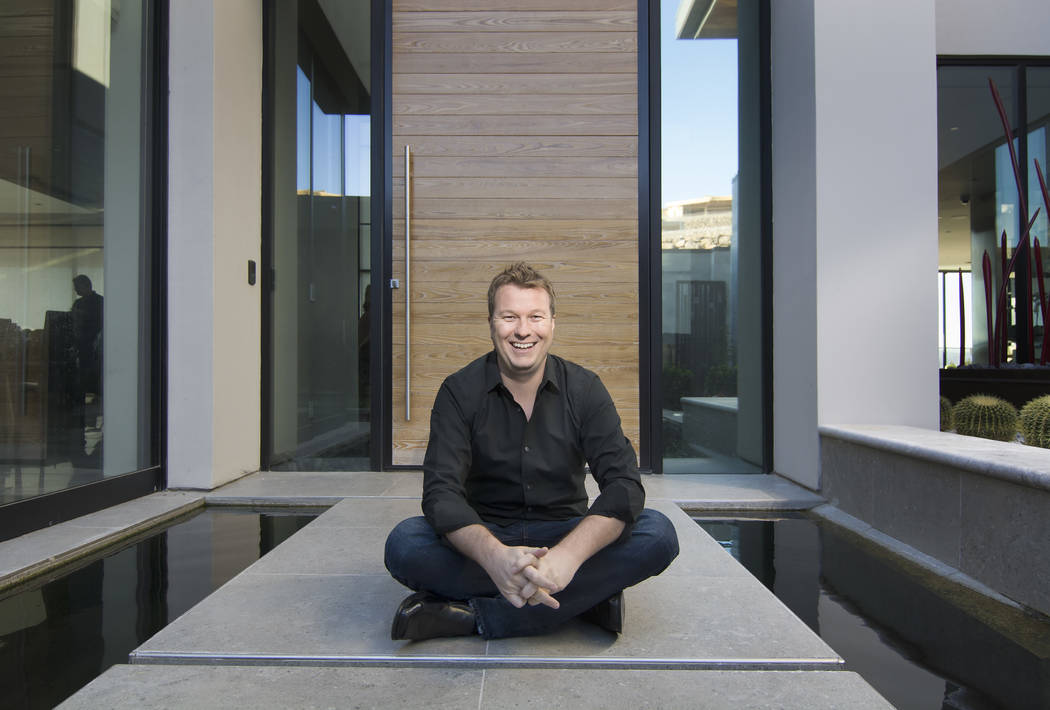 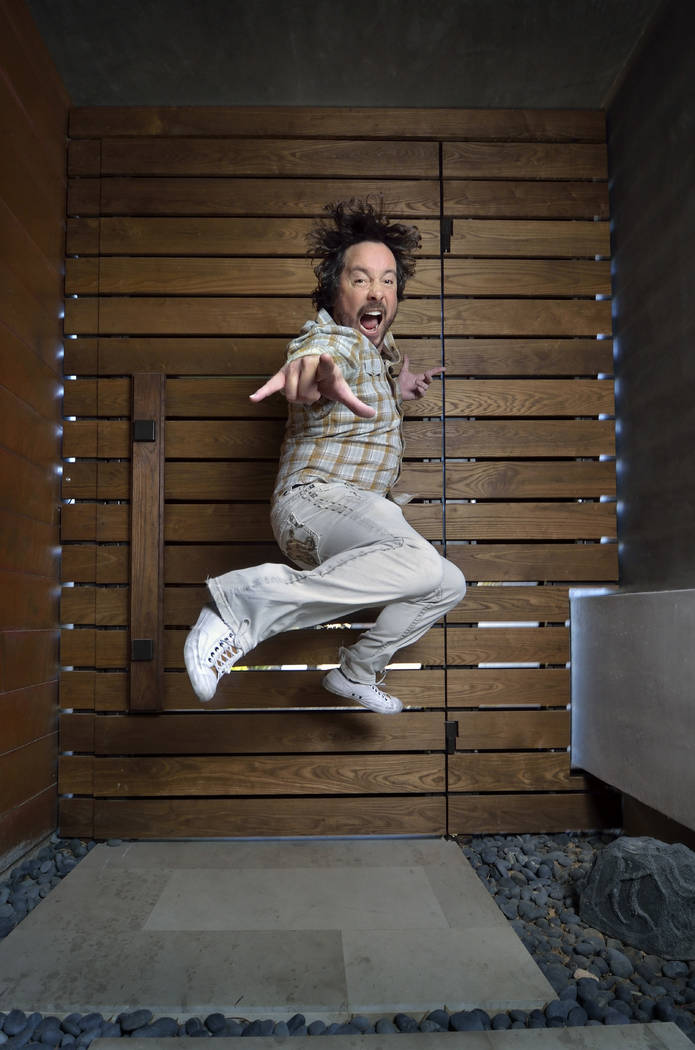 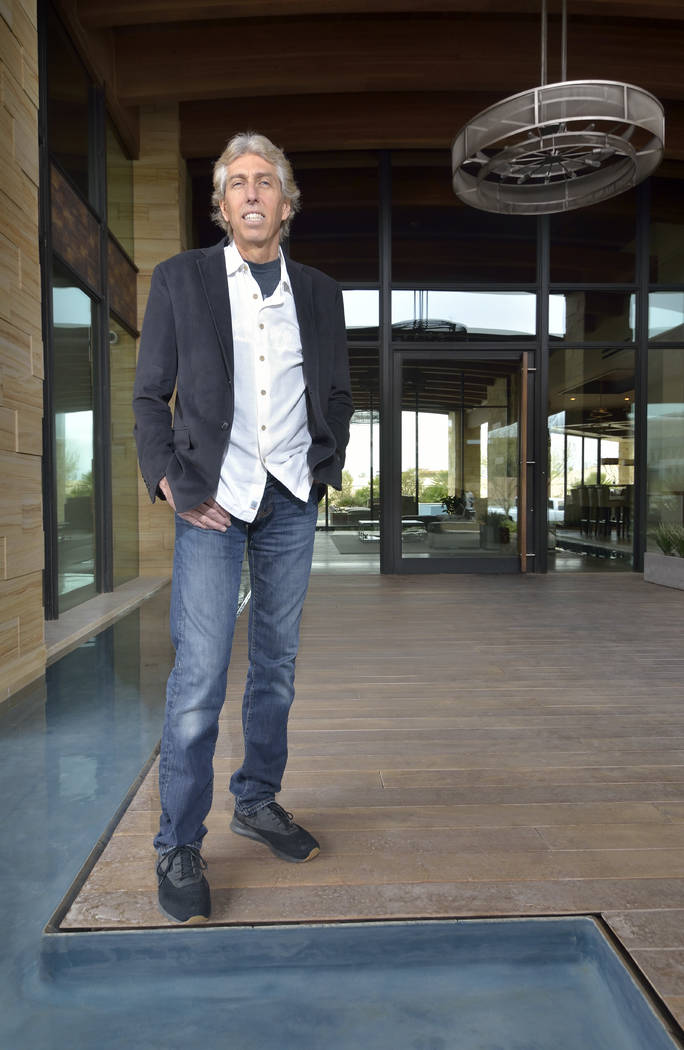 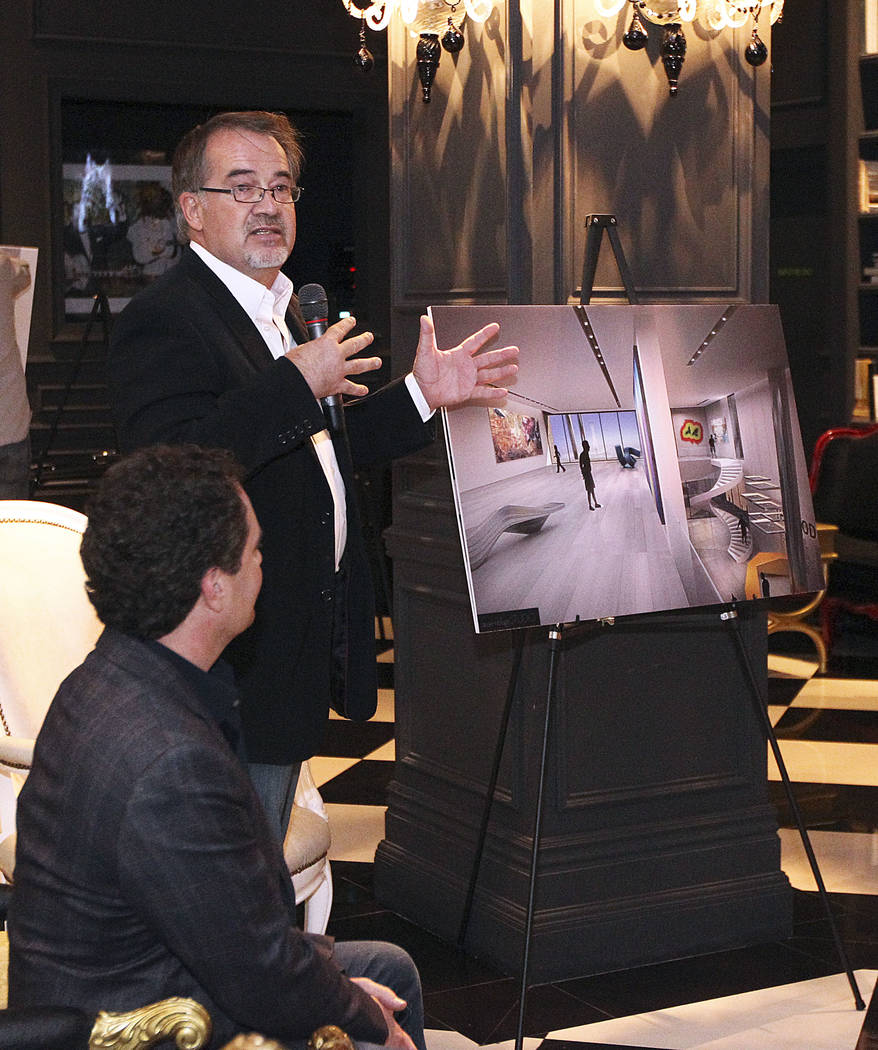 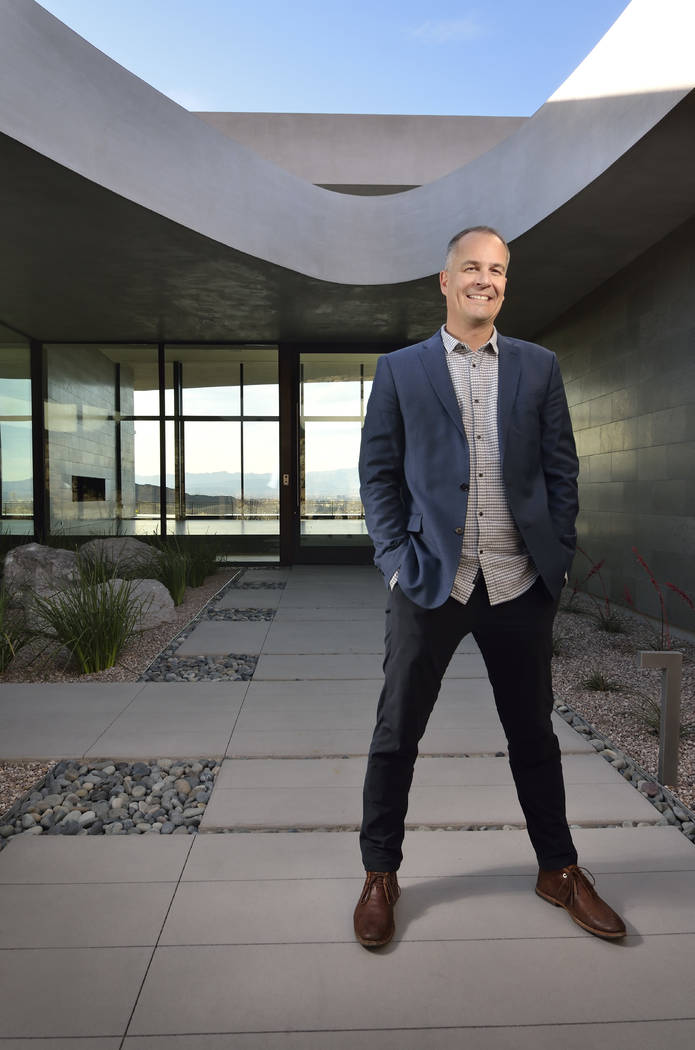 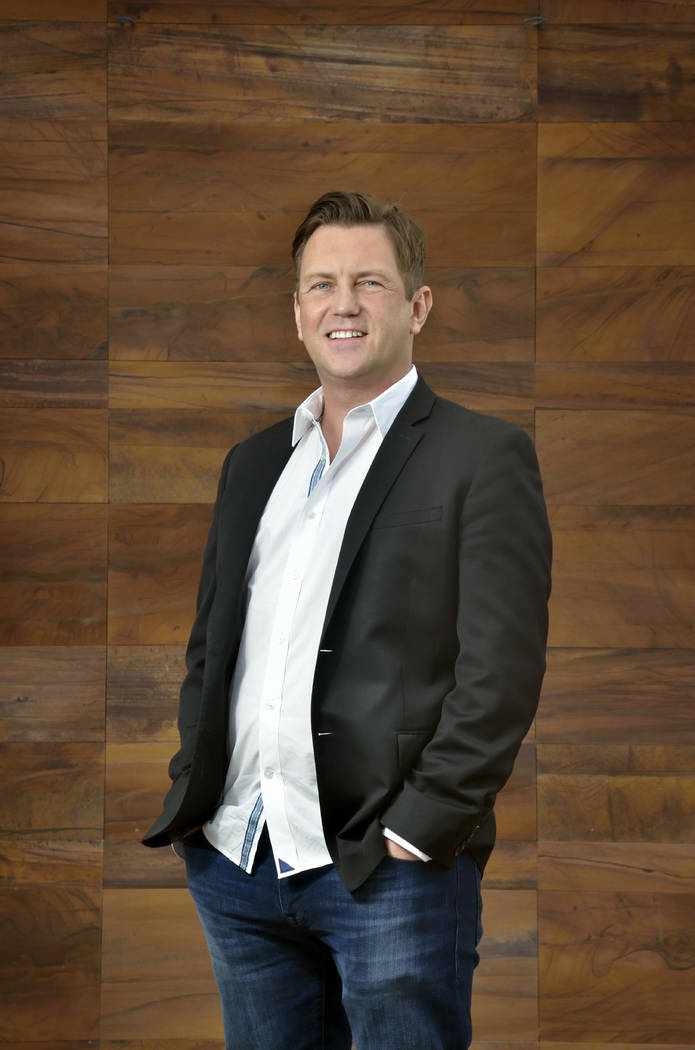 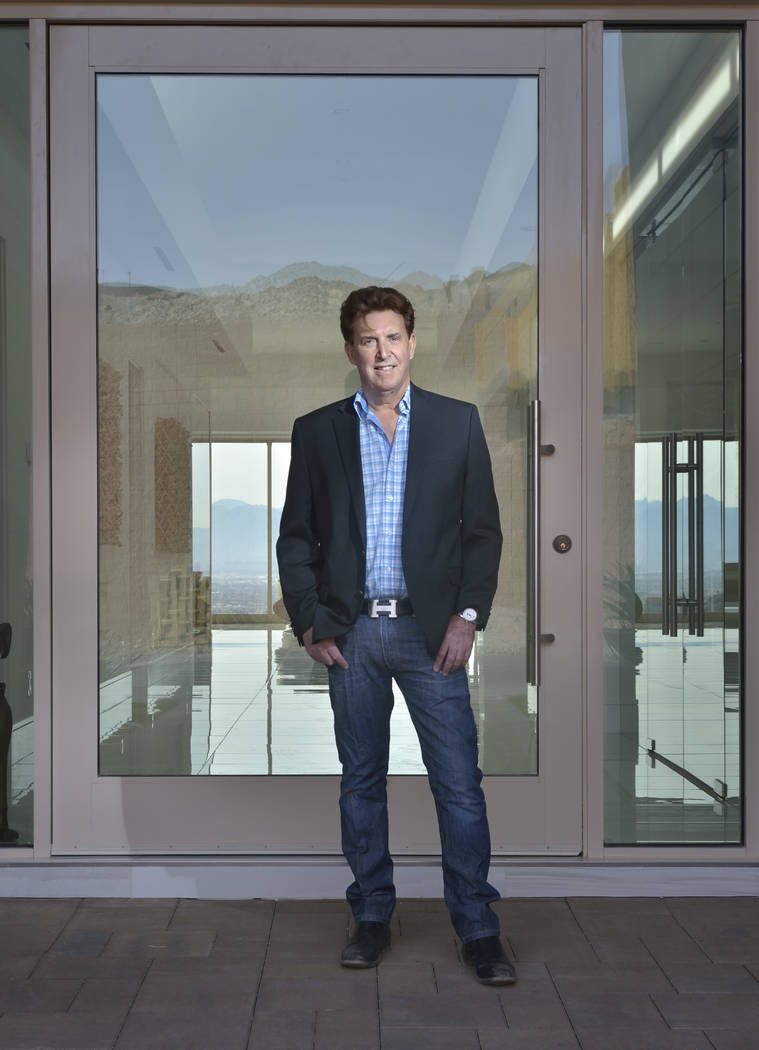 Eight of the leading Las Vegas luxury architects, builders and residential designers talk about the recent home design trends and how the modern style is replacing Tuscan and Mediterranean styles in the valley. Most have embraced the popular modern look that has become common in new luxury home communities.

The 46-year-old started his company more than 19 years ago and has done projects in Ascaya, Summit Club, MacDonald Highlands and The Ridges. He said contemporary is where it’s at today.

However, he’s not done with Tuscan design, since one client from Texas wants a Tuscan home in Lake Las Vegas because that’s what the client feels the most comfortable with.

“I used to love that style, and it was very successful for us, but people are looking for something different,” Boesenecker said. “Contemporary is taking over now. And the style we’re doing here, they want in California.”

Coletti said his design-build company has created more than 500 custom homes in Summerlin, Henderson and the rest of the valley over the past 30 years. He said he’s seen how Tuscan homes have lost their popularity over the last three to five years. People want more contemporary homes in which he uses glass, wood and stone.

“They are timeless,” said Coletti, 54. “Wood has been used forever. Natural stones are the same way, and glass fits together. When you put those three elements together, it’s everlasting. I’m known for designing pools with every house, and I integrate the pool and water features. Our signature is the indoor-outdoor living space integrated with water.”

Coletti said he’s done his share of Tuscan-style homes but has no regrets because they were beautiful styles, and they were popular with customers for many years. He said the Mediterranean style in Las Vegas was influenced by California, but the city is large enough to create its own style that has a desert feel.

“Tuscan is definitely in the past,” Coletti said. “Will it come around again? It could take a long time. I think right now we are getting closer to what should be built than ever in our past. Our architectural themes are finally matching our desert environment. We’re creating a lot of open glass areas where you can view out to the natural desert surroundings and mountains beyond.”

The 39-year old started his firm at the end of 2010 upon moving to Las Vegas from California. His company also works on hotels and design work inside high-rises. He has strong views on what he saw with Southern Nevada residential architecture.

“I wouldn’t call it architecture,” Gardner said. “I would have called it stucco architecture. Las Vegas has been very good about doing thematic architecture and replicating other places. I was fairly disappointed in generally what we had. Everything was made with stucco.”

Gardner, who’s done projects in MacDonald Highlands, The Ridges and other luxury communities, said some of the younger architects, like himself, have tried to “push and elevate the level of design, and it starts by creating a unique piece of architecture” in Vegas homes.

“We’re in a transition period,” Gardner said. “We went from Mediterranean period to all-out contemporary boxes to now the design is more unique and individualized.”

Gardner said he’s worked on homes using rammed earth and that it’s better to use more natural materials than the “harsh feel of stucco,” which has been a standard in Las Vegas.

“I think we’re really starting to grow up,” Gardner said. “I think one of the challenges from a design standpoint is we have the Strip, where the mentality is to shock and awe with design and throw everything at you, because you’re trying to put everybody in sensory overload. That is what Vegas has been known for in the design world, and now we’re starting to see a level of sophistication and refinement.”

The 42-year-old was born and raised in Las Vegas and started his own firm in 2011. He has designed homes in The Ridges, Summit and Ascaya, and most are priced between $3 million and $6 million.

“We do modern designs and very clean lines and tend to erase the boundaries between indoor and outdoor,” Hoogland said.

Before the wave of Tuscan and Mediterranean homes, there was a ranch style wave, Hoogland said.

“I think the architecture we like to do is very clear and clean, so you understand at first glance the overall concept of the house,” Hoogland said.

“We’re not trying to add gingerbread or decorate our homes. We are trying to create serene and peaceful spaces. I don’t feel this pseudo-Mediterranean or pseudo-Tuscan architecture is true architecture. The American home, if you break it down, has not really changed much at all in the last 100 years.”

The 40-year-old has been exposed to the industry his entire life, starting with his dad, who was a local custom homebuilder. He’s worked with architects since he was in high school and started his own company 14 years ago.

Jones built three modernistic homes to be showcased by the National Association of Home Builders when it holds its convention in Las Vegas next year after spending three years in Orlando. He said Southern Nevada has been lost for a long time architecturally, but that started to change a decade ago. The Tuscan, Mediterranean and even Spanish styles don’t make sense for Las Vegas, he said.

Historically, architectural styles tend to develop over hundreds of years and in response to a climate, culture and geographic area, Jones said. A Tuscan farmhouse is built with local materials.

“We’re one of the youngest major cities in the country, so we haven’t had but a couple of years to evolve our own style or come up with a true architectural vernacular that fits Las Vegas in our time and place,” Jones said. “For us, that’s what our Vegas Modern is doing — looking closely at our climate and build an appropriate style in response to the extreme heat and sunshine you get.”

That includes designing homes for shading and allowing indirect natural sunlight so there doesn’t have to be a lot of lights on, Jones said. There’s a heavy use of glass, and the architectural form is determined by whether a home faces north or west and by how the sun moves across the sky.

“We have a strong indoor-outdoor relationship, because that is a lifestyle thing,” Jones said. “The climate is beautiful here. Even though it’s hot in the summer, there are ways to create some pleasant outdoor living spaces and integrate those seamlessly with the indoor spaces.”

Luke is the veteran in the design scene in Las Vegas, having started his firm 32 years ago in 1986 after he moved to Southern Nevada from Australia. The 64-year-old has done luxury homes throughout the valley.

Luke said he started his career in Australia doing modern and contemporary designs and didn’t learn Mediterranean and Tuscan styles until he moved to Nevada.

“Now, I’m right back to where I started,” Luke said. “I think it was America’s love affair with Europe that was the style demanded in the 1980s. They identified a classy home as Mediterranean style, and everyone wanted to emulate that. I grew to like it and appreciate it, but it’s nice to get back to contemporary and strip down all the façade and let the bones of the architecture speak for itself instead of dressing it up with lipstick. We’re growing up and getting more contemporary and modern.”

Luke credits the influence of Howard Hughes Corp., the developer of Summerlin, and Rich MacDonald, the developer of MacDonald Highlands, for identifying the need to change the trend away from Tuscan to contemporary to attract more international buyers.

“Las Vegas is on the forefront now,” Luke said. “There’s a big demand for high-end custom homes with high ceilings and indoor-outdoor feel where the flow is from the inside to the exterior and use of pocket doors. Our climate is so great, except in the summer, that you can take advantage of it. You don’t have bugs that preclude Florida or California from doing that, and we have the views of the Strip and mountains that we can take advantage of with glass and steel and limited walls.”

Robillard, 45, moved to Las Vegas in 2006 from Boston to work on the Fontainebleau (now The Drew Las Vegas) and started his own firm more than two years ago. He has designed a home that measures more than 13,500 square feet that will be built in the Summit Club in Summerlin.

“I think the housing in Las Vegas has been kind of disappointing, but over the last 10 years, there’s been more of a trend to a more contemporary design,” Robillard said. “With the economy roaring back, we’re seeing more opportunities. The mindset of a lot of the higher-end clients is definitely trending much more in line with the kind of architecture I like to do and feel good about doing.”

Architects in town need to be more responsive to the climate and sites to enhance views and better orient the homes for heating, cooling and the sun, he said.

Robillard said he started his own studio because he wanted to work on smaller projects. When he worked as an architect in the commercial industry, projects didn’t always move forward, and that’s frustrating, he said.

“I tend to approach the design of the home in slightly a different way,” Robillard said. “There’s nothing formulaic about it. Every project is unique and tailored to the client and their lifestyle. Before we get into aesthetics and material selections, we listen to them and the way they live. Everybody has such different behaviors and habits. Some people like wide, open spaces, and sometimes they prefer traditional planning where every room has its own function.”

Robillard said the younger generations are fueling the movement to more modern designs, and that trend will continue.

Strain, 56, moved to Las Vegas in 1970 when he was 8 and got interested in architecture because his grandfather was a contractor who did his own drawings. He started his firm 21 years ago and said he’s never done a Tuscan project in his career. He’s designed homes in high-end communities in Henderson and Summerlin, and he said the focus is on designs that are appropriate for the environment.

Strain said no one incorporates more glass in homes than he does. He said it’s important to allow indirect light without allowing heat to penetrate the space.

“I think it’s a sign of the times, and the style has caught on around the country,” said Strain, an associate professor at the UNLV School of Architecture. “We have been doing this kind of work for 20 years.”