Skip to content
Sign up for our newsletter
section-ads_high_impact_1
By Stephanie AnnisSpecial to the Las Vegas Business Press
December 13, 2015 - 7:24 pm 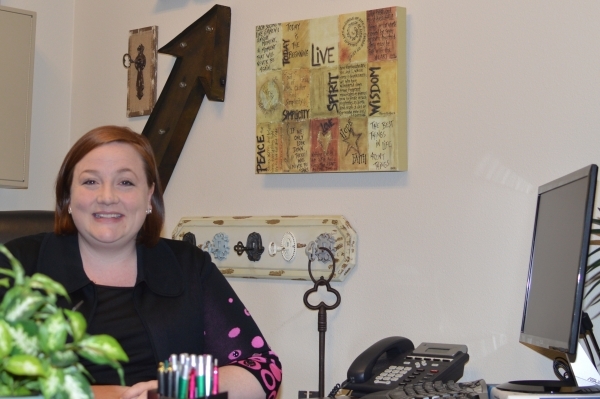 Melissa Zimbelman came to Las Vegas in 1998 while in the midst of pursuing her real estate education and licensing. Starting with a Better Homes and Garden broker, she learned the trade the old-fashioned way.

“One of the first brokers I had said, ‘Open the phonebook and start calling people,’ ” she recalled. However, the difficult taste of telemarketing didn’t discourage her.

Being in the office every day, Zimbelman said, gave her the opportunity to get to know and learn from other realtors in the office.

After gaining a little experience, Zimbelman was asked to join a team. That team turned into Realty Executives. She said she learned a lot there because it was a “high-preforming” firm with a lot of transactions. “It was kind of like real estate on steroids; it was awesome!” And, it allowed her to polish her craft.

Like many other agents, Zimbelman followed her broker to Sothebys Realty where she worked a few years until the market downturn. It was at that time she decided to go out on her own. It just made sense, she said — she was well established and confident in her abilities.

Today she is the owner/broker of LUXE International Realty.

Zimbelman recently was named the national president of the Women’s Council of Realtors (WCR) for 2016.

“I think I’ve been a little bit of an overachiever my whole life from the standpoint of I’ve never been concerned about how old I was or what was going on. It was just if there was an opportunity, I was going to push until I got there.”

Q. How far have you come since you opened your brokerage, LUXE International Realty, six years ago?

A. Initially, (we) had 28 properties that we managed and now we manage 300. It was just me at that point and one other agent that I brought with me. Now we have several agents and several administrative people. And now we’re managing 300 homes in addition to representing buyers and sellers.

Q. What challenges face women in the real estate industry?

A. I think balance is probably the biggest thing. Because in leadership roles specifically … as far as anyone can remember in history, it’s been a male-dominated leadership position in most real estate brokerages, and in most real estate organizations it’s male-dominated. So, I would say probably for most women trying to balance raising a family, keeping their home life going, and running a successful business, a lot of times on their own because most realtors are independent.

Individual realtors are just out there trying to navigate the business. So I think probably balance and trying to excel in a business while still keeping a family going is usually one of the tougher things to do.

Q. What do you suggest to women to differentiate themselves in this industry?

A. I would say, find what your niche is and find what you’re really good at, and focus on that. I think this is one of those industries where you can get very finely spread among so much that is going on between maybe trying to do property management and residential very well, and dabble in high-rises, and dabble in commercial. I think the problem is most people need to find a niche that works for them, and then just become a real expert at that.

Q. You were recently named president of the national Women’s Council of Realtors after serving as president-elect and in other roles. What does your new position entail?

A. The biggest thing is kind of being the figurehead for the national organization. We’re a division of the National Association of Realtors that’s been around since 1938. We have a long history of really successful women realtors, which is great. I’m the spokesperson for that organization as well as I travel around the country and teach leadership classes and skills to people, and do orientations for chapters to help other women with their leadership and mentoring skills.

Q. What are your goals for the organization as you embark on your year as president?

A. I think the biggest thing as we’re coming again out of the downturn in the market is just kinda the revitalization of being involved with an organization. I think when the market was in a downturn, a lot of people walked alway from a lot of the extracurricular real estate stuff they were involved with because of time and money. I think now just being able to show members, present and former members, the value of being involved. And really showing them that women are leaders in every facet of their life; whether it be at church, at PTA, at city council, or in their own real estate business. We really are leaders. So we’re just really honing those leadership skills and be able to empower women.

Q. What do you enjoy most about being part of the Women’s Council of Realtors?

A. I think Women’s Council has done an amazing job of really trying to come into every real estate community and show women that they bring a unique perspective and that they bring a lot to any industry and community that they’re in, and really empower those women to be better than they were. I think, for me, just getting to be a part of that and knowing that women are better for it, all over the country, is a really big deal.

Wwhen I was the local chapter president we put together a charitable organization called Gayle’s Closet. We paired up with Shade Tree to donate business attire and clothing and accessories for women, specifically so that those people could go out interview and get jobs. It was in memorial of a past Women’s Council president, Gayle Brown Fox. Our thought was if we can help women and children here locally that’s a big deal.

Q. Having worked through the “Great Recession,” how do you see the economy now from the real estate perspective?

A. I think we’re still improving, and I think we still have a ways to go. I think people will tell you there’s still probably a quarter of the valley that’s under water on their homes. They still owe more than they are worth. So obviously getting to a point where everyone would break even or everyone would be back into an equity position would be great for the real estate industry, but we’re not there yet.

Traditionally, a healthy market grows about 3 (percent) to 5 percent annually and we’ve seen such large swings over the past eight years that we’re kind of back on a stability track right now. And I think that’s healthy. I think everybody feels good about at least making some upward movement, even if it’s not a drastic swing. I think we still have a ways to go but I think we’re definitely on a healthier track of appreciation and bettering of the economy.

Q. What changes or lessons came out of the “Great Recession,” and what is being done differently now?

A. I think lending has changed; that has probably been the biggest shift. For a while, we all know that if you had a pulse you could get a mortgage and we’re back to a point now where lending has tightened up a little bit; some people will say too much. But you really have to be very cognizant of your credit and cognizant of how you’re spending your money, and what your income looks like and what your debt is. We’re back to a point where all that matters. So I think just being very cautious and cognizant of how you are managing your money is more important than ever for people who are going to hope to be homeowners again.