Skip to content
Sign up for our newsletter
section-ads_high_impact_1
BY BUCK WARGO SPECIAL TO LAS VEGAS BUSINESS PRESS
March 25, 2019 - 3:19 pm 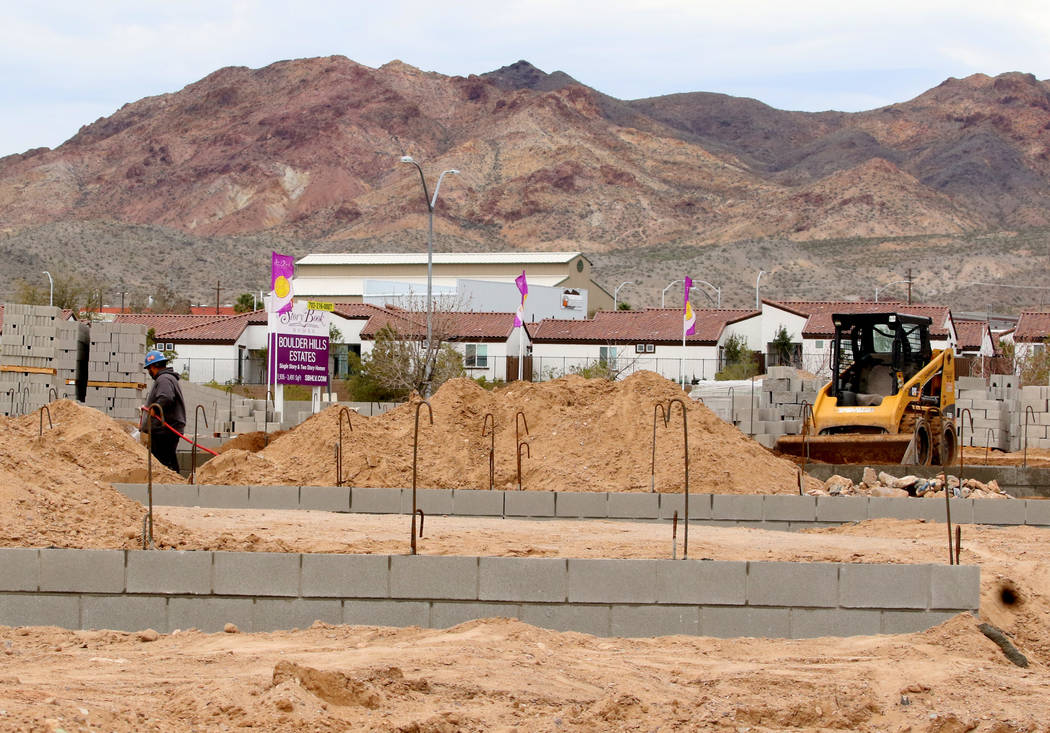 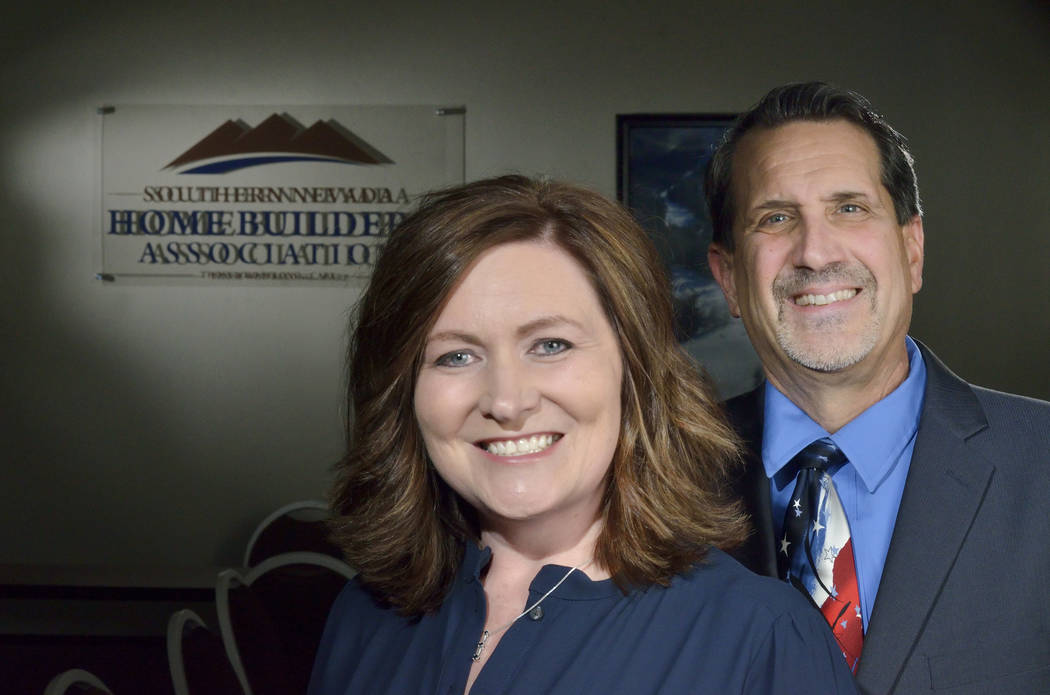 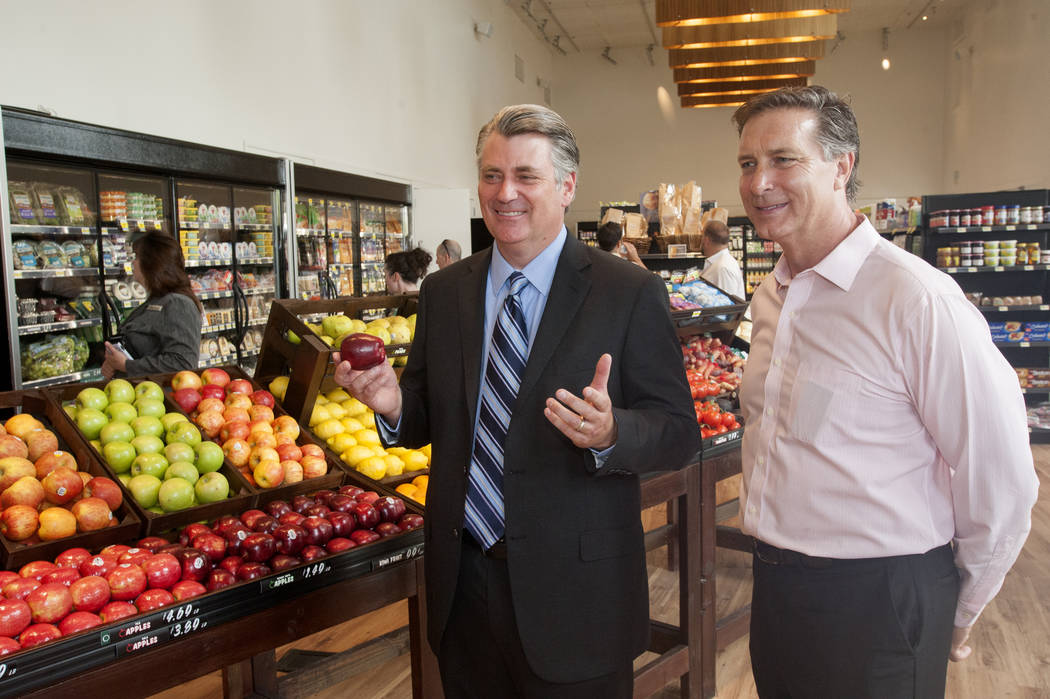 Southern Nevada’s homebuilders had a right to be concerned during the fourth quarter of 2018 when sales dipped after a strong showing for most of the year.

Builders were dealing with rising construction costs due to land, labor and materials and interest rates were rising to 5 percent and putting some buyers on the sidelines. On top of that, some economists expressed concern about a trade war and whether the U.S. economy would be in a recession by 2020.

When more than 150 homebuilders and members of the Southern Nevada Home Builders Association met at The Orleans last week, builders were feeling better about where the market is headed. The numbers showed that from closings and traffic, and there was a sense of relief that interest rates are falling to a 13-month low at 4.28 percent.

Home Builders Research reported that the 810 closings in February were 27 percent higher than February 2018. For the first two months of the year, the 1,421 closings are 75 more or 5.6 percent higher than a year ago. In releasing his numbers, Home Builders Research President Andrew Smith said the final two months of 2018 made the short term outlook, for the market “a bit worrisome” but sales figures “have rebounded nicely” since the start of 2019.

Builders pulled 926 permits in February, a 6.9 percent decline from February 2018, but Smith said the 2019 numbers are in line with a year ago by being up 0.2 percent.

“We see this as a positive signal and a sign that builders continue to have a positive outlook for sales in the near future,” Smith said.

It appears sales have been impacted by interest rates. Sales were flat during the highest rates and jumped again as rates moved down, Smith said.

“Right now on the outlook we’re cautiously optimistic and we’re seeing more traffic through our communities and more sales,” said Janet Love, president of Storybook Home and president of the homebuilder group, who was one of the featured speakers at The Orleans. “There’s a lot of excitement about the city with the Raiders and Golden Knights and getting a new stadium for the Aviators (AAA baseball team in Summerlin). Vegas is getting more of an identity.”

Nat Hodgson, CEO of the trade group, said homebuilding isn’t “spiking or dropping, but we’re steadily going on our way.”

“With the migration that we’re getting, we’re still not building enough houses for the demand,” Hodgson said.

Another of the featured speakers, Patrick Parker, president of Raintree Investment Corp., the developer of Lake Las Vegas, told the group about how half of their buyers are coming from California and how the price spectrum from $300,000 to more than $1 million has had activity.

“That is healthy when there’s interest in all price levels,” Parker said. “We’re not overbuilding in Las Vegas. We’re as an industry excited that the market is better but realistic and prepared to be ready for any changes. We don’t see any changes. A lot of people are excited because they see demand matching supply. We had a slowdown in the fourth quarter, but the spring time is off to a strong start and we will ride it.”

Even outside observers are talking about the Las Vegas housing market in positive terms. Last week, Wells Fargo’s economic team released a report that said the “combination of lower interest rates and lower new home prices should bring buyers back out this spring.”

The team predicted that nationally home sales will rise 2.9 percent this year and most of that gain should come in the South where homes are more affordable as well as affordable parts of the West, specifically naming Phoenix and Las Vegas.

“In Las Vegas in the new home market is gaining momentum and the rest of the country is losing it,” Wells Fargo economist Mark Vitner said. “The reason is if you look at what’s happening in Southern California and that the cost of developing lots has increased so much that it’s frozen a lot of people out of the market. In Las Vegas, it’s like many markets, it’s affordable for people coming into Las Vegas but not affordable to many people who live in Las Vegas. Home prices are rising rapidly, but it’s still more affordable than most places in the West.”

Vitner said the new federal tax law implemented in 2018 that limited deductions on state and property taxes has prompted Californians thinking about moving to Phoenix and Las Vegas to do so.

“That was the final straw because the cost of living in California has gotten even higher,” Vitner said. “It would be a pretty savvy move to have the benefit from the price appreciation from the last cycle and before things cool off.”

Vitner said the lower interest rates will be a boon to housing in Las Vegas in 2019 as long as they’re not a sign the economy is going to slow. Mortgage rates are down at least a one-half percent from December and they’re likely to stay there for most of the year, he added.

“Las Vegas took longer to recover than other markets, and that’s true of Phoenix,” Vitner said. “Most of the rest of the West has gotten really expensive and folks are looking to escape the higher prices and cost of living in California and the Pacific Northwest and things are going right in Vegas. The economy is more diverse. You had two choices when you came to Vegas. You either worked in the entertainment business or you retired. Now you can do all sorts of things. The health care sector and tech sector is growing. That’s pulling in a more diverse mix of new residents.”

While builders feel good about the market getting more active, Love said there are still challenges with material costs continuing to rise with the exception of lumber. Despite a shortage of labor, builders have been able to handle the growth in the valley so far, she said.

One concern is whether the Nevada Legislature will roll back construction defect legislation approved in 2015 that made it more difficult for builders to get sued. That has enabled builders to construct more town homes and condos and attached product that was one of the stories of 2018.

So far in 2019, Home Builders Research said that attached product through the first two months of the year is up 41 percent over 2018. By contrast, single-family new home construction is up 1.65 percent.

“If the law is rolled back, builders may not feel comfortable with attached products because those are the hardest high with lawsuits,” Love said. “As an association we continue to keep an eye on that.”

The other concern expressed by homebuilders at last week’s conference is about rising costs of land, labor and materials that make home more expensive and less affordable.

The builder group continues to work with cities and state law makers to help alleviate the problem over affordable housing with the No. 1 concern being land costs, Hodgson said. One solution is private public partnerships where homes are built on land owned by local governments or the Bureau of Land Management is petitioned by them to make federal land available for affordable housing, he said.

Land supply is a big topic in Las Vegas and across the nation, and Parker told the builders that it’s being done with in-fill development and increased density. He said he sees that happening in Las Vegas more, rather than builders constructing new homes in outlying areas. Those in-fill sites have the infrastructure and have greater demand, he said.

In his report, Smith pointed out that Case Shiller 20-city index showed Las Vegas led the nation with an 11.4 percent year-over-year price increase, the only city on the list in double-digits. While these figures pertain to both new and resale homes, the National Association of Home Builders/Wells Fargo Housing Opportunity Index fell to 35 percent nationwide when looking only at new construction, Smith said.

This means that throughout the country, only 35 percent of households can afford a median priced newly built home, Smith said. For both new and resale homes combined, the Las Vegas metro area has an HOI of 46.4 percent as of the fourth quarter of 2018, he said.

In February 2018, 35 percent of new home closings came in at or above $400,000. One year later, Smith said, those higher priced homes accounted for 45 percent of the total.

Homebuilders opened five new projects in February, Smith said. Of the 23 floor plans available in these communities, 21 are detached products and overall the floor plans average 2,874 square feet and have an average base asking price of $457,651 or $160 a square foot.

Nearly half of the total knew permits in February came from the Henderson and southwest sub-markets, Smith said. Lennar Homes accounted for over one-quarter of all permits for the month at 246 with DR Horton coming in second at 112. The most active projects were Mira Pointe by DR Horton in the Valley Vista master plan in North Las Vegas with 36. Colton Ranch from Beazer Homes also in North Las Vegas had 19, and Monterey in Mountains Edge by Lennar had 19, Smith said.

The largest builder parcel taken in February was KB Home’s purchase of the former Great Mall of Las Vegas site, a 52.4 acres in the northwest valley, Smith said.