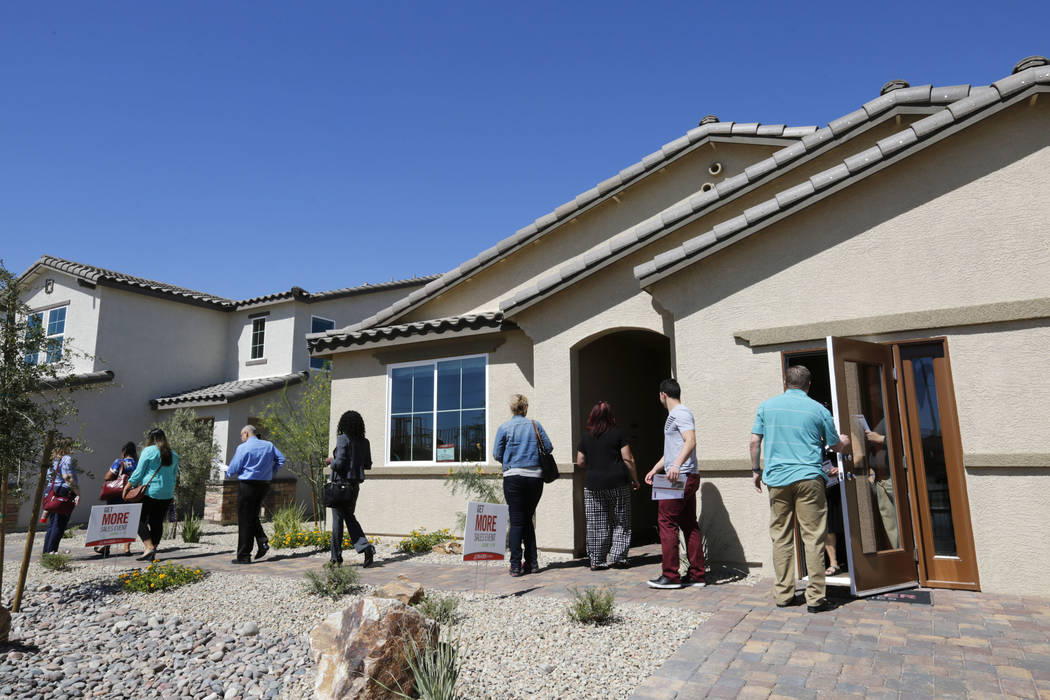 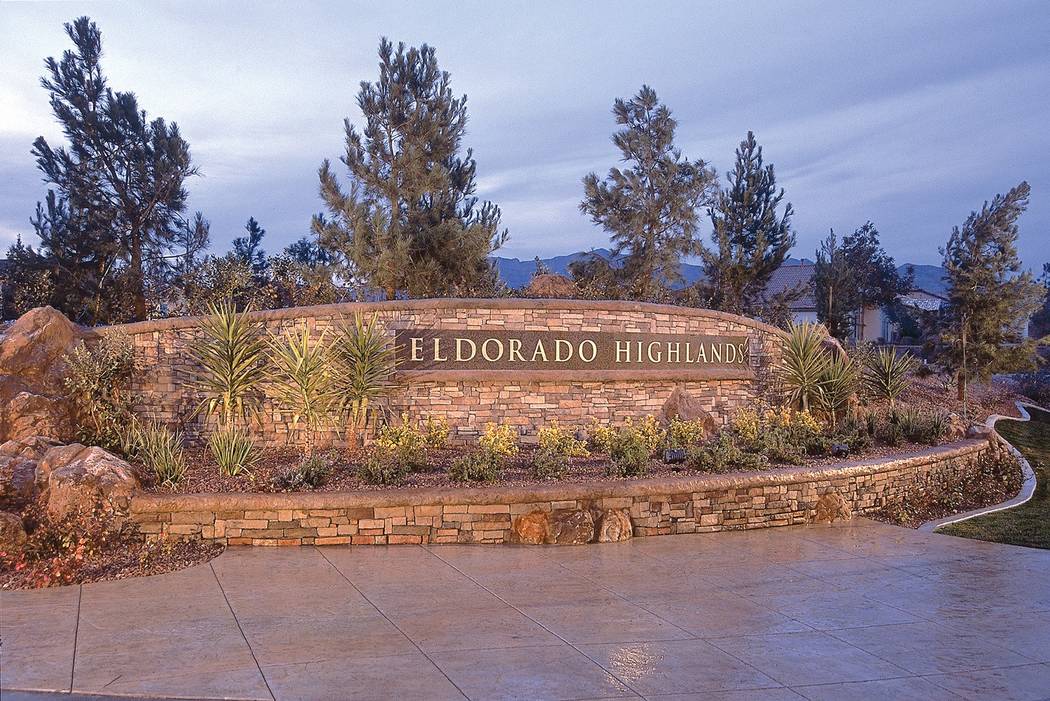 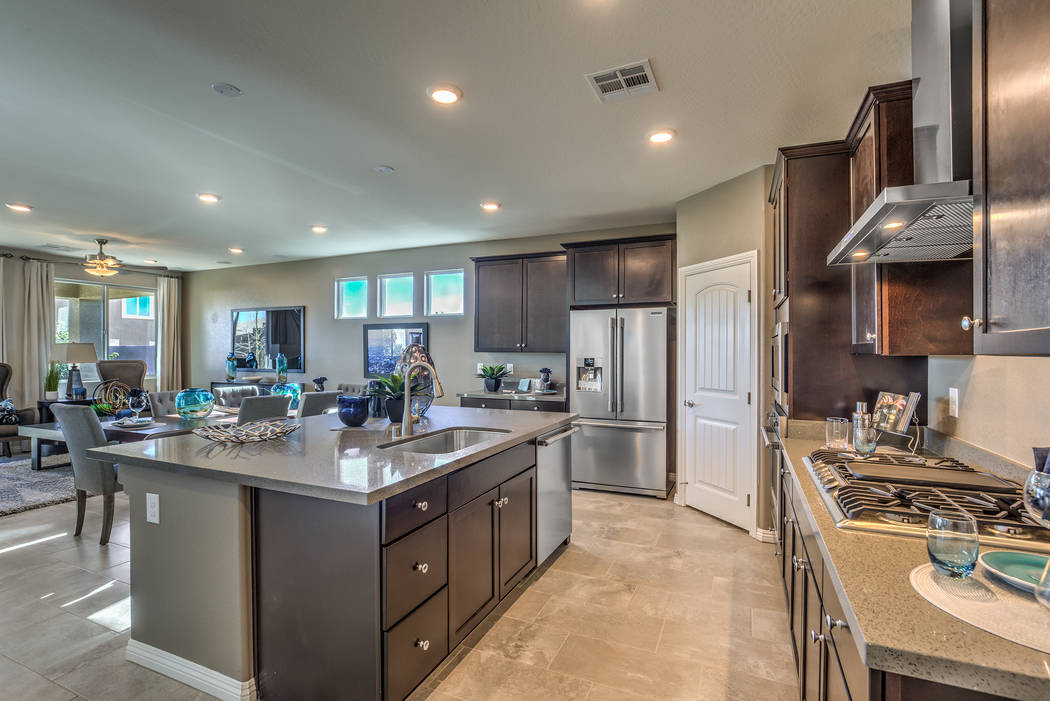 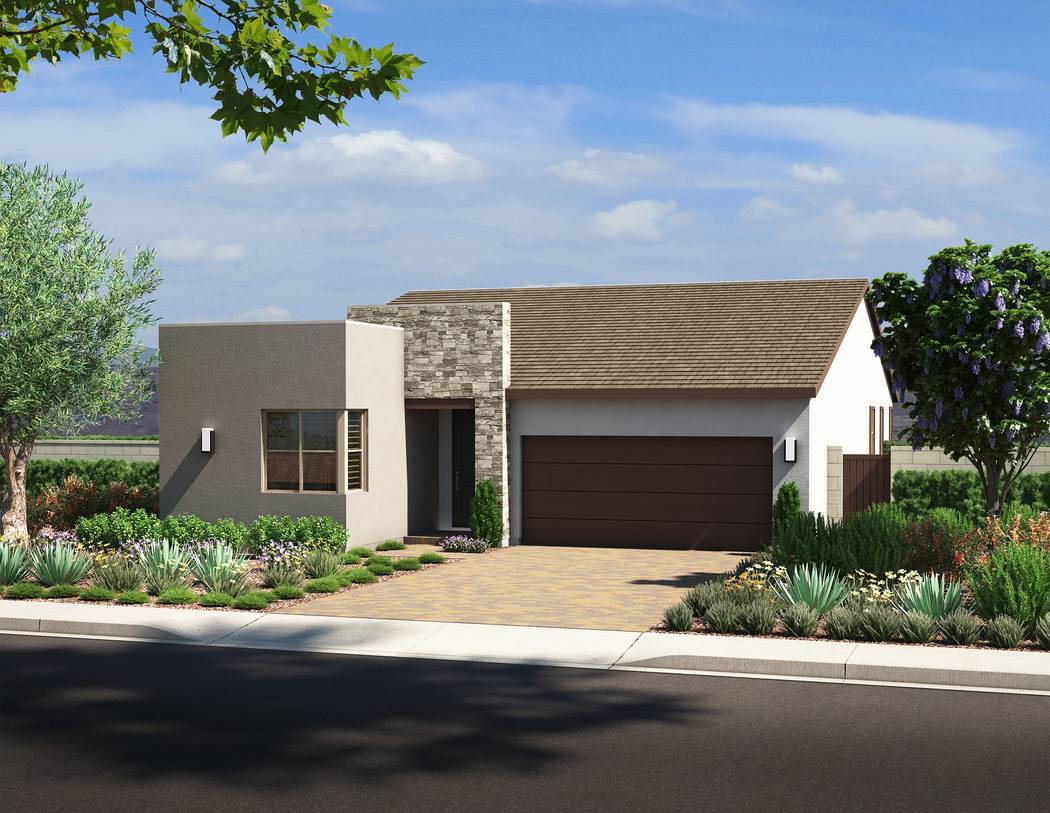 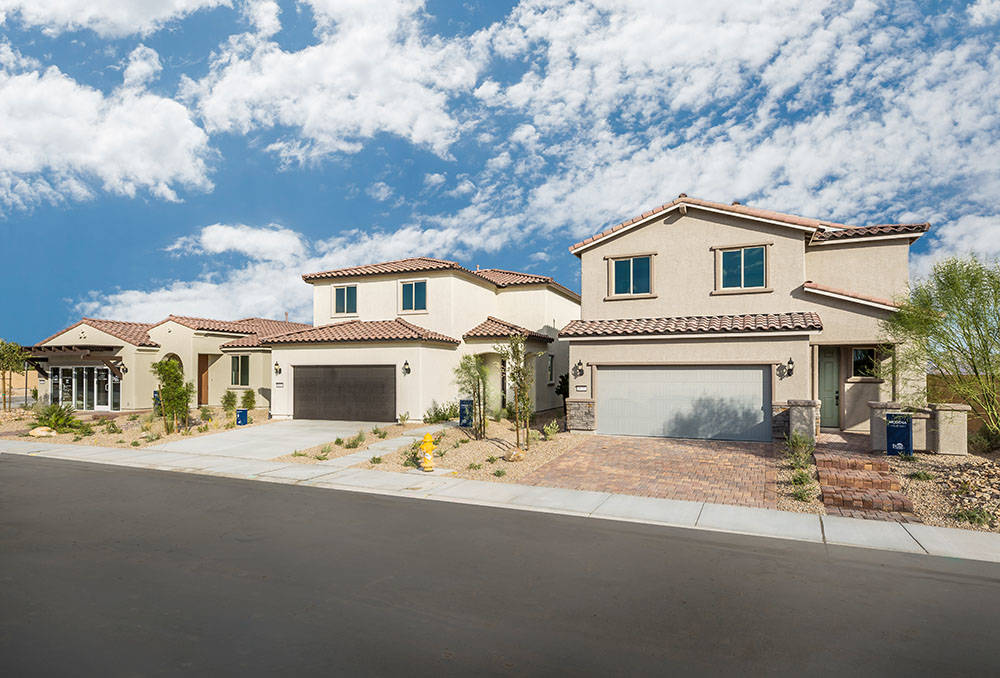 There’s a significant and sudden shift in the landscape of the Southern Nevada new-home market that shows no signs of slowing over the next several years.

A pie chart that Home Builders Research uses to show the breakdown of where new homes are sold has much more green shading this year.

That green in the pie chart represents North Las Vegas, which had 11 percent of new-home net sales in the first six months of 2018. That is well below other parts of the valley such as the southwest and northwest areas and Henderson.

Through the end of June, North Las Vegas’ share of the new-home market has reached 19 percent. It’s growing at the expense of the southwest valley, where the percentage of net new-home sales has dropped from 36 percent a year ago to 28 percent this year.

Every other part of the valley held its own. Henderson was 24 percent a year ago and is 23 percent this year. The northwest valley had 19 percent share, up 1 percentage point from a year ago.

The upswing in the north is understandable, according to builders and analysts. North Las Vegas has a lot of available land, and it’s also much cheaper — 25 percent or more in some cases — thus allowing builders to construct more-affordable homes that buyers are seeking. Builders were unanimous in praising the city for being development-friendly.

The average base price for active communities in North Las Vegas is $302,000 compared with $356,000 in the southwest valley, according to Home Builders Research.

“This is a significant change and logical shift,” Home Builders Research President Andrew Smith said. “It all goes back to land. Up until three to four years ago, some builders didn’t want to go into North Las Vegas. Eventually, they see the appeal of the land prices and that they have no choice. And the mayor (John Lee, with the city) has (streamlined) their permitting process.”

It’s not like all builders have ignored North Las Vegas, which was one of the fastest-growing cities in the nation in the middle of the past decade. Aliante, a 7,500-home master plan that opened in 2003, was ranked as the No. 4 master-planned community in the nation with 2,312 sales in 2005. Pardee Homes, which opened the Eldorado master plan in North Las Vegas 30 years ago, closed out Eldorado’s sales in 2018 with just under 5,000 in total sold.

Lee said North Las Vegas was dubbed the bedroom community of the valley in the past decade, but that’s changed with the growth of jobs and the city being a more desirable place to live with much-needed retail and other amenities and being more affordable.

Jobs are being created by Amazon, French cosmetic firm Sephora and others. Nellis Air Force Base is expanding. Downtown North Las Vegas is being revitalized, and the VA Medical Center is attracting residents.

Lee said most of the major builders are now in North Las Vegas when some said they would never return. Even luxury homebuilder Toll Brothers is considering building in the city, he added.

“We’re the bread basket over here with everything coming in our direction, and people are recognizing that,” Lee said. “And we don’t have the same reputation we had 15 years ago. We changed the reputation of North Las Vegas of gangs and drugs. This is an awesome community and growing.”

North Las Vegas Chief of Staff Delen Goldberg said Realtors across the valley have come to North Las Vegas to tour new homes and are surprised to find great homes with neighborhood parks that are 25 to 30 percent cheaper than elsewhere in the valley.

“They ask how can that be, and it’s because North Las Vegas is still affordable,” Goldberg said. “People on a budget can find the exact same house and amenities for 50 grand cheaper, so why not move to North Las Vegas.”

“Over the past year, the southwest area is replacing its communities at a basically one-to-one rate and North Las Vegas has opened nearly nine new projects for every one that is going off the market,” Smith said in describing the changing landscape.

In-fill sites in North Las Vegas with water and sewer were mothballed and went undeveloped in the Great Recession. They now are contributing to the area’s growth in addition to the opening of master-planned communities in 2018.

Pulte led the way in North Las Vegas home sales in the first half of 2019 with 62 at Sedona Ranch. Pulte was followed by Lennar with 61 attached homes at The Hudson; DR Horton 48 at its Expressions community; DR Horton with 43 attached homes at Mesa Verde; Century Communities with 37 at Ridgecrest; KB Home 36 at Tule Springs; Beazer 34 at Colton Ranch; Lennar 33 at Tule Springs; Richmond American 31 at Summit Peak; and Lennar 30 at Davyn Ridge.

North Las Vegas officials said Woodside, Touchstone and Kavison are among builders that are new to the city or haven’t constructed in many years. Other builders are DR Horton, KB Home, Pardee, Harmony Homes, Greystone, Lennar, Beazer, Richmond American, Century Communities and Pulte.

“If you looked two to 2½ years ago, three builders were up there, and now half of all my builders are building up there,” said Nat Hodgson, CEO of the Southern Nevada Home Builders Association. “Some are just getting started, and when you see a full year, there’s going to a bigger shift in market share.”

The land has been relatively affordable, and the home prices are lower than the southwest, and buyers are understanding that and accepting that, according to Klif Andrews, division president for Pardee Homes. After closing out Eldorado, the company is building in Tule Springs. Home are priced between the $300,000 to $550,000 with 50 percent first-time buyers. It has sold 250 homes and plans to buy more lots in Tule Springs.

“To convince buyers to buy great homes in North Las Vegas has been working well for all of us,” Andrews said. “There’s the job creation that’s been very heavy on the north end of the valley with warehouse and logistics, and we’re finding a lot of our buyers are moving there for proximity with their jobs. The best way to describe it is there’s a big market shift from other markets to North Las Vegas that will continue to happen for the foreseeable future. We’ve been out in North Las Vegas for 30 years and expect it to be successful.”

Nicole Bloom, division president for Richmond American Homes, said it has opened four communities in the second half of 2018 and sold about 150 homes. In the company’s first extensive foray in North Las Vegas, it sees an opportunity for single-story homes near the VA hospital, as 12 percent of sales are related to veterans. The company has prices that range from the mid-$200,000s to lower $300,000s.

That affordability is driven by land prices when a builder might pay about $400,000 an acre for land outside of a master plan in North Las Vegas compared with $650,000 an acre in the southwest valley, Bloom said.

“There’s a need there and not enough homes. You had people working there and leaving to live someplace else that can now live and work there. We’re not the only ones making our business plan for the foreseeable future, but a lot of builders are. I think there’s a five-to-10-year run (for builders) with all of the available land.”

As for the timing of the North Las Vegas surge, Kunec said that coming out of the recession land prices were lower throughout the valley and builders gobbled up parcels in the land-constrained southwest. Builders since have focused on North Las Vegas, where land is more readily available and more affordable. Master plans driving growth will push share North Las Vegas’ share of the new-home market just beyond 20 percent, Kunec said.

“Everyone is trying to focus on affordability, and our prime goal (at KB) is entry-level housing,” said Kunec, who talked about having “a fairly significant presence in North Las Vegas.”