Skip to content
Sign up for our newsletter
section-ads_high_impact_1
BY BUCK WARGO LAS VEGAS BUSINESS PRESS
July 30, 2019 - 9:31 am 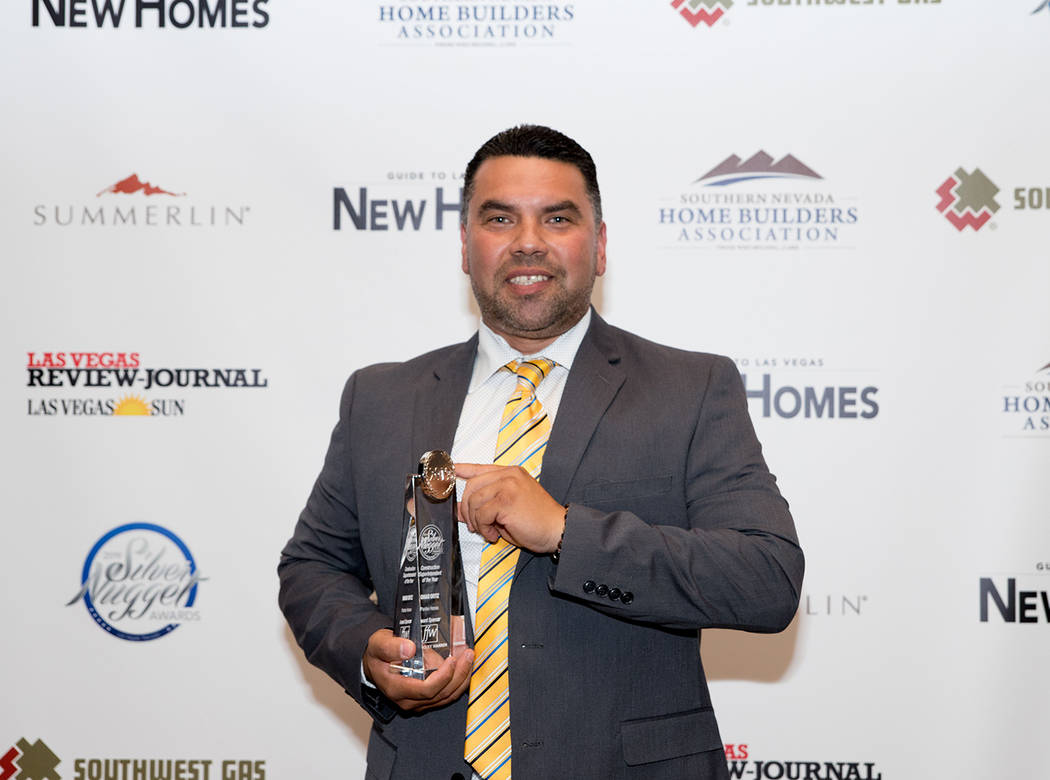 Omar Ortiz is no stranger to hard work, and it’s paid off over the course of his lifetime.

Raised by single mom, who was a migrant farm worker, the Texas-born Ortiz worked alongside her in the onion fields and got his first taste of construction when he was a teenager.

That led to a career of building spec homes for his own company when he was 18 and relocating to Las Vegas to become a construction superintendent for several valley builders.

In 2016, Pardee Homes hired Ortiz as its construction superintendent for Axis in Henderson, what the company calls its most complex and highest-price community in its Southern Nevada portfolio. Homes at Axis start at $1 million.

The 43-year-old’s work with Pardee at Axis culminated in him being named Construction Superintendent of the Year in the Silver Nugget awards. The other finalists were Shandon Parker of William Lyon Homes and Matt Wegner of Pulte Homes.

Ortiz’s interest in construction started when he went to work for his uncle’s concrete company in South Texas when he was 14. He became drawn to construction and started taking drafting classes in high school.

“I enjoyed doing it,” Ortiz said. “Hard labor is something that’s been implanted in me. You have to work hard, and it will pay off in the end.”

Ortiz graduated to doing framing work, cabinetry and roofing, which led him to build a spec home when he was 18. Borrowing money from his future father-in-law, he spent $55,000 building the home and $10,000 on the lot and sold the home for $105,000.

That prompted him to build another spec home, and he became a general contractor at the age of 20.

Ortiz decided in 2006 to accept a position for Kimball Hill Homes in Las Vegas working as a construction superintendent. The housing market crash and a layoff three years later sent Ortiz back to Texas before returning to Las Vegas in 2011. He worked for Houston Contracting as a project manager and Ryland Homes as a lead construction manager until Pardee made him an offer.

Pardee Homes Division President Klif Andrews said Ortiz’s customer satisfaction rating is 97.5 percent. The company’s nomination called Ortiz warm, personable, unflappable and someone who operates with the precision of a professional athlete. He played college baseball at the University of Texas-Pan American and has coached his sons.

“He’s the captain of an impressive team at Axis that worked together to deliver 23 homes with a combined value of $31 million in 2018,” Andrews said. “The home designs, matched with customizations per house and a high level of buyer expectations, led Omar to create a weekly Axis neighborhood meeting. This process involves construction, customer service, sales and the design studio and helps ensure all are up-to-date on each home and therefore capable of providing accurate, real-time communication to buyers, vendors and subcontractors.”

With the innovative designs adding to the complexity of the homebuilding, Ortiz is involved at every level managing and communicating with his team, Andrews said. Ortiz speaks Spanish and can offer direction to subcontractors unfamiliar with the modern, semi-custom designs. He makes himself available to a clientele of buyers who range from an Instagram star and entrepreneurs to professionals and international buyers, Andrews said.

When Ortiz was younger, he considered a career as a physician’s assistant. He said the job as a construction superintendent is like being an on-call physician with buyers contacting him late at night, weekends and holidays to talk about their homes under construction, discuss options and ask for advice.

“Homeowners are looking for that attention, and you need to give it to them,” Ortiz said. “The most important thing is having that relationship with my homeowners at Axis, and it’s demanding. They come up with ideas if this can be done or that can be done for these semi-custom homes and reach out to me and trust my decision and answers whether I think it’s a good idea or not.”

Ortiz’s job includes working with Henderson building inspectors and fire officials and monitoring the assistants who work under him. He also is chairman of safety for Pardee in Las Vegas.

To be successful in his job, Ortiz said, it’s vital to have patience and hold it together mentally and emotionally when something goes wrong as it occasionally does.

“You have to stay focused and calm so you can troubleshoot and make the right decision,” Ortiz said. “Patience and having good mind strength is what you need to be a great superintendent.”

Omar Ortiz and his wife, Aide, have been married for 21 years. They have three sons and one daughter.