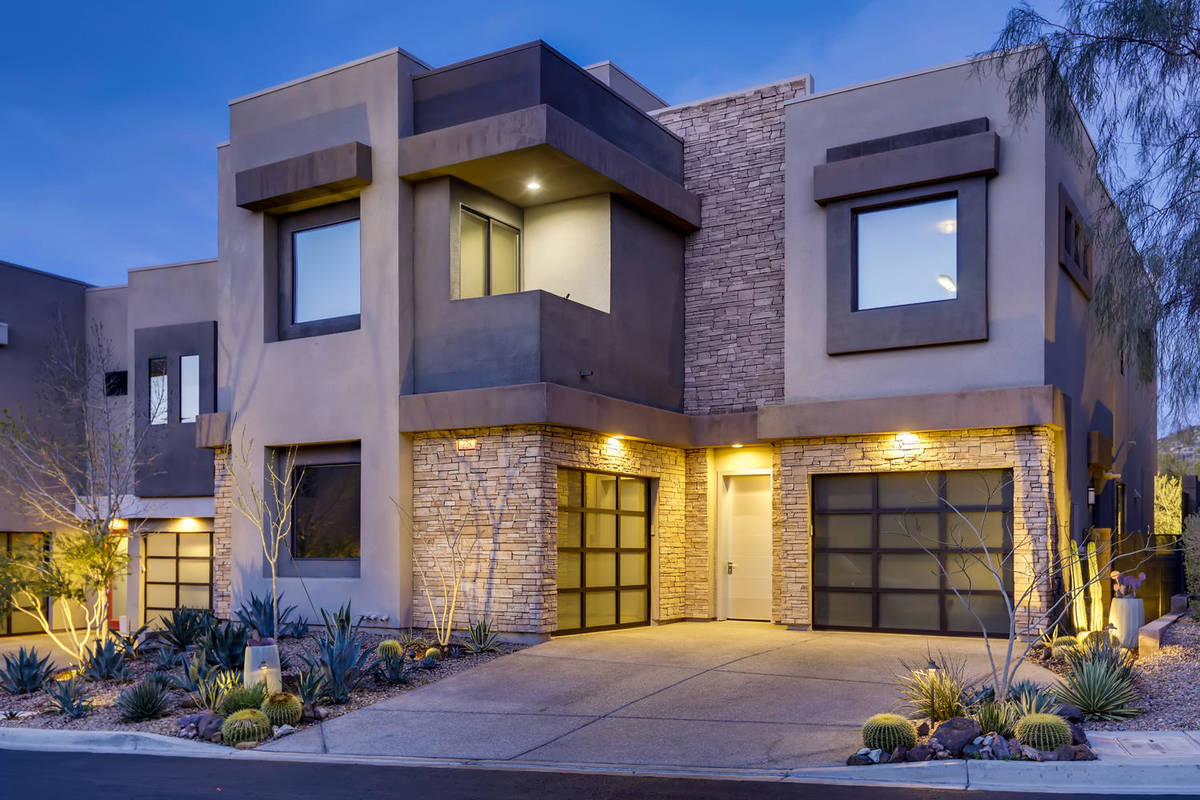 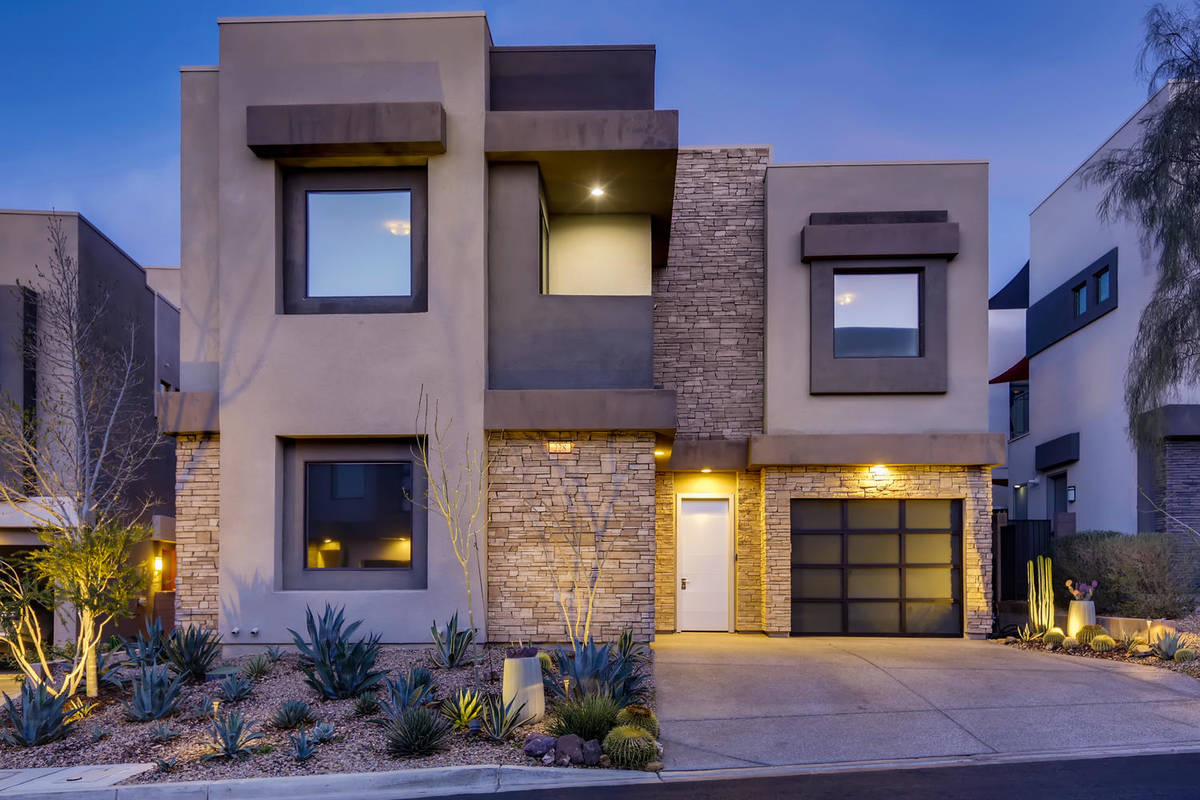 Safety Damarious Randall closed June 10 on a home in the McCullough Hills area of Henderson for $700,000. (eXp Realty) 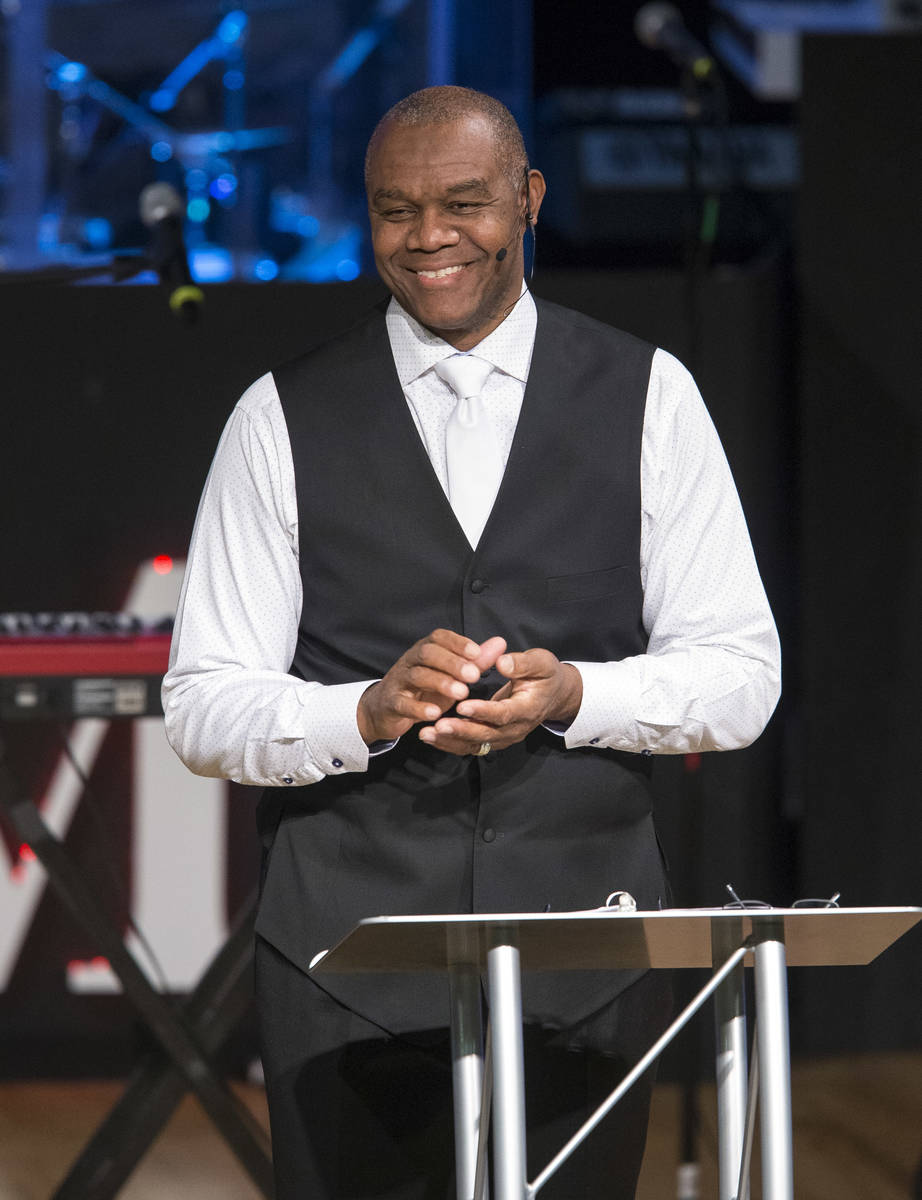 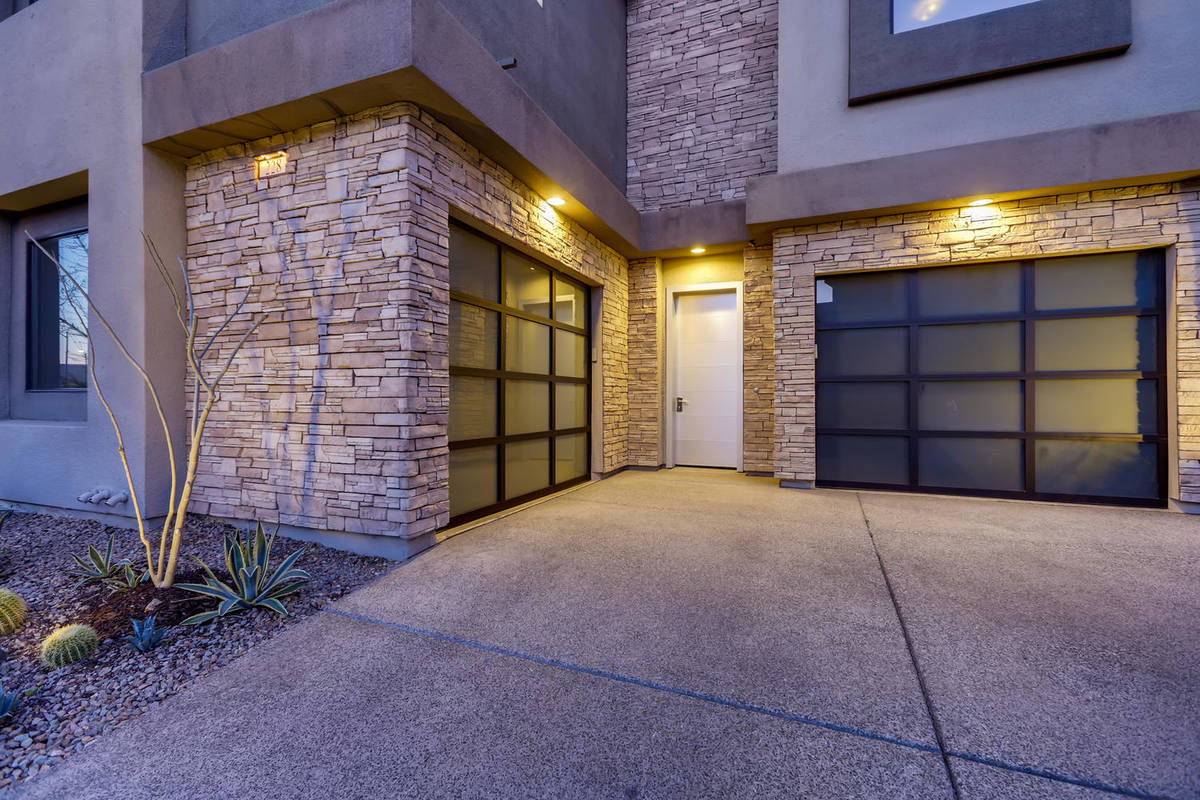 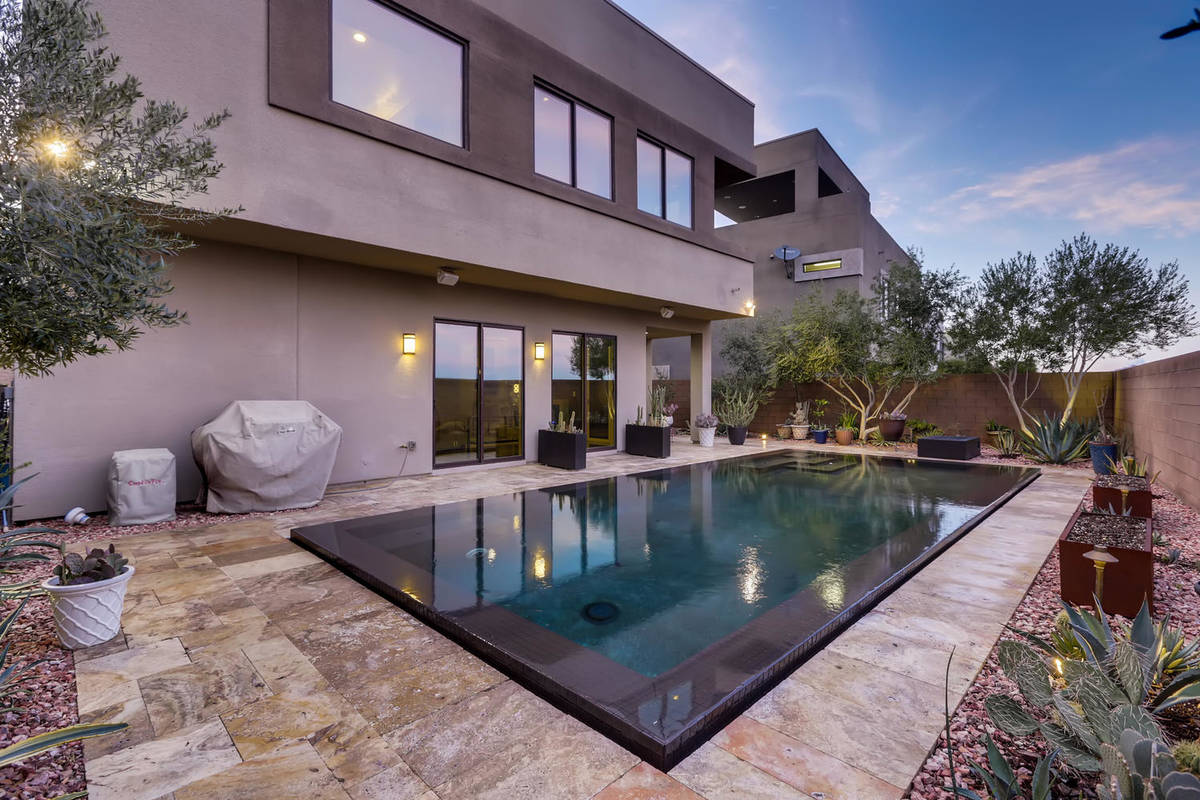 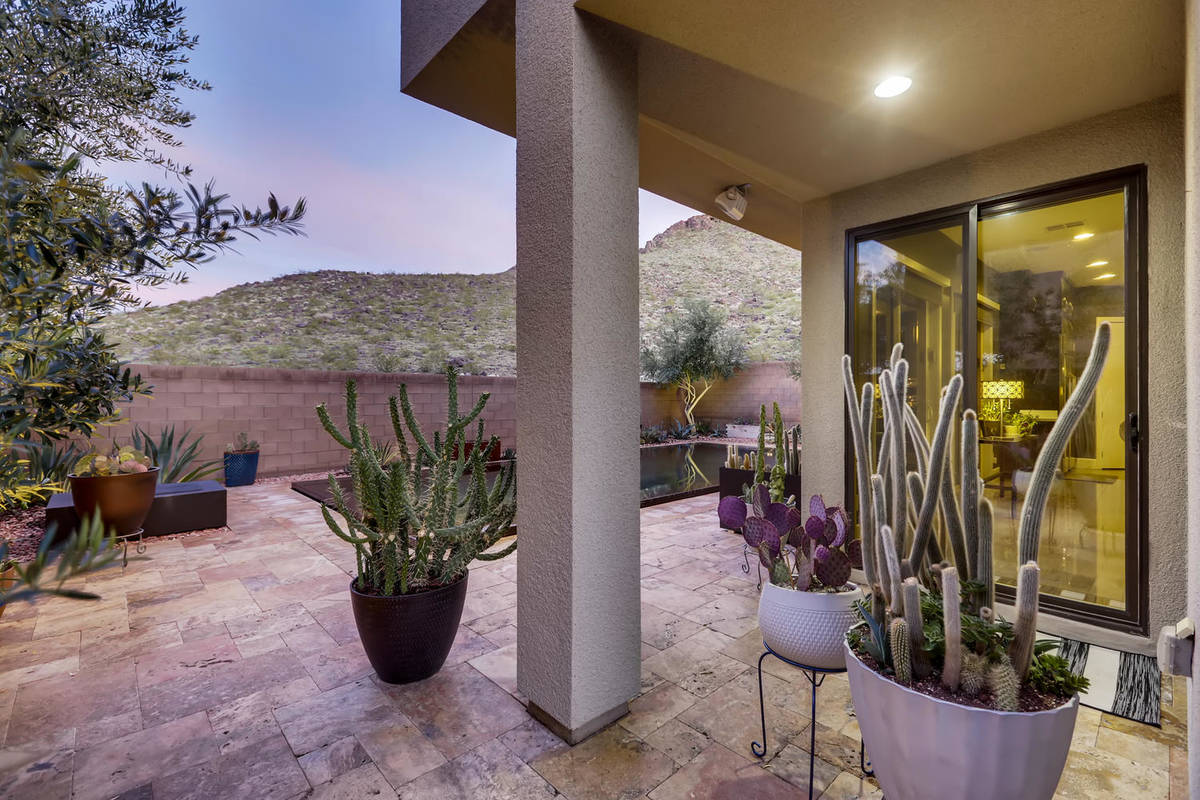 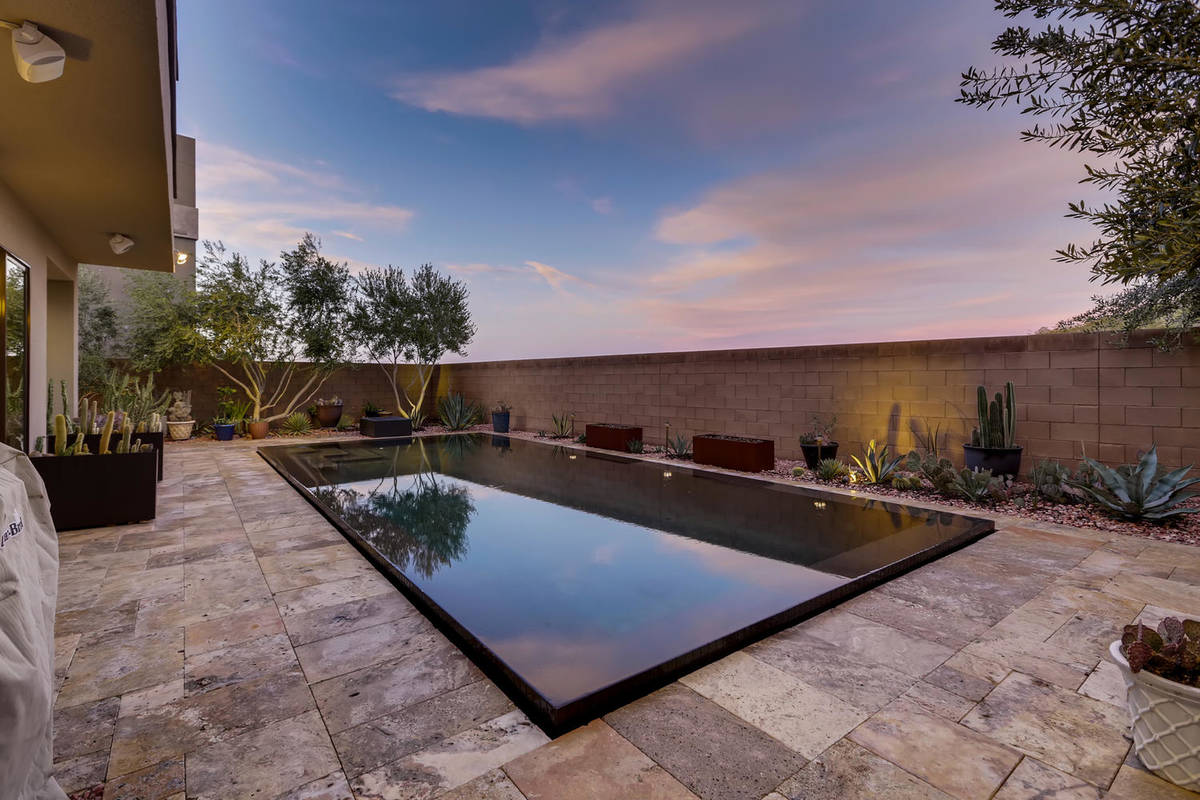 Former NFL Pro Bowl quarterback and UNLV star Randall Cunningham has put one of his Las Vegas homes on the market and at least three more Raiders have bought homes in the valley and others have rented homes as the team opened its first training camp.

Cunningham’s home at 9367 Jeremy Blaine Court is where he once trained his children who are world-class high jumpers. He’s seeking $1.05 million.

The two-story home in the gated Windham Hills neighborhood is between Southern Highlands and Allegiant Stadium on the west side of Interstate 15. It was built in 2005 and measures 5,934 square feet with six bedrooms and 6½ baths.

Cunningham bought the home in 2008 for $630,000 and it served as a residence for his late aunt. It features $100,000 in upgrades that includes a lap pool and artificial turf in the backyard. He used the facilities to train his daughter, Vashti, an Olympian high jumper, and his son Randall II, a former Bishop High School quarterback and two-time NCAA track champion at USC.

The home has a living room and family room on the lower level, a theater on the upper level. Four of the bedrooms are on the first floor and two are upstairs.

“This home is more multifamily where you have a lot of kids and want separation, this is how this house is built,” said Travis Schurr who along with his wife, Janie, Realtors with South Bay Realty, are the listing agents. “He saw a 6,000-square-foot house in 2008 for $600,000 and thought it was a great investment.”

Cunningham currently, the pastor of Remnant Ministries in Las Vegas, was named the Raiders’ team chaplain in July.

He played for the Philadelphia Eagles, Minnesota Vikings, Baltimore Ravens and Dallas Cowboys in the NFL.

Cunningham, who resides near the Windham Hills neighborhood, still owns a handful of homes he rents, his church and land.

Travis Schurr said Cunningham has probably owned more than 20 homes in Las Vegas over the years and owned homes in New Jersey when he played for Philadelphia.

When he retired from the NFL the first time in 1995, Cunningham got into the granite marble business and started building spec homes in Spanish Hills.

“He loves real estate,” said Travis who has worked with Cunningham selling his properties since 2007. “When he retired the second time he started buying houses. He started buying in 2004 and 2005 and had some high buys but luckily they were cash buys so he rented them all those years. Here came the market back within the last four years and sold them and made some money, but he had all of those years in rental income.”

Travis said Cunningham is always looking to buy more homes. He helped his two children buy homes and remodel them and recently did a multimillion-dollar renovation to his church.

“He built a house right across from the church that is the gym slash elder’s center,” Travis said. “We use it for receptions as well.”

It has a sand volleyball court and high-jump pit with a track with a 100-yard run.

Southern Highlands and Henderson, again are the top choices for Raider players, coaches, executives and other employees for them to be close to the team’s new headquarters and practice facility in west Henderson. Those who haven’t bought are renting homes in the same areas as those who are.

Safety Damarious Randall closed June 10 in the McCullough Hills area of Henderson for $700,000. It was built in 2014 and measures 3,401 square feet with four bedrooms and 3½ baths and has a third floor that’s an open loft with a wet bar, wine chiller and rooftop observatory.

The home was listed by Tamara Tyrbouslu with eXp Realty. William Alt with NextHome Community Real Estate was the buyer’s agent.

Former Dallas Cowboy Safety Jeff Heath who signed with the Raiders in the off-season, paid $450,000 for a 1,958-square-foot home in Seven Hills in Henderson. The deal closed May 28.

The cul-de-sac gated home built in 1997 has three bedrooms and 2½ baths. It has hardwood flooring, an

open loft, vaulted ceilings, two-way staircase, and patio with a balcony off the master bedrooms.

The home was listed by Brandon Bueltel with Coldwell Banker Premier. Heidy Holly with Lifestyle LV was the buyer’s agent.

Foothills at Southern Highlands. Built in 2004, it has four bedrooms, 4½ baths and a pool.

Conner has represented other Raiders who’ve rented in Southern Highlands and Inspirada in Henderson.