Skip to content
Sign up for our newsletter
section-ads_high_impact_1
BY BUCK WARGO SPECIAL TO LAS VEGAS BUSINESS PRESS
April 2, 2019 - 10:42 am 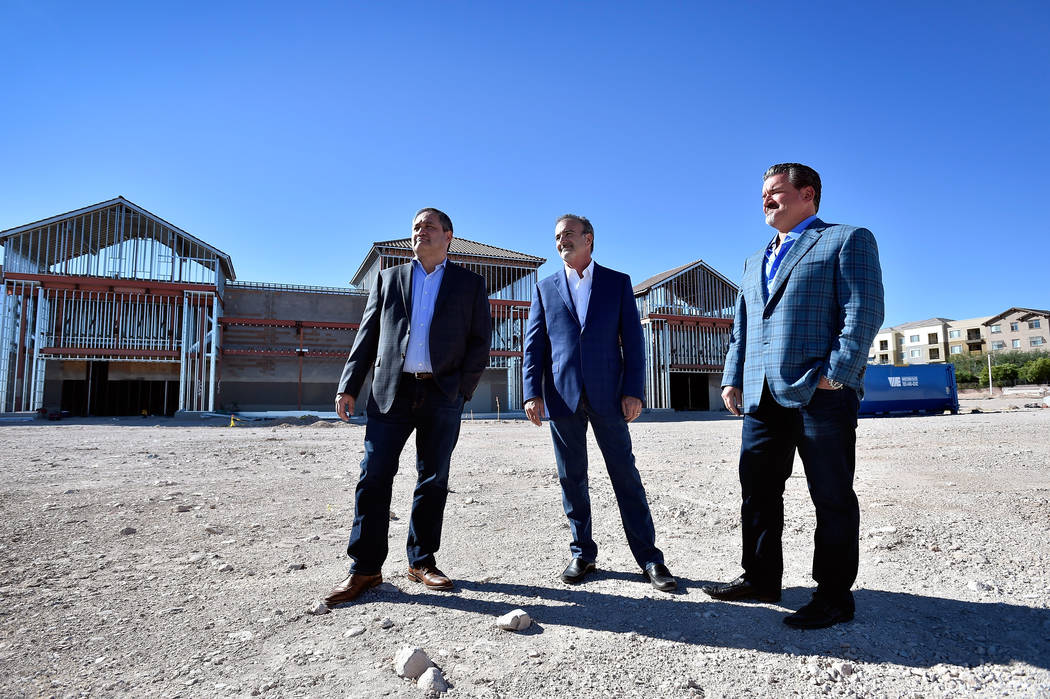 The retail market has come full circle since the Great Recession by ending 2018 with its lowest vacancy rate in a decade, according to research firm Applied Analysis, which credits home construction and population growth for increasing demand.

The office market showed similar gains with its lowest vacancy rate since the fourth quarter of 2008. The industrial market continued to add millions of square feet of space to meet demand.

But it’s retail that showed some impressive gains.

By the end of the fourth quarter, the direct retail vacancy rate dropped to 7.6 percent, the lowest it has been since the third quarter of 2008, the firm noted.

In 2018, about 514,400 square feet of anchored retail space was completed, bringing total inventory to more than 54.4 million square feet, according to Applied Analysis. The fourth quarter accounted for more than half of the annual tally of new inventory with the completion of three projects totaling 286,000 square feet. That includes the 150,000-square-foot Costco at St. Rose Square in Henderson. Rainbow Warm Springs Center completed construction on its 85,000-square-foot neighborhood center anchored by Sprouts Farmers Market at 7455 S. Rainbow Blvd. in the southwest valley. In addition, Mountain’s Edge Marketplace wrapped up construction on 51,000 square feet of additional pad space at 7955 Blue Diamond Road in the southwest valley, the firm reported.

Applied Analysis Principal Brian Gordon said the retail market “has managed to string together nearly a decade of improving vacancy rates” and Southern Nevada “has continued to outpace similarly-sized cities in terms of both population and employment growth.” That has contributed to the ongoing demand for housing in the area, he added.

“As homebuilders continue to push toward the boundaries of the valley, selected retail centers are responding,” Gordon said. “Development activity in centers such as Mountain’s Edge Marketplace and Skye Canyon Village confirm the notion that retail follows rooftops. Assuming economic conditions remain on a positive trajectory, performances within the retail market should follow suit.”

The retail market reported positive net absorption throughout each quarter of 2018, bringing the annual total to 674,500 square feet of net move-ins, according to Applied Analysis.

The year ended with 705,900 square feet of retail projects under construction. The second phase of St. Rose Square broke ground during the quarter. The Costco-anchored center will feature roughly 316,000 square feet of additional pad and anchor space. The 90,000-square-foot Las Vegas Athletic Club at UnionPlaza in Henderson was wrapping up construction and the 69,000-square-foot Maya Cinemas in North Las Vegas has opened.

While no office buildings completed construction during the fourth quarter, deliveries for the year totaled 671,900 square feet, a slight decline from a year ago. The notable completions in 2018 included the 180,000-square-foot Aristocrat Headquarters, Two Summerlin (152,300 square feet), Sansone St. Rose Coronado (62,300 square feet) and several smaller-scale projects across the valley, bringing total office inventory to over 55.9 million square feet, according to Applied Analysis.

Construction activity increased to 244,100 square feet at the end of 2018. During the quarter, construction began at the fourth phase of the 48,000-square-foot Cimarron Courtyard office condos in the southwest valley.

There’s construction at the UNLV Technology Park, which will add 110,700 square feet of inventory to the market upon its completion in 2019. In addition, construction activity includes University Gateway (25,000 square feet) near UNLV, the firm reported.

Gordon said the market average pricing reached the $2 per square foot threshold in 2018 for the first time since 2011. Continued employment expansion and business expansion has helped “press the office market forward,” he said.

“During the past year, the Las Vegas market welcomed an estimated 6,600 employees within the professional and business services sector. Investments outside of the tourism and construction sector will be important to the longer-run recovery of the real estate market and increased stability of the overall economy,” Gordon said.

Applied Analysis Project Manager Melanie Framo said that while the vacancy rate has continued to decrease, the number of active commercial office construction projects has slowed substantially in recent quarters as several wrapped up construction.

Major construction projects such as the UNLV Technology Park, however, will continue to have a notable impact on absorption rates in the future, Framo said. In addition, build-to-suit projects are expected to bolster the local office market, she added.

The West Craig Distribution Center Buildings A, B and C in the north valley began construction during the fourth quarter and will add 340,900 square feet of inventory when completed, the firm reported.

Gordon said the industrial market saw “significant growth in 2018” and the market continues to experience “impressive levels of demand.” Due to the increased supply of industrial inventory, the vacancy rate remained flat during the year, he said.

“Las Vegas has been an attractive destination for large distributors, with current warehouses being constructed in the northern part of the valley for Forbes’ 100 company Amazon and beauty retailer Sephora,” Gordon said. “The amount of space in the development pipeline is fairly sizable. Build-to-suits should help keep vacancies in check, but don’t expect plummeting vacancy rates in the near team.”

Framo said development activity in the Las Vegas industrial market has been picking up pace with 6.7 million square feet of inventory under construction at the end of 2018. While large tenants are expected to occupy a number of buildings, there’s the potential for some softening in overall vacancies, she added.

“Developers are monitoring supply-demand conditions closely and alternative product types will likely start to emerge,” Framo said. “The focus for many has been on big-box distribution facilities. The market will likely see niche products, such as smaller, flexible alternatives to meet the needs of different users. Overall, the industrial sector remains relatively healthy heading in 2019.”