Skip to content
Sign up for our newsletter
section-ads_high_impact_1
BY BUCK WARGO LAS VEGAS BUSINESS PRESS
August 6, 2019 - 9:52 am

An uber luxury Spanish Hills home lived in by its builder Jim Rhodes that set the second-highest resale value in Las Vegas history at $16 million tops the list for the most expensive sale so far in 2019.

The list of top sales for the year includes several high-profile homes chronicled over the past year by Real Estate Millions.

The buyer of the nearly 20,000-square-foot Rhodes’ estate on the 2-acre compound at 5212 Spanish Heights Drive remains a mystery. Completed this year, it sold for $16 million after originally being listed for $30 million.

There are eight bedrooms, eight full baths, two half baths, media room, game room and 15-car garage. There’s a two-story pool house that can used as living space and an exercise room. It has infinity-edge pool and rooftop deck with a panoramic view of the valley.

Rhodes, the founder of Harmony Homes and developer of Spanish Hills, has called the home his masterpiece, that is until he builds his next one.

The front part of the home with its offices and bedrooms has an opening that leads down the passage to a courtyard that has palm trees and a design that resonates not only outside the home but inside it as well.

On the inside, the home resembles an art project. Barth White, whose has created finishes for casinos and celebrities and the uber-wealthy around the world, is behind the finishes with mica, stone and crystal accented walls throughout the house that give off different coloration depending on where you are standing or sitting.

The Rhodes’ sale fell short of the record set in 2016 when magician David Copperfield purchased a mansion at 1625 Enclave Court for $17.55 million. It was bigger than Rhodes’ home at 31,000 square feet with two guest homes. It has a movie theater, nightclub, golf simulation room, two elevators.

Just behind Rhodes’ sale at $15 million was one in 2011 to casino owner Phil Ruffin for an 11-acre compound at 7030 Tomiyasu Lane. It has more than 73,000 square feet with 18 bedrooms and 36 baths. Last November, Real Estate Millions reported former casino magnate Steve Wynn paid $13 million for a Summerlin home at 1717 Enclave Court that measures nearly 13,000 square feet.

Realtor Michael Zelina, owner of Red Luxury who sold the Rhodes’ home, called it one of the most impressive homes in Las Vegas he’s ever seen. Because Rhodes lived in the home he built, it’s considered a resale, he said.

“You are on a 2-acre lot on top of Spanish Hills looking over Spanish Trail and you have the beautiful Strip view,” Zelina said. “It has one of the largest third-story fun decks I have ever seen, and everything was bigger, bolder and better that’s been built that I have seen. The architecture and high ceilings and finishes was all beyond. The buyer recognized that.”

Zelina said he took over from the original listing and restaged the home and the buyer wanted it immediately and paid cash for it. The home wasn’t completed or it could have fetched more than $20 million and been ranked No. 1 of all time, he said.

Forrest Barbee, a Berkshire Hathaway HomeServices broker who deals in luxury homes in California, Arizona and Nevada and tracks the top resales of the year, said it’s exciting to continue being the listing agent for the No. 1 resale in the city’s history even though it won’t last.

“It’s a fleeting thing because in that higher-end market we are seeing movement,” Barbee said. “While we have the highest one, and it’s a kind of fun and nice, you always figure that’s good until next month or next quarter.”

Other top sales of 2019 listed through June.

■ No. 2 — 8101 Obannon Drive, north of Sahara Avenue, for $6 million. It measures 12,362 square feet and has five bedrooms and a 10-car garage on the 6.8-acre estate that features an indoor pool, movie room, rooftop deck, tennis court and batting cage. The compound also has two additional homes that span 2,765 square feet and 5,478 square feet. It was previously listed for $10.5 million. Cheryl Davis of Paragon Premier Properties was listed as the buyer’s and seller’s agent. Clark County records list the owner as Alex Bouzari, the CEO of DataDirect Networks, an information storage company based in Southern California.

“It is one of the Las Vegas’ rare compounds with three parcels,” said Davis, a Realtor with Paragon Premier Properties. “It has a guest house, tennis court and 10-car garage, batting cage, and 2 acres of park grounds.”

■ No. 3 — 1353 Dilevante Drive in Seven Hills in Henderson for $5.6 million. It measures 11,718 square feet and has six bedrooms, an indoor basketball court and resort-style pool overlooking the Rio Secco golf course.

It was listed by Kristen Routh-Silberman and had a previous price of $5.975 million. Javier Mendez was listed as the buyer’s agent. County records list the owner as Joshua and Jenna Zwagil, founders of MyDailyChoice, a networking marketing company. NBA superstar LeBron James was among those who considered buying the home.

“It was a (architect) Richard Luke house that has tons of amenities and innovative features and designs in the house,” said Routh-Silberman with Synergy Sotheby’s International Realty. “The kid’s room had slides, there’s a slide into the basketball court and rope swing into the pool. It has a theater, beautiful finishes and waterfall countertops.”

■ No. 4 — 1210 MacDonald Ranch Drive in MacDonald Highlands in Henderson for $5.4 million. It’s a Silver Nugget award winner for Custom Home of the Year in 2018 and was built by Sun West Homes. The midcentury modern design in a single-story measures 8,495 square feet on a 0.65-acre lot overlooking DragonRidge Country Club. It has five bedrooms, six baths and a four-car garage. It has a theater room, rooftop lifestyle deck for city views, wine room, prep kitchen and pantry, resort-style pool and spa, built-in barbecue area and outdoor kitchen. It starts with the water feature at the courtyard entrance of the home.

Ivan Sher was the listing agent and buyer’s agent. It was previously listed for $5,985 million. The owner islisted as California-based Hikronos LLC.

■ No. 5 — 2720 Pinto Lane in the historic district in Las Vegas for $4.6 million. The home measures 5,979 square feet with two stories and five bedrooms. It’s the New American Remodel, a 1950s ranch-style home by local architect Michael Gardner. Earlier this year, it was featured at the National Home Builders Association’s International Builders Show. It has what’s called a West Coast contemporary design with mid-modern elements such as flat rooflines, clerestory windows and textured light stone that continues indoors. Kamran Zand was the listing agent and Sher was the buyer’s agent. It sold for its list price. The owner is listed at Pinto LLC.

■ No. 6 — 44 Sun Glow Way in The Ridges in Summerlin for $4.1 million. The contemporary home that measures 6,016 square feet was built by Blue Heron in 2016. It is situated on a 0.29-acre lot with golf course frontage. It has six bedrooms, seven baths, and a seven-car garage with pool and spa. Ken Lowman was the listing agent and Julie Baecker was the buyer’s agent. It was previously listed at $4.25 million. Maryanna Herbst is listed by county records as the buyer.

■ No. 7 — 65 Meadowhawk Lane in The Ridges in Summerlin for $4 million. The three-story home measures 9,602 square feet with five bedrooms and five-car garage. It has a basement theater. Gary Anter of Presenting Vegas was the listing agent and Sher was the buyer’s agent. It was previously listed for $4.19 million. County records list estate planning attorney Steven Oshins as the owner.

■ No. 8 — 661 Falcon Cliff Court in McDonald Highlands in Henderson for $3.995 million. It measures 7,500 square feet and has an eight-car garage and six bedrooms. Routh-Silberman was the listing agent and Don Kuhl was the buyer’s agent. It sold for its list price. Falcon Cliff LLC is listed as the owner.

■ No. 9 — 673 Falcon Cliff Court in MacDonald Highlands in Henderson for $3.675 million. It has 6,450 square feet, five bedrooms and a four-car garage. Routh-Silberman was the buyer’s agent and the listing agent. It was previously listed for $3,995 million. Mike Bilek is listed by county records as the owner.

■ No. 10 — There are three tied for that spot at $3.5 million with 62 Meadowhawk Lane in The Ridges in Summerlin; 582 Lairmont Place in MacDonald Highlands in Henderson; and 2902 Coast Line Court in The Lakes. 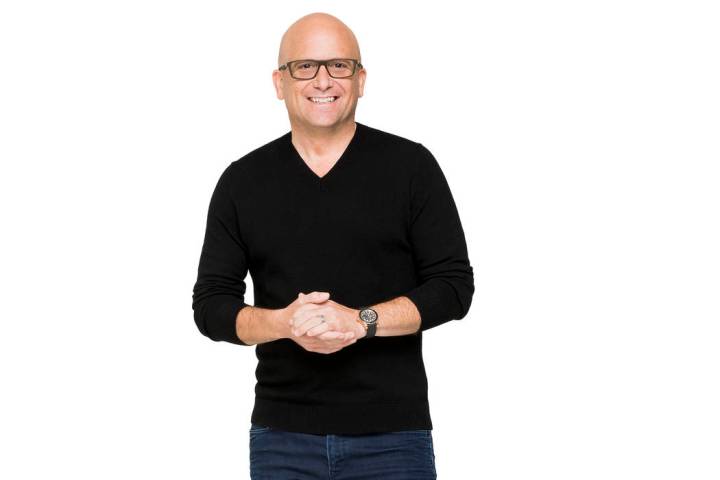 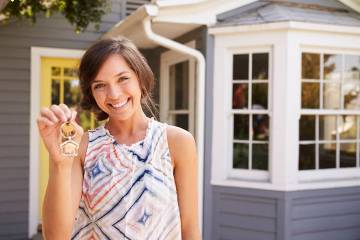 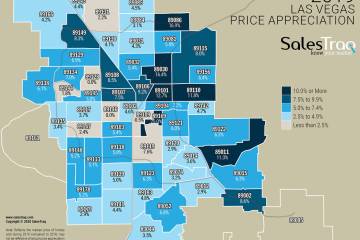