Skip to content
Sign up for our newsletter
section-ads_high_impact_1
BY BUCK WARGO LAS VEGAS BUSINESS PRESS
July 22, 2019 - 10:43 am 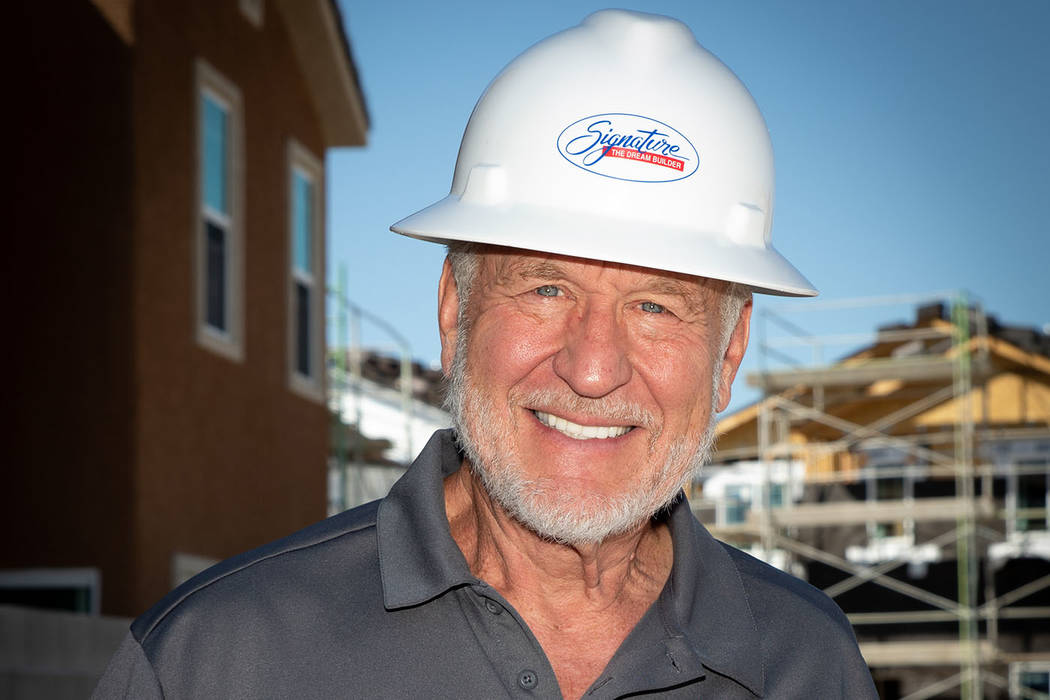 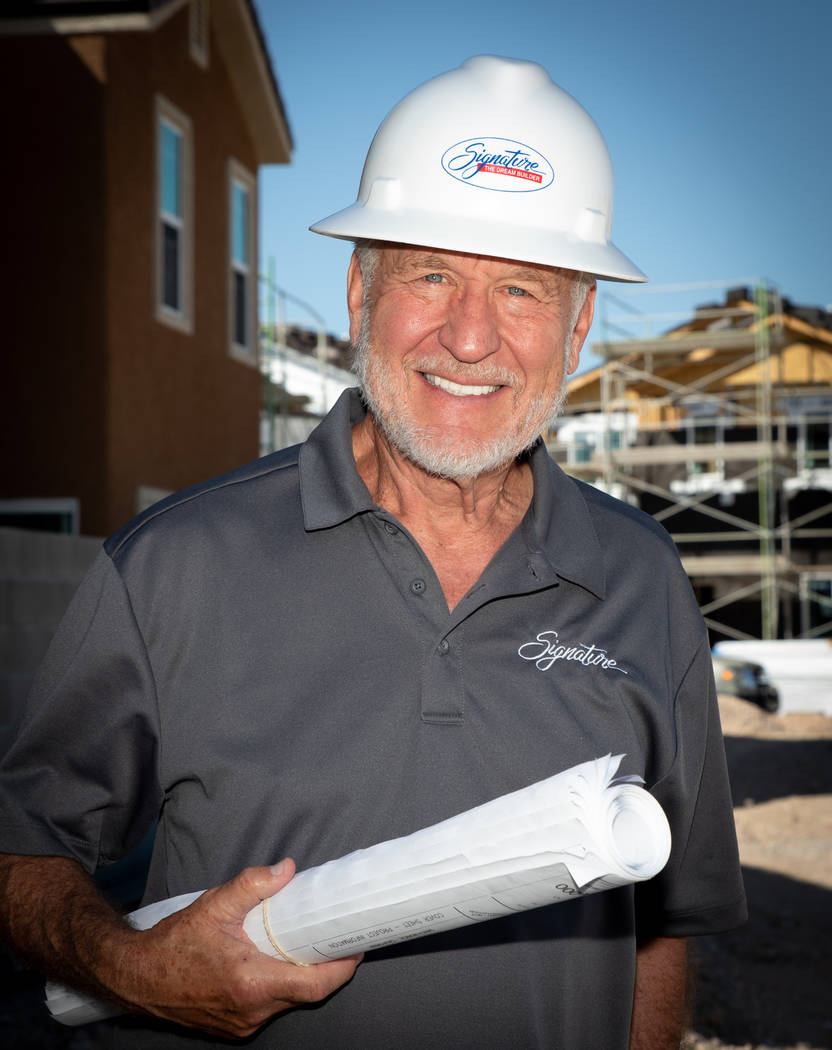 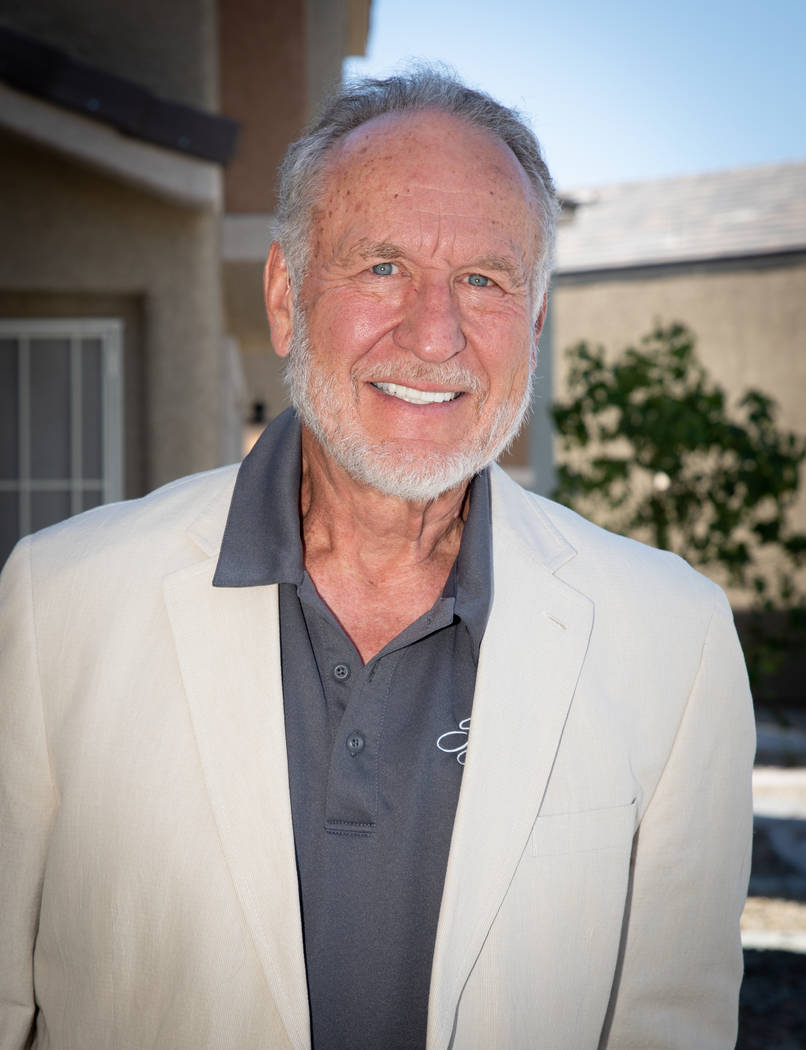 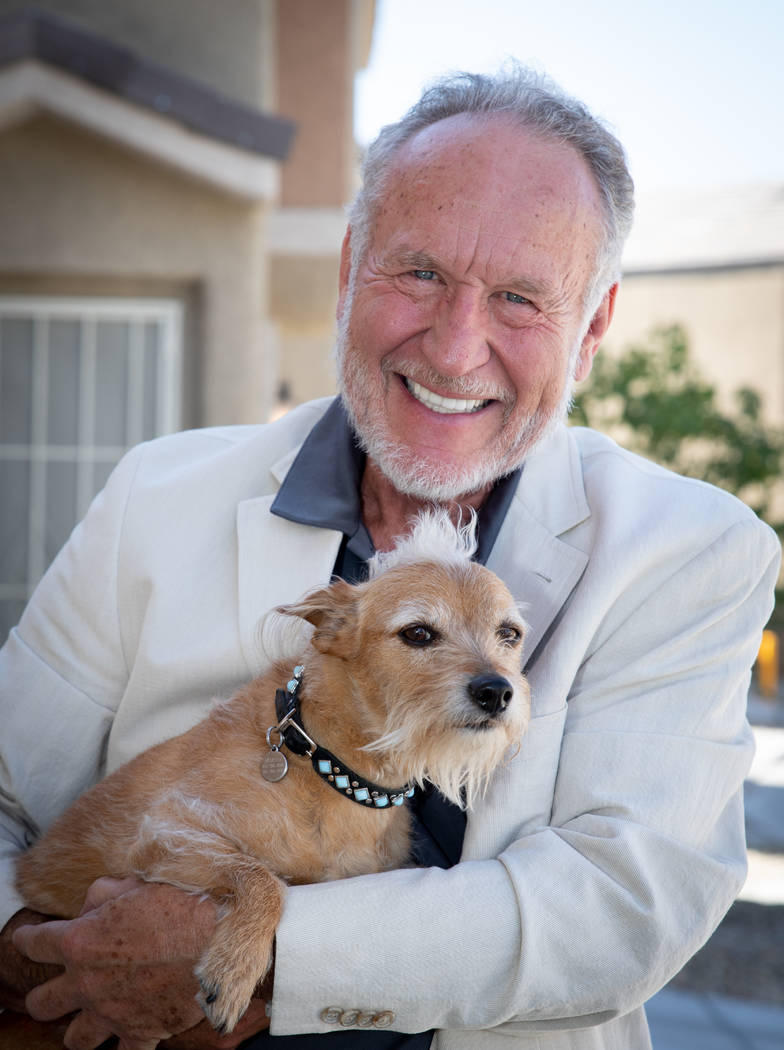 Richard Plaster has seen Las Vegas grow up as a city over the past 45 years, and his legacy is helping make that happen.

The outspoken and energetic president and CEO of Plaster Development has built more than 12,000 homes and multifamily units in the valley, and although slowed by the Great Recession, he is not done yet.

Plaster, who recently had an unsuccessful bid for the Las Vegas City Council, has never been afraid to pitch his ideas from traffic and education to national politics and homelessness.

He has been heavily involved in the community, including serving as president of the Southern Nevada Home Builders Association and serving on boards for the performing arts.

The 72-year-old Plaster has been recognized with a Silver Nugget as part of a Lifetime Achievement Award.

Plaster took a circuitous and unlikely route to even get to Las Vegas and be one of the few remaining private homebuilders left in the marketplace.

Plaster is a native of England whose family emigrated to Canada in 1951 and later to Southern California in 1958 when he was 11. After graduating from Stanford with an undergraduate degree in psychology and the University of California-Berkley in 1972 with a master’s degree in finance, Plaster received an offer from Ralph Lewis to work for his Lewis Homes in Northern California.

Plaster said he turned it down because Lewis didn’t offer enough money. When no one offered Plaster a job, he went back to Lewis a few months later, only to learn the position wasn’t available. Lewis, however, offered Plaster a job to work in Las Vegas, and the new graduate took it and arrived here in 1973.

It’s wasn’t a relocation he was excited about at the time, and his girlfriend, Wendy, who would become his wife, wasn’t thrilled with it either, Plaster said.

“Las Vegas was like Antarctica,” Plaster said. “I was an urban boy. I was born in London and grew up in Toronto and lived in Los Angeles and San Francisco. Las Vegas was a small town at the time with a quarter of a million people.”

Plaster said his job with Lewis started as a gofer doing errands and shuffling papers and working with local government public works and planning departments. His work evolved to doing some land acquisitions and sales and marketing, which all led him to go into business on his own.

In 1978, Plaster formed Plaster Development, which does business as Signature Homes in Las Vegas, building everything from condos and apartments to custom homes. It has built more than 12,600 homes and other units in the valley during that time span.

Plaster said he always was motivated to make money and do big deals in his life and was intrigued with having his own business because his dad was a real estate broker and his wife’s dad an electronics distributor.

“Even when I went to work for Lewis, I wanted to start my own business and told him that,” Lewis said. “Ralph said I would probably never be president with four of his sons my age. We were honest with each other from the beginning.”

Plaster’s first project originated when he was working for Lewis acquiring land. One 5-acre parcel in the southeast valley didn’t meet Lewis Homes’ criteria, and he asked Lewis’ permission if he could acquire it himself.

“I built 20 homes that took a couple of years, and I almost went broke on it,” Plaster joked, saying the best thing that happened was two people who worked for him on the project got married.

His second project was a joint venture with the Decker Co. to build duplexes in Las Vegas. They petitioned Las Vegas to change its codes and allow homes be built on smaller lots than the 60 feet by 100 feet allowed at the time. The partnership wound up building about 400 homes.

“That began small-lot development in Las Vegas,” Plaster said. “Clark County then changed their ordinance, and that was an important turning point in Las Vegas that traditionally had larger lots, which is wasteful in terms of water and energy. There were a lot of half-acre lots at the time.”

Plaster said his company was the largest builder in Peccole Ranch, the second-largest in The Lakes and one of the first in Summerlin. It also built in Green Valley in Henderson.

“We were there at the beginning of the master plans and one of the first builders in Green Valley and The Lakes.”

Signature Homes has built about $1.5 billion in homes over the past 40 years and built in all price points, Plaster said. They started at the more affordable level with homes less than $50,000 and are selling homes that are priced around $200,000.

Through the years, they built move-up homes and custom homes and one year built the most expensive home in the valley in Tournament Hills, Plaster said. They’ve built about 4,000 multifamily units, which includes apartments and condos.

“Some things in life are luck, and we came to Las Vegas when it was beginning to grow and just kept growing,” Plaster said. “We were riding the wave.”

Plaster employed about 200 people in the 1990s and had about 125 workers before the housing collapse a decade ago.

It’s a different company today with a half-dozen workers. His son, Brian, serves as vice president and chief operating officer, and focuses more on investing in apartments and managing them, although Signature still builds and sells affordable homes.

“It was a total collapse in the market that I saw coming but didn’t prepare as well as I might have,” Plaster said.

Plaster said he is still upset with Wall Street about the housing crisis and questioned why bankers who caused the collapse of the nation’s financial system a decade ago weren’t charged with crimes.

“No one went to jail, and Iceland sent 12 bankers to jail,” said Plaster, who is never shy about voicing his opinions. “That’s one of the things in the Obama regime when Attorney General Eric Holder chose to do nothing. It’s disturbing to me.”

Plaster said he stopped buying land before the collapse because the price was getting too high but said he missed out on an opportunity to sell his company for $100 million.

“I should have taken it, but my ego got in the way,” Plaster said. “I knew bad things were going to happen, but I didn’t expect it to get as bad as it was.”

Afterward, Plaster said his company was “scrambling for existence” but was able to pay its debt at a time others walked away from theirs and filed for bankruptcy.

“A lot of other builders had gone bankrupt and were negotiating with lenders,” Plaster said. “I was careful, and that wasn’t an opportunity to me, and take advantage of the bankruptcy law when others walked away from debt. I paid my bills but didn’t have much at the end.”

Plaster said he had a large apartment and condo project that he hung onto during the recession that became more valuable over time and helped rebuild the company. It owns and manage just under 1,000 units today, he said.

Plaster Development looks for older apartments complexes, then renovates them and increases rents.

That strategy has paid off, especially in the Medical District, Plaster said.

Signature has its Solana Terrace project of 62 homes, which started in 2006 and continues today with home prices around $200,000.

There’s always a concern about affordability, and the federal government needs to make more of its land available for development, Plaster said. But when compared to the rest of the West Coast, Las Vegas is affordable. It’s difficult to find an apartment that rents for $1,000 a month on the West Coast, he said.

Plaster said there is a lot to be excited about with the current number of jobs in the valley surpassing where it was before the Great Recession and demand for housing strong. His only concern is that tourism numbers have been stagnant in recent years.

Still, there will continue to be opportunities for builders in Las Vegas, though it will be for national companies rather than private ones like himself. It has to do with national builders having access to capital from Wall Street and the staffing, Plaster said.

“The building industry is fragmented, and there are opportunities, but you have to find the right niche,” Plaster said. “There’s no reason to think homebuilders like we were in the 1980s and 1990s will ever come back.”

Nat Hodgson, CEO of the Southern Nevada Home Builders Association, called Plaster a great in the industry as one of the leaders in homebuilding in the 1980s and 1990s. Many people who still work in the industry today started working for Plaster, he said.

“When we talk about the icons of our industry, he’s right there with them,” Hodgson said. “He gave so many people an opportunity and launched their career.”

Hodgson called Plaster a “great developer with a great mind” and someone who is outspoken and engaged.

“He is a leader and not shy about speaking up and giving his point of view so there was good methodical dialogue,” Hodgson said. “He has been a great business guy and made people rethink what they were thinking about.”

Hodgson said Plaster was ahead of the curve in the downturn area by making his for-sale homes rental homes instead.

“He also has apartments and remodels by UNLV, and now that the market has come back, he’s resurrected a couple of the old communities,” Hodgson said. “Whether you are on board with his views, he’s a good business guy, a good charitable guy and good community guy. In a way that’s what we’re lacking around here these days.”