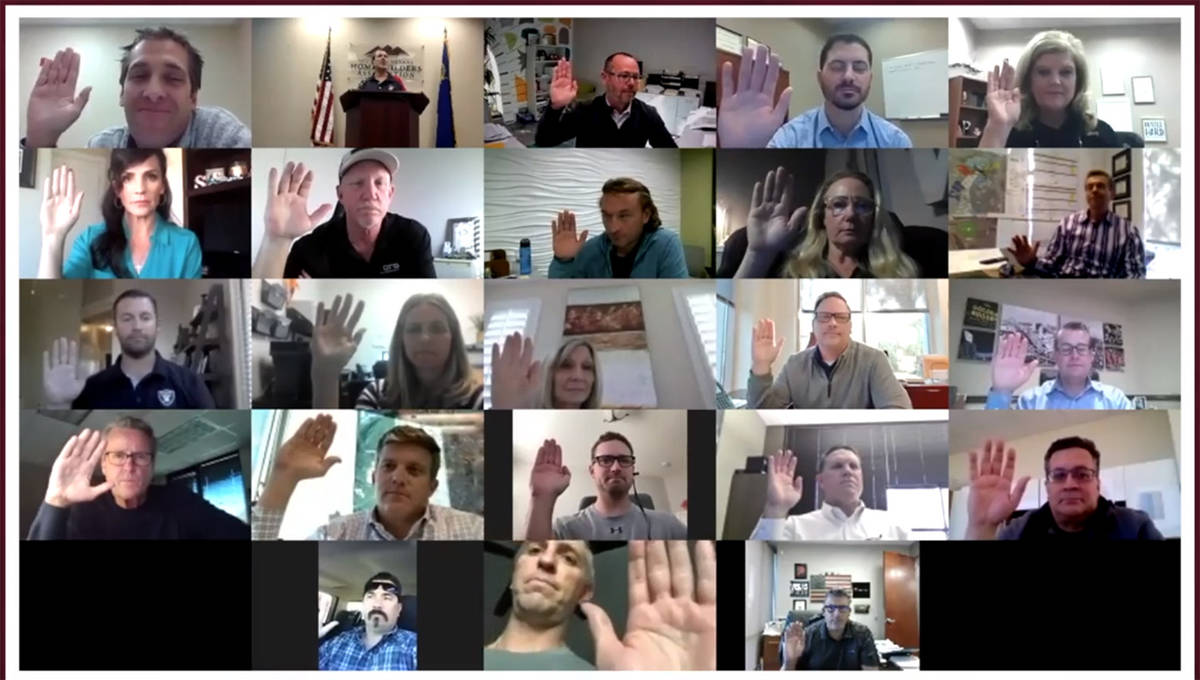 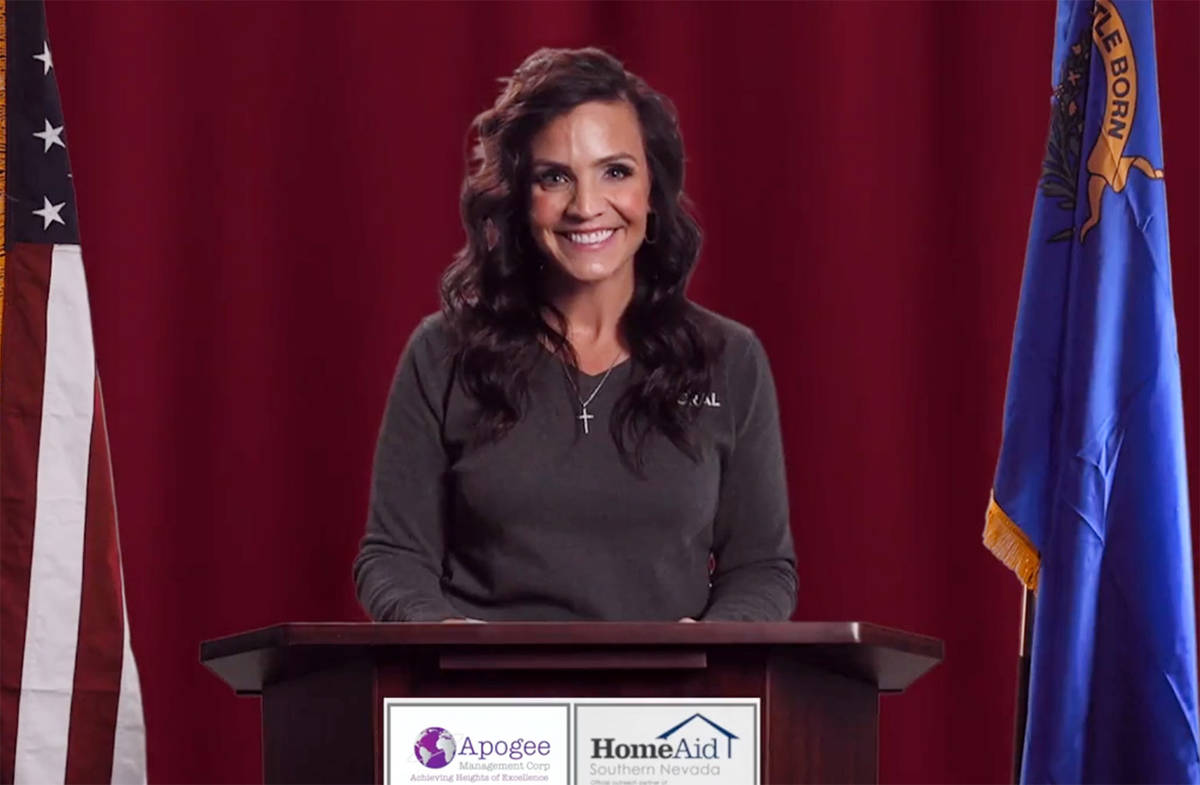 Stephenie Heagerty of Boral Roofing has been named board president of HomeAid Southern Nevada, the association’s charitable arm focused on supporting and assisting with community outreach efforts. (SNHBA) 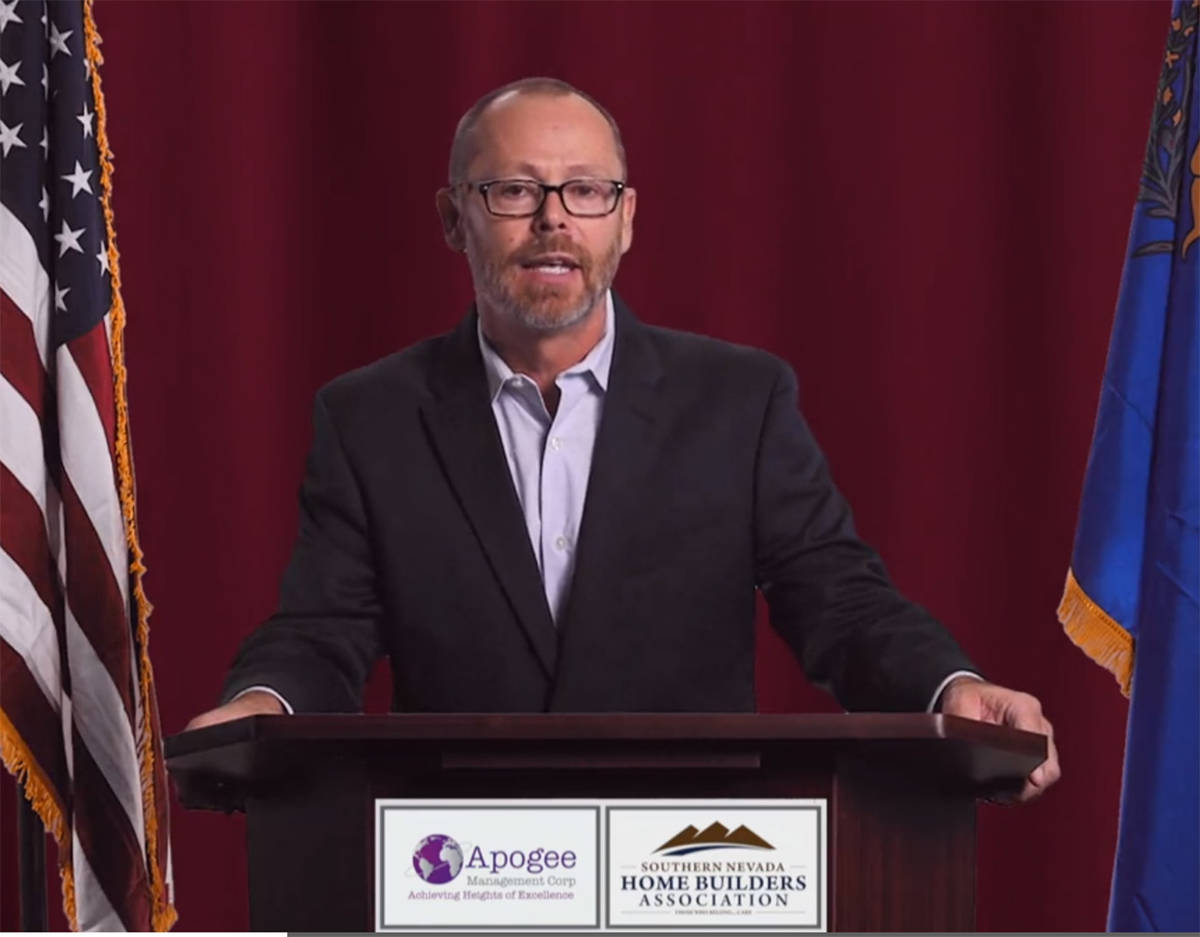 The event, which takes place annually to gather members of the homebuilding industry and celebrate successes of the passing year, announced official appointments of those who would be leading the charge on each organization’s board of directors in 2021.

Rick Barron of Signature Homes was appointed as the new SNHBA board president. In his role, he will lead the SNHBA board’s dedication to meet the housing and community development needs of Southern Nevada. Barron has served the homebuilding industry for 25 years and previously served as SNHBA’s vice president.

“I’m honored to assume this role as we end on quite an unconventional year,” Barron said. “As president, I look forward to collaboratively tackling the number of industry issues that we anticipate facing next year. In particular, addressing the lack of talent entering into the homebuilding field. I look forward to continuing our efforts to improve education and recruitment and I’m excited to see where these efforts will take us.”

Stephenie Heagerty of Boral Roofing has been named board president of HomeAid Southern Nevada, the association’s charitable arm focused on supporting and helping with community outreach efforts that serve vulnerable members of the community. With a career spanning more than a decade in the industry, Heagerty previously served as vice president on HomeAid’s executive committee.

“I am excited to make 2021 the best year yet for our organization,” Heagerty said. “I am incredibly proud of our mission to help those experiencing homelessness through housing and community outreach. The work that we do is made possible by homebuilders, trade contractors, community partners and volunteers. We have a plan, we have a great team, and we have the best companies in the business to exceed all of our expectations.”

Other 2021 appointments for HomeAid include Tyson Clayton of Desert Lumber Cos., vice president; Kyle Tibbitts of Shea Homes, treasurer; and Kendal Lay of Pacific Sunbelt Mortgage, secretary. A full list of board members can be found on HomeAidSN.org.

Each year, SNHBA and HomeAid cycle out various members of the industry to adapt and take advantage of the best ways to propel the organization forward.

The Southern Nevada Home Builders Association is dedicated to enhancing the quality of life by meeting the housing and community development needs of Southern Nevada. Founded in 1953 by 12 local homebuilders and incorporated with the state in 1954, the Southern Nevada Home Builders Association ranks as the oldest and largest local trade organization representing the residential construction industry in Nevada. It has nearly 500 members working in all facets of the homebuilding industry.

It is an affiliate of the National Association of Home Builders, a Washington, D.C.-based trade association founded in 1942 to enhance the climate for housing and the building industry. NAHB is made up of about 800 state and local associations. About one-third of NAHB’s 140,000 members are homebuilders and remodelers.