Skip to content
Sign up for our newsletter
section-ads_high_impact_1
BY BUCK WARGO LAS VEGAS BUSINESS PRESS
May 11, 2021 - 11:53 am 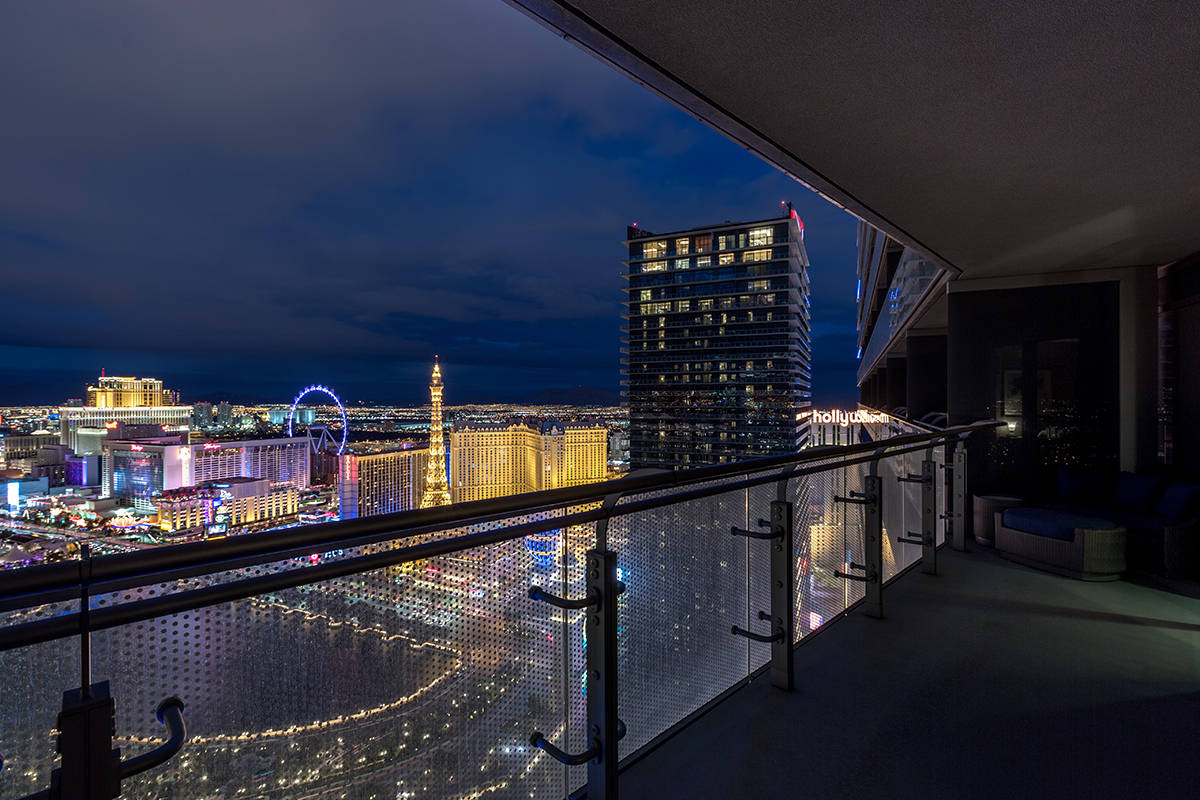 There was a fifth prominent sale. This one at The Cosmopolitan. It was sold during the first four months of 2021. The 46th-floor unit of the hotel sold for only $1.72 million but it sold for a record-breaking $1,853 per square foot. (Luxury Estates International) 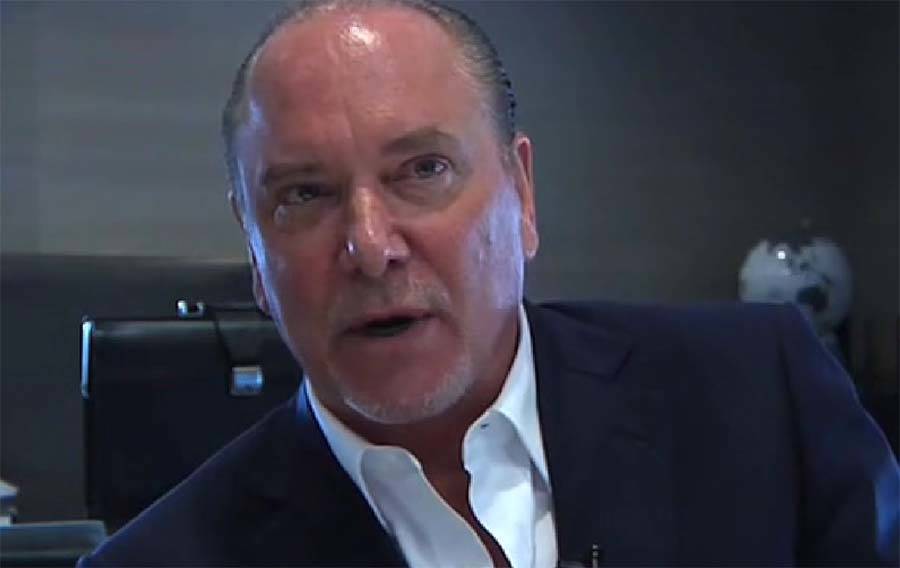 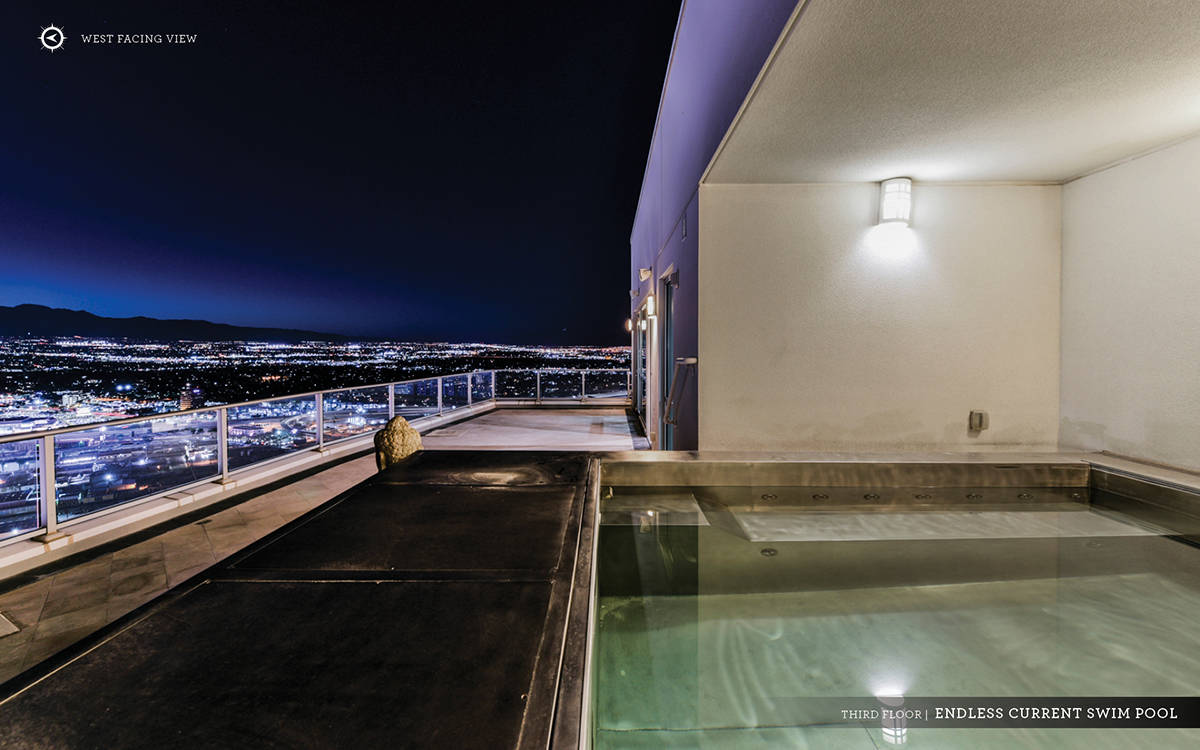 The former CEO and president of sports betting company CG Technology sold his Sky Las Vegas penthouse for $4.35 million to mark the most expensive Strip high-rise sale so far in 2021. (Ivan Sher Group)

A former Las Vegas sportsbook operator sold his Sky Las Vegas penthouse for $4.35 million to mark the most expensive Strip high-rise sale in 2021, and the year has seen a Nevada record at The Cosmopolitan with the highest price per square foot ever paid for a condo.

CG, one of the larger sportsbook operators since 2009, sold the company’s leases and assets to U.K. betting operator William Hill in September. Amaitis bought the unit in March 2008 before the Las Vegas real estate market crashed, paying $4.75 million.

The property’s listing agent and buyer’s agent, Anthony Spiegel of the Ivan Sher Group of Berkshire Hathaway HomeServices, said the three-story penthouse on the 43rd floor was a “palace in the sky” with an outdoor kitchen, private pool, elevator and decor reminiscent of some of the finest hotels in the world. He called the Venetian plaster-clad condo “the apex of elegance, sophistication and comfort.”

The penthouse has three bedrooms and 4½ baths and measures 5,152 square feet. It is on the southwest corner of the building, which sits on the north end of the Strip.

“It’s clearly one of very few large-scale penthouse high-rise units of any kind in the city,” Spiegel said. “I don’t even know how many units at the Waldorf Astoria come close to the square footage at a unit like this. There are few condos in the world that are 5,000 square feet or more.”

Spiegel said the outdoor deck with the endless pool is a feature unlike others seen in Las Vegas. The three-story condo also has its own internal elevator.

“My client did an extraordinary job in the interior,” Spiegel said. “He built it out like a London town home. It has an elegance you rarely see in Las Vegas.”

Spiegel said it’s rare for Sky Las Vegas to have one of the top-selling condos because they tend to be smaller in size.

Southern California and Las Vegas Realtor Stefanie Barela of Barela Investments was the listing agent. Nancy Chen of Life Realty District was the buyer’s agent. Chun Ding and Yink Qian of San Francisco were the buyers.

The David Doyle trust was the seller. Barela’s listing described the condo as having two master bedrooms and master baths. It features an open floor plan, showcasing views of the Strip from both bedrooms, living room, dining room and kitchen. It has a wine closet refrigerator with privacy glass technology.

■ Two condos tied for the third-highest price at $3.8 million. One is at One Queensridge Place in the west valley and measures more than 4,800 square feet with two bedrooms and 2½ baths.

It has materials, artisans and designers from across the world and has European lighting elements, handcrafted cabinetry and designer appliances. The master suite has a sitting room. The extended terrace has a barbecue and outdoor dining areas.

The buyer’s agent was Gary Anter of Presenting Vegas. The buyers were David and Vanessa Moore of Folsom, California. The seller was Lynn Marie Moravec.

■ The other No. 3 sale at $3.8 million was on the 42nd floor at Waldorf Astoria in a unit listed by Kamran Zand of Luxury Estates International. He was also the buyer’s agent.

The condo measures 2,247 square feet with two bedrooms and 2½ baths. Zand describes the unit as an “one-of-a-kind escape” with artistic, handcrafted touches. It has floor-to-ceiling windows that reveal Strip and mountain views and a look at Allegiant Stadium. He said the design reflects the metropolitan culture of New York or Paris.

There are dual master bedrooms with spa-like baths with marble floors and wainscoting and handpainted gold leaf vanities. It has an elevated stand-alone tub. Jorge Maldonado of Henderson was the buyer. Richard Taite was the seller.

■ There was a fifth prominent sale, at The Cosmopolitan. It was sold during the first four months of 2021 with Zand as the seller’s agent and Anthony Phillips of Luxury Real Estate Advisors as the buyer’s agent. The buyer was James Larweth of Windermere, Florida. It was bought from the Wu family trust.

The 46th-floor unit of the hotel sold for $1.72 million, but Zand said the $1,853 per square foot was the highest price ever paid for a condo in Las Vegas. That beats the previous high of $1,841 per square foot at the Waldorf Astoria in January 2019, he said. The unit measures 931 square feet with a bedroom and two bathrooms.

The Cosmopolitan is known as one of the most stylish and luxurious resorts, but most people don’t realize it also has a small handful of privately owned units, Zand said. A significant residential component was originally part of the plans when the property was first designed, but those plans changed when the recession of 2008 put the brakes on the Las Vegas real estate market, Zand said.

The developers changed course and went with the safer option of opening the high-rise as a hotel while phasing out the private units, Zand said. Some owners negotiated back their deposits. Others held onto their stake, he added.

“There were 17 private units, and now there are only 14,” Zand said. “The Cosmopolitan has been privately buying units back as opportunities present themselves. So. to own something there is very rare.”

Private owners can make extra money on their condos when not in use, renting them to guests through the hotel’s revenue-sharing program, Zand said.

“The Cosmopolitan is probably the most desirable and exclusive building in all of Las Vegas,” Zand said. “Not only because of the breathtaking views of the Bellagio fountains to the east but also because it’s the only high-rise directly on the Strip with open-air terraces.”