Skip to content
Sign up for our newsletter
section-ads_high_impact_1
BY BUCK WARGO LAS VEGAS BUSINESS PRESS
September 29, 2020 - 10:35 am 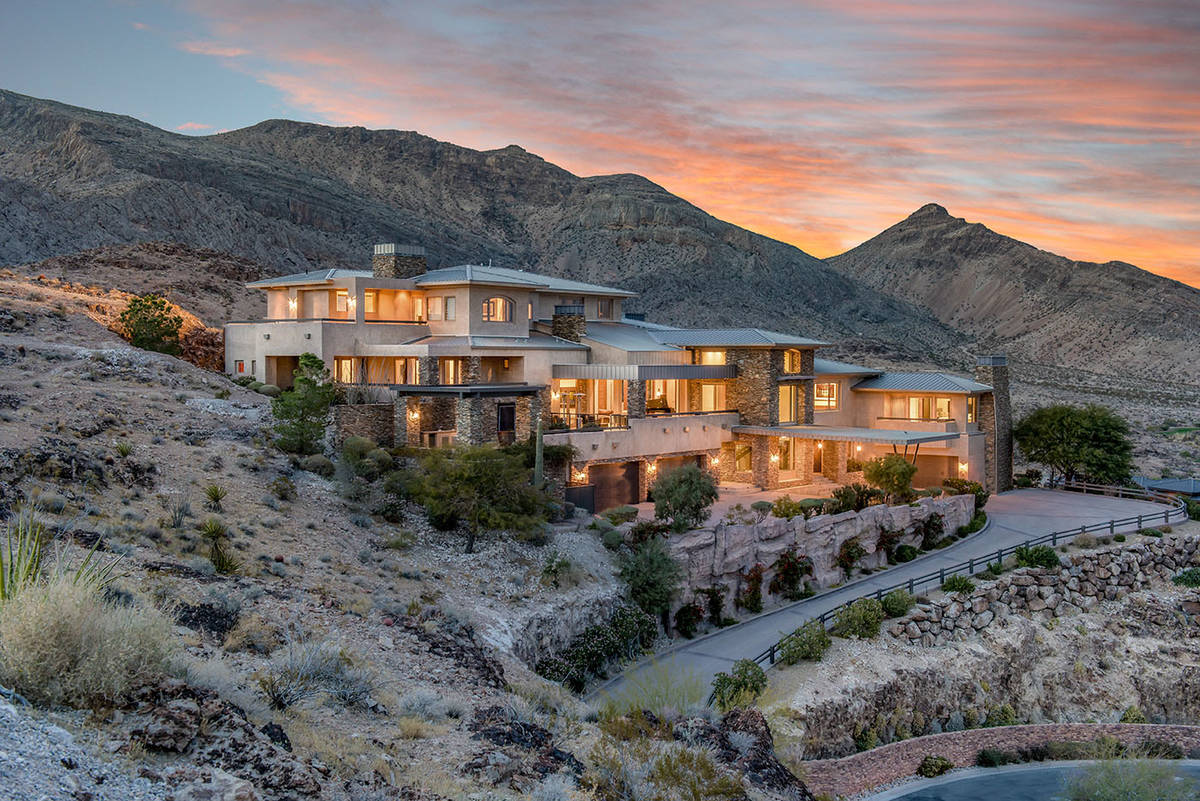 This Summerlin home in an enclave in The Ridges known for one of the highest elevations in the valley sold for $10.15 million. That is the second highest sale of the year. 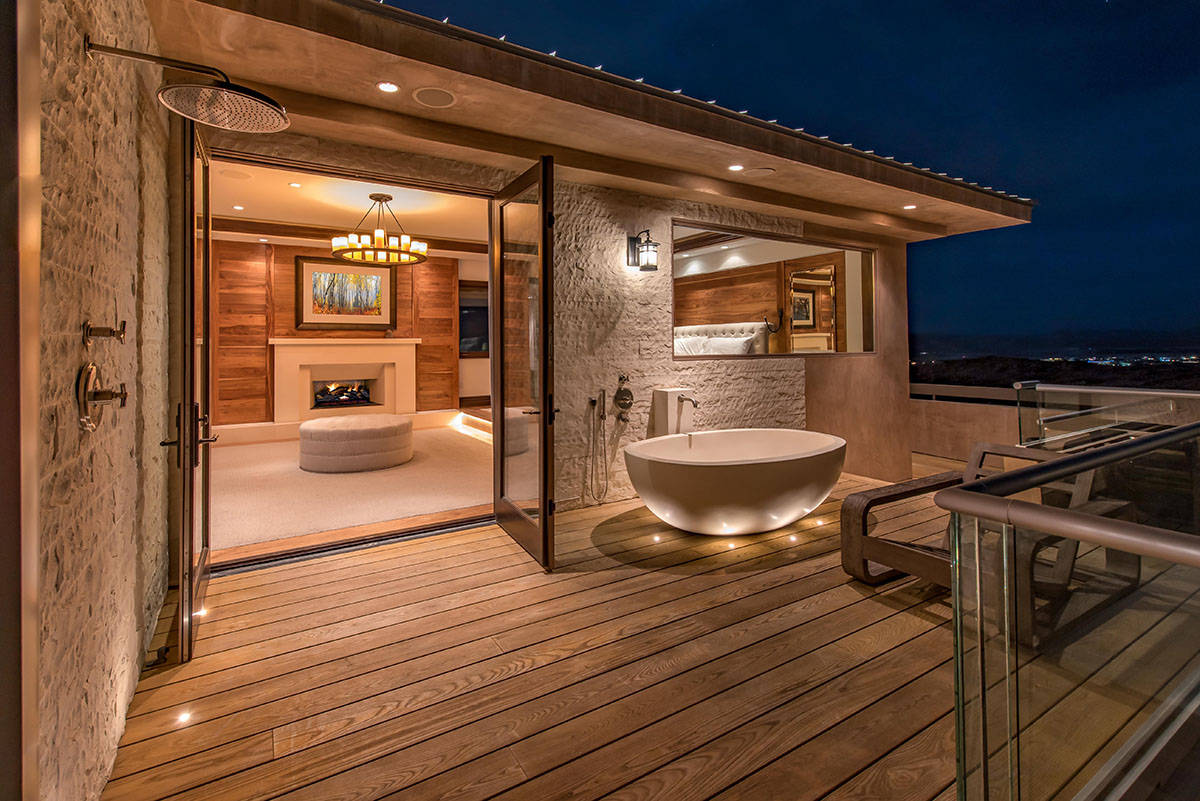 The master suite occupants can even take in mountain surroundings when using the private outdoor bath. A free-standing tub had to be lowered in by helicopter. (Simply Vegas) 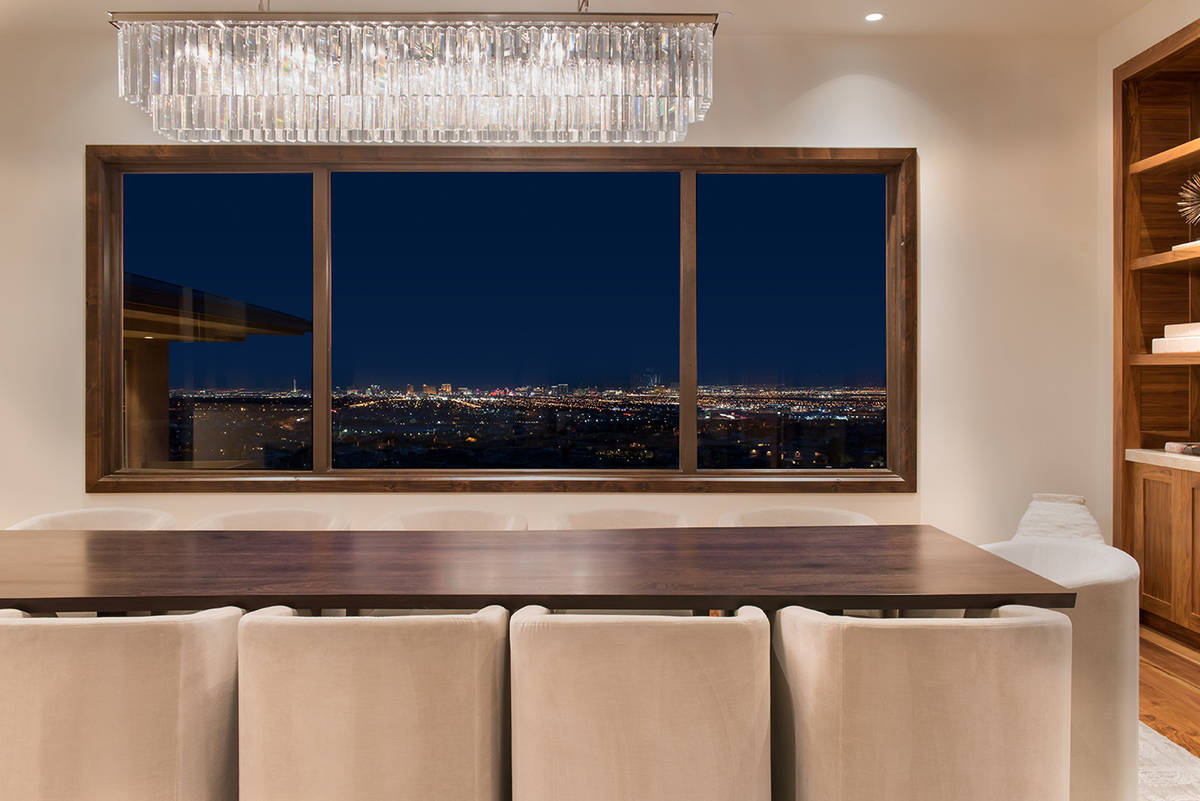 The 14,918-square-foot home in The Ridges features a modern design and picture-perfect views of the Las Vegas Strip. (Simply Vegas) 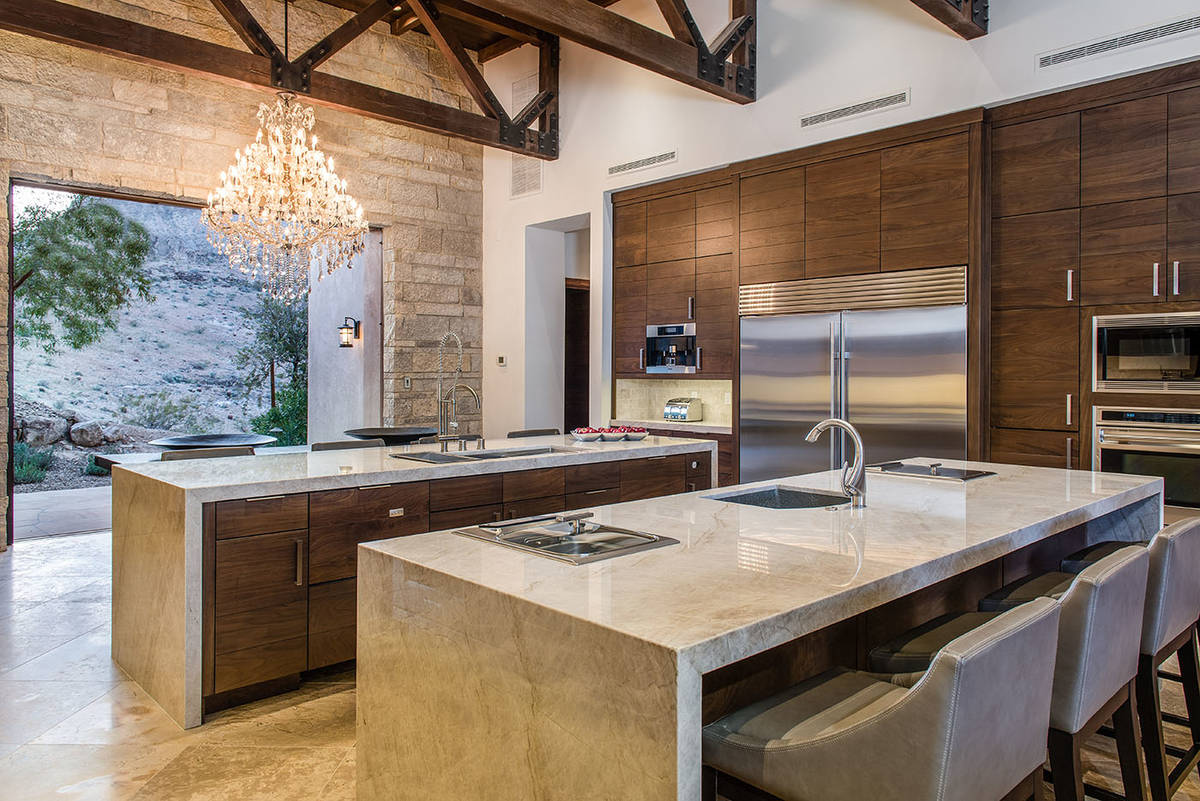 The large kitchen has double islands with seating, upgraded appliances, a modern design and a disappearing wall that opens to the patio. (Simply Vegas) 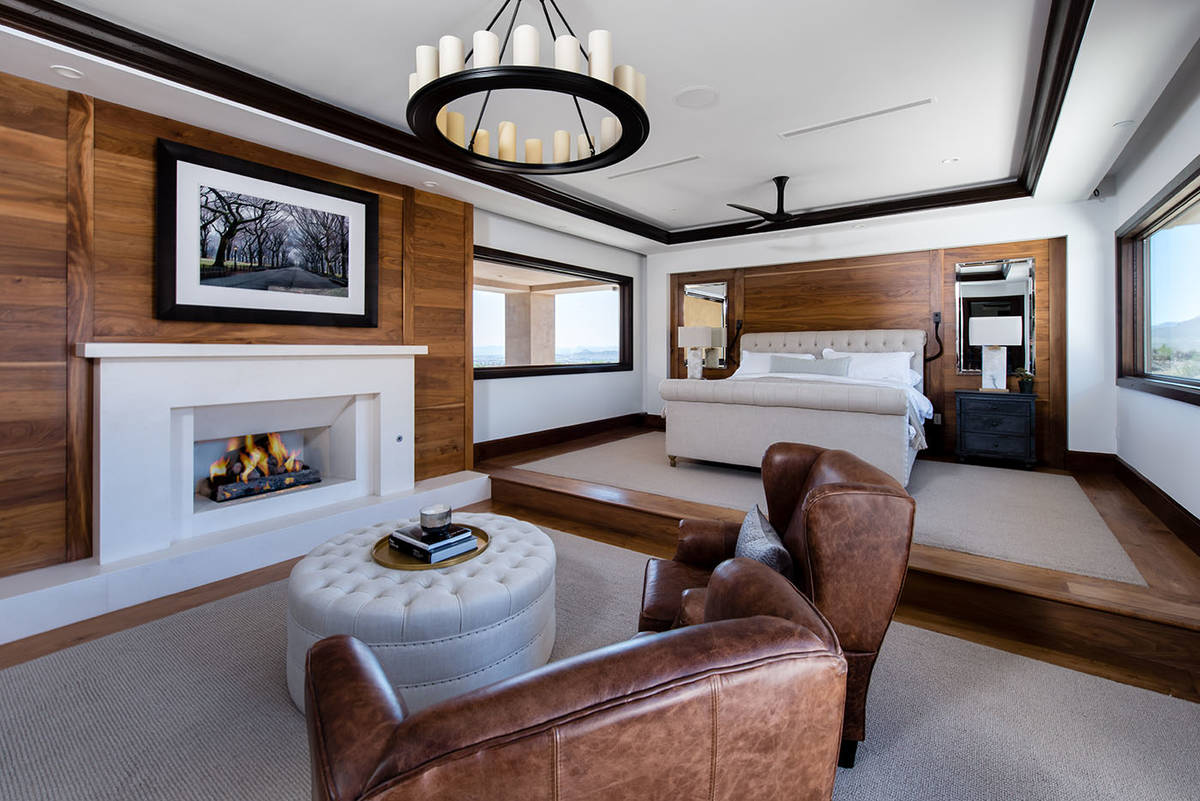 The 14,918-square-foot home has a large master suite, along with four other bedrooms, eight baths and a six-car garage. (Simply Vegas) 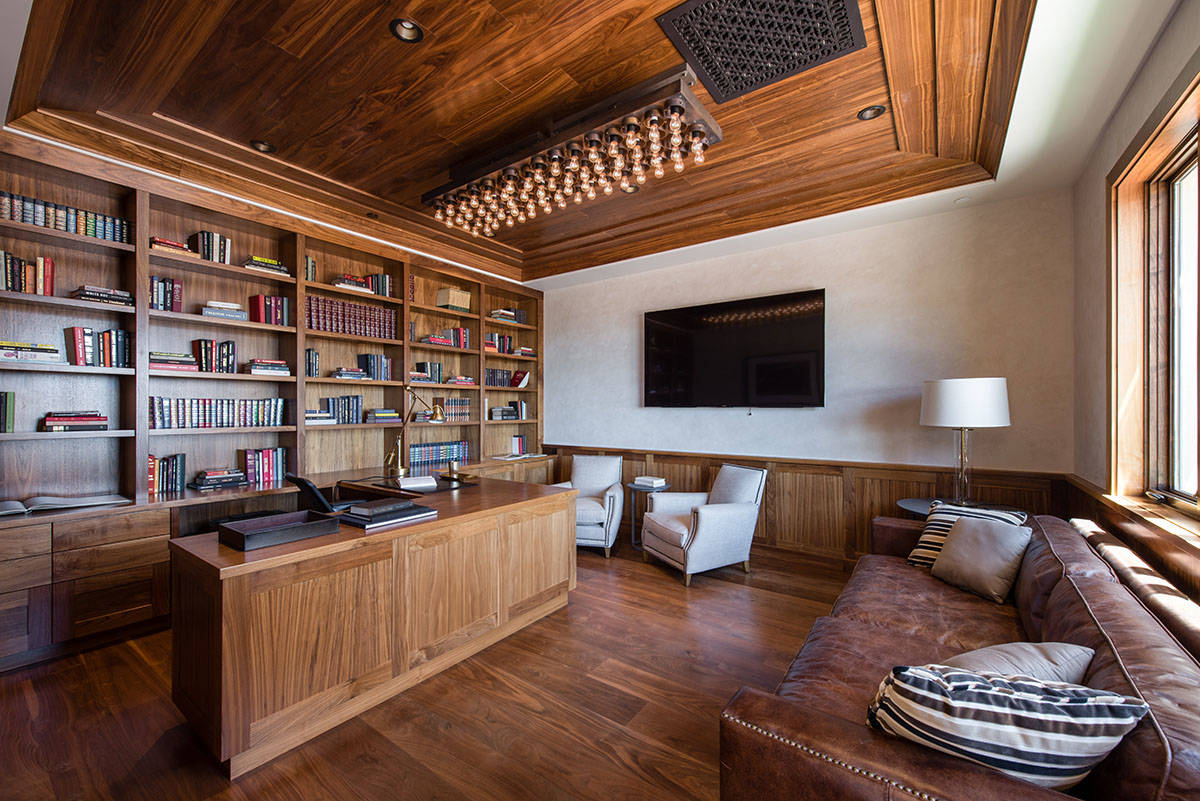 There is an office in this three-level, modern-style home at 5 Promontory Pointe Lane. (Simply Vegas) 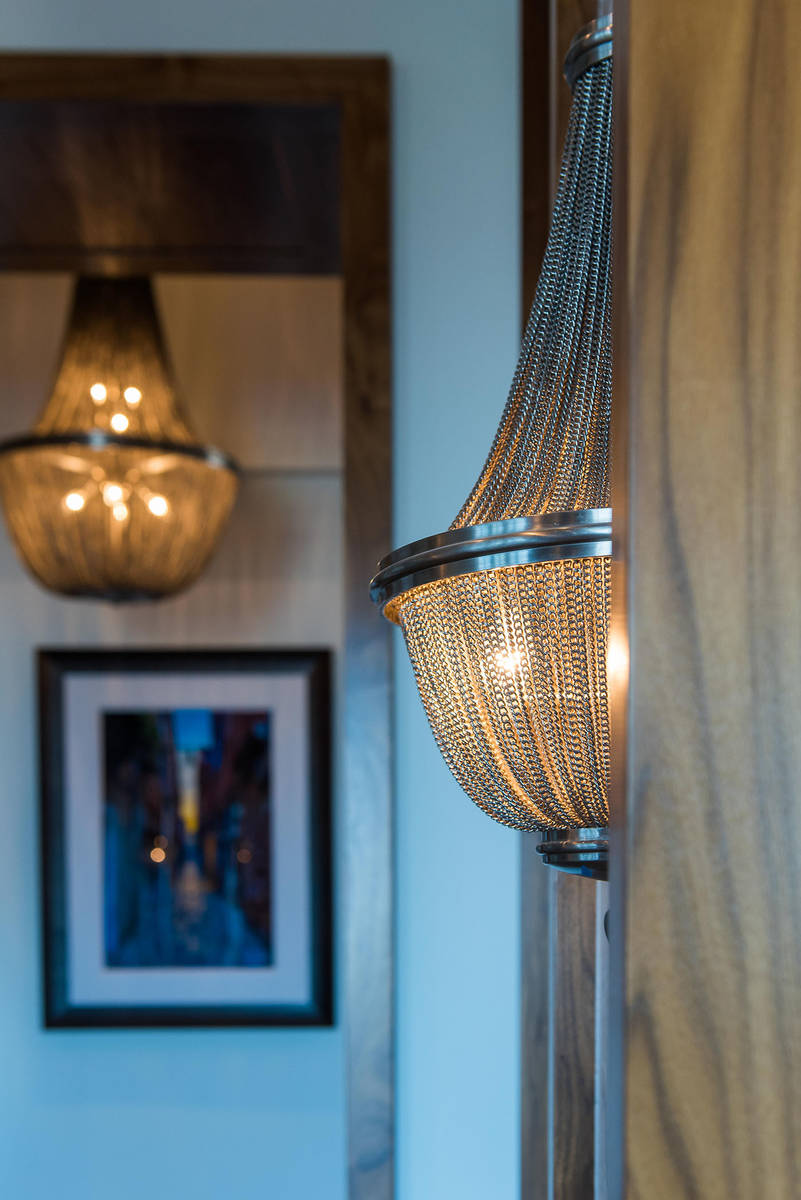 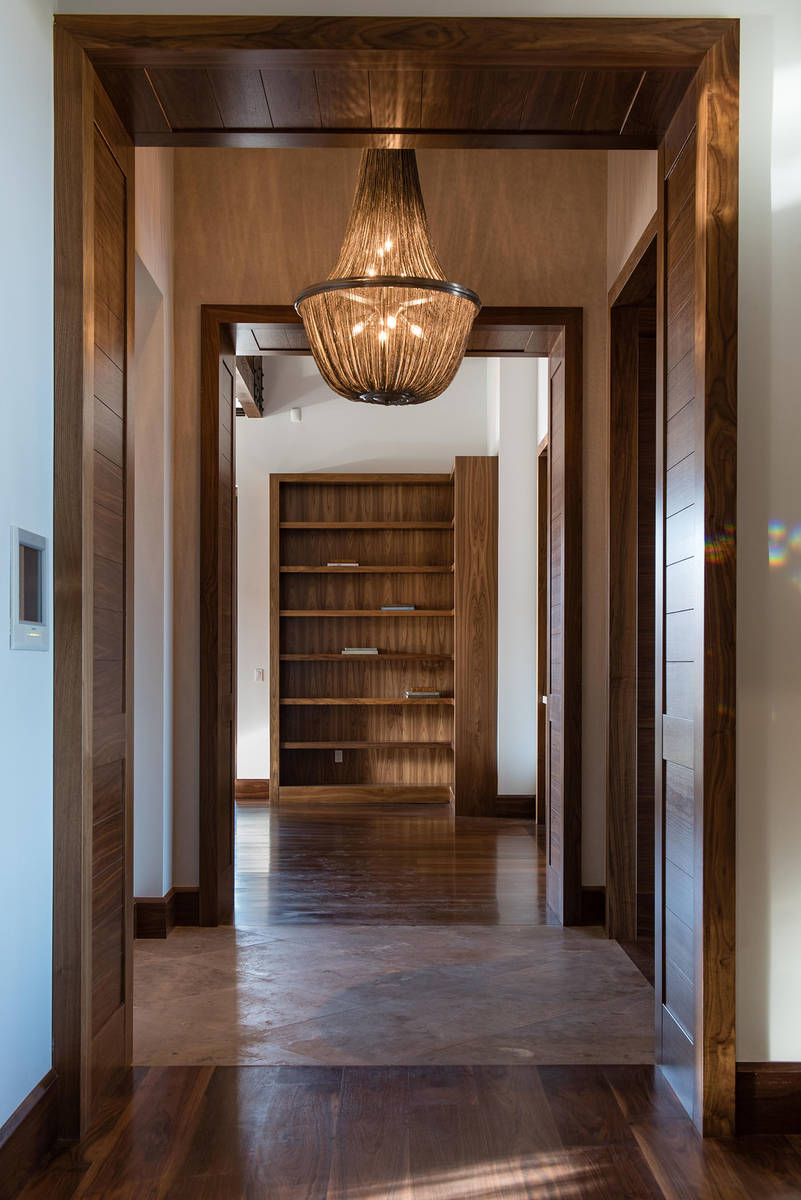 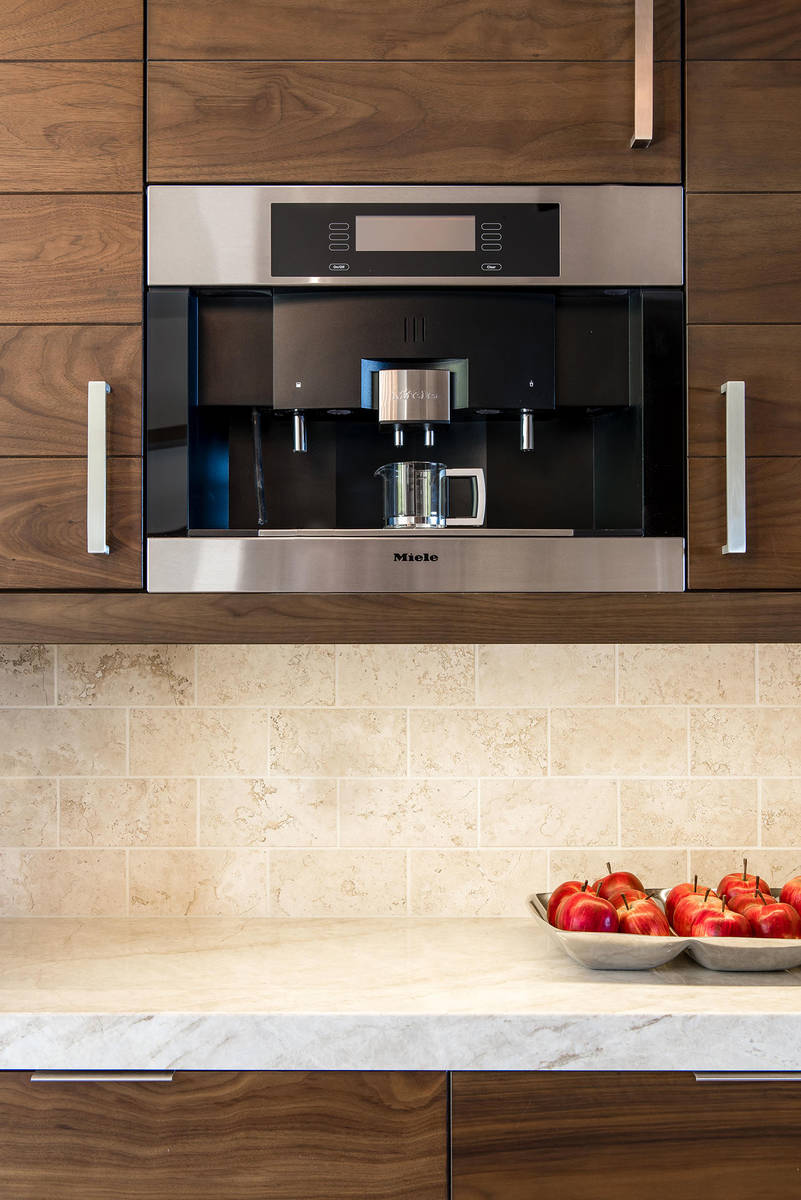 The kitchen and outdoor area has upgraded appliances. (Simply Vegas) 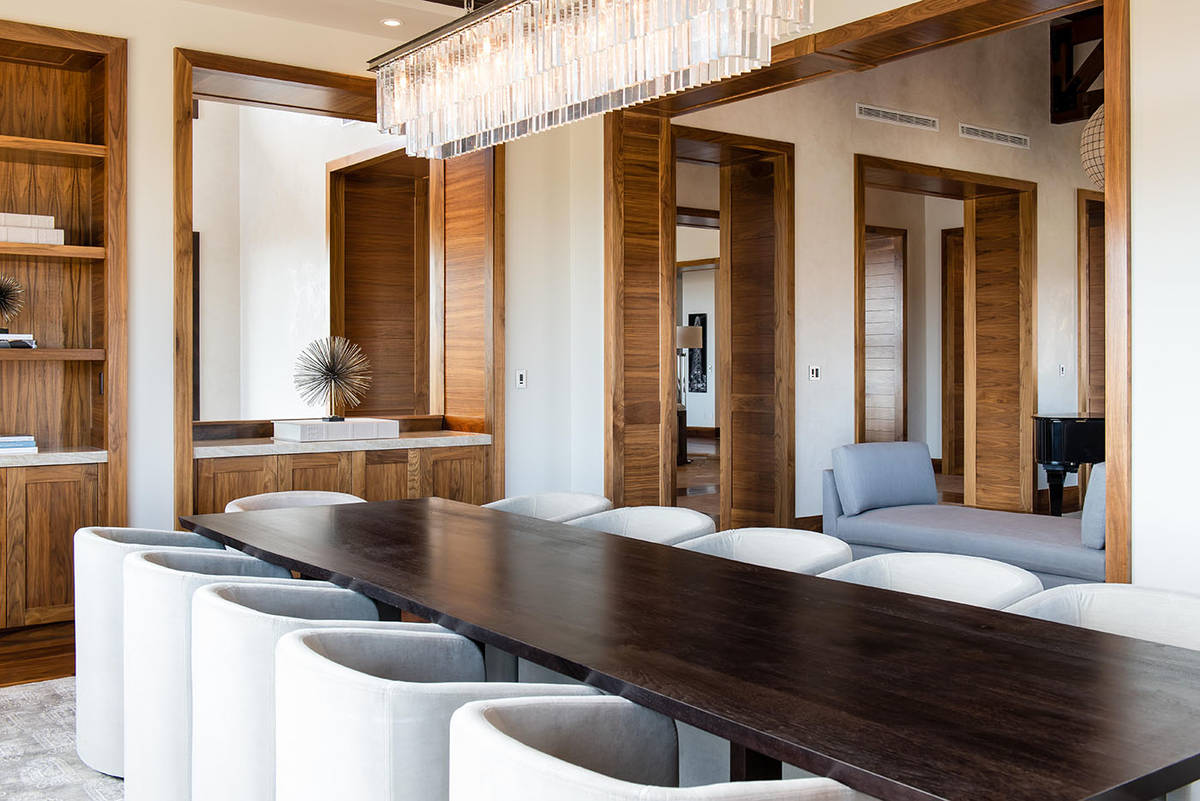 The home has two dining rooms. 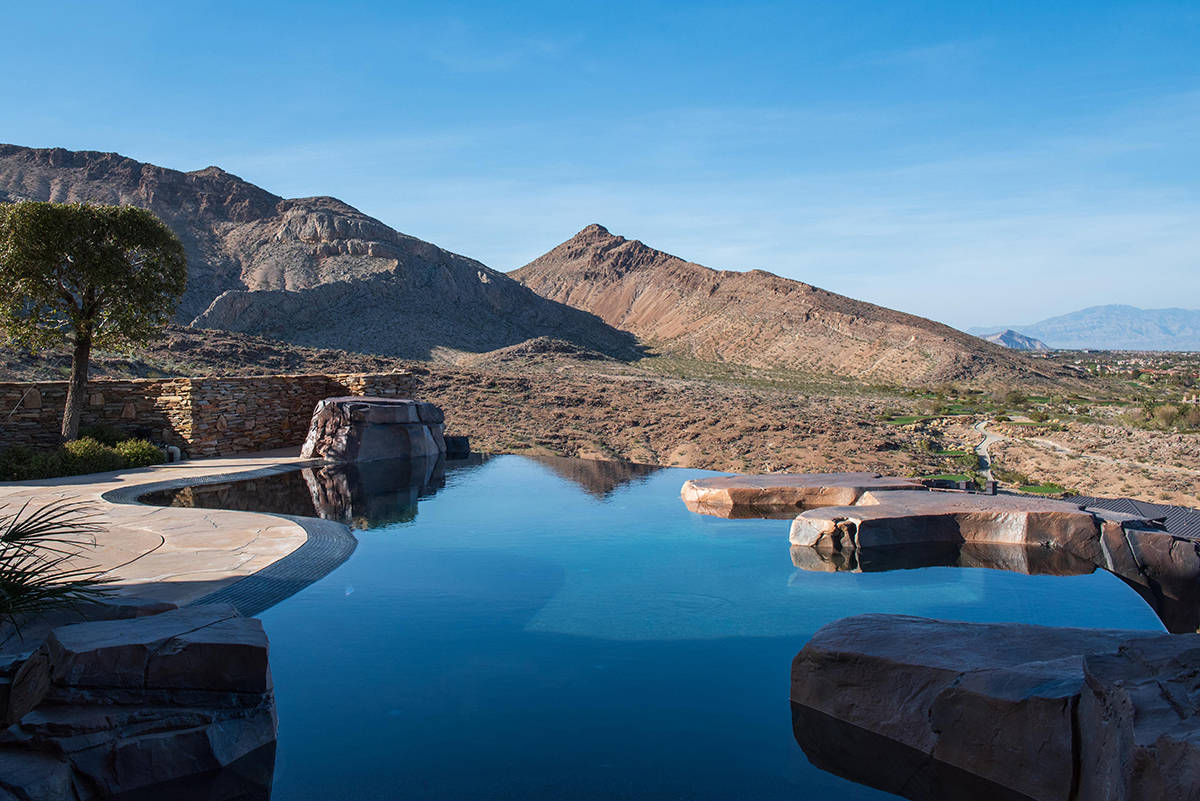 The out door spa and pool. (Simply Vegas) 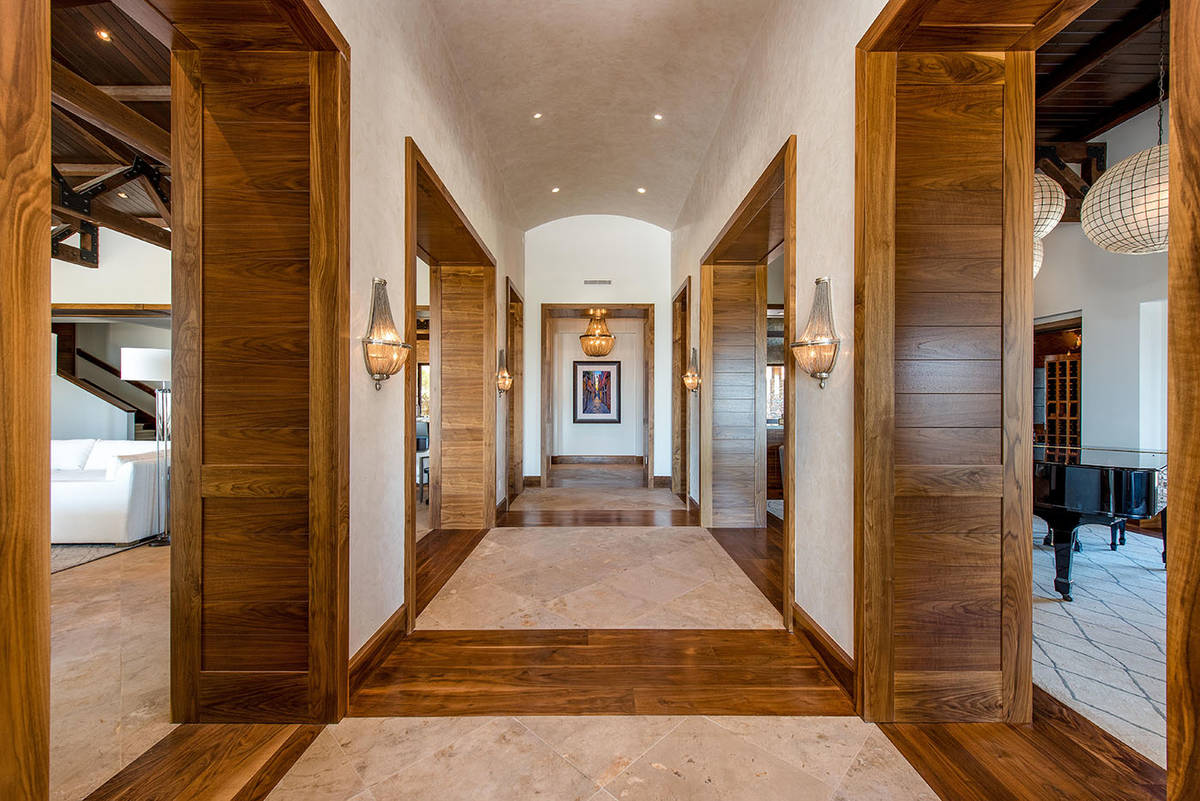 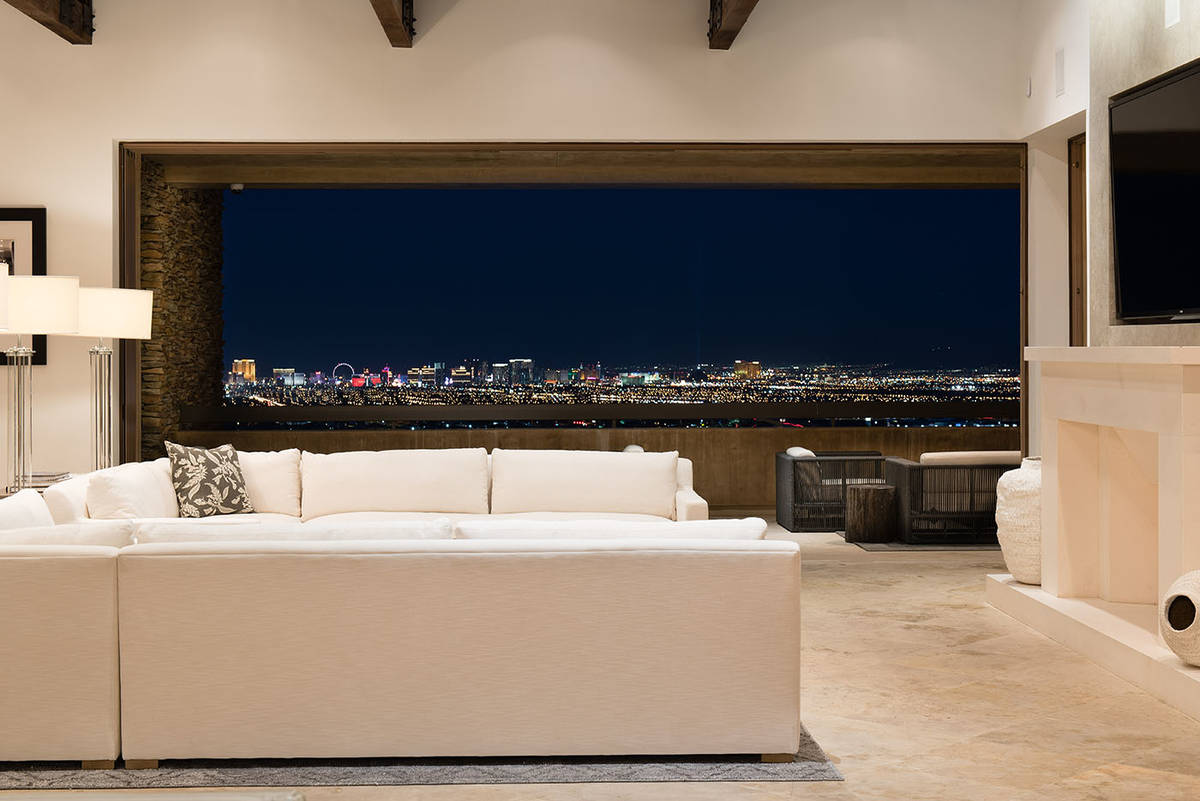 The great room has views of the Strip. 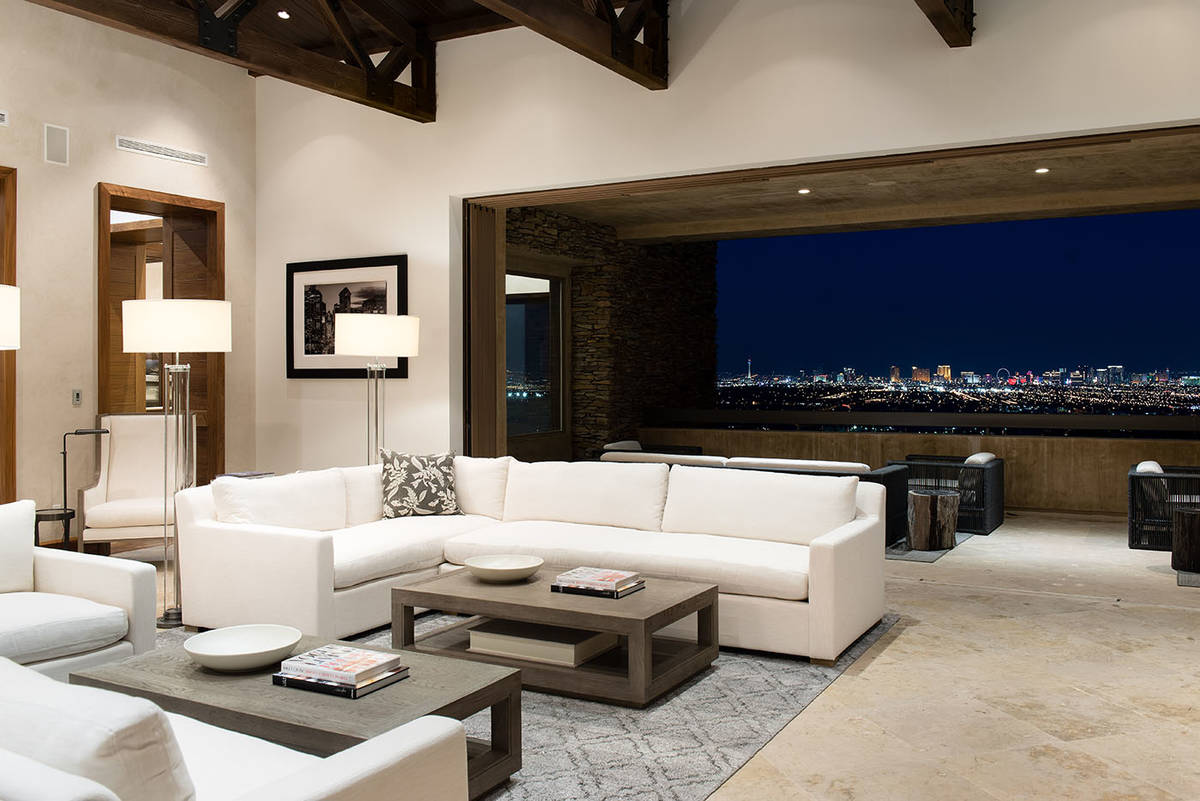 Views of the Strip. (Simply Vegas) 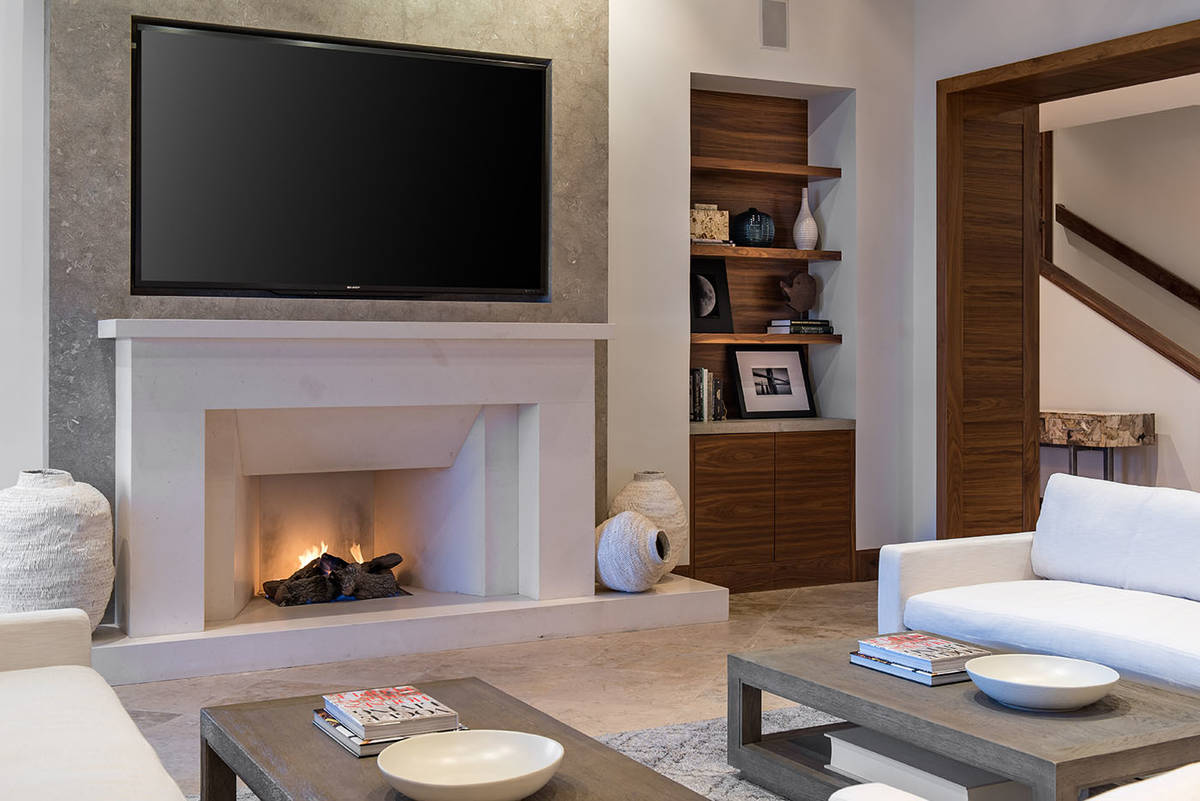 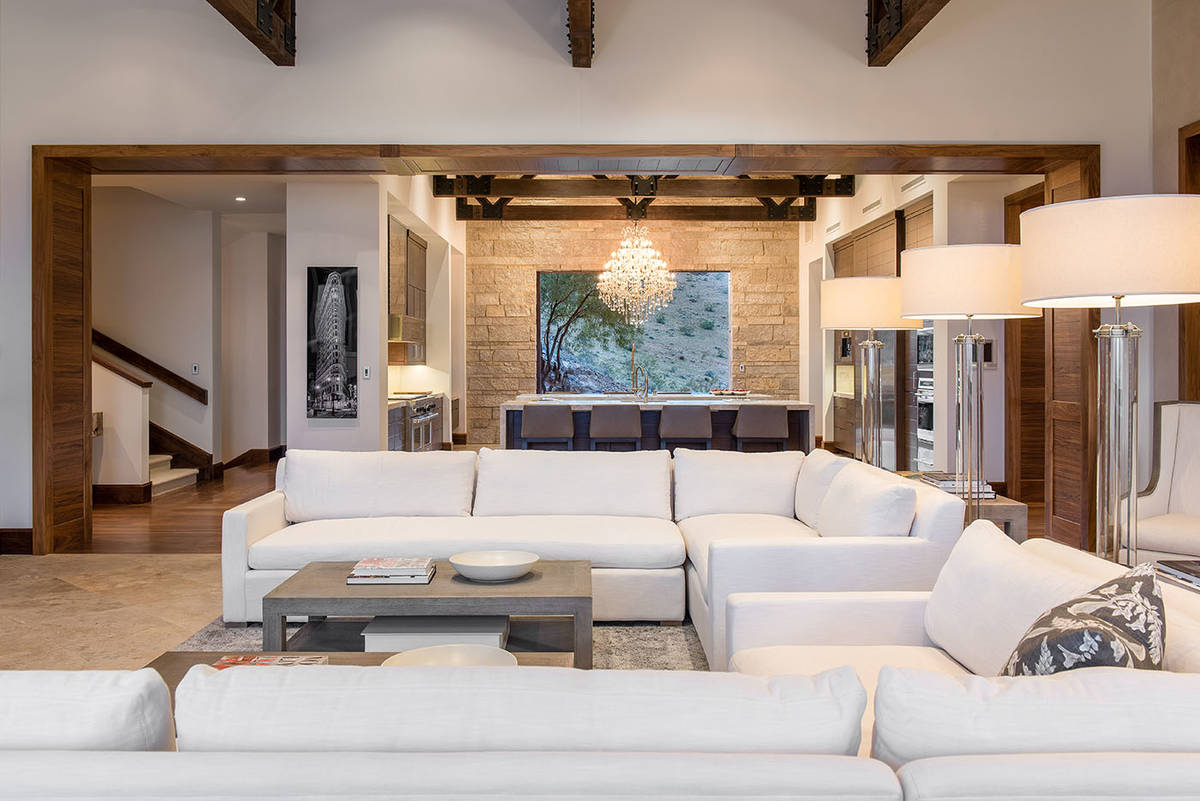 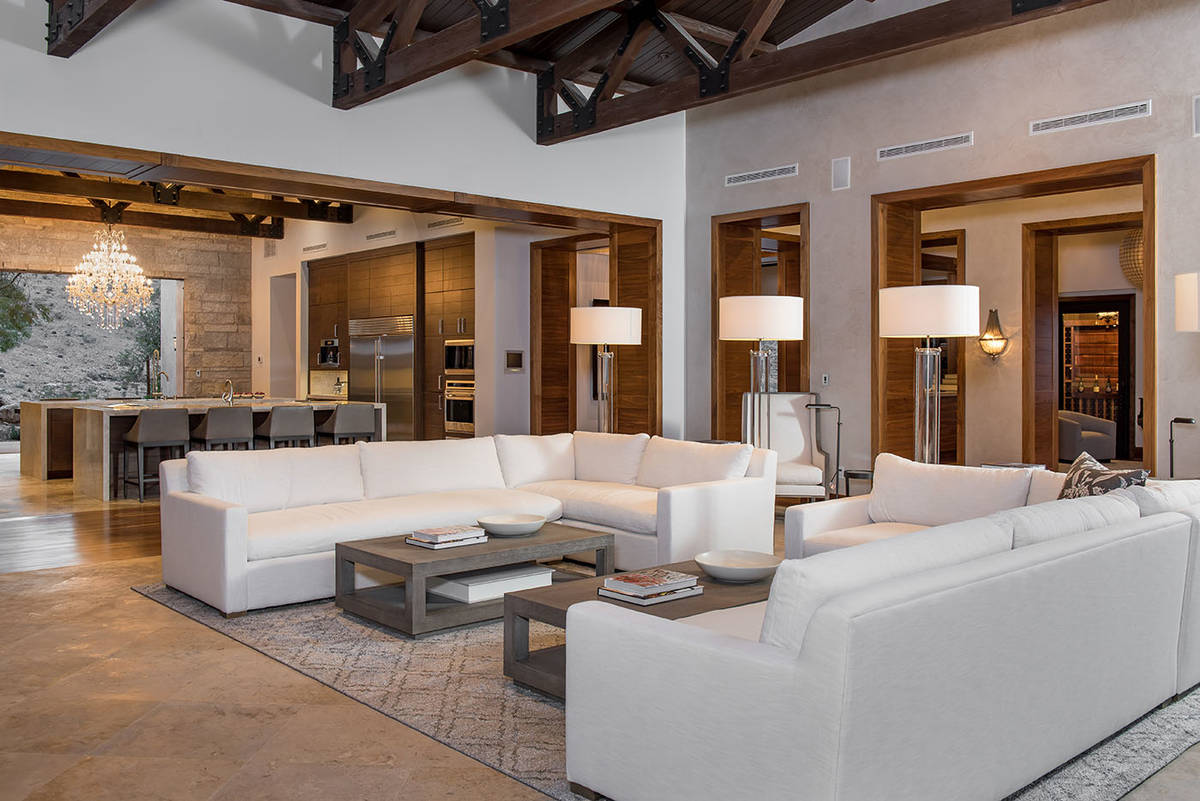 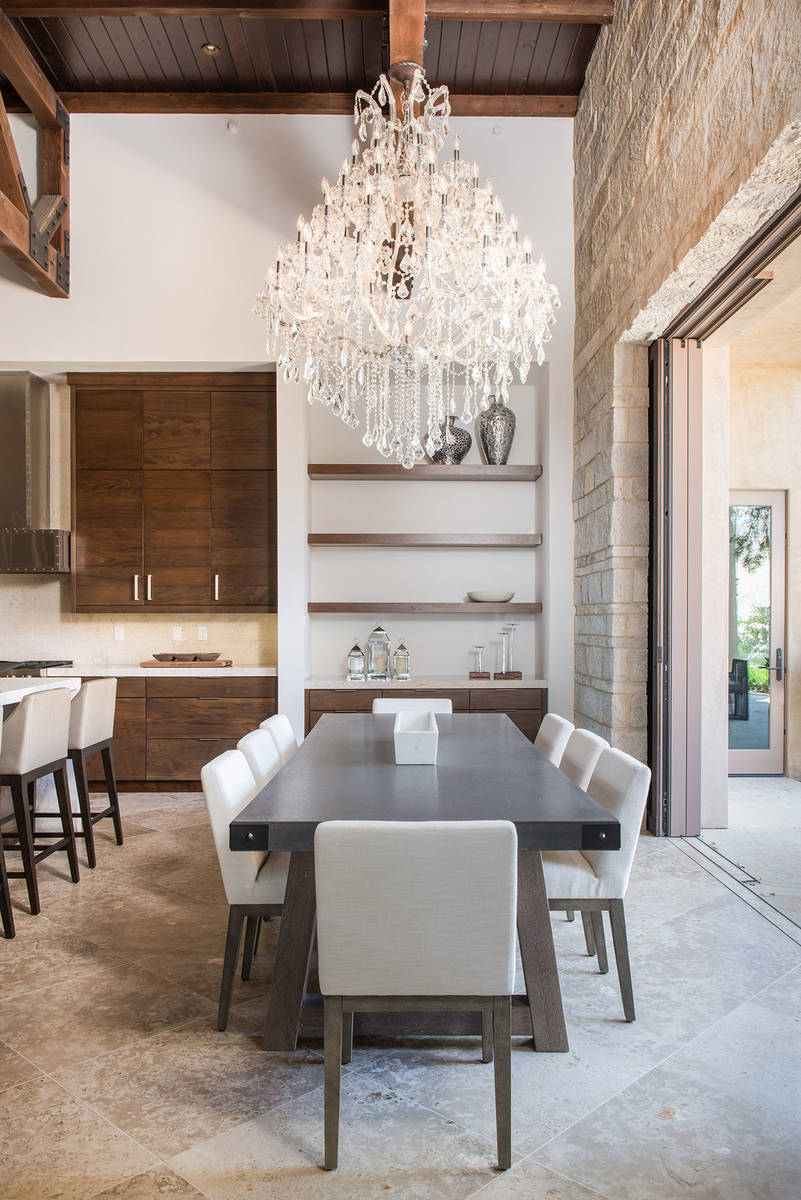 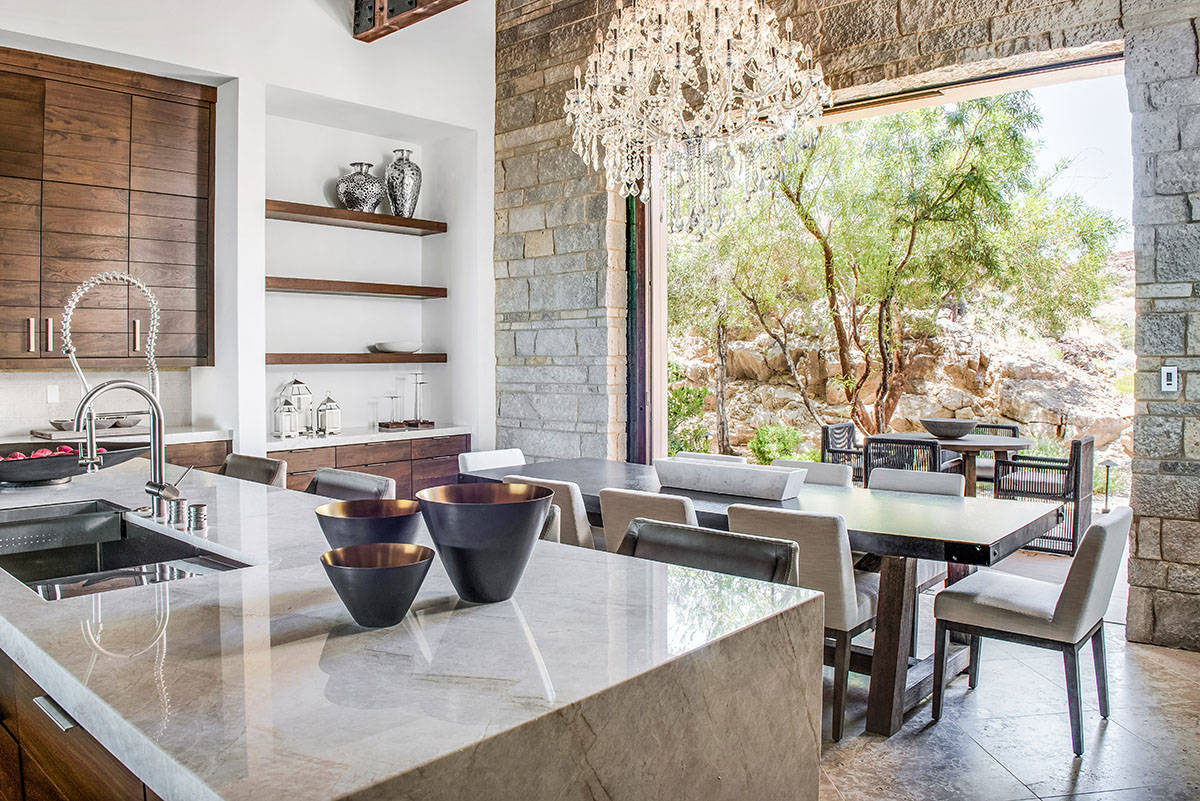 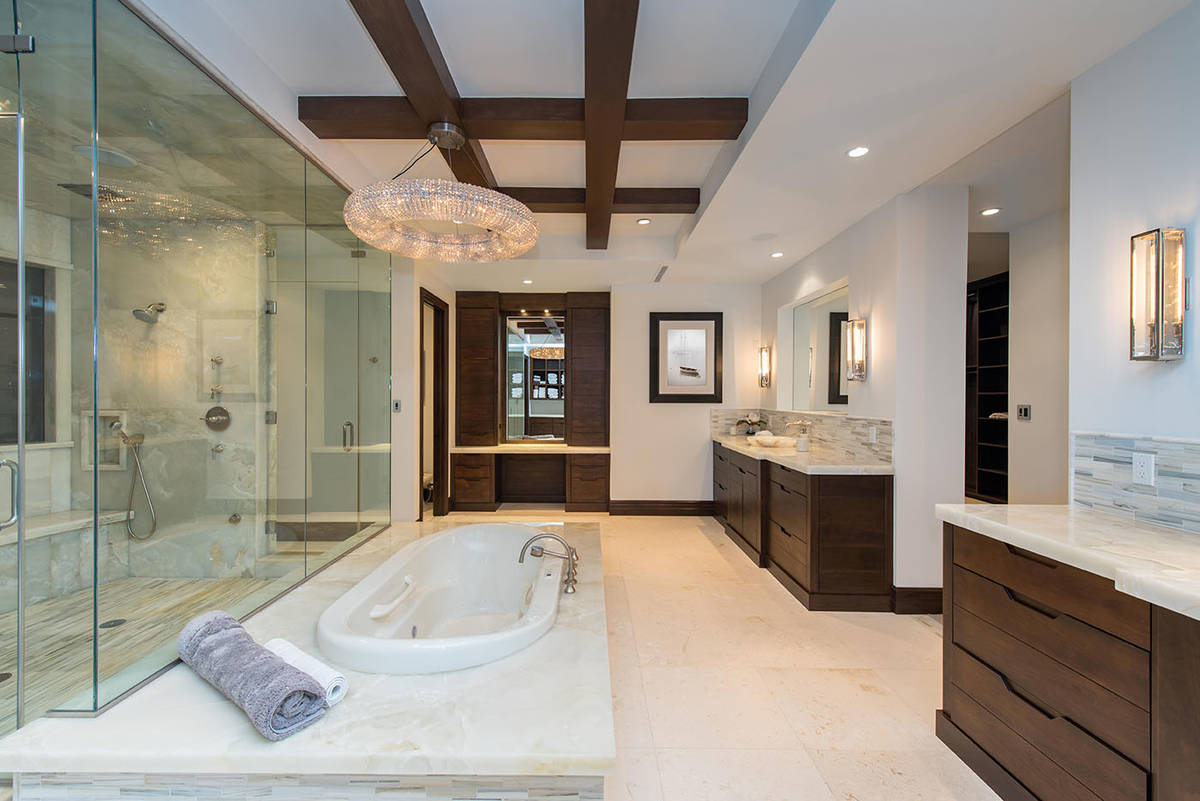 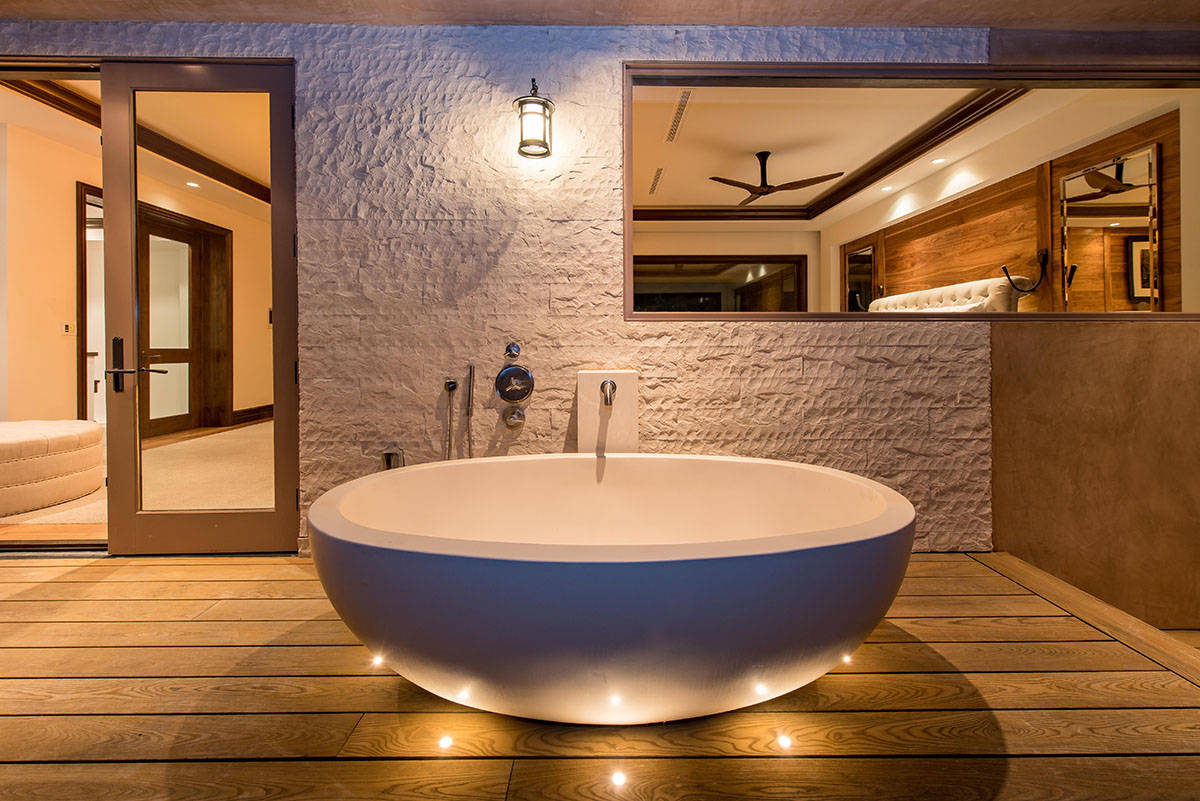 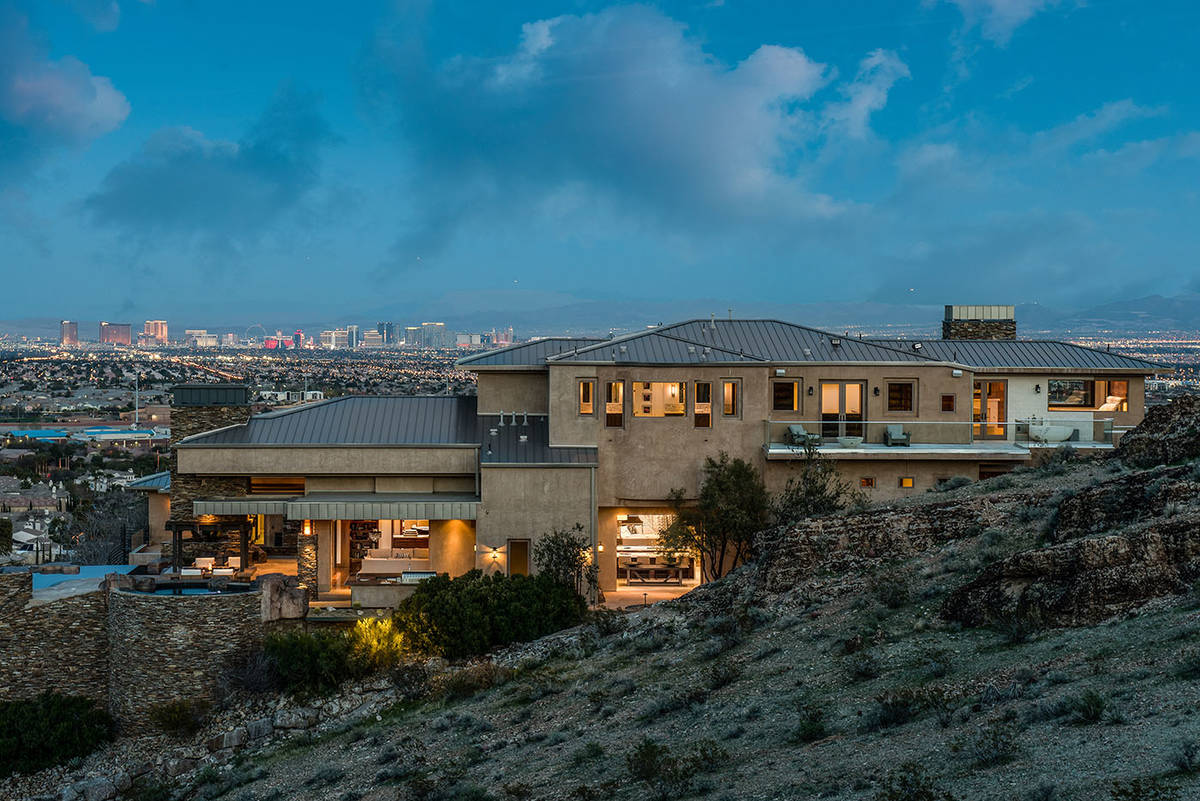 The Summerlin home sold for for $10.15 million. (Simply Vegas) 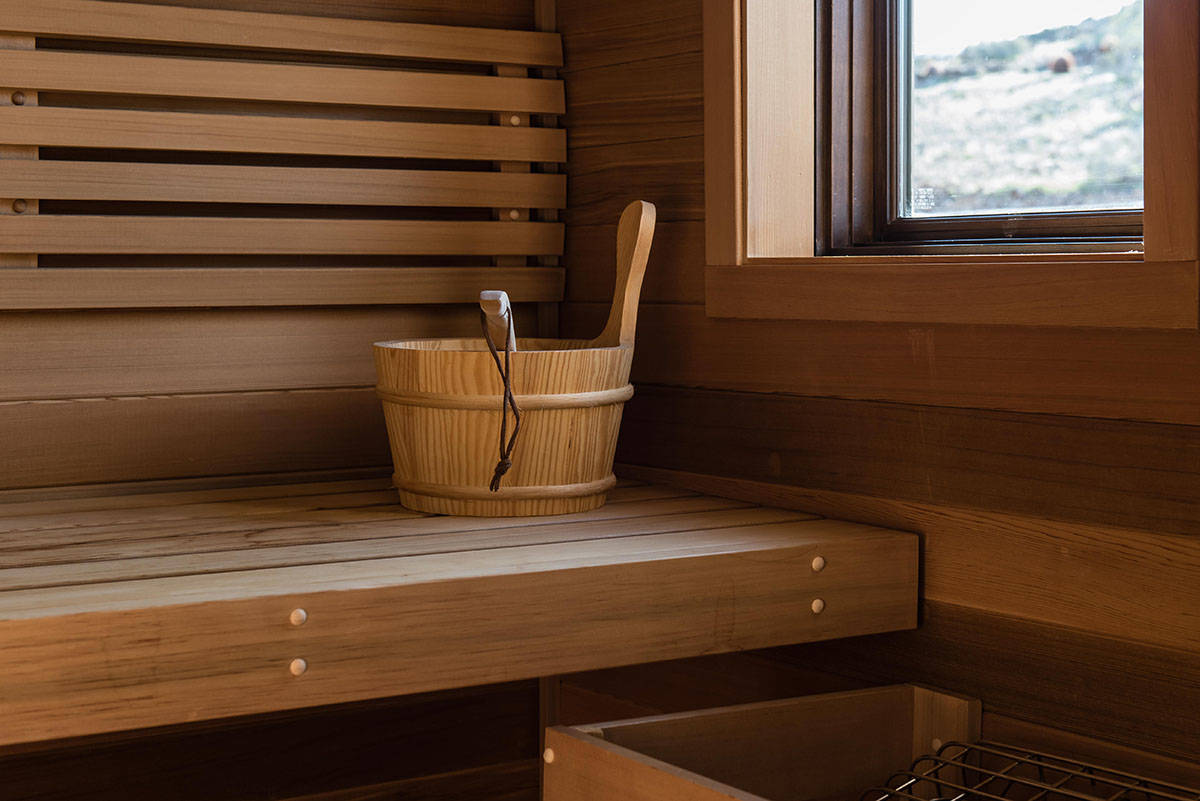 Las Vegas saw its second-highest sale of 2020 recorded Monday when a Summerlin home in an enclave in The Ridges known for the one of the highest elevations in the valley sold for $10.15 million.

Realtor and owner of Simply Vegas Gavin Ernstone was the agent of the seller, Stonefield Properties LLC, a couple who moved to Colorado. Ernstone was the buyer’s agent in August for a Henderson mansion in MacDonald Highlands owned by gaming icon Diana Bennett that sold for $11.25 million.

The sale comes as the luxury housing market in Las Vegas remains on fire.

Philip Gusterson with LVRE.com was the buyer’s agent. He declined to disclose the buyer, and it wasn’t available yet on Clark County records.

There were 73 sales of $1 million or more in August, which is one off the high of 74 in May 2019 since the Great Recession in stats tracked by Realtor Forrest Barbee, corporate broker with Berkshire Hathaway HomeServices Arizona, California, Nevada Properties. There have been 404 such sales through August, bettering the 385 through the first eight months of 2019. There were already 52 luxury sales through Sept. 19, which if that trendline continues would mean at least 80 sales.

The home was listed for about 18 months, Ernstone said. It was bought in 2012 for $5.15 million, according to Clark County records. Ernstone said they purchased it during a foreclosure auction and spent $5 million refurbishing it.

“I just think it’s a very reflection on how the luxury market is currently in Vegas,” Ernstone said.

The three-level, modern-style home at 5 Promontory Pointe Lane was built in 2009 and measures 14,918 square feet. It has five bedrooms, eight baths and a six-car garage.

Ernstone called it “one of the most iconic properties in Vegas.” and the highest elevation of any home and neighborhood in the valley. It’s in The Pointe, a triple gated 12-home enclave at the top of The Ridges with 360-degree views of the Strip and mountains that Ernstone said make you “truly feel on top of the world.”

“They purchased the house and decided to do an enormous renovation on it. They tore the entire house apart, and it took five years to do the renovation and in the process they decided to move to Colorado, which is why they lived in it off and on for a couple of years while they commuted between here and Europe.”

A multimillion-dollar renovation included changes in the floor plan and elevation and finishes, Ernstone said. The interior now features millwork, Venetian plaster, walnut and stone floors throughout. The home is outfitted with whole-home Crestron Automation and comes fully furnished with Restoration Hardware custom furniture and numerous pieces of artwork by famed photographer Peter Lik, he said.

Ernstone called the great room “the heart of the home with breathtaking views of the Strip.” It opens to an enormous front balcony via pocketing doors for a seamless indoor/outdoor transition. The room has vaulted ceilings that he said creates a bright, airy vibe while maintaining a cozy feel for sitting around the fireplace.

The home is made for entertaining with a bar and adjacent lounge on the main level, Ernstone said. It has a limestone bar top and beveled antique-mirror tile backsplash. It features Viking and Sub-Zero appliances, including ice maker, dishwasher, refrigerator/freezer drawers and wine cooler. The adjacent lounge has pocketing doors on two sides, showcasing more mountain and valley views, he said.

The main level has two dining rooms, one of which is a formal space that can accommodate a party of 10. Ernstone said. The dining room features cabinetry and millwork and has a balcony that opens to more valley and mountain views, he said.

A movie theater with custom-built lounge seating is on the lowest level of the house. It has an outfitted with a Marantz projection system with anamorphic lens and a Stewart Filmscreen that features a variable screen system. The movie theater is finished with fabric-lined walls, enhancing the audio experience.

A game room on the lower level has a central pool table, wet bar and refrigerator/freezer drawers that leads to a secluded entrance to the under-pool grotto and fire pit. The game room also has a terrace with valley and mountain views.

The backyard features a negative-edge pool with a cascading waterfall dropping to the grotto below. It has a full kitchen with bar seating for seven, Viking grill, cooktop and smoker oven. There’s also seating in a fire pit.

The main level of the home has a guest cottage with its own private entrance, kitchenette, fireplace and two balconies with unobstructed city and mountain views, Ernstone said.

There are three bedrooms on a mezzanine level at the south end of the home, Ernstone said. They are connected by a homework/game/TV room and lead to a wraparound balcony, once again showcasing Strip and mountain views, he said.

The upper level of the home is a master suite and retreat where views can be seen from the bed. There’s a large fireplace and sitting area.

The finishes in the master bath are onyx countertops and shower, walnut cabinets, crema Europa floor and a crystal chandelier, Ernstone said. The steam shower features a picture window, framing the unobstructed views of the Spring Mountains. There is a separate air tub and two toilets with bidet and urinal.

Two closets finish out the master suite, both with more views of the Strip and surrounding valley. One closet has laundry. The other has a large island and a separate shoe closet, with enough racks to hold 200-plus pairs of shoes.

The upper floor also has a separate master retreat with a second fireplace and more city views. An additional room with Strip views can be used as an additional office or gym space, Ernstone said. The master suite also contains a yoga/spa studio space and a dry sauna.

The master suite occupants can even take in mountain surroundings when using the private outdoor bath, Ernstone said. A free-standing tub had to be lowered in by helicopter. A second balcony has a fire pit.

The home can be accessed by a three-level elevator.