Skip to content
Sign up for our newsletter
section-ads_high_impact_1
BY BUCK WARGO LAS VEGAS BUSINESS PRESS
December 24, 2019 - 9:47 am 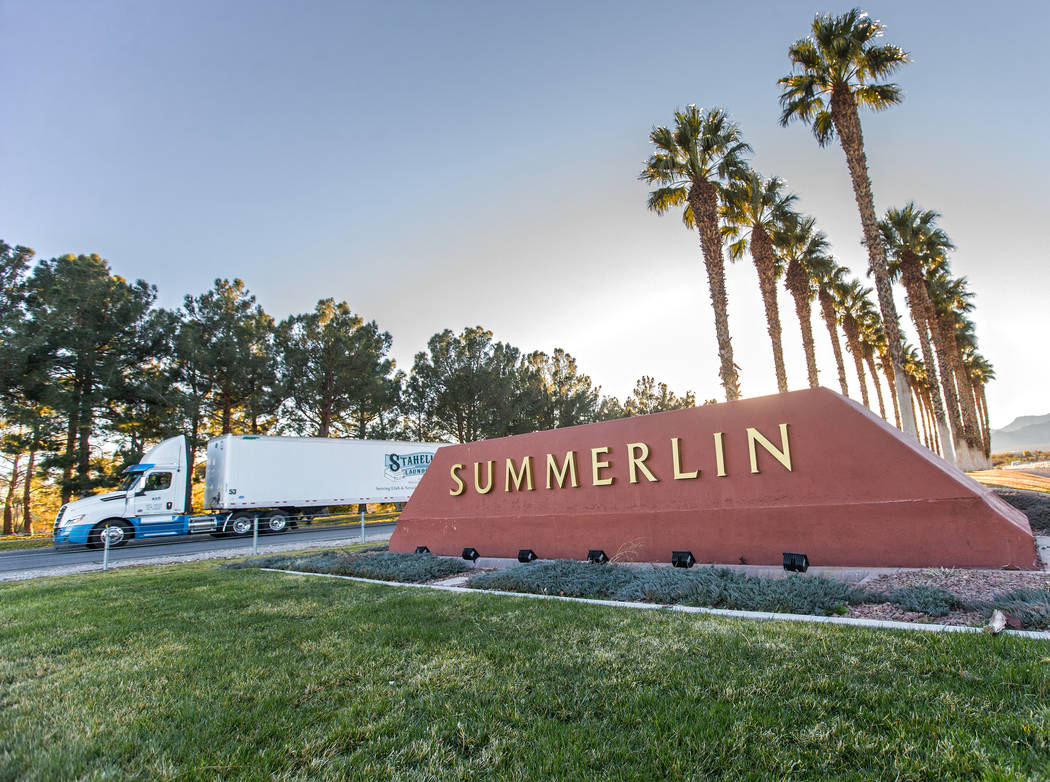 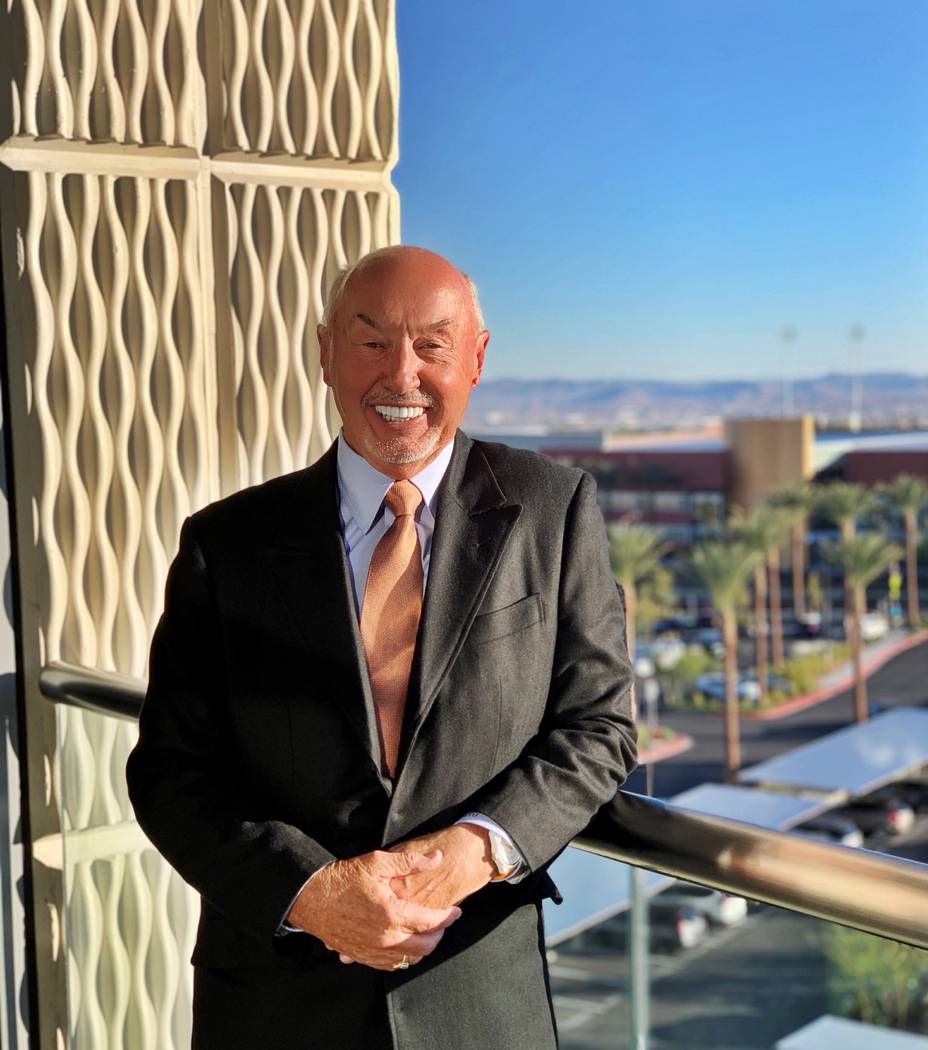 The president of Summerlin said he expects 2019 to approach last year’s sales and described how the master-planned community is well-positioned to continue its growth in 2020 as it celebrates its 30th anniversary with plans to open residential development north of Far Hills Avenue with a greater focus on affordability.

That would be a strong finish for Summerlin, which had sales that were down 13 percent during the first six months of 2019 — just as they were down in other master-planned communities. Summerlin sales rose 6 percent during the third quarter to narrow that gap and bring the yearly total to 989 through the end of September.

“We will be close to that number if not ahead of that number,” said Summerlin’s Kevin Orrock. “Last year was the best year since the Great Recession, so things are definitely headed in the right direction.”

Orrock said marking 30 years as a 22,500-acre master-planned community with a population in excess of 100,000 is “a milestone,” but he added that it’s not over. Summerlin has entitlements to build 40,000 housing units that could double the population. It also will revise development plans between Charleston Boulevard and Sahara Avenue east of the 215 Beltway to accommodate office and higher-density residential as part of an urban core.

“Everyone can look back and see we are true to our vision all the way through,” Orrock said. “Everyone takes pride in how this community works and lives, and each year it gets better and better. I’m very pleased with the way Summerlin has matured. The fact that we have been here for 30 years, a lot of people would assume we are done. We’ve 6,000 acres to go, and we will be here for a while.”

Orrock said he could see commercial development lasting through 2030 and residential development going another 10 to 15 years. Orrock, who has overseen Summerlin since 2004, said the housing market is on a sustainable pace, unlike the last decade, and although new median prices for the valley surpassed $410,000 for the first time in October, he expects prices to steady.

“I think we’re in a great spot right now,” Orrock said. “There are still jobs being created, and there’s in-migration, and Las Vegas will be one of the brighter stars in the economy. It’s a place people want to come to and is on everybody’s radar screen. And with professional sports it’s like we’re a real community.”

The relocation of the Raiders in 2020 lifts the community, and Orrock talked about the renovation and expansion of the Las Vegas Convention Center and construction of Resorts World Las Vegas and the MSG Sphere on the Strip.

“Gaming has been great for Vegas and pushed the community for so many years, but we’re more than just resorts,” Orrock said. “We’re a great community to live and raise a family, and we’re teeing up for a real good run in the next three to five years.”

Summerlin has homes priced from $300,000 to more than $1 million with multimillion homes under construction at the Summit Club resort development.

At the end of 2016, Summerlin announced a two-pronged strategy to grow market share in the future by not only offering higher-end homes on hillside lots but smaller, more affordable housing — both single-family and town homes in the flatlands.

Much of the new development will be in village 21 north of Far Hills Avenue in a community called Redpoint. It will be denser and more affordable with a different architectural style and more diversity.

“I think it’s going to be more of an urban feel,” Orrock said. “We hope to have some exciting product type from the builders, especially with some attached. In order to get prices down, you have to get density up. Our average home price is around $640,000. Our goal is to move back up toward the middle so we have product that is affordable to a lot more people. That’s where the market is. It’s $300,000 to $500,000.”

Brian Walsh, Summerlin’s senior vice president of residential, said the area north of Far Hills will have some of its typical product of Summerlin with single-story and two-story homes — some up to 3,000 square feet that will be priced from the $500,000s to $600,000s.

North of that as you approach Summerlin Parkway, there will be higher density called single-family special development — both attached and detached homes with lower price points.

“We’re seeing a lot of different product types in that area that we really haven’t seen before in Summerlin,” Walsh said. “We’re really excited about it and what we have seen, especially when you look at the price points. I hate to use the word affordable. That depends on the person’s definition. But we’re certainly going to see far more product types starting in the very high $200,000s and the low $300,000s than you have ever seen before in Summerlin. It’s really good-looking and conforms to our design criteria.”

Richmond American Homes will do an alley-loaded duplex, which is actually single-family attached.

Woodside Homes will do a single-family detached courtyard cluster with a second-story and third-story option, Walsh said.

Four of the 10 parcels north of Far Hills Avenue, west of the 215 Beltway, are involved in this next wave that will have attached products, Walsh said. About 150-plus acres is involved in this portion of the village overall.

Walsh said builders will start selling the homes in the second and third quarter of 2020. They will have sales trailers and offices on-site, and some builders will “start going vertical with their models. By summertime in June or July, you’re going to see this stuff for sale.”

The homes touching Far Hills Avenue will be three to five units per acre, which is similar to most of Summerlin, Walsh said. The further north, the density becomes eight to 11 units per acre, he said.

“We do have some higher density that Lennar is doing on the south side of Far Hills that is 11 or 12 per acre, but usually we have one parcel per village that might be a little higher density,” Walsh said. “In this village, we’re going to have four or five parcels.”

Besides Richmond, Toll, Lennar and Woodside, other builders in the early phase of the village will include William Lyon, KB Home along with Pulte and Pardee in early 2021.

It won’t all be that way, Walsh said. In the future, heading further west in the development along Far Hills Avenue, the homes there will be more luxury.

In the new village, there are two architecture collections in Redpoint, the Explorer Collection and the Innovation Collection, Walsh said.

The Explorer Collection includes influences from Hacienda and Spanish design. The Innovation Collection includes midcentury modern and contemporary design. Both styles are expressed in a transitional or contemporary manner. Redpoint will move away from traditional, or classic architecture, but it will still look like it belongs in Summerlin, Walsh said.

What stood out, especially in the commercial side in Summerlin in 2019, is the opening of Las Vegas Ballpark for AAA baseball. Orrock called it a success in drawing 650,000 people and solidifying Summerlin as a community with City National Arena, the practice facility of the Vegas Golden Knights.

It marked the five-year anniversary this fall for Downtown Summerlin with its 1.2 million square feet of retail, 30 restaurants and 200,000 square feet of office and is 95 percent leased. In its first full year in 2015, it had 14 million visitors. It has reached 20 million in 2019.

“When you look at where someone wants to live, they look at the schools, but also the amenities,” Orrock said. “If you live in Summerlin, you can walk or are a five-minute drive to the Ballpark. Hundreds of people go in and out of the Knights’ practice facility every day. I think it’s all an attraction and benefit that people would check the box and say I can buy a home. I think people are buying homes as a result of the amenities we put in.”

Orrock said they’re reviewing what to do next in the 400-acre urban core of Summerlin that is bounded by Charleston Boulevard on the north, Sahara Avenue on the south, the 215 Beltway on the west and Town Center Drive on the east.

In August, it opened the Constellation, a 267-unit luxury apartment complex, which is already more than half leased.

Summerlin is looking at revisioning its downtown area for the first time in 10 years because there wasn’t an expectation of a baseball stadium or hockey practice arena, Orrock said. That plan included 4,000 residential units and 1 million square feet in office space, he said.

“We will take a look at the right product given the retail across the street and connectivity between the east and west part of downtown,” Orrock said. “There will probably be more of everything — several million in office, residential and maybe some neighborhood retail. There will probably be multifamily for rent, but whether we do for-sale, I’m not sure. We have a height allowance of 200 feet. I can see mid-rise or high-rise. It will be more of an urban center.”

Creating additional office space is an easy decision because people want to work closer to where they live, Orrock said.