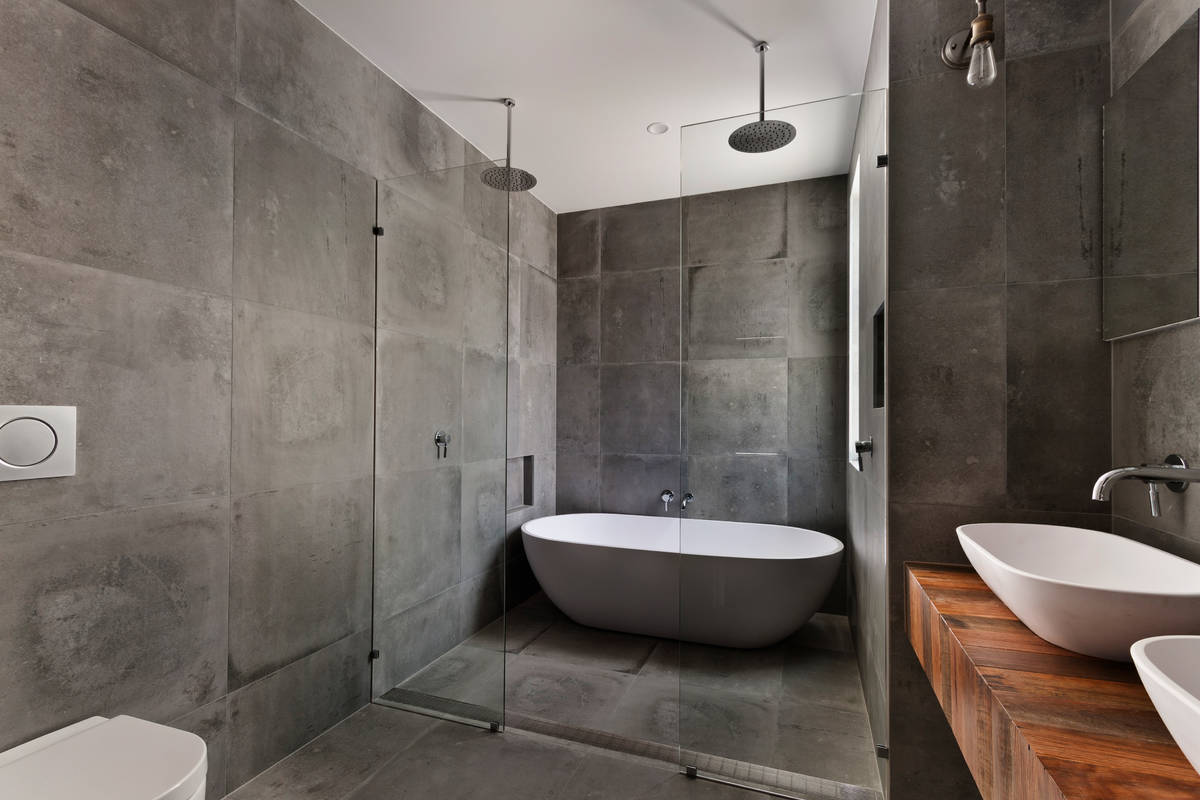 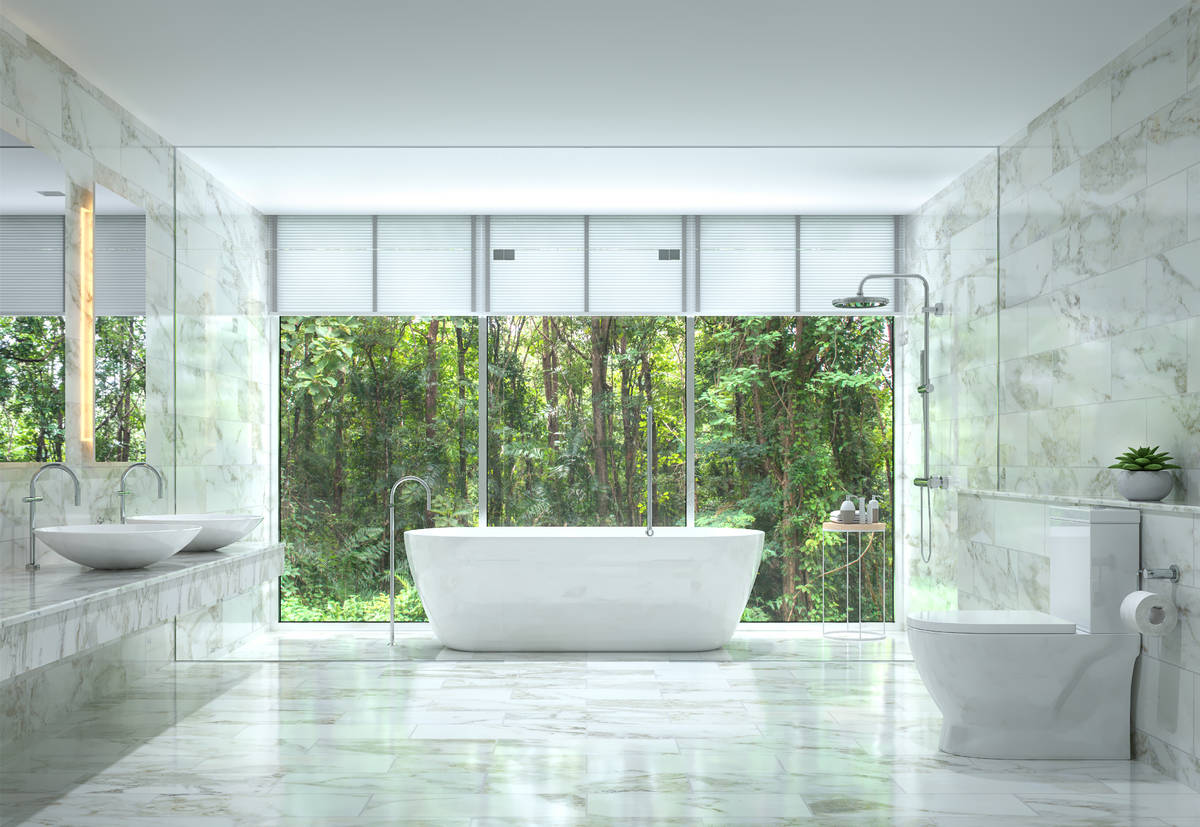 Experts say a trend of luxury homes including bathrooms with wetrooms is growing. The room is enclosed and houses the tub and shower and acts as a stream room. (Torpong Surunna) 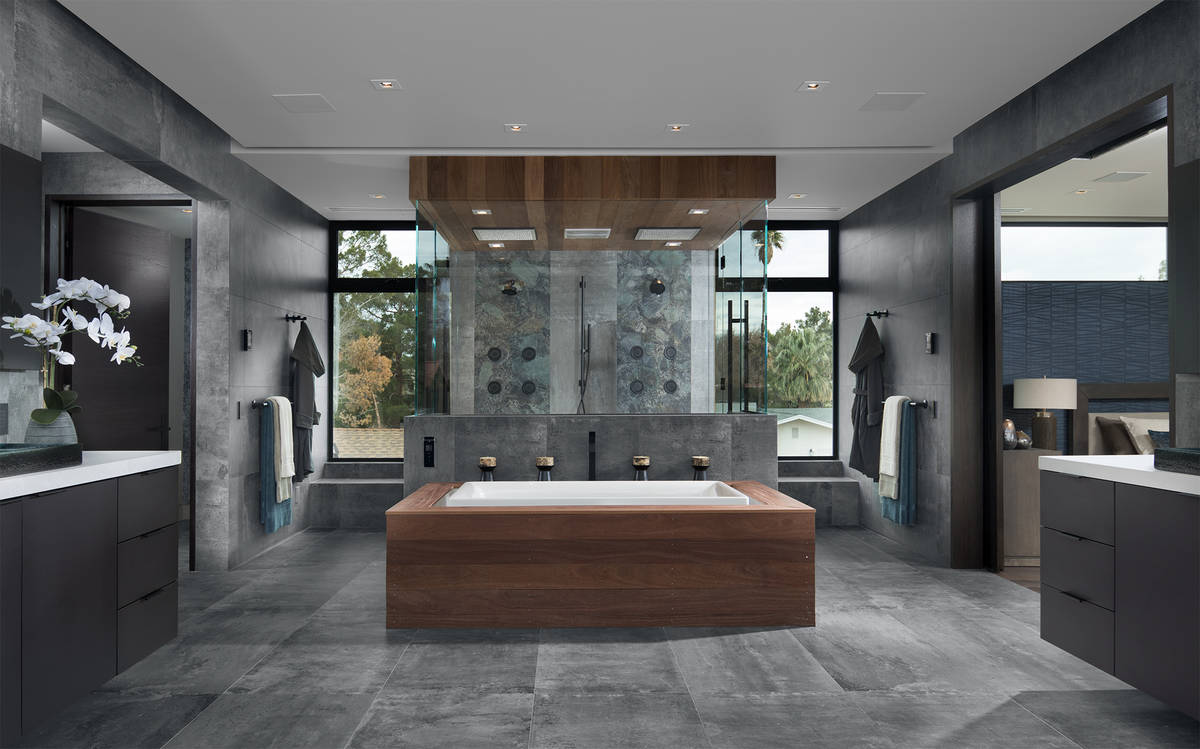 As people continue to spend more and more time inside their houses, it has become overwhelmingly clear how important some rooms are to the overall design and function of the home.

In early 2020, architects and interior designers predicted that the dual-purpose bathroom would become one of the hottest residential design trends of the year — one that has grown in popularity amid the coronavirus pandemic.

“People are spending a lot of time in their homes and are seeing how important it is to update certain rooms in the house that might have been seen as less important in recent years,” said Michael Gardner, principal and lead architect at studio g Architecture. “In the past, spaces like bathrooms might not have been as important to homeowners as other rooms, such as the kitchen or the master bedroom. But now, the bathroom is considered more than just a place to brush your teeth and get dressed — it’s an area where you can disconnect from the outside world for a bit and just relax.”

Gardner said many of his clients are requesting dual-purpose bathrooms that resemble a resort-style spa. His recent designs include upgraded technology built into the bathroom walls and mirrors, oversized showers with multiple purposes, functional materials that are easier to clean and targeted lighting built into the mirrors and walls.

According to Gardner, the new sought-after showers in multipurpose bathroom designs are wet rooms, where showers and baths are combined into one area that can double as a steam room. Wet rooms can be as large as 15 feet long and 10 feet wide, and they often feature an area enclosed by glass walls and doors, with a bathtub on one end and an open shower space on the other. The room includes steamers that can transform the entire space into an in-home steam room.

“These rooms are a hit among those looking to re-create their bathrooms into a space worth spending time in. We’re currently working on a wet room for a client who also requested an upgraded shower inside the room, with body sprayers that protrude from the walls where the shower will be,” Gardner said.

Other bathroom favorites this year include extra-large showers with double “his-and-her” showerheads, a feature Gardner most recently designed for the 2019 New American Remodel just north of downtown Las Vegas.

The his-and-her trend, which Gardner said is making a comeback in home architecture, includes separate counter and sink spaces and isolated his-and-her toilet rooms that are hidden from the main bathroom. “We’re seeing that more couples are wanting their own separate areas in every part of the bathroom so that each person can do and have exactly what they want in their most intimate space,” Gardner said.

Technology is slowly making its way into bathrooms to add a sense of convenience, Gardner said. Smart mirrors have appeared in the market, some of which can be paired with smartphones, offering voice command technology and displaying the local news show while getting ready in the morning.

“Bathrooms are not the only spaces inside the home that are being reimagined to be multifunctional. Dual-purpose spaces in general are rising in popularity because our lives are busier than ever before,” Gardner said. “No one has just one hobby anymore, just like no room as just one purpose anymore.”

Other spaces in the house such as in-home fitness areas or gyms are being designed so that they can easily convert into massage rooms or sitting areas. Even central areas of the home such as the great room or kitchen have been redesigned to become extensions of the outdoor patio or backyard simply by sliding open floor-to-ceiling pocket doors.

“The implementation of a dual-design actually creates a more luxurious experience for residents, who are looking to get the most out of every part of their homes,” Gardner said.

Studio g Architecture is a holistic architectural and interior design studio based in Henderson. Founded by Gardner in 2010, studio g specializes in delivering excellence, integrity and innovation in its designs while remaining conscious of sustainability.