Skip to content
Sign up for our newsletter
section-ads_high_impact_1
By Buck Wargo Special to the Las Vegas Business Press
July 24, 2016 - 8:00 pm 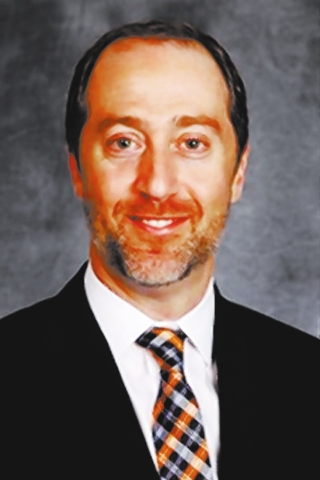 Commercial property owners have proposed an ordinance that rewrites the way the City of Las Vegas collects revenue from them for their leasing activities.

A moratorium enacted in April halted efforts to collect fees from property owners. It remains in place while further research is done on the proposal and discussions continue with city officials on whether the fees should be restructured. The next meeting is expected within the next 60 days.

Earlier this year, the city upset commercial property owners and the real estate community by mailing hundreds of letters asking them to obtain businesses licenses if they’re leasing their properties. In the letter, the city required them to pay a fee based on revenue they generated from rents.

That prompted a series of meetings, including one on July 7 featuring city officials, the Southern Nevada chapter of NAIOP (the Commercial Development Association), and the Commercial Alliance Las Vegas, which is the commercial real estate arm of the Greater Las Vegas Association of Realtors. The real estate industry, which considers the fee a tax on rent and fears it will make people reluctant to invest in commercial real estate, outlined a proposal at the meeting.

“They were wanting 100 percent compliance with the way the law is written now, which we objected to,” said NAIOP President Mike Shohet said. “We proposed a different solution — a tiered flat fee scenario where commercial property owners would get a business license but it’s not a percentage of rent. It’s a flat fee and tiered based on square footage or number of units in your property.”

The Nevada Association of Realtors sent out a newsletter following the meeting saying that the GLVAR strongly opposes the existing commercial licensing fee as harmful to private property rights and negatively impacts on businesses. But the NAR suggested the city might continue the license fee and that it was best to propose an alternative.

“That’s why we suggested a tiered system in which the first tier would be exempt from any fee, and the other tiers would be a flat annual fee based on either the number of units or square footage,” the newsletter said. “Commercial property owners in Las Vegas should stay tuned as this proposal moves forward to the Council.”

As for handicapping the prospects that the proposal is accepted, Shohet said that remains an unknown. All that’s known for now is that the city hasn’t said no.

Karen Duddlesten, the city’s deputy planning director, said the city only promised the real estate industry that it would take a look at the proposal and study it further.

City officials have contended they don’t want to create a financial hardship for businesses and doesn’t believe the existing fees in place do that. The license fee is .00056 on gross revenue every six months. That’s about $55 for properties generating $30,000 in rental income.

“What they want is very different from our licensing right now,” Duddlesten said. “We need to do some research, and they agreed to help us to try and figure out how many businesses their proposal would impact and how many it would not and what impact it would have on businesses cost wise and revenue to the city.”

The other concern is how the commercial industry proposal would impact small business owners who set up separate entities for tax purposes and in essence lease the building to themselves. It’s not clear what happens under this proposal, but the city excludes those businesses in the current fee structure, she said.

Las Vegas officials have been adamant that the existing fees are authorized under existing ordinances in place because businesses such as shopping malls, industrial centers, office parks and mini-storage centers are required to hold a business license for leasing space. The issue resurfaced earlier this year after the city modernized its business license process and learned many commercial leasing businesses had been categorized inconsistently and hadn’t been paying the fee.

Shohet praised the city for being open to the negotiations. He said he understands the city was just trying to get some compliance with its ordinance, but he called that “low-hanging fruit” that will only net limited compliance.

“The way we’ve structured it, it will be more amenable to individual property owners to comply,” Shohet said “They may end up from a total revenue standpoint getting more out of it than having to fight the enforcement battle of a poorly written ordinance.”

The existing fee system is intrusive into the financial records of property owners, Shohet said. That’s an important issue because it’s burdensome to open books to the government if you’re an individual property owner, he said.

“The first position is the ordinance is ridiculous, and you’re impinging on individual property owner’s rights,” Shohet said. “We understand the law is already in place, and we’re not in a good negotiating position in terms of getting it defeated completely. We’ve proposed a compromise. We would rather not pay anything, but our position is better for the city. If you make enforcement easier, more people will comply and the total the city is able to recover from it will increase.”

In defense of its license fee, city officials said the same is being done in unincorporated Clark County as well.

Shohet said the process will take awhile and the timetable is unknown. If city officials agree to the proposal, someone on the City Council would need to sponsor the plan, a new ordinance would have to be written and then approved by the elected body.