Skip to content
Sign up for our newsletter
section-ads_high_impact_1
BY BUCK WARGO LAS VEGAS BUSINESS PRESS
November 10, 2020 - 9:26 am 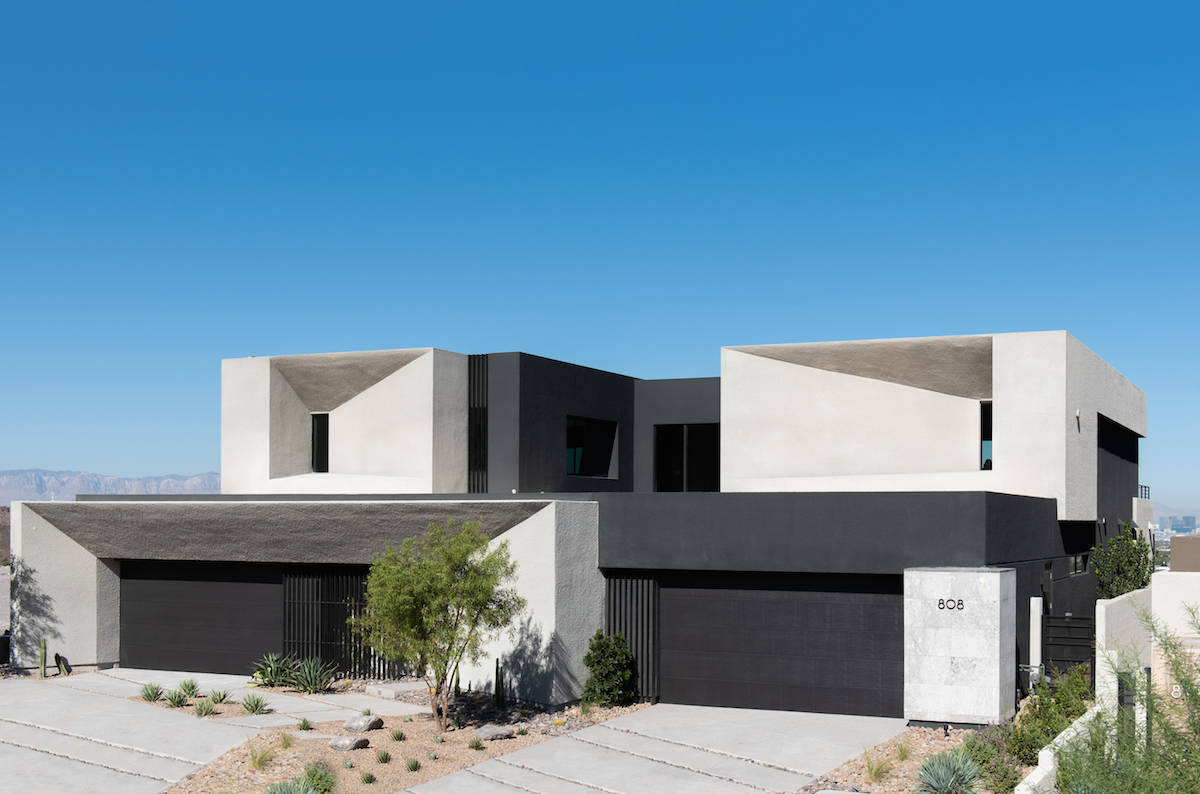 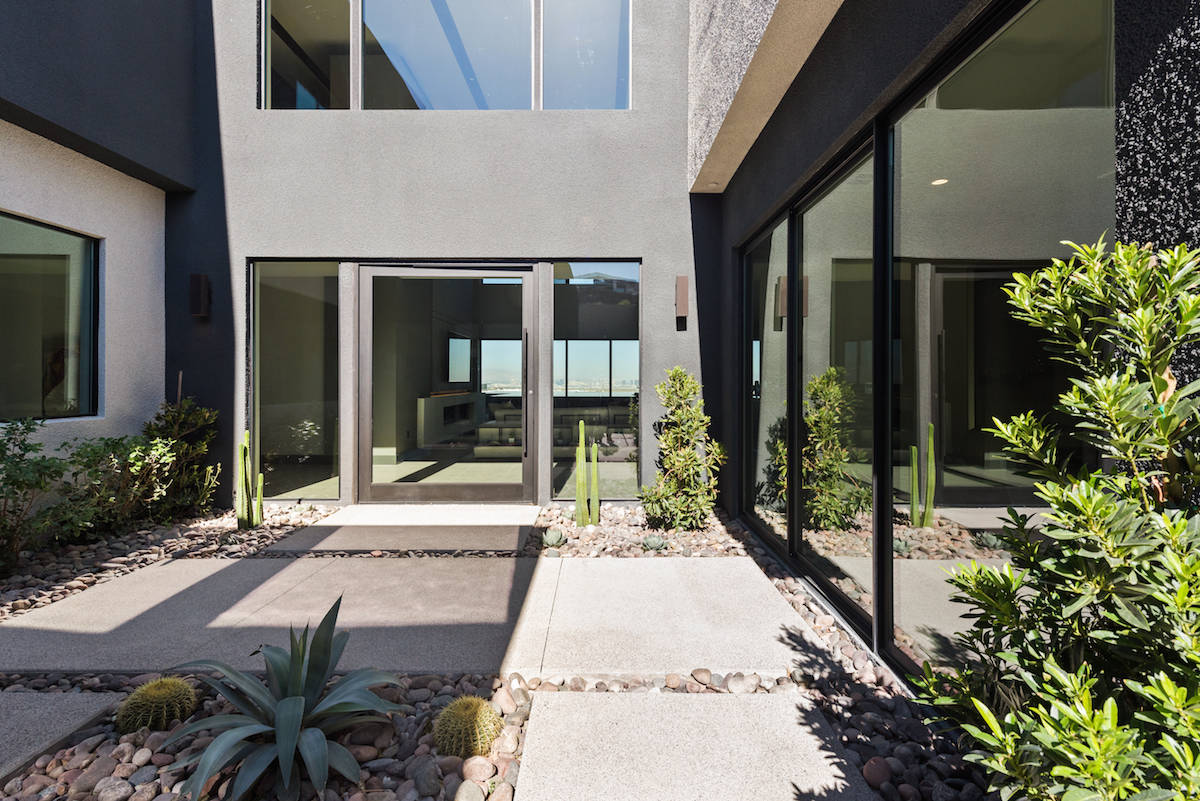 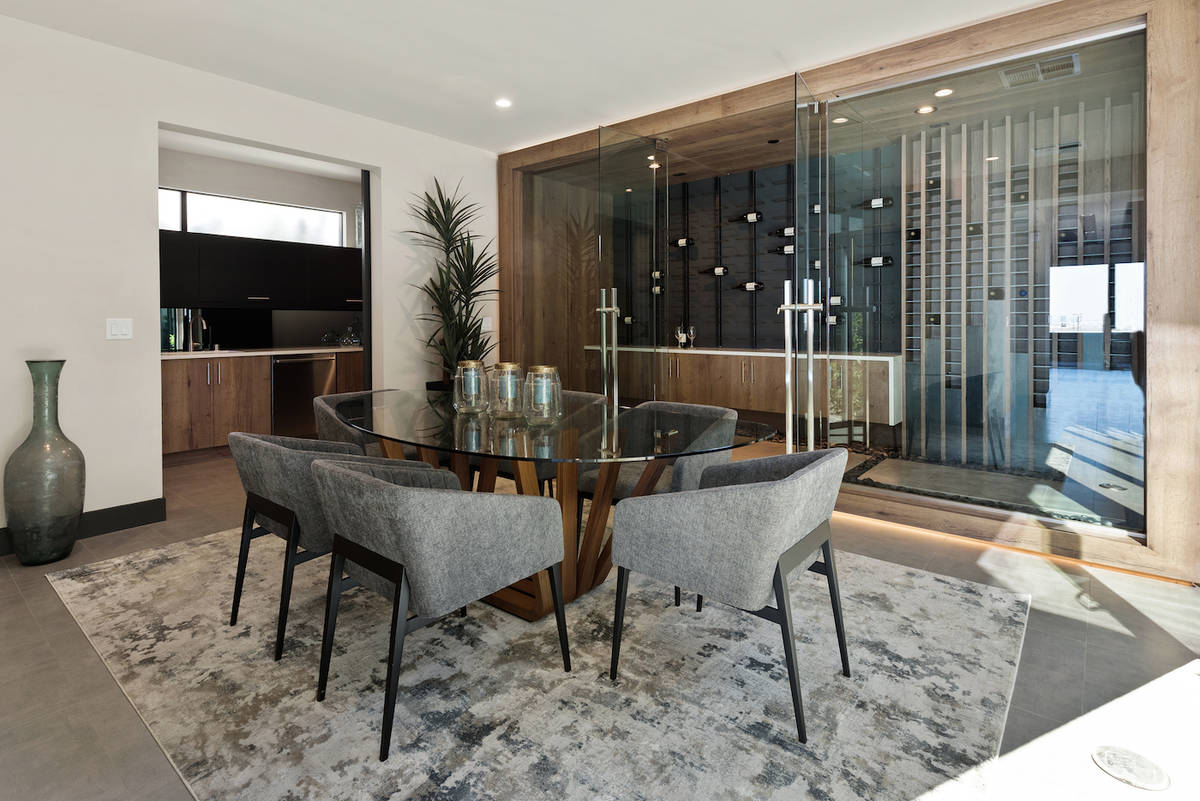 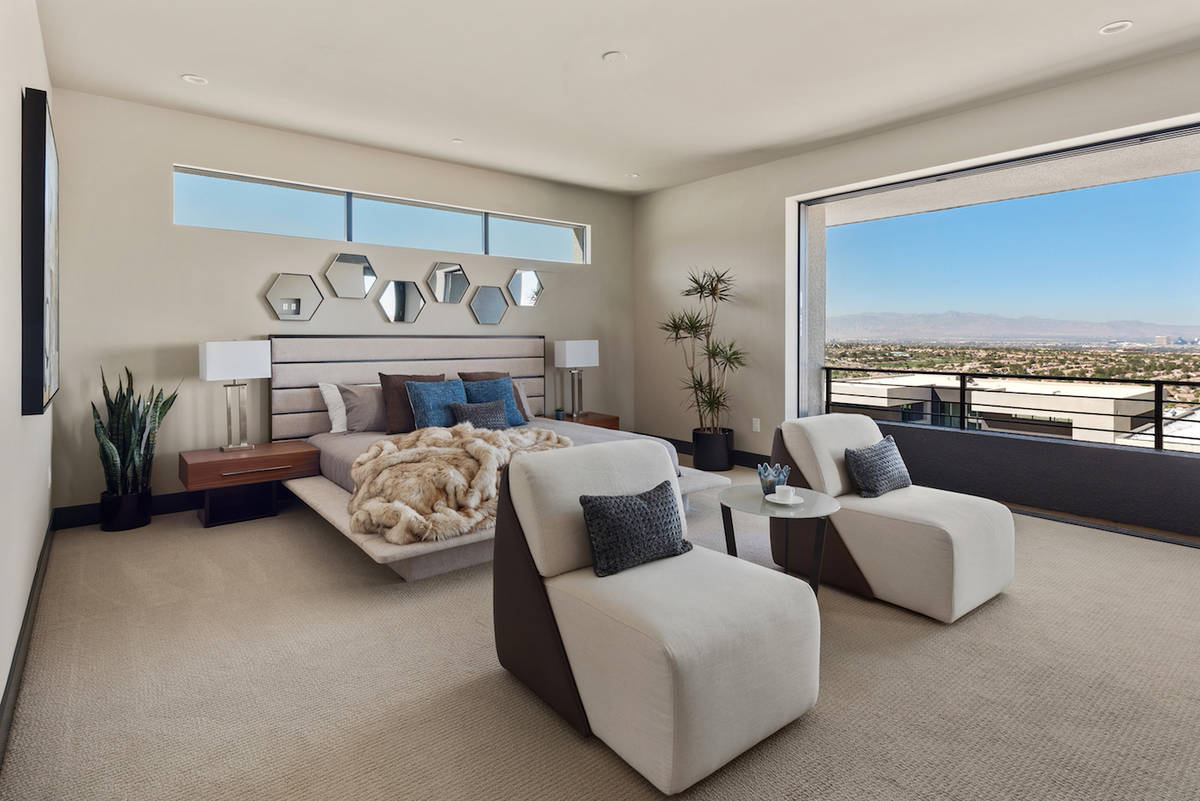 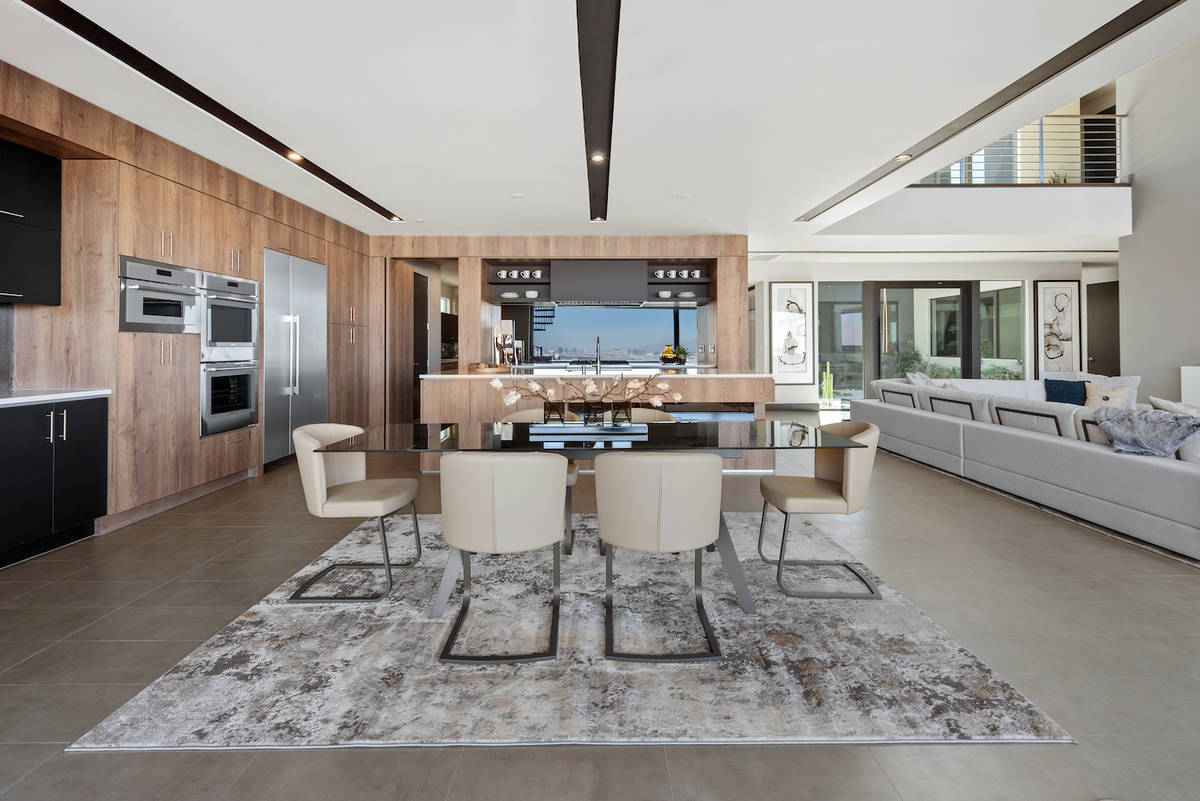 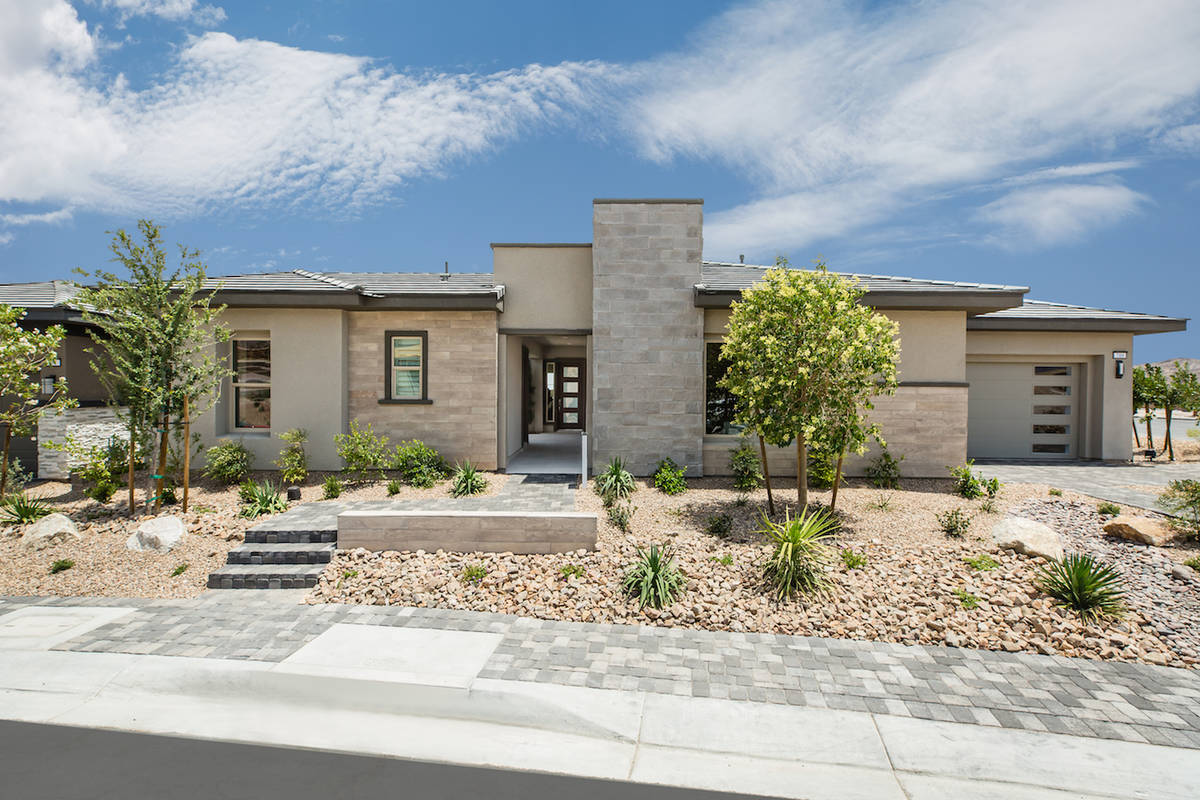 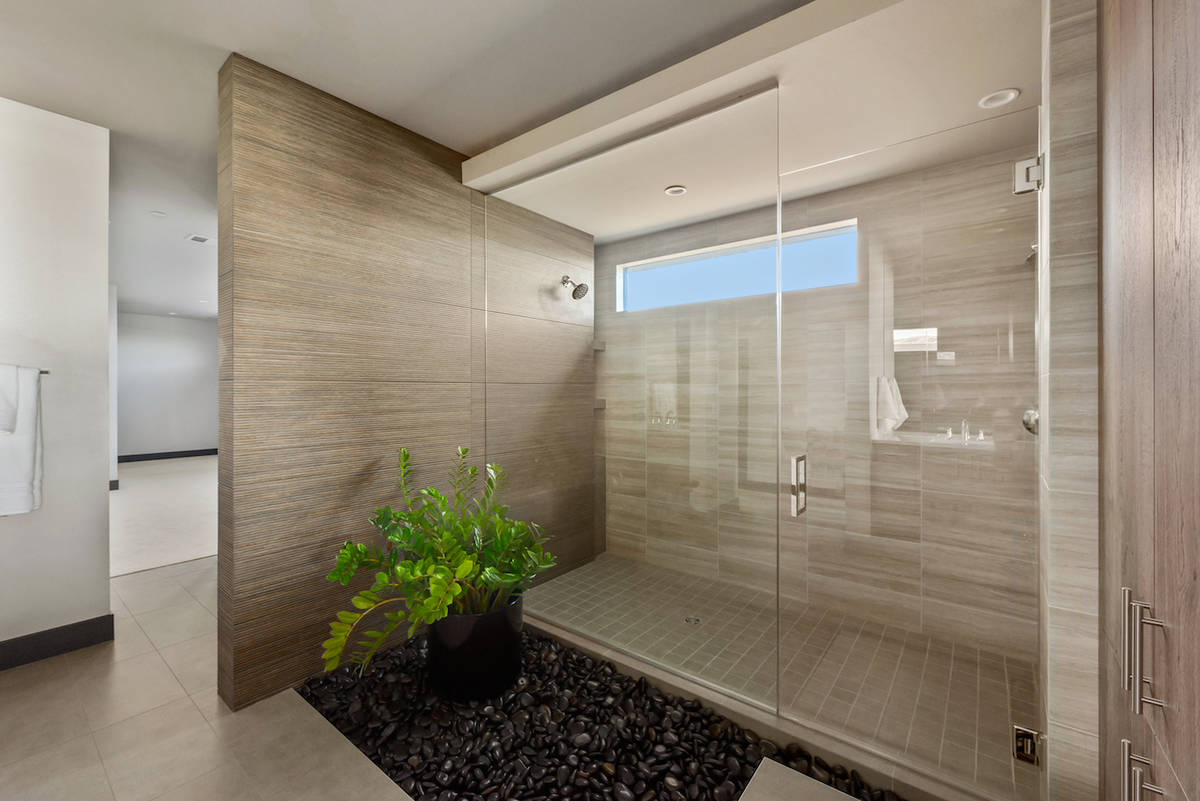 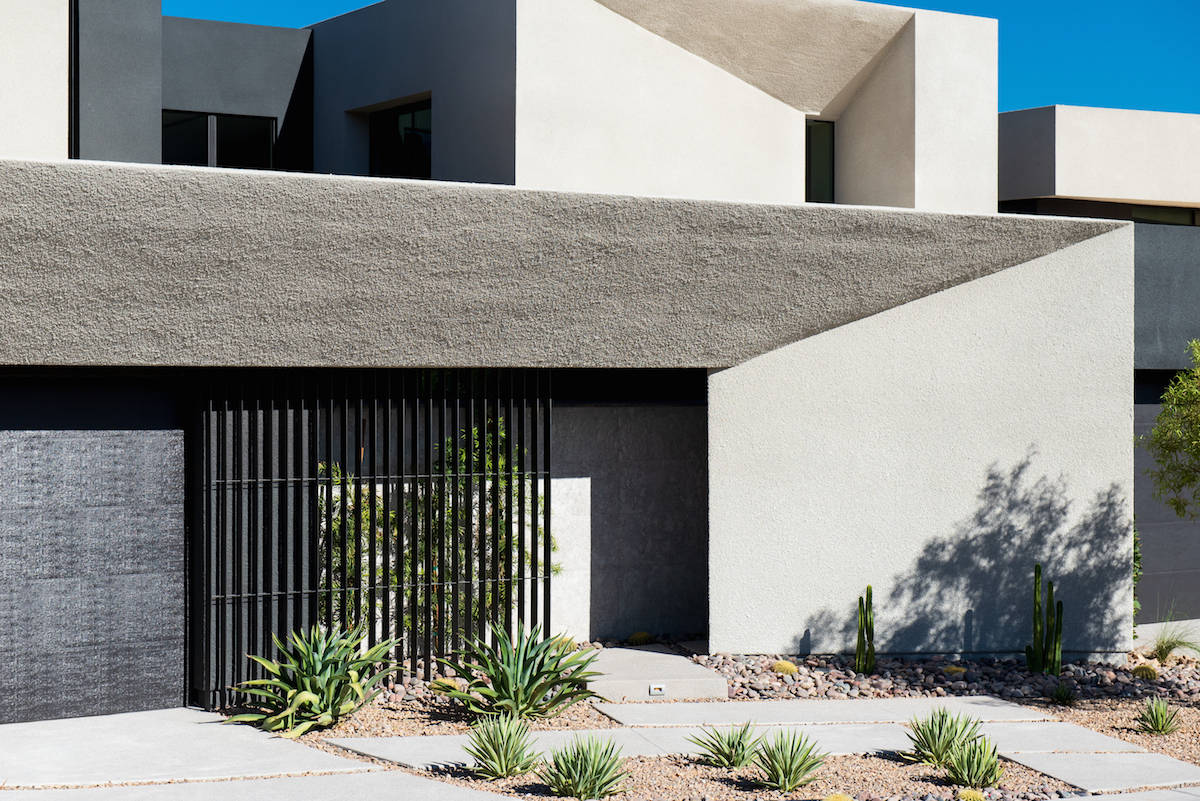 Obsidian is a collection of 34 luxury homes in Henderson. (Blue Heron) 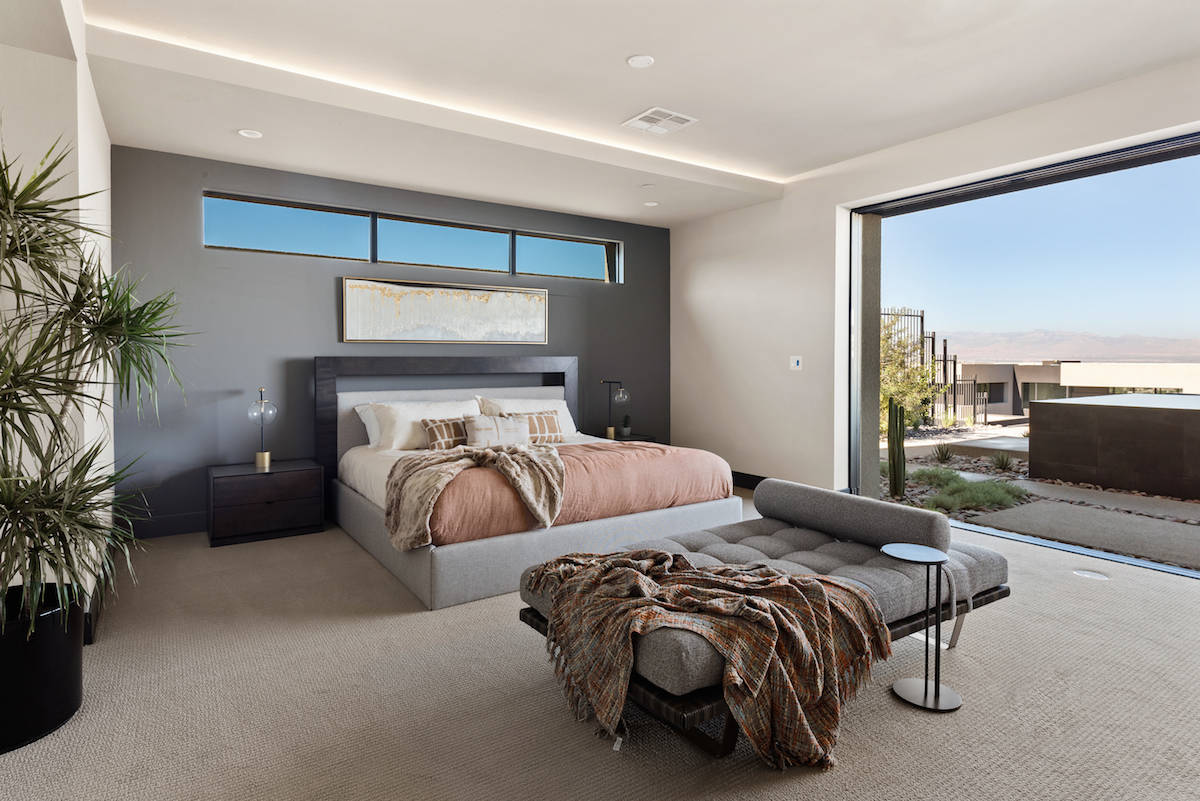 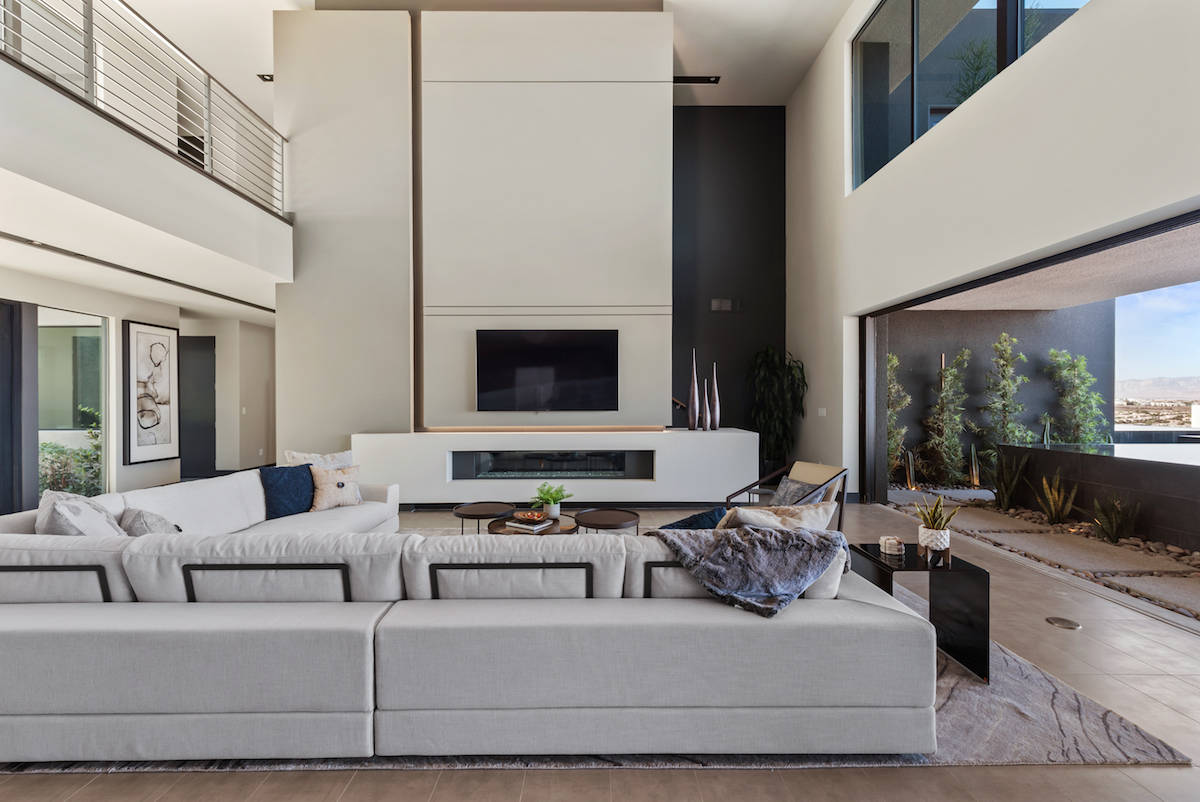 Obsidian community is near MacDonald Highlands in Henderson. (Blue Heron) 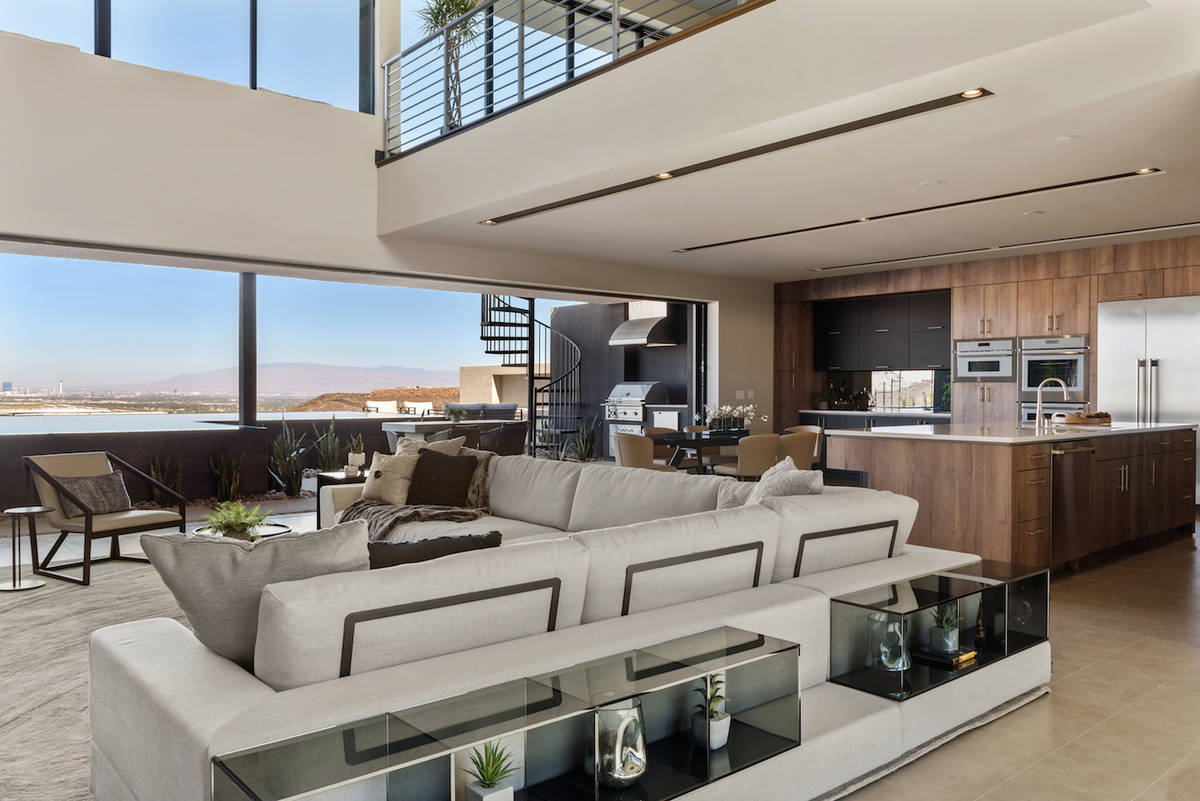 The 34-home Obsidian community is in Henderson. (Blue Heron) 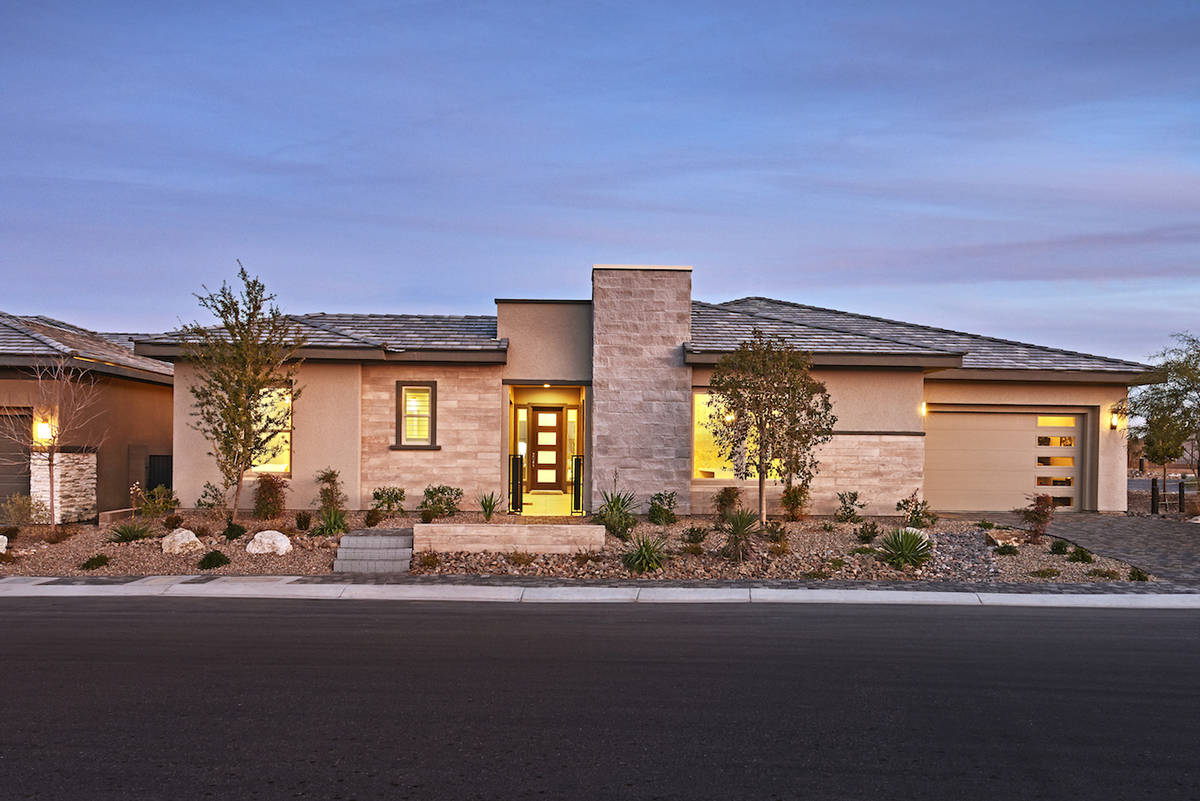 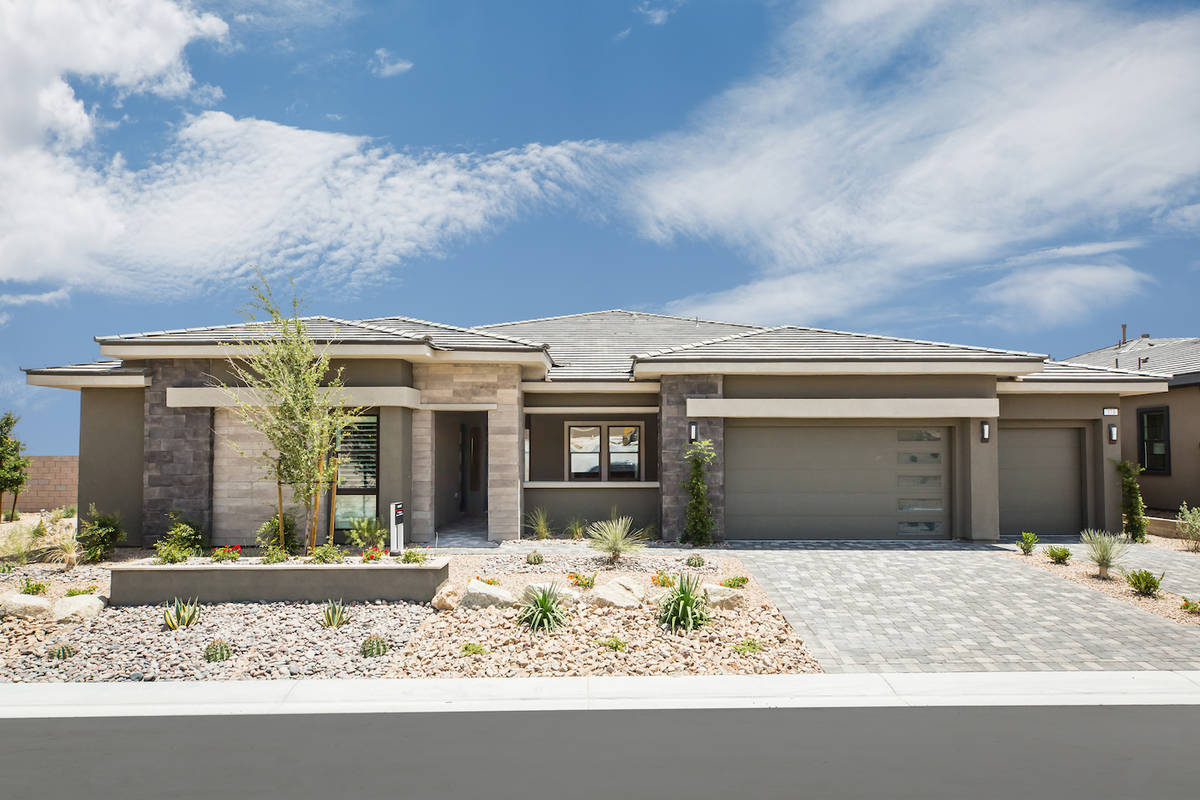 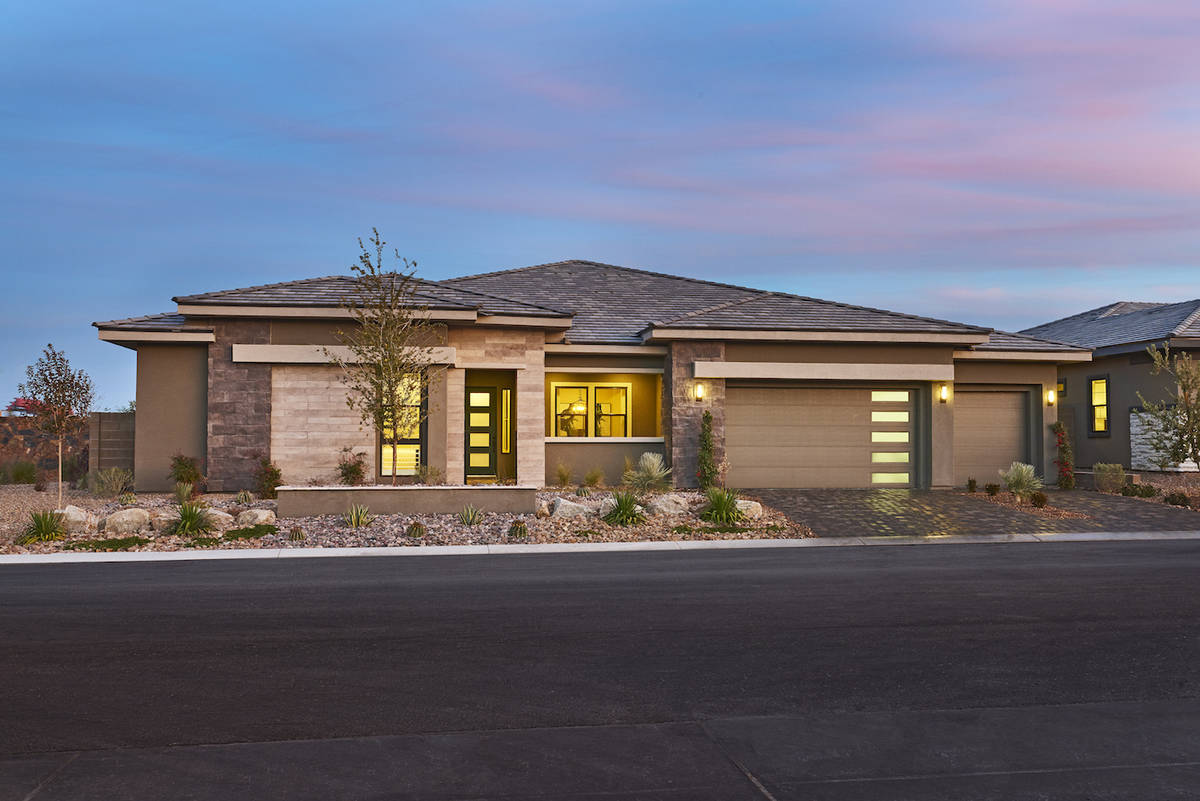 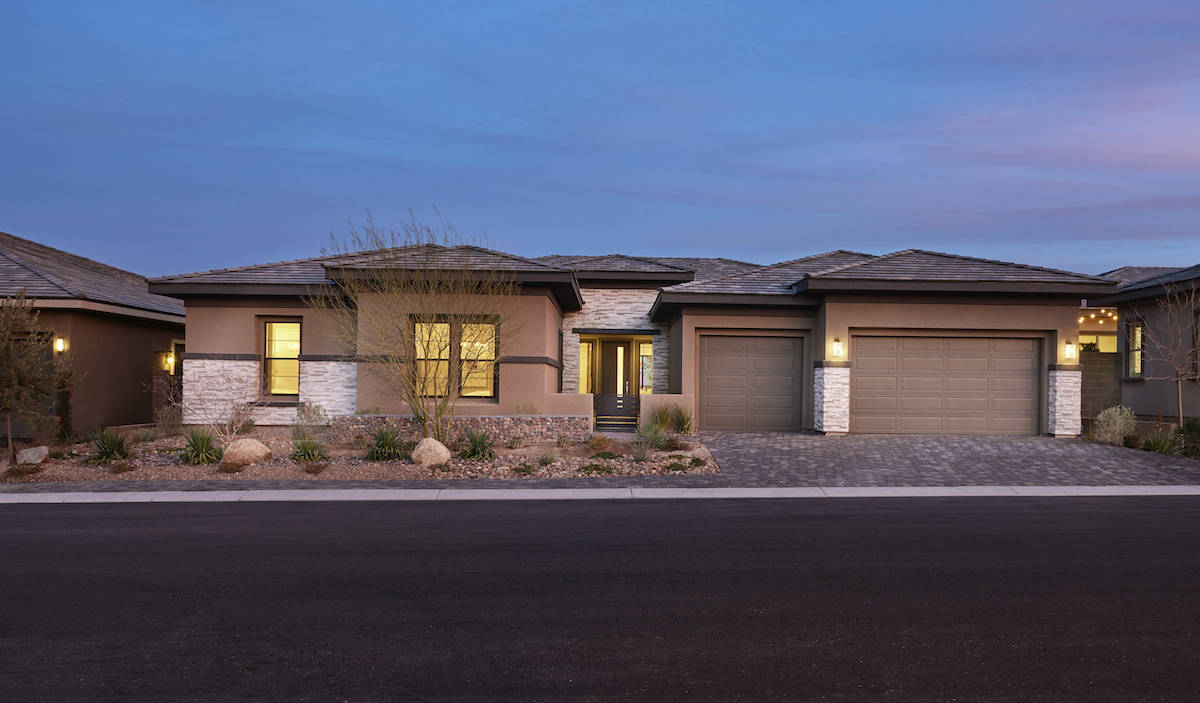 The luxury new-home market and price point just below $1 million continues to be strong despite the ongoing coronavirus pandemic, and builders say they don’t expect it to slow through the end of the year and into 2021.

Las Vegas-based Home Builders Research reported there were 91 closings of new homes of $1 million or more during the third quarter ending in September. That is up from 75 from the same period a year ago.

For the year, there have been 205 new-home closings of $1 million or more through the third quarter, eight more than the first nine months of 2019.

That’s a strong showing despite COVID-19 when many people sheltered in place for a couple of months. That only counts the number of closings, and sales remain strong and will show up when homes are completed.

The market segment that includes $750,000 and above is also strong. There were 202 closings during the third quarter, up from 176 a year ago.

That segment was hit hard at the start of the pandemic but still recorded 490 for the year, one more than the first nine months of 2020.

Home Builders Research President Andrew Smith said luxury buyers aren’t affected as much by the economy, and the stock market is strong and interest rates are low.

Not only are production builders doing well but there are smaller custom homebuilders that have been building new luxury multimillion home estates and putting them on the market, Smith said.

“If you are a wealthy individual who has a mansion in California, you can snatch up the most expensive house in Vegas like it’s nothing,” Smith said.

Here’s a look at what some of the builders are seeing:

“I have not experienced a market this strong in my whole career, including the 2005 days when things were at their peak,” said Blue Heron CEO and founder Tyler Jones. “It’s been incredible. Talking with our sales team it’s (going to be) coming in numbers we haven’t seen before. It’s exciting for Las Vegas.”

Jones attributed the surge in luxury sales to lifestyle changes in terms of what people think about homes related to COVID-19. There are also geographic relocations prompted by higher taxes and political issues and unrest in other states, including California.

“Everything has changed dramatically since COVID,” Jones said. “It’s an acceleration of what’s been going on in recent years. Taxes in California and other states are driving people to places like Nevada and Las Vegas that have a much easier tax climate. It’s hard to track how quickly and how much more interest we’re getting from people in California.”

Jones said COVID has prompted people to be more attuned to their home experience because they’ve been cooped up and isolated. If people aren’t satisfied with their home, they are looking to upgrade and make it a nicer experience, he said.

Jones said he’s also heard from buyers worried about civil unrest where they live and want more stability and security.

“Las Vegas is viewed as more stable than Portland or Los Angeles,” Jones said. “We’ve had a lot of interest from big places where people don’t feel safe.”

Jones said all of their communities and custom-home production is doing well. Blue Heron has 39-home tract The Bluffs in Southern Highland with prices $2 million and up; the 34-home Obsidian near MacDonald Highlands in Henderson with prices of $2.5 million and up; Dragon Rock in MacDonald Highlands that started selling in 2020 and sold seven of 40 more lots available with homes starting at $1.5 million; and Equinox, an eight-lot custom-home neighborhood in MacDonald Highlands with homes for $3 million and above. In Lake Las Vegas, it has Vantage with 37 lots with $1.5 million to start. Blue Heron is set to unveil Caliza for sale in Lake Las Vegas starting at $1.6 million. It has 27 lots.

“We have several other projects in planning right now,” Jones said, citing there will be a need for luxury homes given a lack of supply. “I think there’s going to be an issue with that in Las Vegas over the next year or two. I believe we are at the beginning of these trends and influx of people that are moving out of these other places.”

As the supply dwindles, Jones predicts there will be price appreciation in the luxury segment.

“Anybody who owns a home is going to do well over the next couple of years,” Jones said.

Colleen McCullough, division vice president of sales and customer experience at Toll Brothers, said they were nervous when the pandemic hit in April. The market shifted in May and has continued to go up since then, she said.

“The fact that people are working from home and remote working has become more of a norm (has made a difference),” McCullough said. “They are also releasing themselves from California. With the interest rates at an all-time low, it makes sense for the world to either refinance or move. People have been sitting in their homes and thinking about all of the things they wanted to change about them. It sent them right into the real estate market.”

In Toll’s luxury segment, McCullough said they’re seeing 75 percent of buyers coming from California. Its Mesa Ridge in Summerlin is the most popular community today with homes in the $1.7 million to $2 million range. It also has Fairway Hills and Mira Villa luxury condos in Summerlin with $2.5 million penthouses. Toll’s Regency community in Summerlin has a collection of $750,000 and above homes, McCullough said.

“We haven’t seen any signs it’s stopping,” McCullough said. “We see it every single week topping our sales from the previous week. We can’t slow down in Mesa. They are projecting the real estate market will continue hot through the holidays. That’s unusual. We typically do our home sales from January to May. This is going to be an unusual but very welcome addition to our winter.”

Klif Andrews, division president for Pardee, said everything above $750,000 has “been a great price range” and is selling well in Las Vegas this year. That market has been helped by out-of-state buyers, he said.

“Because of taxes and work from home flexibility, that has people thinking about different cities to live in,” Andrews said. “Right now, 40 percent of our buyers are coming from out of state. It’s primarily from California but from everywhere like Illinois and Michigan.”

Local buyers are like others in that homes are a bigger priority in their lives because of COVID-19 and lockdowns, Andrews said.

“We see it across the board but luxury homes for sure; people are saying I’m not traveling that much, I really want to love my home,” Andrews said. “They want outdoor living and pools. They want to live a little bit of a resort lifestyle at home.”

Andrews said supply is limited. They have sold most of their completed homes and “having a hard time keeping up building new homes now.”

Most of its luxury communities are in Summerlin and Inspirada in Henderson at above $750,000 and Midnight Ridge near Sunridge Heights Parkway in Henderson. Nova Ridge and Sandalwood are the Summerlin communities with prices averaging above $1 million.

“We’re trying to build faster,” Andrews said. “We’re fortunate to be able to increase prices. I don’t see the market slowing down. The supply of California buyers who don’t want to pay state income taxes and have the flexibility of not having to work in California any longer, that’s a huge market.”

Andrews said he sells one home a week at those communities, which is 40 percent above normal. People are also customizing their homes with upgraded finishes.

Luke O’Loughlin, vice president and director of sales, said there’s been a pent-up demand for luxury, and when inventory is low demand will be high.

The company is closing out its luxury homes, moving through at a quicker pace than expected, he said.

“Our sales pace is going to slow a little bit because we’re closing those things out,” O’Loughlin said. “Every lot is extremely valuable to us right now. Whenever one becomes available, it sells.”

O’Loughlin said there’s not a lot of existing luxury homes for sale, and that drives people to builders.