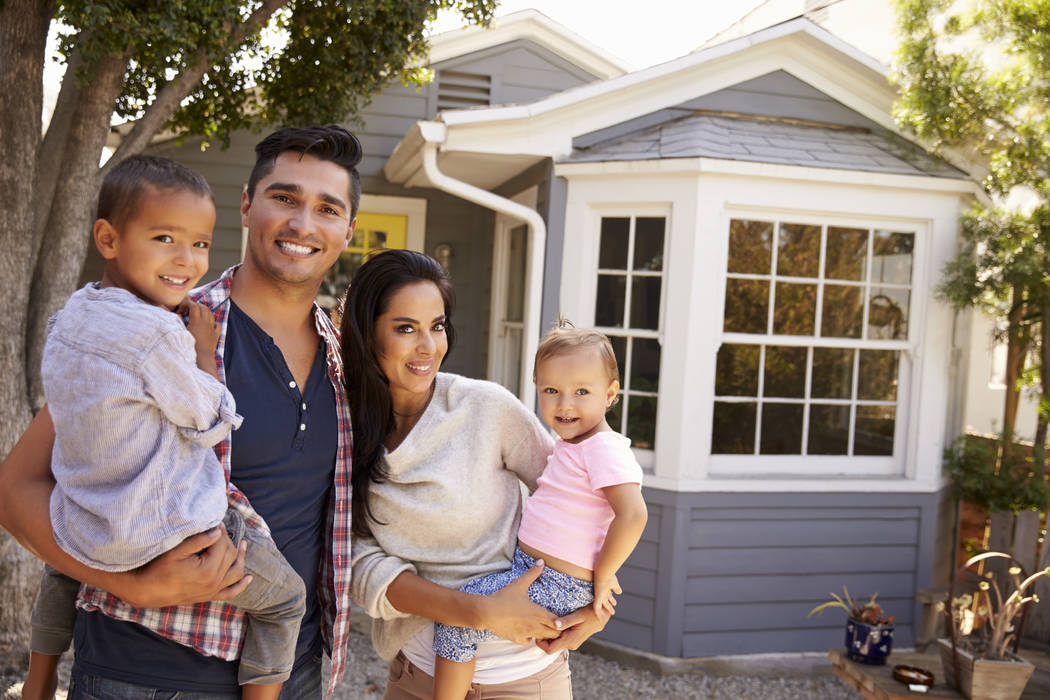 Hispanic homeownership has always been higher in Las Vegas than the national average. Census data shows it was 54 percent in Las Vegas in 2019, compared to 47 percent nationally. (Getty Images) 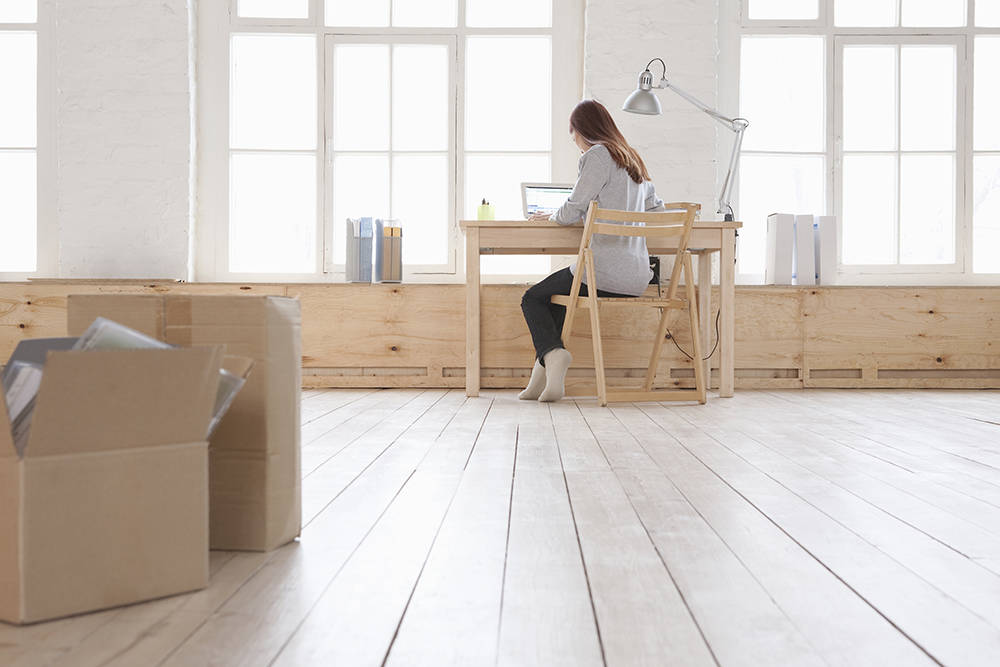 As of the latest data available in 2019, the valley’s homeownership rate stands at 58 percent. (Getty Images) 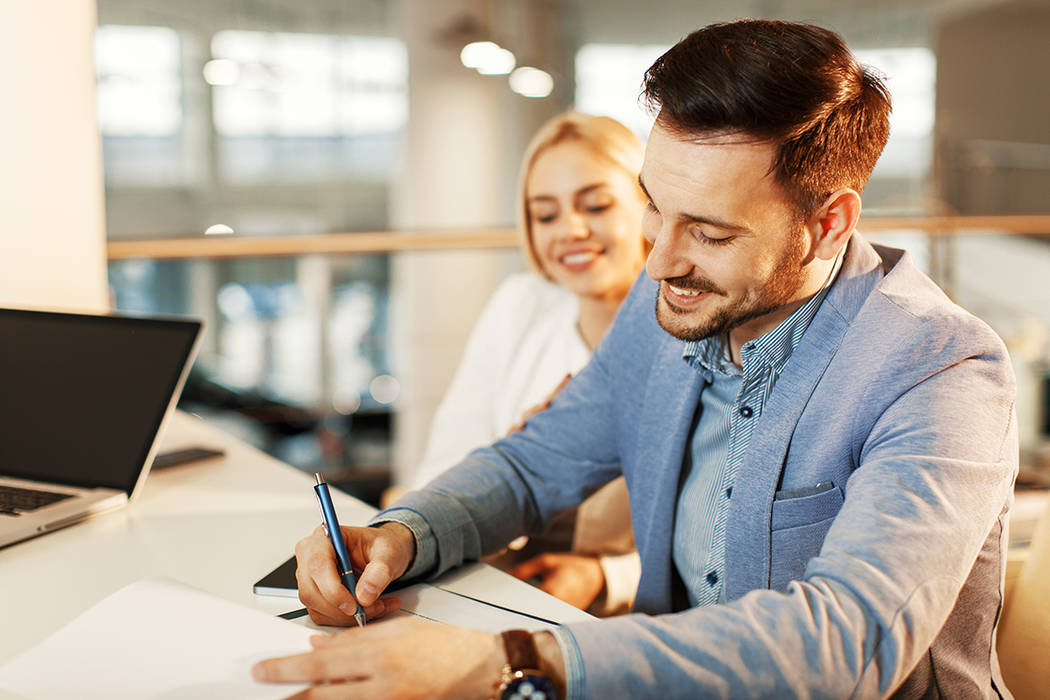 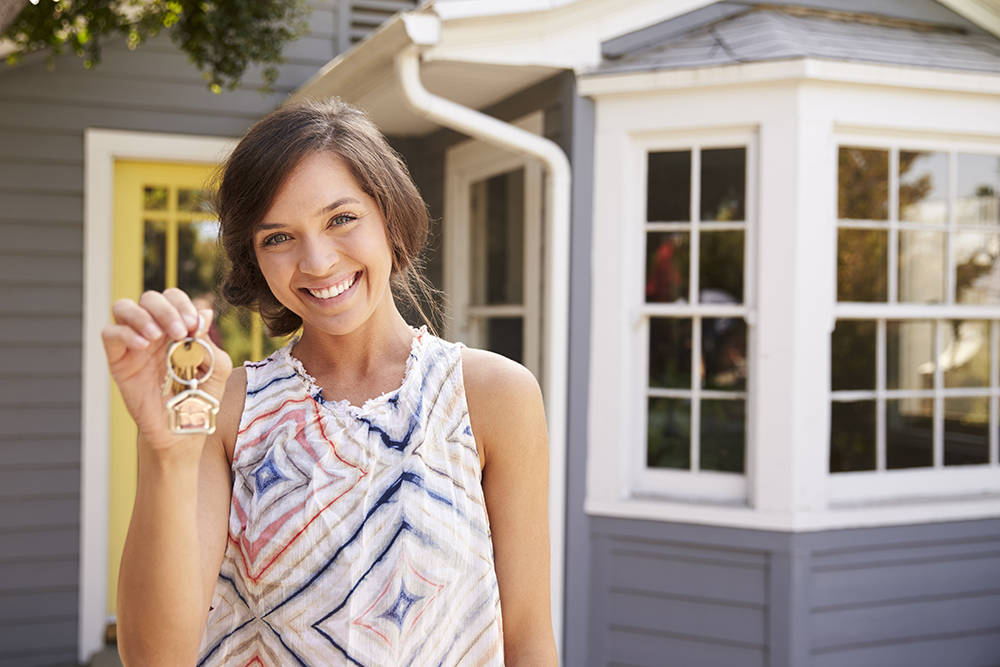 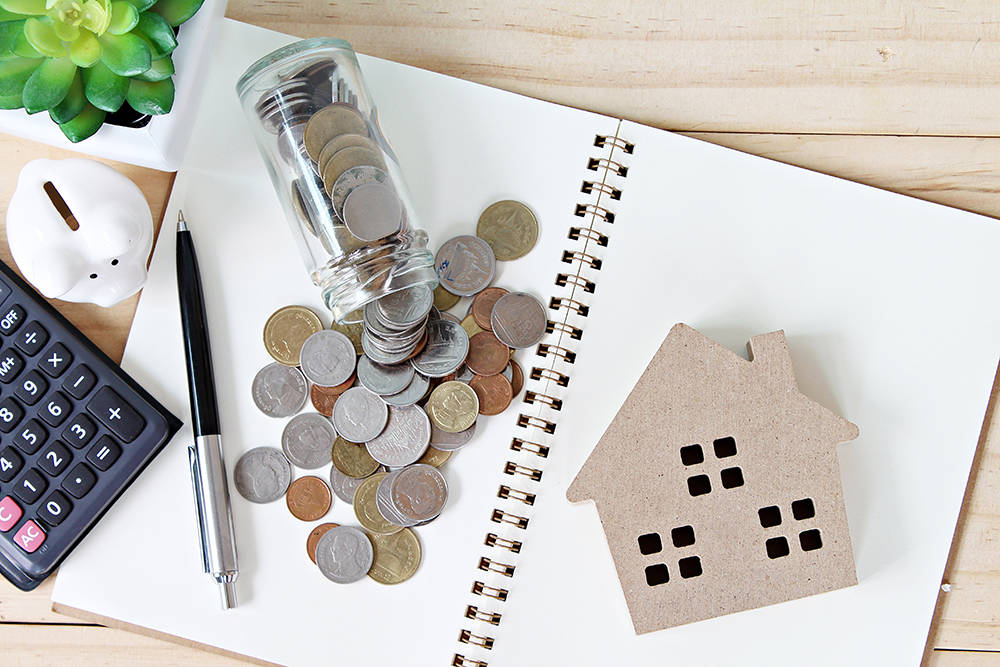 Of those millennials who expect to purchase a home, 60 percent in Las Vegas have not yet started saving toward a down payment. (Getty Images)

Las Vegas has yet to fully recover from the housing downturn a decade ago, and its homeownership rate remains well below the national average with the exception of Hispanics and millennials.

As of the latest data available in 2019, the valley’s homeownership rate stands at 58 percent, which is still below the 63 percent mark in 2005 before the housing market collapsed during the Great Recession. Homeownership is making progress, however, up from 50 percent in 2015, according to U.S. Census data as compiled by Apartment List and its Chief Economist Igor Popov.

Erik McKenzie, vice president and area lending manager with Bank of America Consumer Lending, said he’s not concerned that the homeownership rate remains below the 2005 mark given the lending practices at the time that didn’t require income verification.

“If, today, you offered those same lending standards, the homeownership rate would be just as high if not higher,” McKenzie said. “It’s just that there’s been a lot more responsible lending in the industry as a whole. We have come a long way, and it shouldn’t sound any alarm.”

Popov said part of the reason, however, that homeownership rates haven’t recovered is while the economy continues to expand and incomes rise for many at the higher income levels, the wages for those at the middle-income and low-income levels haven’t grown as quickly as their rents.

“It’s hard to get ahead even though we’ve been in this long expansion,” Popov said. “Those are the people prime to be in homeownership, but many have not been able to do so. It’s been a long, slow and uneven recovery.”

As for being below the national homeownership average, today, McKenzie said some of that may be a product of renting versus homeownership advantages in this marketplace. Las Vegas has “few starter home communities.” Builders are constructing homes measuring 2,500 square feet, starting at $300,000.

“I don’t consider those starter homes,” McKenzie said. “Because of the expansion of Las Vegas in the last five to six years post-recession, there are new apartment complexes everywhere. Right now, renting in this market has been more affordable than getting a new house for people starting out in their career. There’s always a tipping point in metro areas, and renting becomes more expensive and more people buy homes. I don’t think Vegas has quite hit that tipping point because of the supply of the demand of single-family houses versus apartments.”

There are seven apartment projects scheduled to be finished by the end of the year that will add nearly 1,500 units, according to a new report by the Lied Institute for Real Estate Studies.

McKenzie said the market may be getting closer to that tipping point.

A new report from Apartment List said Las Vegas has had the fourth-fastest growth in apartment rents among large cities. Since 2014, rents have grown by 21 percent, outpacing the national average of 11 percent. The median rent for a two-bedroom apartment in Las Vegas is $1,188, compared with national average of $1,189. It’s $1,780 in Los Angeles.

“We get data that talks about single-family homes, and it’s difficult to find communities that are offering homes at $200,000 or less,” McKenzie said. “That’s a needle in the haystack and makes it more challenging. You have to go to condos or town homes at that price, and a segment of the population says if that’s the case, I might as well stay in my apartment.”

Mosi Gatling, president of the Las Vegas chapter of the National Association of Real Estate Brokers and sales manager with lender Loan Depot, said being behind 2005 percentages isn’t an alarm because Las Vegas, today, has more “true sustainable homeownership numbers” than it did before the housing crash because of lending practices.

While Las Vegas has more people moving here to settle, it’s still been a transient population compared with other cities, and that doesn’t foster homeownership to the same degree, Gatling said.

“We still see a lot of people moving in and out of Vegas,” Gatling said. “Compared to the heart of the country, people move there with the intention of putting down roots.”

The gap remains in Las Vegas between the races when it comes to homeownership as the housing market continues to recover.

The homeownership rate is 62 percent among whites and 35 percent among blacks, according to the Census data for Las Vegas. It was 67 percent and 39 percent in 2005.

Gatling said she remains concerned about black and minority homeownership given the same lending products aren’t available like they were a decade ago.

“It feels like there is something missing with that market segment,” Gatling said. “We try to educate people, especially minorities, about credit and availability of loan products with low down payments and down-payment assistance. Even down payments in our market require an investment by the buyer or you need a 660 (credit score). We don’t have anything that speaks to the category of people that could have bought using subprime loans.”

Rising rent doesn’t mean people are pushed into homeownership, and Gatling said rising home prices along with the availability of products keep people out of the purchase market.

“They are going up so fast that we don’t have anything for the low- to moderate-income sector in town,” Gatling said. “Some homebuyer programs focus on area median income, which is just over $59,000. To get certain home loan programs you have to 100 percent or 80 percent of the area median income. The average person that has a car payment or student loan, it doesn’t give them the availability.”

Builders, meanwhile, have been trying to construct town homes and other units closer to that $200,000 price point to make it more affordable to buy and lower homeownership gaps, Gatling said.

“There’s such a demand you are seeing builders change what they are offering,” Gatling said. “There are builders out there like KB, Pardee, Touchstone, Beazer and Lennar that are building a lot of attached products for something sub-$300,000.”

Asians and Pacific Islanders have a 54 percent homeownership rate, which is 12 points behind the 66 percent rate in 2005. Nationally, it’s 57 percent in 2019, according to the Census data.

McKenzie said one reason for the higher Hispanic homeownership rate in Las Vegas compared with the rest of the nation may be having a large concentration of union employees working in the casino industry with a higher wage.

“I think those demographics for Las Vegas mirror a lot of incomes,” McKenzie said. “You have more income to put money down on a house.”

Gatling said Las Vegas has a growing Hispanic community, including many who have established roots and who are small-business owners.

“We have a lot of people no matter where they lived before who came to Vegas and opened businesses and created generational wealth in the community that has allowed them and family members to be able to purchase,” Gatling said. “Hispanic culture is great about assisting family members.”

In addition to Hispanic homeownership in Las Vegas being higher than the national average, it also holds true for millennials — a generation that’s not keeping up with the same pace as Generation X and baby boomer generations in terms of homeownership at the same age, Popov said.

The Apartment List data show those between 23 and 38, which covers millennials, had a homeownership rate of 46 percent in Las Vegas. Nationally, it’s 43 percent.

The Las Vegas rate is higher among all ethnic groups with the exception of younger Asians, with 36 percent locally, tying the national average.

“Millennials grew up and saw their parents go through a financial crisis, so they are not necessarily wanting to jump into a home,” McKenzie said of a rate that is lower than previous generations.

Las Vegas is better positioned, however, and stacks up better than most metropolitan areas when it comes to millennials interested in homeownership. Only 9 percent of Las Vegas millennials surveyed said they plan to rent forever, compared with 12.3 percent for the national average, according to Apartment List.

That was the best among the cities on the West Coast and second behind Dallas for those cities west of the Mississippi River. It’s 14.5 percent in Los Angeles and 17 percent in San Francisco.

Many millennials want to own a home but are held back, Popov said. Of those who expect to purchase a home, 60 percent in Las Vegas have not yet started saving toward a down payment.

“What we’re finding across the country and in Vegas as well, is that millennials are having a hard time saving,” Popov said. “It’s a matter of student loan debt and rising rents. If we’re expecting those millennials who have not purchased homes to suddenly flood in the market in 2020, we will be disappointed. They are not on that trajectory to save even a 10 percent down payment in the coming year.”

Based on current savings rates, 25 percent of millennials renters nationally will be ready to put down 10 percent on a median-priced starter home in the next five years.

Among millennial renters who plan to own a home, 70 percent are waiting because they cannot afford to buy, compared with just 33 percent to say they are not ready to settle into a more permanent lifestyle. Similarly, among those who do not plan to buy, 69 percent say they will always rent because they cannot afford not to, compared with just 40 percent who cite the benefits of a more flexible lifestyle, Popov said.

Gatling said lifestyle choice has been a big part of millennials choosing to rent instead of own as well. They want the ease of not caring for a home and to enjoy the amenities of swimming pools, gyms and recreation areas, she said.

Las Vegas has the potential to grow its percentage because it has space to build and a growing economy that’s adding jobs that makes it attractive to millennials to migrate, especially from higher-priced Los Angeles and San Francisco, Popov said.

“It’s a good sign that a lot of millennial renters expect to be able to buy in a place in Vegas, which is less likely to be true in places having a harder time supporting their economic growth,” Popov said. “Las Vegas is more affordable than a lot of other boom-growing metros. That’s leading to relatively high ownership rates and places are less affordable.”