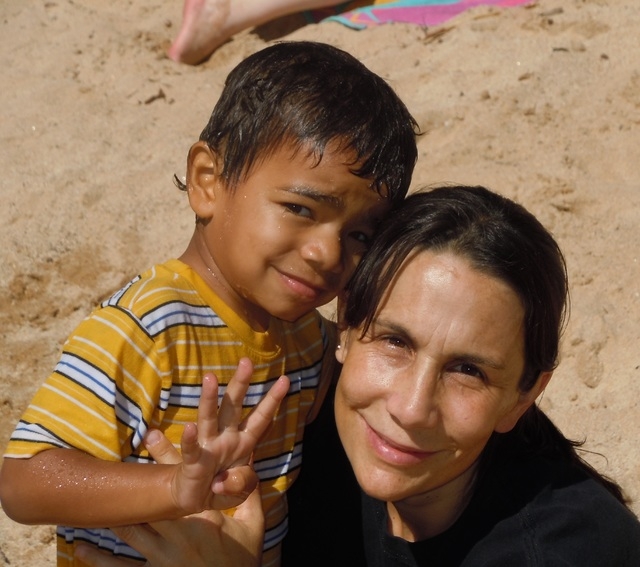 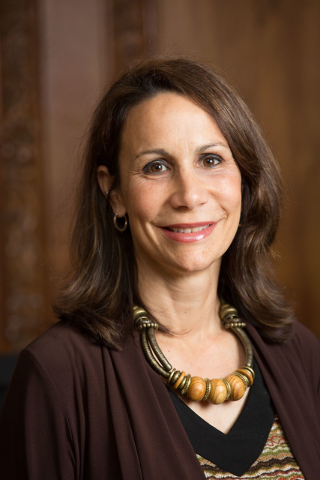 Nancy Brune is a global thinker in every sense of the word.

Growing up in Austin, Texas, Brune always knew her life would be dedicated to bettering the world. Her mother was born in England and immigrated to the United States when she was 27. Her father, while born in the United States, is the son of Mexican immigrants. Both of her parents were the first in their family to receive college educations.

“Growing up, we were not poor in the sense that we struggled for food and clothing, but we were certainly a low-income family during my teenage years.”

After high school, Brune traveled to Nicaragua, where she lived for three years teaching the women how to turn their sewing, baking, and farming skills into income for their family. “It was my own personal Peace Corps trip and I wish that I could have stayed longer.” Instead, she returned and enrolled in graduate school and spent the next 12 years working in Asia and Latin America on health and development issues.

Brune holds a Bachelor of Arts and master’s degree in public policy from Harvard University and a doctorate from Yale University. She was also awarded research fellowships at Princeton University and the University of Pennsylvania.

Brune worked for three years at Sandia National Laboratories and served as an adjunct senior fellow at the bipartisan think tank Center for A New American Security in Washington. She has published more than 45 peer-reviewed journal articles, blogs, and policy briefs on national security, energy security, homeland security, climate and security, public sector reforms, and trade and globalization.

In early 2014, Brune accepted the offer to become the executive director of the Kenny Guinn Center for Policy Priorities. a bipartisan think-tank committed to working on economic and political issues in Nevada.

“If you asked me what I am most proud of it would be the startup of the Guinn Center as a bipartisan, independent, data-driven, analytical resource for the state of Nevada. I am driven by the desire to help our community and move the state move forward.”

Since arriving in Nevada, Brune has been deeply involved with efforts to increase Latino participation in environmental issues. She has also worked on issues affecting women and children’s health and has pushed to strengthen science, technology, engineering and mathematics education. She is an adjunct professor at Nevada State College and the College of Southern Nevada, and serves on 17 local, state, national and international boards and committees.

Brune and husband Richard Boulware met through a friendship with Boulware’s brother 25 years ago while they all attended Harvard. She came to Las Vegas 10 years ago for the brother’s wedding and the relationship with her soon to be husband developed. “He caught the garter and I caught the bouquet and the rest is history.” They’ve been married nearly nine years and have three children.