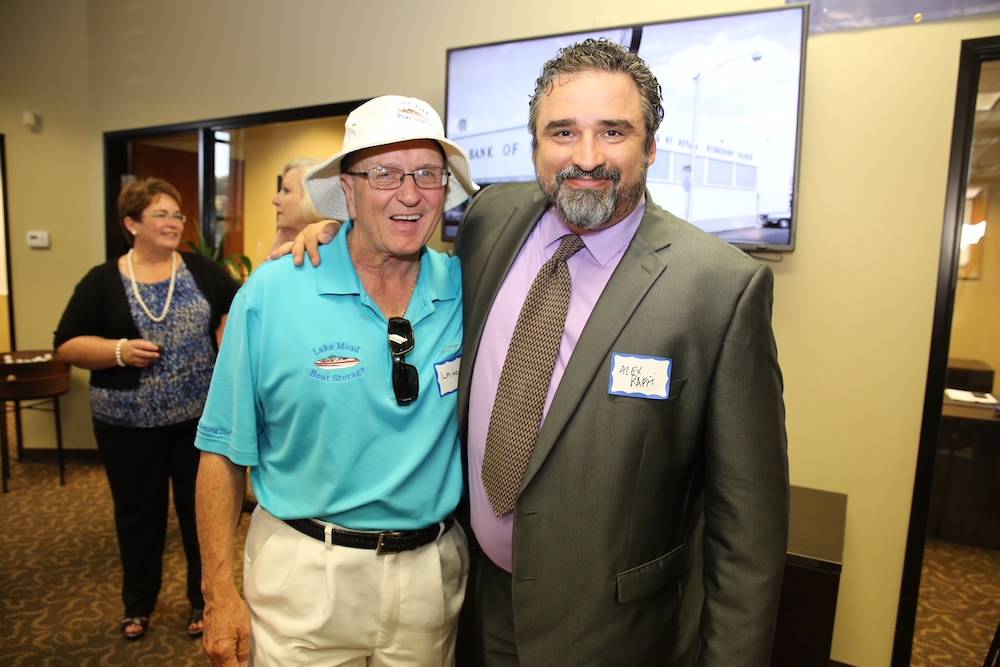 From left, the late Laird Noble Sanders and Alex Raffi, partner and creative director at Imagine Communications, at the grand opening of Valley Bank of Nevada’s Henderson location in 2015. Sanders died Oct. 16.

Laird Noble Sanders, a member of the Henderson business community, died Oct. 16. He was 70.

Born Jan. 25, 1948 in Shelby, Montana, Sanders was a Las Vegas Valley resident for more than 40 years. He wasn’t just the owner of Lake Mead Boat Storage for more than two decades; he devoted his remaining waking hours to supporting the local business community, including serving as past president of the Henderson Development Association, North Las Vegas Chamber of Commerce and Foundation Boards and the Jaycee Health Park Foundation. He was a member of the Henderson Chamber of Commerce’s Political Issues Committee, Henderson Development Association Economic Development Awards Committee, Henderson Chamber of Commerce Foundation Trustees and a board member for the Salvation Army and Touro University. In 2007, he was named Henderson Chamber Member of the Year, an award that was renamed the Noble Award in his honor in 2013.

Sanders was known best for delivering pastries and smiles to Henderson businesses, attending events wearing his signature fisherman’s hat and a saying he would consistently deliver whenever possible, “Always remember: you’re the best!”

Sanders was diagnosed with Lou Gehrig’s disease earlier this year, and on Nov. 4, his friends in the business community will participate in the Southern Nevada Walk to Defeat ALS, which takes place at Cornerstone Park, 1600 W. Wigwam Parkway in Henderson. Their team names: Laird’s Noble Racers and Laird’s Noble Leaders.

“We planned to participate in this event before Laird’s passing, and now, it’ll be in his memory,” said Scott Muelrath, CEO and president of the Henderson Chamber of Commerce. “It’s always a sad day when the world loses someone like Laird, and today, it’s particularly sad as he was a bright light, the smile you needed, and a great friend and business man to many in the community. To say, ‘he’ll be missed’ is an understatement.”

Nov. 4 also is Laird Noble Sanders Day in the city of Henderson, as declared by Mayor Debra March.

He is survived by his wife, Rhonda, and children Laird Jr. and Sam Sanders.

For more information, or to donate, to the Southern Nevada Walk to Defeat ALS visit the website at alsanv.org.

Services will be held at 11 a.m. Nov. 3 at Christ the Servant Lutheran Church, 2 S. Pecos Road in Henderson. 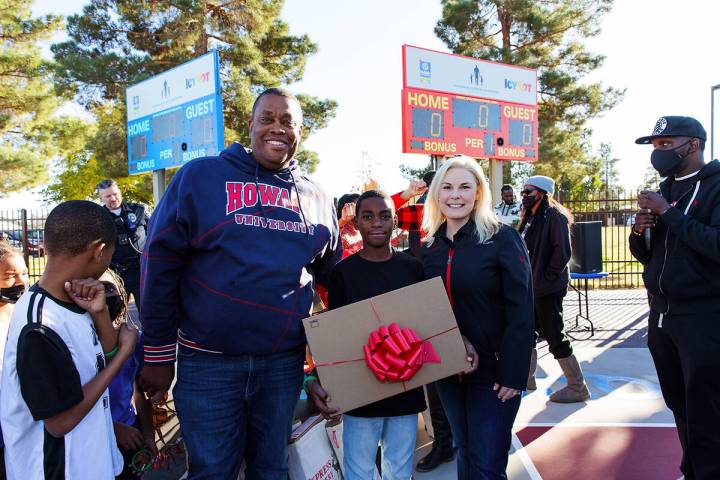 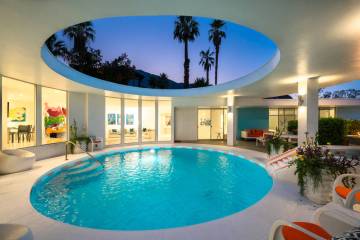