Skip to content
Sign up for our newsletter
section-ads_high_impact_1
By D. Dowd Muska Special to the Las Vegas Business Press
July 17, 2015 - 9:59 am 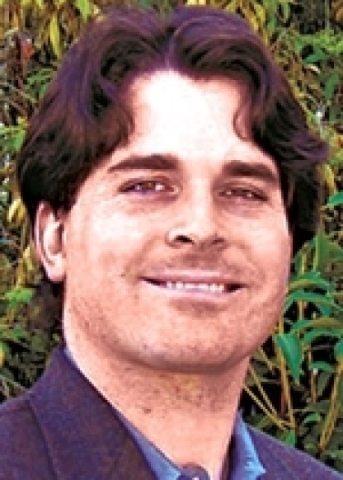 As recoveries go, this one is a stinker.

In a new white paper, the Cato Instituteâs Brink Lindsey delivers the gloomy news that âreal U.S. gross domestic product â¦ as of October 2013 was only 5.3 percent higher than it had been 70 months earlier when the Great Recession began.â The six previous recoveries performed nearly four times better âat the same point in the business cycle.â

Between 1870 and 2010, inflation-adjusted GDP, per capita, expanded at an annual rate of 1.96 percent. Economists from all ideologies are deeply concerned that the figure isnât sustainable. Trends in âgrowth in labor participation, growth in labor skills, growth in investment, and growth in output-enhancing innovation,â Lindsey laments, âare âuniformly unfavorable.â The population is aging, fewer of us are working or looking for employment, net domestic investment has been on a downward trajectory âfor decades,â and total factor productivity has been disappointing since the dot-com bust.

Lindseyâs âLow-Hanging Fruit Guarded by Dragons: Reforming Regressive Regulation to Boost U.S. Economic Growthâ lays out a persuasive series of proposals that stand apart from âthe red-versus-blue divide.â Itâs a declaration of war on âlaws and policies that discourage participation in the labor force, frustrate accumulation of human capital, deter productive investment, and inhibit innovation or block its diffusion throughout the economy.â

Intellectual property is Lindseyâs first target. Excessive shielding of copyrights and patents, he argues, hikes âthe prices of protected goodsâ and can thus âinflate the costs of innovation and â¦ retard the growth of productivity and output.â Criminal prosecution of and civil lawsuits filed against intellectual-property violations are rampant. Attacks by âpatent trolls,â which âneither manufacture nor sell products, but instead specialize in amassing patent portfolios for the purpose of initiating infringement lawsuits,â have exploded. Lindsey recommends ending criminal liability for copyright infractions, abandoning penalties for ânoncommercial copying,â reducing copyright terms to â14 years, plus an option to renew for another 14 years,â and scrapping patent safeguards for âsoftware and business methods.â

Next on Lindseyâs list: immigration. (Close-the-border types, skip ahead a paragraph.) Foreigners played a huge role in building Silicon Valley, and in 2011, more than 50 percent of U.S. doctorates issued in electrical engineering, industrial engineering, civil engineering, mechanical engineering, materials engineering, chemical engineering, and computer science went to STEM specialists born abroad. But Washington is ânot especially welcoming to highly skilled immigrants.â Policy is too focused âon reuniting family members; only limited spaces are made available to immigrants on the basis of employment or other economic considerations.â Promising reforms include granting âpermanent residency immediately to all college graduates who want to live and work here,â establishing an auction system that sells visas to âthe highest bidders,â and inducing competition âfor global talentâ by allowing states to issue temporary work visas.

Dragon-to-be-slayed No. 3 is occupational-licensing overkill. Even the Obama administration, no fan of capitalism, wants states to investigate ârequirements [that] create an unnecessary barrier to labor market entry or labor mobility and where interstate portability of licenses can support economic growth and improve economic opportunity.â

In dozens of states, government approval is necessary for barbers, massage therapists, makeup artists, animal breeders, manicurists, personal trainers, casino dealers, and taxidermists. Lindsey charges that âlicensing regimes and the requirements they impose are all too often highly arbitrary,â while âempirical studiesâ have failed to prove a connection between the red tape and âbetter service for consumers.â The Federal Trade Commission can pursue âopportunities to roll back licensingâs barriers to entry,â and Congress can âmandate that, for selected major occupations that are widely licensed, anyone with a valid license from any state would then be entitled to perform that job in all other states.â

Unemployment is down to 5.3 percent. Consumersâ spending and confidence are up. The Pew Research Center reports that âAmericans are picking up and moving again as â¦ personal finances improve and housing markets recover.â

The worst of the Bush-Obama economic apocalypse appears to be over. But headwinds are hampering stronger growth. âLow-Hanging Fruit Guarded by Dragonsâ is a useful, pan-ideological guide to tools that can help turn an anemic recovery into a robust expansion.