Skip to content
Sign up for our newsletter
section-ads_high_impact_1
By Craig A. Ruark Special to the Las Vegas Business Press
October 30, 2015 - 2:47 pm 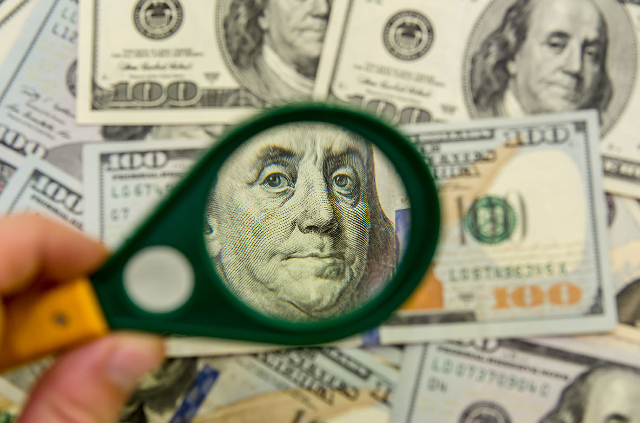 Magnifying Glass on the one hundred American Dollars

The health of the Nevada Public Employees Retirement System (PERS) has been the subject of debate for some time. At issue is the financial security based on employee contributions and the investment of those funds.

But crucial changes made during the 2015 legislative session, combined with a diverse investment strategy, may have the fund on the right track toward solvency.

Much of recent debate comes from a $12.5 billion unfunded liability. The state has only 71 cents of every dollar it has promised to current and retired employees.

The fund has averaged a 9.8 percent return on investments over the past 30 years but has encountered some significant setbacks, including a 16 percent loss in 2009 because of the recession.

One issue creating the deficit is that life expectancy has increased. Since the 1900s that age has nearly doubled. In 1973, around the time most of the baby boomers were entering the workforce, the average age was 66. In 2012, when boomers were reaching retirement, their life expectancy increased by 10 years to age 76. That means the pension plans had to make payments for longer periods of time.

To counter the effects of life expectancy, many states, including Nevada, have had to adjust the amount of contributions made by employees and employers, as well as the compensation rates and age in which an employee is eligible to draw full benefits.

During the recent 2015 legislative session, several bills were introduced to help decrease the $12.5 billion deficit. One of the most influential was Senate Bill 406, introduced by Sen. Michael Roberson, R-Las Vegas, that goes into effect for employees hired after July 1. This bill established a set minimum retirement eligibility age of 55 with 30 years of service, and raised the number of years of service to 33.5 to be eligible to retire at any age. In addition, an employee can no longer purchase retirement time to be used in the calculation of years of service.

The calculated accrual rate was also reduced from 2.5 percent to 2.25 percent for every year of service. And the amount of compensation used to determine the retirement benefit, which is calculated by multiplying the members’ 36 consecutive months of highest compensation, has been capped at $200,000.

“These changes, along with some changes made to the beneficiaries, are designed to reduce the overall payout of retirement money, which combined with increased contributions and investments are designed to make the system fully funded in 22 years if projections hold,” said Stephen Edmundson, Nevada PERS investment officer.

But what about the investments?

A new study of equity holdings of self-managed state public pension funds finds that they not only have a bias toward in-state companies but in particular toward those with political connections.

What’s more, these investments aren’t winners; this bias toward in-state politically connected firms costs the typical state pension fund about $225 million in annual decline in fund performance, according to estimates in the study, which is slated to be published in an upcoming Journal of Financial Economics.

Fortunately, Nevada’s pension fund does not operate in the same manner.

“Our agency does not have a mandate to invest in the state of Nevada. Our investment decisions are made based on the economic benefits to our members. However, within our portfolios there are a number of traded companies that have a strong presence in Nevada,” Edmundson said.

According to the annual report issued for the fiscal year ending June 30, 2014, the net position of the fund (total assets less total liabilities) stood at $33.58 billion, an increase of $4.7 billion over the previous fiscal year.

The investment income for that year was $5 billion. This was accomplished through a diversified investment portfolio that is designed to control risk and maximize return under a variety of economic conditions.

The portfolio is made up of:

But despite the moderate one-year growth as the U.S. and the world emerge from the recession, critics contend Nevada’s predicted 8 percent average annual return on investment over time for its pension fund is overly optimistic. Falling short of that mark would cause the unfunded liability to grow and could increase costs for employers and employees while leaving less money for other government functions.

There are an estimated 100,000 members in more than 100 state and local governments paying into the system annually. PERS members do not pay into the federal Social Security program and do not receive Social Security benefits when they retire. Each employer and employee contribute a total of 28 percent (up from the 26 percent before the 2015 legislative session) of the employee’s salary to the fund each year. The cost is supposed to be split evenly, but many local governments have chosen to pay a larger share rather than give employees raises. Those payments are parlayed into an investment program.