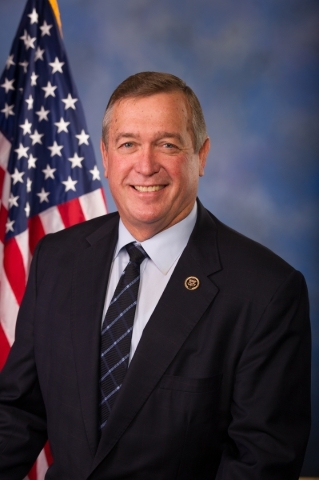 A Nevada congressman is being hailed for his efforts on behalf of small business.

The legislation aims to make it easier for small businesses to provide services on federal contracts by clarifying the differences between service providers and manufacturers in the contracting process.

The current legislation, the Non-Manufacturer Rule, says if a small business bids on a federal contract and is going to provide a service, then they have to manufacture the equipment they are installing. If they did not manufacture this equipment, they are unable to bid on the project.

According to Hardy, the Non-Manufacturer Rule was designed to prevent fraud when the government is trying to buy manufactured goods.

He added that the Small Business Contractor’s Clarification Act does not affect who is allowed to bid on a contract and protects small businesses that provide services for the federal government.

“Qualified Americans in all walks of life want to support the mission of Veterans Affairs, military, or other federal agencies, however, current law has barred some service providers from doing so because an overaggressive court system has misinterpreted the law’s intent,” Hardy said.

In addition, he said it’s unrealistic to expect small businesses such as IT consultants to write their own code before setting up a new network or a construction firm to manufacture their own drywall to install at a federal agency.

“Allowing small businesses to competitively bid for federal contracts can save taxpayers dollars and provide a boost to the local economy,” Hardy said. “This bill will further help in that process. That’s why I am proud to have fought to include this fix in this year’s National Defense Authorization Act.”

Newsome said the Small Business Contractor’s Clarification Act provides flexibility to small business owners by allowing them to compete on bids and collaborate with other small businesses.

“This is a provision that is long overdue for the small business community,” he said.

According to Newsome, the issue is access to credit for small businesses. In the past, a small business owner might be able to carry more overhead equipment because they had the ability to acquire credit to purchase that equipment.

“The regulators are still too stringent on banks to provide the necessary credit for such purchases,” he said. “We are forced to access alternative lending and the SBA has done a great job of locating those lenders for our small businesses in Nevada.”

Newsome added, “This is monumental step for our small businesses and contracting opportunities. But we have a great deal of work to do for the country’s best job creators.”

According to Hardy’s office, the bill is expected to make it through the Senate and go onto President Obama.

“As a conference committee member for this bill, I understand the difficult decisions needed to bring us to this point,” Hardy said. “I hope the president recognizes it, too. I urge the president to sign this well thought-out bill.”