Skip to content
Sign up for our newsletter
section-ads_high_impact_1
By Robert Horne Special to the Las Vegas Business Press
October 11, 2015 - 12:05 pm 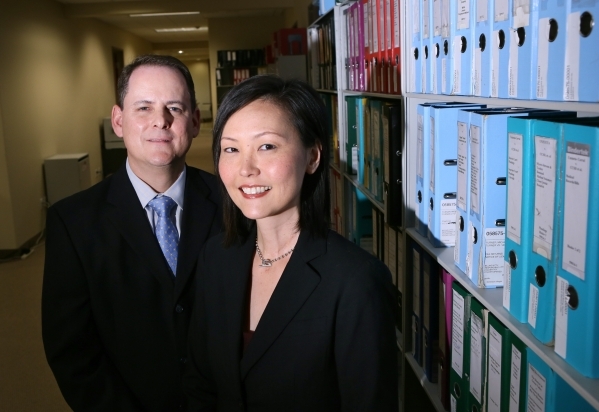 Many athletes, entertainers, musicians and other celebrities are making their home in Southern Nevada, but if the NHL awards a franchise to Las Vegas, that number could grow exponentially.

The Dickinson Wright law firm is ready to help those athletes better protect their intellectual property, images, likeness, trademarks and just about anything else they will need.

Michael N. Feder and Jennifer Ko Craft lead the firm’s Media, Sports and Entertainment division, and John E. Dawson assists the division with trusts, estates and asset protection. He also has clients in the sports world, helping them with estate planning and asset protection issues.

If the NHL decides to have a team in Las Vegas, it will definitely bring more professional athletes to the area, who will be looking to protect their image.

Feder said it wouldn’t be just hockey players moving to the area. He imagines Southern Nevada will become an ideal place for more athletes and celebrities to call home. Something similar happened in Phoenix when pro sports first started coming to that area.

“If we can get a major team into the city, it would change the dynamics of the city as a whole, especially if it succeeds,” Feder said. “The worst thing that could happen is to get a team and have it not supported by the fan base. If it comes in and does well, it will change our city completely in terms of becoming a much more metropolitan city as opposed to be just being what it is right now from a gaming side.

“A lot more athletes will come here and realize this is a nice place to live. A lot of people who do relocate here for the favorable trust or tax reasons, they realize its really nice place to live. It’s what happened to Phoenix. … We can do same thing here. We have the more favorable tax aspects, which can lead to more business with certain athletes and talent who are looking to retire here and they need someone more local to assist with their legal needs.”

Craft and Feder are also excited about the volume of work a NHL team could bring to Dickinson Wright.

“A good example is if they play here, they’ll make appearances here, and someone has to write those contracts,” Craft explained. “Happily, I would love that to be me. If someone infringes on their name, image and likeness, we are there to help them to go after and bring it down. The stadium will need to be called something, so let’s trademark that.”

Along with Nevada not having a state income tax, the state also has favorable trust laws, which in itself can be a powerful draw.

“Other states require disclosure of who the owner of the LLC is. It is not that they are trying to hide anything. They just want to keep their lives private.”

Being the ‘bad guys’

When protecting the interests of their high-profile clients, many times Craft, Dawson and Feder end up playing the bad guys.

Feder encourages his clients to be aggressive in protecting their intellectual property.

“Once one person does it, it will continue,” he said. “I believe you have to be extremely aggressive with all intellectual property. We’ve had clients who did not want to take an aggressive approach come back and say we should have listened and done it. Policing and protecting your intellectual property is extremely important, and its one of those things that is very difficult to fix if you don’t do it correctly from the onset.”

Craft believes in a more finesse approach. She likes to work out solutions that can benefit her client. Dawson added that sometimes all it takes is a small change in the use of the client’s intellectual property to make it work for both entities.

“I’ve had my letters posted on websites saying so and so is trying to stop my small business,” Craft said. “You have to take a very delicate approach at times. It really depends on the infringement, who’s infringing and why.”

Dawson also works to protect the assets of his celebrity clients. He recounts one situation with a pro athlete who was approached about a deal where his client would put up a large sum of money and the promoter didn’t invest anything. If the project worked, profits would be split. If it failed, Dawson’s client would take 100 percent of the loss.

Social media is one of the biggest challenges facing entertainers in this highly technical age, Feder said. The medium is constantly pushing the envelope on the use of an entertainer’s intellectual property and use of their likeness, and he added that it is sometimes difficult to know it is out there and where to go to get certain violations of a client’s intellectual property removed from a social media site.

Craft added that protecting intellectual property rights overseas can also be challenging as the laws differ between nations.

“Now days, the violation can be instantaneous,” she said. “Someone at a concert has their Periscope app opened and they record the show. That is infringement. You have to be constantly vigilant about policing and protecting your intellectual property.

“In addition to social media, and for me I see it more and more, talent and athletes cannot just focus on the United States. If they are making an appearing in Australia, they have to be mindful of copyright laws in Australia. Is their name protected? Is it registered there? For me, it’s not only social media and enforcement, it’s also about protecting their rights globally.”

Of course, social media has its upside for talent. Craft said the more social media followers a celebrity has, the easier it is to get a favorable deal done.

“If I have a household name I am representing on a deal, the deal is so much easier,” Craft said. “It’s a push-and-pull; the more leverage you have, the more you can pull. We’ve done them so often, we know the areas they can push back on or pull at. We know what the issues are for our clients and what issues are important to them. For me, doing a deal for the Kardashians is much easier than for someone who is not a household name.”