Skip to content
Sign up for our newsletter
section-ads_high_impact_1
By Chris Sieroty Special to the Las Vegas Business Press
October 18, 2015 - 3:07 pm 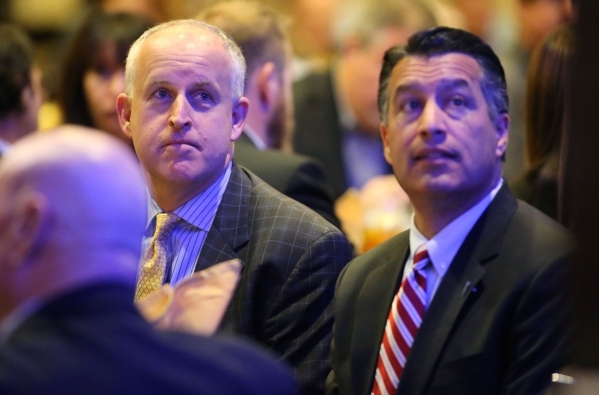 Tesla Motors Inc.’s new battery plant in a Storey County industrial park is helping the state move away from its dependence on gambling and tourism. That’s a transition lawmakers and economic development officials have been calling for since the Great Recession devastated the state’s economy.

The 6,500 workers Tesla’s new lithium-ion battery plant east of Reno is expected to employ will help move the state away from the recession-prone industries, including construction, the credit rating agency Standard & Poor’s said in a 13-page report.

The $5 billion plant also is expected to increase income in Nevada. Tesla will pay an average hourly wage of $27, while other Nevada workers earn $20 an hour, S&P said.

“Tesla’s presence appears to have favorable knock-on effects as well, with 12 or more other firms also investing in the site following the Tesla announcement,” said Gabriel Petek, the primary analyst on the state, in the report.

Petek said Tesla and the other new firms should help tax revenue and reduce the contractions that have forced the state to cut spending and raise taxes when the recession kept tourists and gamblers away from Las Vegas.

The report also noted that from 2007 through 2010, Nevada lost 186,300 jobs — 14 percent of its employment base — as a result of the recession. The state’s unemployment rate remained 1.6 percent above the rest of the U.S. in 2014 and per capita personal income levels are 88 percent the national average.

The state’s budget was out of balance this year. The rainy day reserve was tapped because tax revenue failed to keep pace with projections, according to S&P. The investment of some $1.3 billion of forgone revenue over 20 years in Tesla and tax incentives to Apple Inc. and Las Vegas-based Switch Ltd., which operates data centers, may even out some of Nevada’s boom-and bust cycles.

“In our view, the next several years represent something of a test for Nevada’s economy,” Petek wrote. “We have long viewed the state’s economy as more prone to greater cyclicality than the average state economy. Insofar as evidence of a broadening Nevada economic base is taking hold, we believe it’s possible the state’s economy will prove to be somewhat more resilient to the next downturn.”

S&P also issued Nevada an AA bond rating with a stable outlook. The report said the rating and outlook came in connection with $344 million of bonds the state started selling on Oct. 14.