Skip to content
Sign up for our newsletter
section-ads_high_impact_1
By LYN COLLIER LAS VEGAS BUSINESS PRESS
October 18, 2016 - 2:41 am 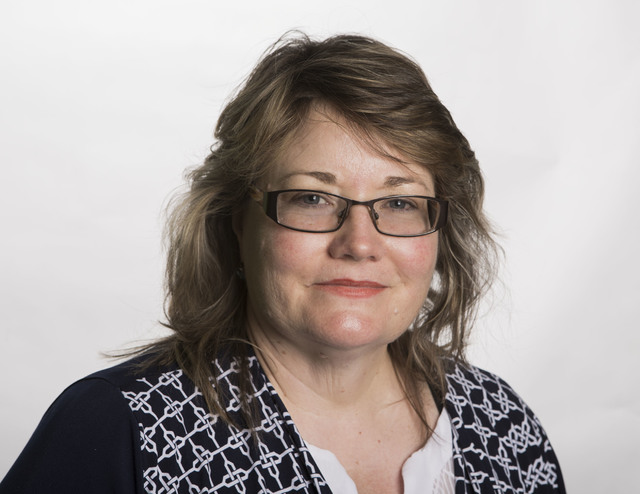 More than not, dogged determination pays off in the end — either for you or the next generation. Whether it’s fighting for your company, your family, your health or beliefs, just keeping at it seems to win the day, week, month, year or even the decade.

Nevada residents are no stranger to this brand of single-minded focus. In fact, Las Vegas would never be what it is today if mobster Benjamin “Bugsy” Siegel had not opened The Flamingo on what is now the world-famous Strip in 1946. It didn’t turn out so great for him, as most believe the mob killed him in his Beverly Hills mansion in 1947, but it set the stage for the growth of the city.

In 1989, Steve Wynn changed the city again, when he built a volcano on the Strip at The Mirage. Some people thought he was a little crazy. Today, he is the accepted visionary of the city that retains its title as the gambling and entertainment mecca of the world.

A few years ago, young residential designer Tyler Jones, a Las Vegas native, got more than a few chuckles and rolled eyes when he began to build his desert contemporary custom homes in the sea of Spanish-tiled roofs. Now he is sought after by the valley’s wealthiest residents to build his “Modern Vegas” estates that are changing the way our luxury neighborhoods look.

At a recent Southern Nevada Home Builders event, “We Built This City,” Mark Fine talked about how he helped create Green Valley, the valley’s first major master-planned community, in the 1970s. As president of American Nevada Corp., Fine spent 17 years heading up the project. He recalled in the early days not many people wanted to admit they lived in Henderson, which was not the admired address it is today. He even said some of his friends gave him strange looks when he talked about land investments. Of course, years later, the $20,000 lots turned into multi-million-dollar cash-outs.

Sometimes, there is a lot to be said for keeping your eyes on the prize.

How did Fine and his company help turn around the image of Henderson from a place people didn’t want to call home to a desirable address?

“You just keep your head down and keep doing what you’re doing,” he told the audience of homebuilders.

I’ve always learned from people who were able to keep their eyes on the prize no matter what false flattery, teasing, intimidation and sometimes flat-out, mean-spirited bullying came their way. That’s something I witnessed a lot while growing up in a small Oklahoma town.

My father, Buford Lewis Collier, spent his life focused on keeping his family fed, clothed and sheltered and his mind as calmed as possible. He would go to work — he owned a trash company, a gas station and ultimately ended up repairing golf carts at an Arkansas country club.

He could fix anything. His aging Buick was always parked at a shade tree with him under the hood taking things apart and putting them back together. I remember our elderly neighbor pushing her lawnmower into our yard. He would sit on the porch and poke and prod the mechanical guts. Then he would jump up and pull the cord and be rewarded with the motor coming to life. Then he would shut it off and order me to push it back to her house; and, oh yeah, mow the lawn for her while you are at it, kid.

At night, he kept his mind occupied with several sets of encyclopedias, medical journals, history books, political magazines and literature. In fact, when his 10-year-old granddaughter, Ashlee, said she wanted to become a doctor when she grew up, he bought her a copy of “Gray’s Anatomy.” Buford never messed around with education or reading material. I think she still has the copy.

Yes, he had “A Beautiful Mind.” In fact, that movie helped me and my siblings understand how my father’s mental illness, paranoid schizophrenia, affected us, and continues to affect us all.

I’m not saying it was pretty — there was substantial disastrous aftermath — but he was successful in keeping his family fed, clothed and sheltered. The old Navy man died of colon cancer not long after his youngest entered adulthood. He kept his eyes on the prize — his family.

As I tweak my new project these days — the Las Vegas Business Press — I think about its stages of production and how they work together. I try to imagine what it and other publications will look like 10 years from now, 20 years from now. What will the processes be?

When I put the paper to bed on Wednesday morning and shut the computer down, I look at the blue screen fade to black and wonder what Buford is working on these days.

And, then I wonder what all the Bufords out there, regardless of their challenges, are creating today, and how will it change our tomorrow? 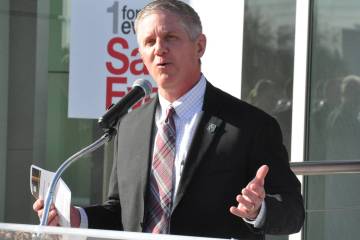