Skip to content
Sign up for our newsletter
section-ads_high_impact_1
BY BUCK WARGO LAS VEGAS BUSINESS PRESS
March 17, 2020 - 11:14 am 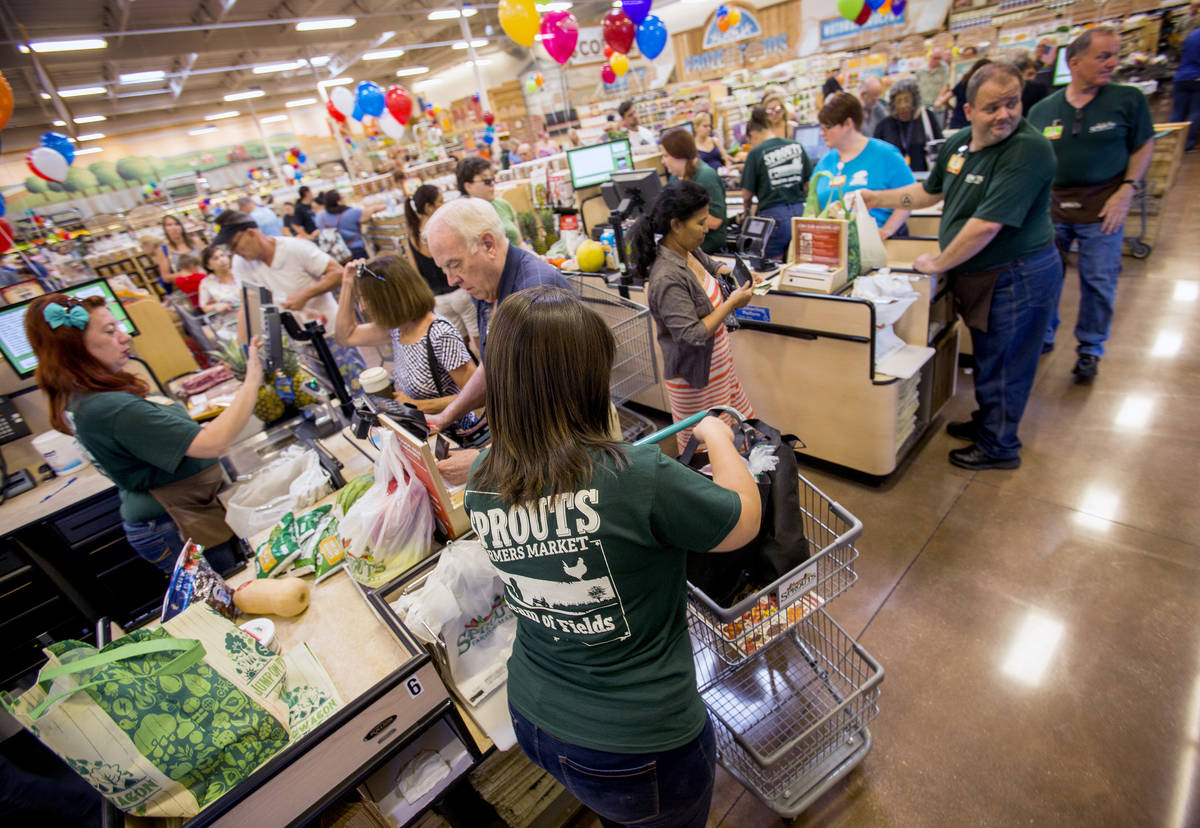 A Sprouts store opened in 2016 in Las Vegas. The Retail Association of Nevada said grocery stores are the winner so far in the coronavirus crisis. (Las Vegas Review-Journal)

The senior vice president of the Retail Association of Nevada said his industry, with the exception of grocery stores, is taking a hit as people start practicing social distancing with COVID-19 and cut back on retail shopping and going out to restaurants.

Bryan Wachter issued some advice to grocery shoppers who are panic buying and hoarding supplies — there’s enough food in the supply line to service their needs going forward.

“If we can just decrease demand for a short period, there will be much more product on the shelves,” Wachter said. “Grocery stores are going to be open. We have confidence in the supply chain. I know folks are frustrated, but we’re getting the product out as quickly as possible.”

Wachter called it Christmas-level shopping at grocery stores. The industry went through a month-and-a-half worth of inventory in four days, he said.

“We have more inventory, but it’s a matter of putting it in the right place, and that’s what we are working on,” Wachter said. “There might be holes on shelves, but we’re getting the products from the manufacturers, distributors and warehouses. Different products are backed up in the supply chain, but we’re keeping it running. If we can get people to stop hoarding goods to make sure everybody will get something that we have plenty of.”

“We are producing milk everyday and putting it on shelves as fast as the cows can produce it,” Wachter said.

Wachter said because Nevada is more remote than other regions, there’s a greater supply of food and products compared to some of the shortages reported in other states. Urban areas don’t tend to keep much surplus in stock because they rely more on day-to-day purchases, he said.

“We have a shortage of toilet paper and bottled water, hand sanitizer and cleaning wipes and people are buying them as soon as they are out whether they need them or not,” Wachter said. “Those are backed up further in the supply chain, but they are manufacturing them and producing them. We’re getting them out as fast as possible. People should get a regular use worth and please don’t hoard, and there will be enough for everybody.”

With the onslaught, grocery stores have reduced hours, and used the time to restock shelves and clean their stores overnight. Wachter said they’re working with state and local officials to speed up the supply chain.

“Some of the emergency proclamations and executive orders that have happened, and are coming, are going to give us the tools to speed up the supply chain,” Wachtere said. “We have plenty of food. I can tell you I only have a week’s worth of food at my house because I know next week I will be able to get to the grocery store. That is the message that we are trying to put out that there’s a surplus of food. We just have to be able to get it to the grocery stores. If everyone can calm down, we will be able to refill shelves.”

Some of the changes that have been made to speed up deliveries included Henderson waiving its requirements to allow drop-offs before sunrise, Wachter said. Grocers are waiting for the state to waive rules allowing truck drivers to put in the hours to make deliveries without compromising public safety.

Grocery stores and online retailers, such as Amazon, are hiring. Wachter said that’s because they’re not prepared for a Christmas rush in March. The average retail wage in Nevada is near $14 an hour, he said.

“There are folks with the closing of several major resort properties that certainly need work,” Wachter said. “We can provide an outlet for that.”

Because of the concerns about the coronavirus, Wachter said some restaurants are closing already because they can’t sustain a low level of guests they are seeing.

“We’re seeing a decrease in spending outside groceries,” Wachter said. “People are spending online. As more people stay home and don’t go out you are going to see a significant impact to shopping.”