Skip to content
Sign up for our newsletter
section-ads_high_impact_1
BY BUCK WARGO SPECIAL TO LAS VEGAS BUSINESS PRESS
July 30, 2018 - 3:15 pm 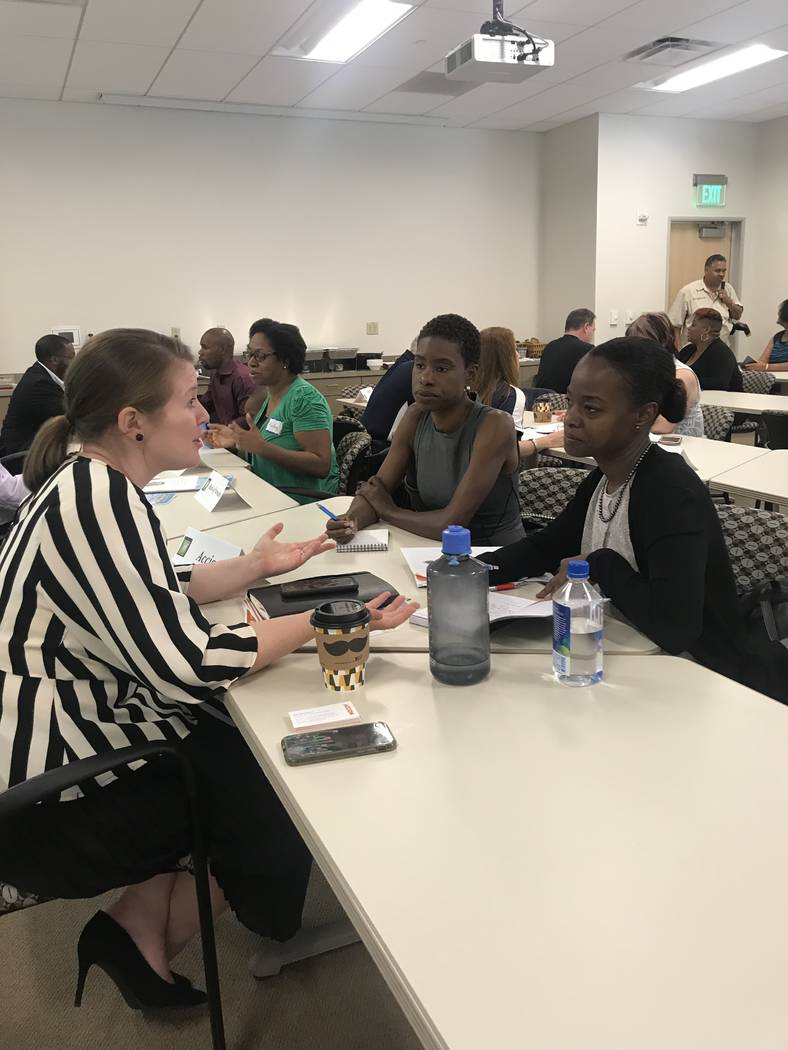 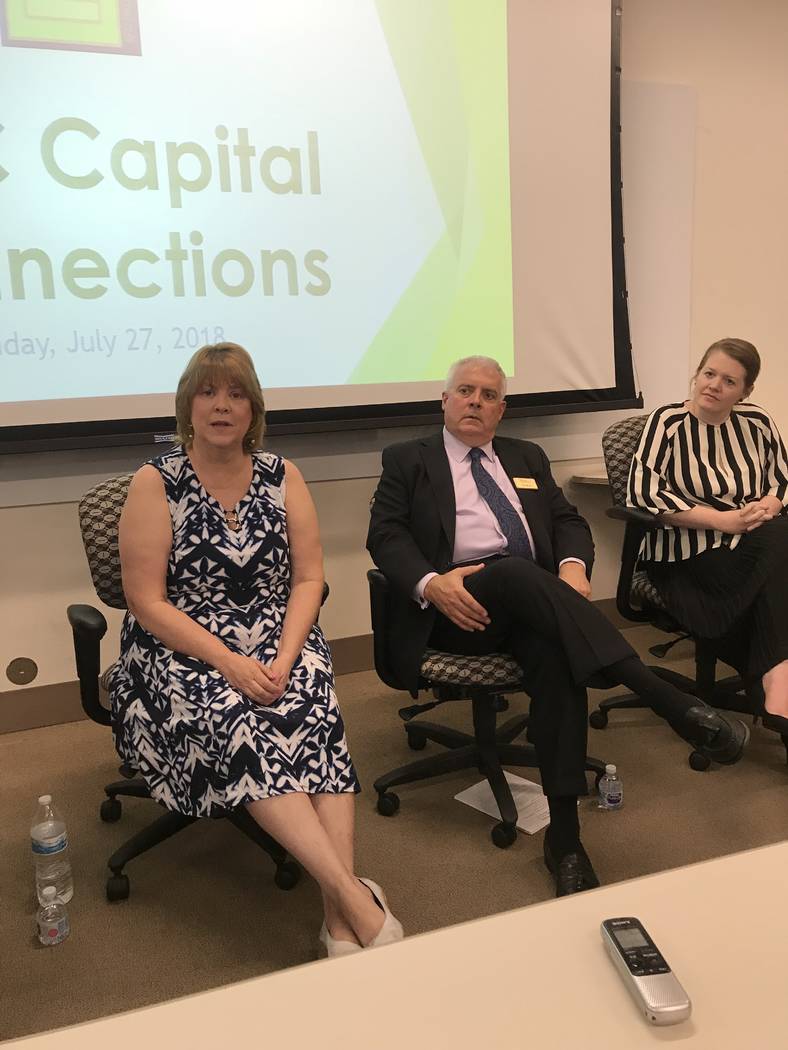 Southern Nevada small business owners and budding entrepreneurs, such as Stacey Dougan are looking for funding to grow or expand their businesses.

Dougan co-owns Simply Pure, a vegan restaurant in the Downtown Container Park that’s been open about five years. Because of the success of her fast casual dining establishment, she and her business partner, Makani Meriweather, want to open a second location, expand their catering operations and launch a product line.

“We have lines out the door,” Dougan said. “Business has been great for us. We gained momentum, and now it’s time to expand.”

Expansion will take hundreds of thousands of dollars and that’s why Dougan and other business owners attended a conference hosted by the Urban Chamber of Commerce — to link them with lending opportunities.

Dougan, 42, moved to Las Vegas when she was 15 and has co-owned businesses in Atlanta and Ghana, called herself an “entrepreneur at heart.” She started her business with her own money and that from family and friends along with a loan from the Container Park that she repaid in two years.

“When expanding the way we want to expand the business, we just don’t have those kind of resources,” Dougan said. And, we also need the expertise. That’s one reason why I am here.”

The conference was attended by many small business owners and those looking to start their new enterprises, according to Ken Evans, president of the Urban Chamber of Commerce. Companies are looking for capital to buy equipment or a building or even seek a line of credit for operating expenses, he said.

“A lot of entrepreneurs were looking to start a business, and they put a pause on their plans,” Evans said. “Some of the existing businesses put a hold on their expansion plans until they got past the recession. Now, they’re ready to ramp up again with possible expansion.”

The mission of the Urban Chamber of Commerce is to create opportunity for people to help grow their business. It backed Senate Bill 126 signed into law in 2017 that provided loans to women-owned and minority-owned businesses, many that have had challenges in getting funding in the past, Evans said.

“From talking to business owners, they have had some challenges, and that’s why we did Capital Connection,” Evans said. “If you know what banks and investors are looking for as you organize and operate your business and document it, you are in a better position. There are ways to overcome those challenges, and what today was all about.”

• Leanna Jenkins is executive director of the Nevada Business Opportunity Fund, an alternative lender, and the Women’s Business Center, a program of the U.S. Small Business Administration.

• Erin McDermott, director of lending partnerships for Accion, a nonprofit that does small business lending. In Nevada, it has provided 530 loans worth $6 million, creating 1,200 jobs.

“All of us encounter entrepreneurs that don’t even know we exist,” McDermott said.

Jenkins said they have one program that’s not credit-score driven. They want a company that’s been in business at least for 12 months.

McDermott said it’s important the business owner knows what he or she needs and why. She said she had one owner tell her he wanted $1 million and when he could not articulate why; asked for only $20,000. People need to sit down with a financial planner or business coach, she said.

Jenkins said even for people new in starting a business, it’s important to develop a relationship with a banker, even if f they’re not yet ready for a loan. Tell them about plans and challenges you’re facing, she said. Banks are intended to be lenders for life rather than alternative lenders.

“We want to get your business built up and stable so it can be turned over to a bank,” Jenkins said. “You are going to get better interest rates and terms.”

Mundt said it’s important to talk with several bankers. People will learn right away if they’re interested in working with you.

Jenkins said experience is important and when putting together a business plan. Place a resume on the back to show that. If the business partner is the one with the experience needed, put that on the resume instead, she said.

“The story matters,” McDermott said. “You got to build a story. We are excited to know how this vision works. We hear about people hating their boss or day job. Entrepreneurship is not a response to hate your day job. You need to be passionate about this.”

Quitting a day job with no outside income when starting a business isn’t an option either, Jenkins said. The person can’t pay back a loan with projections.

Mundt said if people carry a lot of personal debt, there’s a good chance the business will fail because it can’t support their lifestyle.

“If you’re going to start a business, make sure the cars are paid off and the credit card is paid off and keep housing to a minimum,” Mundt said. “You will need that money because things never work the way you think. Have some savings and don’t put all of the savings into the business. You need some savings when you can’t make your rent payment.”