Skip to content
Sign up for our newsletter
section-ads_high_impact_1
BY BUCK WARGO SPECIAL TO LAS VEGAS BUSINESS PRESS
December 31, 2018 - 3:38 pm 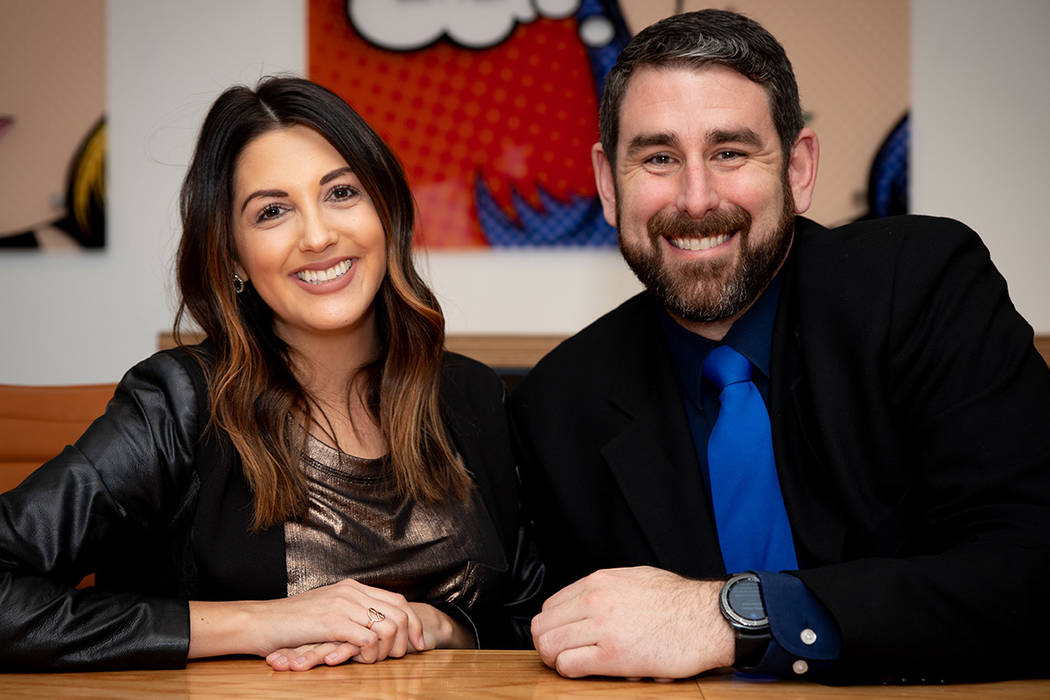 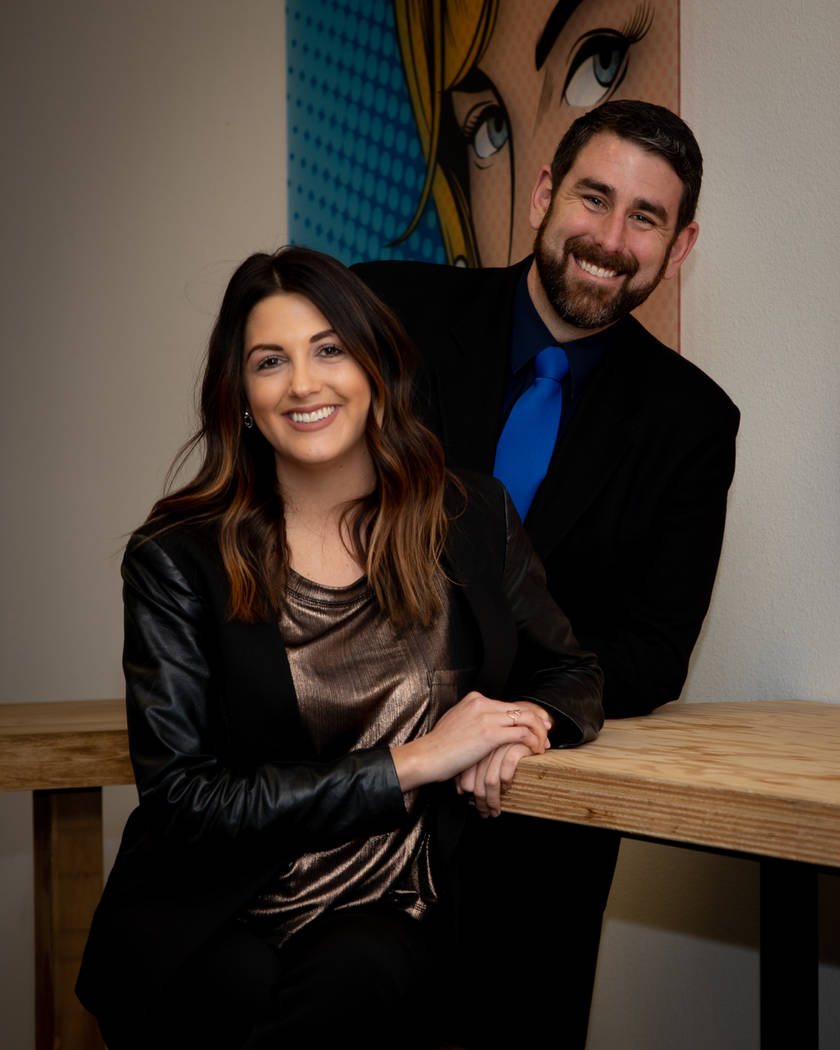 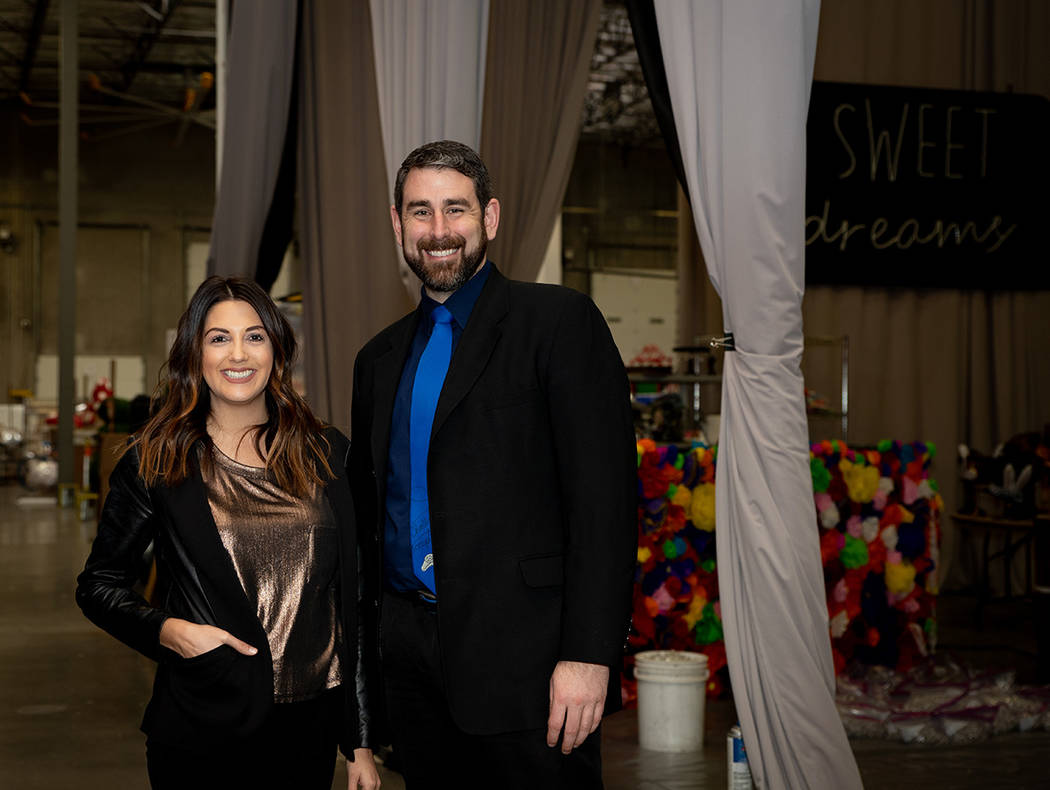 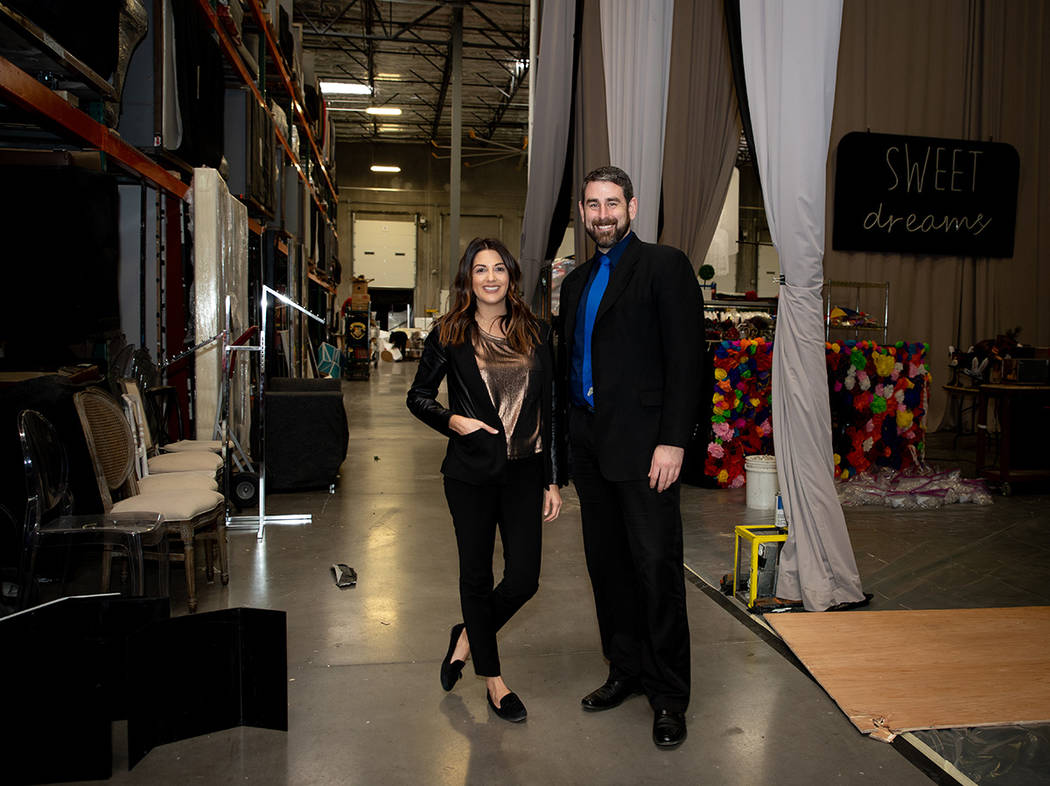 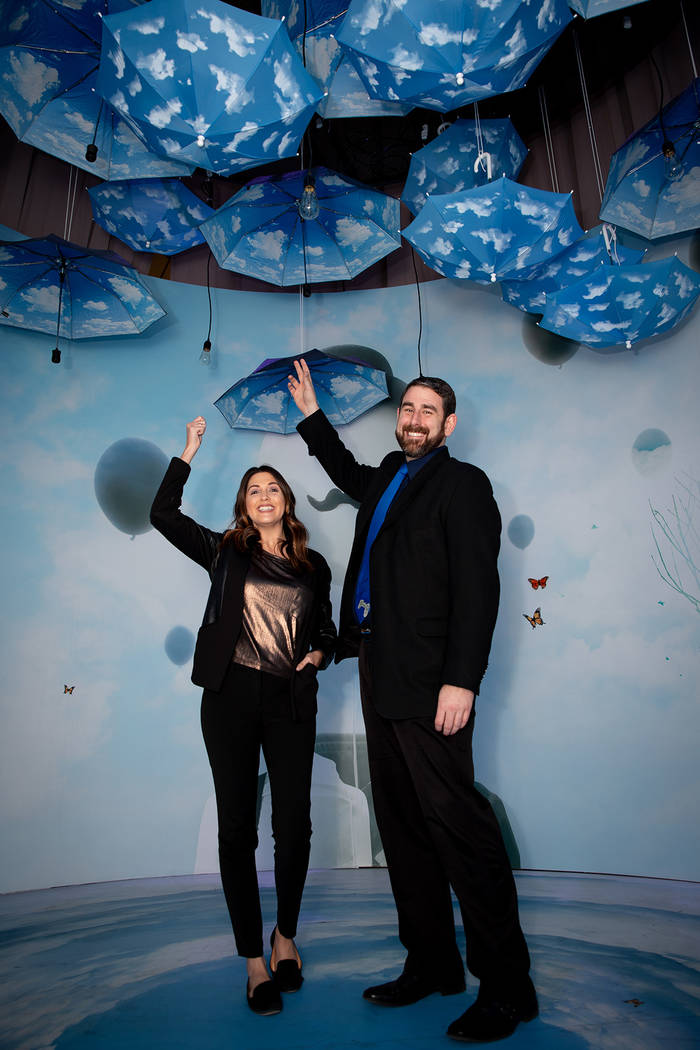 Destinations by Design creates décor with its own in-house fabrication and carpentry, transforming ballrooms for parties and other events. CEO Joshua Ford and a sales manager Felicia Mosqueda show off some of the creations. (Tonya Harvey Las Vegas Business Press)

The concept in which employees take ownership of their company has been slow to take off in Las Vegas, but the CEO of one Southern Nevada firm who has gone that route said he hopes their example prompts others to follow.

The newest example is Destinations by Design (DBD), a 28-year-old destination management and event services company whose owners Joyce Sherman Nelson and James Nelson sold 100 percent of the company’s equity to employees through what’s known as an Employee Stock Ownership Plan.

Employees receive stock in the company based upon their salary and length of service and DBD’s profits go into a trust for the employee’s retirement plans that vest over time, said CEO Joshua Ford.

According to Ford, recent data shows that ESOP’s outperform their non-employee owned peers and that company growth accelerates. It gives employees a long-term financial interest and helps boost morale and productivity of those who do ESOPs.

“Over the last 28 years, Jim and Joyce grew this from their kitchen table all the way up to the amazing company we are now,” Ford said. “About two years ago, they started removing themselves from the day-to-day activity, and as they became more and more removed, they decided they needed to do something to transition out formally but also secure their legacy.”

Under an ESOP, the company continued to operate with the same management, and the Nelsons serve as unpaid members of the board of directors, Ford said. That compares to the traditional option of selling the company to an outside group who would have the option to doing what they want, he said.

For the Nelsons, Ford said there wasn’t a difference in what they would receive monetarily from selling to outside buyers or employees. They wanted to preserve their legacy rather than sell it to outsiders, he said.

“They would come in (from the outside) and the No. 1 goal is to find a way to make as much money and have as lean of a machine as they can because they have a fiduciary responsibility to their investors,” Ford said. “We’re in the human capital business. What we do is whatever our people can do for our clients. The (ESOP) option jumped right to the top. Our company is all about the people, and to bring in an outside pencil pusher and look to try and make a buck would undermine DBD as we know it. We’re all enthusiastic for what tomorrow holds as owners.”

How it works, Ford added, is the company, acting on behalf of employees, borrows money and services the debt with its revenue. Employees receive stock for their retirement account, and that value is updated on an annual basis. The acquisition was made with the help of Missouri-based investment banking firm Butcher Joseph & Co.

“There’s a lot of benefits ESOP tax-wise, not only for Jim and Joyce but for the company being that all of the distributions will go the employees,” Ford said. “There’s a way to prevent income tax that empowers us even more.”

Ford declined to say the amount borrowed for the transaction, except to acknowledge it was in the tens of millions.

Ford said he only came across two other companies locally that have done an ESOP. It’s a concept that hasn’t caught on yet in Nevada and other parts of the West, but suspects it will when people understand the benefits, he said.

Nevada had 21 ESOPs. Only Wyoming, Delaware and Rhode Island had fewer, according to the National Center for Employee Ownership.

“Overnight, I saw employees went from working for Jim and Joyce, which they enjoyed and helped build wealth for them, and now they are building it for themselves,” Ford said. “If you can think of any company that is human-capital driven what better way for retention and employee growth to have that as your buy-in.”

Ford cited the company’s recent holiday party in which employees decided to hold it in-house, spending about one-third of the price than previously because they wanted to increase year-end profits.

Butcher Joseph cited the National Center for Employee Ownership, which has reported that since 1975, after a single year of ESOPs having been made part of Congress’ Employee Retirement Income Security Act, there were already 1,500 ESOPs covering nearly a quarter of a million U.S. workers.

The group said there are 6,669 ESOPs covering 10.8 million employees, according to the most recent data available from 2015. Service companies made up the biggest percentage at 28 percent followed by 22 percent in manufacturing, 17 percent in finance/insurance/real estate, and 11 percent in construction.

DBD has 113 full-time employees and 90 part-time. Sales manager Felecia Mosqueda, said her co-workers are excited about being one of the few companies in Las Vegas doing ESOPs and hopes others “hop on the bandwagon.” Mosqueda, who’s been with the company for four years, said it makes DBD stronger because everyone is invested in its growth.

“Jim and Joyce doing this shows how much they are committed to us and the company,” Mosqueda said. “It was a way for them to show appreciation for us and put the value into the people that value the company the most. We already feel very invested in the company as a whole but now we know that on a day-to-day basis our job affects the bottom line of the company, which is a rewarding position to be in. Jim and Joyce made the company what it is today and this is our turn to make them proud and continue their legacy with the people who started from the beginning.”

As a destination management and event services company, DBD works with hotel and corporate partners and handles everything from transportation and entertainment to venue buy-outs. It does décor with its own in-house fabrication and carpentry transforming ballrooms for parties and other events.