Skip to content
Sign up for our newsletter
section-ads_high_impact_1
By Linda J. Simpson Special to the Las Vegas Business Press
March 28, 2016 - 1:34 pm 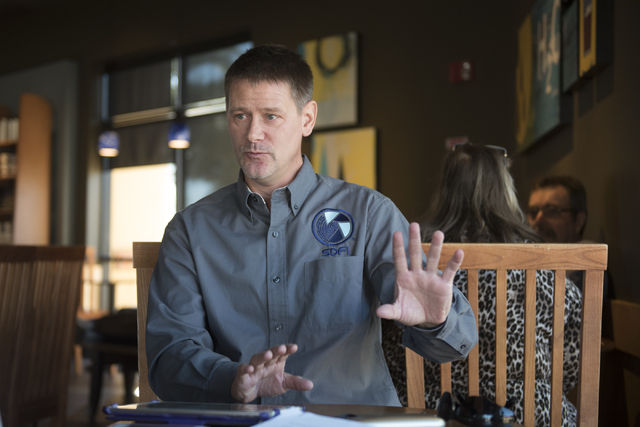 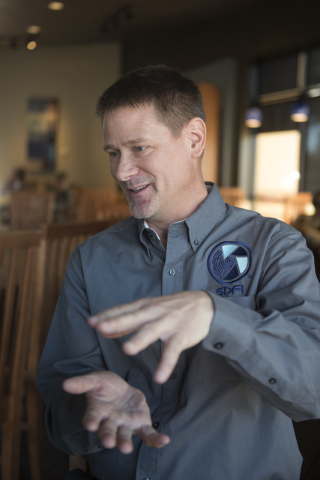 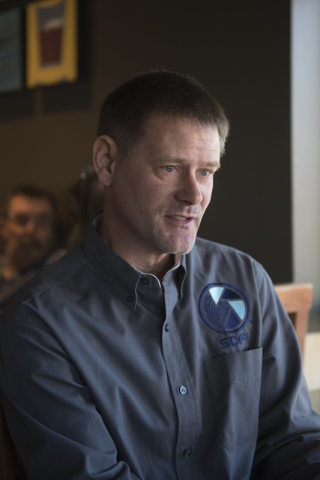 Want to start a business? Having a business plan first is considered mandatory. But that’s not how Ward Allen, founder and CEO of Secure Digital Forensic Imaging, started his company in 2001. The company came first, then after four years of research and development, he created his business plan.

The business came to life in an almost organic way for Allen, who is the driving force behind a Boulder City firm that is changing the way crime scene photography is handled.

Canadian-born Allen graduated from Ryerson (Polytechnic) University in Toronto with a degree in business administration. But his personal interest and self-education in computers started when he was 15 years old, “almost prior to the Internet,” Allen said.

One of his first marketing jobs after college was with Canadian Tire, then the Canadian version of Walmart. Allen was challenged to come up with a new modular merchandizing solution.

“They had no photography for the software application,” said Allen. “This one department had old 386’s (computers) and they were trying to do all this modular merchandizing without photography.”

“I’d been playing with digital technology as just a side thing and (I thought) here’s an opportunity to actually put pictures into these modules,” said Allen.

After he accomplished that impressive task, he was asked to present the innovation to a group of company executives. They thanked him for the presentation and dismissed him as they shifted the discussion to the implementation of an online ISB system for off-site warehouses.

“I said, ‘No, I want to be part of this,’” Allen said, his audacity still surprising him. He was 21 years old.

His success at Canadian Tire led to an applications manager position with Polaroid – Canada Solutions.

He was part of the creative team, a role which eventually led him to the Polaroid – U.S. team in Los Angeles.

One of the ER workers expressed her frustration with the photography equipment the hospital was using at the time.

“She said ‘we have this thing called a colposcope. If you can make this thing work, I’d be really happy.’” Allen said.

Allen knew he needed the input of the forensic examiners to capture the kind of pictures they would need to stand up in court. For four years, he concentrated on coming up with high quality digital imagery solutions.

“I went from the examiners, to the investigators, to the DA, inquiring at each step, ‘OK, here’s what they do – what do you do?” said Allen.

A business with a plan

SDFI offers a three component digital forensic photo documentation imaging system based around the federal rules of evidence. Forensic investigators and examiners — think hospital personnel and crime scene detectives— can shoot high resolution photos, store the images on 256-bit encrypted software and send photos through a secure file portal to anyone in the world.

Allen describes the software as an “evidence locker” and the file portal as a “Brinks truck.”

“The data is restricted so that even within the hospital, IT personnel cannot get access to the data. They can back it up in its encrypted format but they can’t access it,” said Allen.

“We support all three elements forever as long as it is used for either medical or legal purposes,” he said.

The Contrast Camera System, launched in April, 2015, captures images within the ultraviolet light spectrum and is able to uncover subtle details in an image that would otherwise be overlooked.

Allen said he got it to work “by doing some surgery (on the contrast camera) and putting a filter in front of the camera system that allows it to see in the (ultraviolet) spectrum.”

“In the past, you would have had to almost set up a studio in the dark and hopefully not trip over your patient or crime scene because the camera couldn’t see UV light.”

The system was designed for documentation of cases of child abuse, sexual assault, homicide, suspicious injury, death and other types of investigations that usually end up in court.

That’s not bad for someone who is self-trained in computers and digital photography.

Many companies offer Cloud-based storage solutions but Allen thinks that’s like handing your private information to a third party – paying them money to protect it – and not knowing who has access to your data or what they are doing with it.

“If you stop paying for that service,” said Allen. “You essentially lose all of your data. You can’t really do that with forensic evidence.”

From Los Angeles to Boulder City

After five years of doing business in Southern California, Allen had some hard decisions to make.

In 2010, at the height of the recession, “our tax guy in LA said if you can get out of California – do it now,” recalled Allen.

“The cost of living and doing business in Boulder City compared to (Los Angeles) was an 80 percent decrease in overhead,” said Allen. “We were renting a 386-square-foot office (in LA) with taxes for the city, a percentage of your income – over $12,000. The business license in Boulder City is a flat rate of $80,” he explained.

Although the company is located in historically small, Boulder City, Allen has taken precautions to protect employees.

“The business office site is not referenced in any material – we’ve kept that separate for security reasons,” said Allen. “Because the technology is so advanced, it’s referenced in courts so it’s in transcripts,” he said. “We never wanted to have that lead back to our office – so we’ve kept that off the radar.”

Allen now has a business plan firmly in place and clients who know how to reach him.