Skip to content
Sign up for our newsletter
section-ads_high_impact_1
By ANN FRIEDMAN LAS VEGAS BUSINESS PRESS
June 15, 2015 - 3:00 am 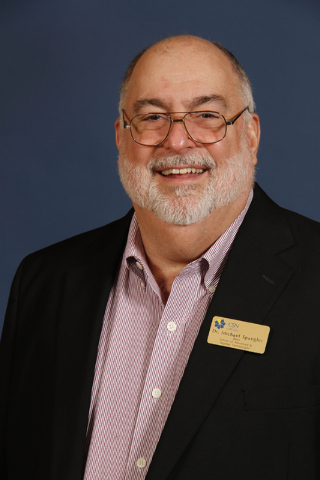 Enhancing cybersecurity education programs to prepare the workforce to secure our nation is a huge undertaking.

From June 17-19, the College of Southern Nevada will bring together cybersecurity educators and experts to tackle this issue at the second annual Community College Cyber Summit.

According to Spangler, virtually every profession uses information technology, so it’s vital to keep those sources safe and secure.

“Retailers that collect customer information and swipe credit cards have to have security as well as every medical or dental office with patient records,” he said. “There are thousands of needs for security, and it’s not just up and down the Strip. It’s all over Las Vegas or any city.”

Spangler added, “Information has no physical balance, and someone has to stand watch and protect the integrity of the data. It hurts everyone if it’s not protected, and it’s our goal is to help prepare people to become guardians of our data.”

Spangler said there is a shortage of cybersecurity professionals, partly because the field is relatively new and partly because workers require a lot of training.

“It’s a very rigorous discipline, and it takes an enormous amount of preparation and skill set,” he said. “Things are changing rapidly now with the growth of smartphones because we have a whole new market of potential security issues coming into existence.”

At CSN, as the cybersecurity industry increases its demand for workers, the school’s biggest challenge is expanding its talent pool.

“For us, it’s a hard discipline in which to find good teachers,” he said. “We’ll be expanding our cross-training in order to take some networking faculty to cross-train them into security so we can grow our pool of instructors.”

After a professor at CSN attended last year’s summit in Chicago, steps were immediately taken to bring the conference to Las Vegas.

“Las Vegas is becoming one of the national centers for networking and computer systems, and we are setting the pace globally,” Spangler said. “We’re going to be one of the big players in the world.”

Spangler added that Las Vegas has networking pipelines coming to the valley and “bandwidth that most would kill for.”

“We’ve got some very smart local people who are focused on the industry,” he said. “We’ve also got some of the best infrastructure in the country, which has helped get things off to a great start.”

Spangler said in the future he hopes community colleges expand their program offerings in security and computer forensics.

“There’s no question that we need others in information technology disciplines, but we haven’t been giving security issues the prominence that they really need,” he said. “Security needs to be a higher priority on everybody’s list.”