Skip to content
Sign up for our newsletter
section-ads_high_impact_1
By Stephanie Annis Special to the Las Vegas Business Press
June 29, 2015 - 3:00 am 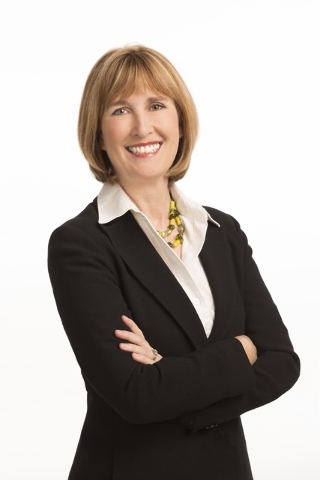 She has a background rich in historical knowledge as well as experience as a lobbyist and as a research analyst.

Q. Who does the Nevada Mining Association represent?

A. The Nevada Mining Association represents the broad spectrum of the industry, which is a statewide industry. Of course, we include members who are mine operators, but we also include folks who are involved in planning, development, construction, maintenance, closure, reclamation and all of the facets of mining. That makes us a statewide industry.

Q. As president, what metrics or numbers are you monitoring daily and why?

A. I look at mining industry news, which includes the price of commodities, because those prices have a direct effect on my members.

Q. What is vanadium and what industries should be interested in vanadium?

A. Vanadium … is an element that is found in Central Nevada and it is used for energy storage. It has some similarity to lithium. It’s showing great promise as a way to develop large-scale energy storage systems.

Q. What advances in mining technology are you currently using, watching or waiting to have available?

A. Our industry develops and utilizes cutting-edge technology. A lot of what we do today is computerized. One example is the use of GPS. GPS and other related technology are used for managing large equipment.

Q. How is Nevada’s economy directly impacted and supported by the NVMA and mining companies?

A. There is mining and there are mining employees in every county of the state. In terms of an economic impact … before the recession, when construction was such a major industry, it was a larger industry than ours, but currently we are the fifth largest industry in the state; the other bigger ones are retail, gaming, tourism … and all of those are traditional Nevada activities.

We have an impact on the economy of about $11 billion.

In 2013, the average annual wage is $90,428. That is over twice the state average. It’s something we’re very proud of. We are Nevada’s oldest and most enduring STEM (science, technology, engineering and mathematics) industry and so we hire a lot of scientists and people who are experienced and educated in technology and engineering and math … we are looking for folks who are well-educated in the STEM industries.

Q. Are high levels of education what drives salaries?

A. It’s probably the only industry in Nevada that you can go to with a high school diploma and get a job as a haul truck operator or as a machine operator. There may be some additional training, some of which is provided on the job, some of which is through community colleges, so not necessarily a four-year degree.

We also have a worker shortage essentially, so that drives wages up. We are in competition not only for workers in manufacturing and related fields but also around the world. Mining is a global industry.

Q. What position, skill or trade is most needed?

Q. What major issues did you address with the Legislature on behalf of the Nevada Mining Association this session?

A. There were two issues that we’re involved in pretty much every session … the governor had a tax proposal, and so we were involved in that conversation and the development of new and enhanced taxation in Nevada.

Then we’re always involved in environmental legislation. We have very sophisticated and far-reaching programs for environmental stewardship; we work closely in development of legislation that affects those programs.

Q. How do you avoid being specifically targeted by those who see the mining industry as an attractive cure-all source of taxation?

A. I’m a historian by training, and Nevada’s history shows it has not been a good idea to rely on any one industry to support the state, whether it’s gaming, mining any other industry. That has not been a sustainable model. We are opposed and have been opposed for many years to industry-specific taxation.

No one industry can bear the burden for our state’s educational system, our mental health system and the other services we expect to get from state government.

We do believe that every industry has a responsibility to participate in sharing that burden. We have supported and did support … the establishment of a broad-based business tax … because it was spread across all of Nevada’s industries. We think that’s a fair way to approach state taxation.