Skip to content
Sign up for our newsletter
section-ads_high_impact_1
By ANN FRIEDMAN LAS VEGAS BUSINESS PRESS
June 22, 2015 - 3:00 am 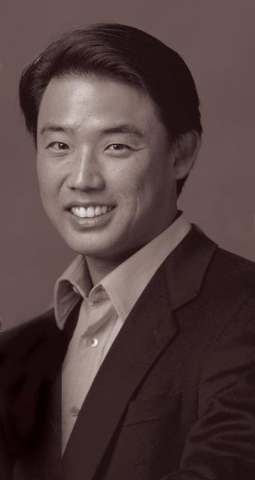 Las Vegan Jim Song is steaming ahead with plans for his steam-cleaning toothbrush sterilizer, the GT2K. Now all he needs is the money to launch it.

Song took to the crowdfunding site Kickstarter to raise money to launch his invention. With his Kickstarter campaign, which runs through July 7, he hopes to raise the nearly $120,000 he needs to start manufacturing the GT2K.

“In a microbiology class in college (at the University of Wisconsin), I asked my classmates for their used toothbrushes and I cultured the germs from the toothbrushes in petri dishes,” he said. “I was astonished after a few days what grow out of the petri dishes.”

He said he sought to create a solution and change habits that have gone on for too long.

“People have been brushing their teeth for hundreds of years and don’t take steps to sterilize their toothbrushes,” he said. “It’s a dirty habit that people are used to.”

The GT2K, which requires water, steam-cleans toothbrushes at temperatures up to 212 degrees Fahrenheit.

“Our goal was to make it as inexpensive as possible so it becomes a no-brainer for consumers,” he said. “Why wouldn’t you want to use something that would give you a germ-free toothbrush?”

Song said product development for the GT2K included countless designs and evaluations of costs and ease of use for the consumer. He also worked with engineers, purchasing experts and microbiologists.

“After the conceptual drawings were done, I made a prototype as well as molds of the product,” he said. “You never get anything right the first time so I was always tinkering with the molds as well as the cosmetic and graphic design part because I want it to look good.”

Song said he’ll manufacture the GT2K whether he raises enough money on Kickstarter or not.

“We’re so excited about launching the product in the U.S. and other countries so we’ll be moving forward with it,” he said. “This holiday season we want to be the stocking stuffer that people can give to their kids, spouse and those who travel.”

Song said he hopes to launch a multitoothbrush GT2K unit after the single-unit version is released and develop oral supplements to support gum health.

In the meantime, Song said he’ll launch viral campaigns to spread the word about the toothbrush sterilizer.

“I’ll be going into public bathrooms in gas stations, swiping a toothbrush in the toilet, putting it in the GT2K and brushing my teeth with it,” he said about one of his viral campaigns. “I’m a CEO who really believes in his product.”