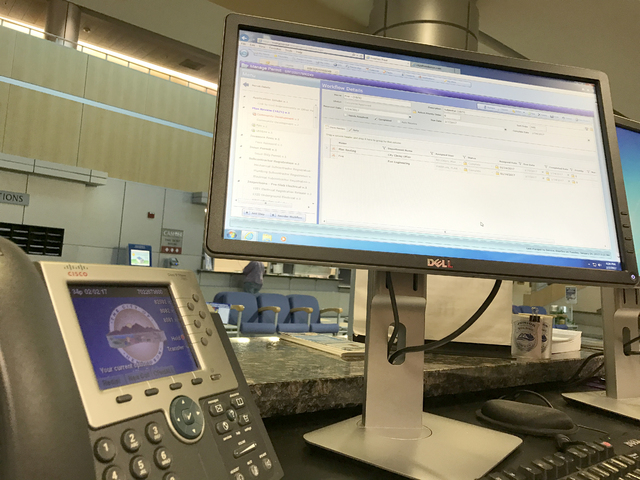 The City of Henderson is investing $3 1/2 million into the EnerGov permit tracking system, which will replace the existing system, KIVA, Mar. 6. Photo by Buford Davis / Las Vegas Business Press 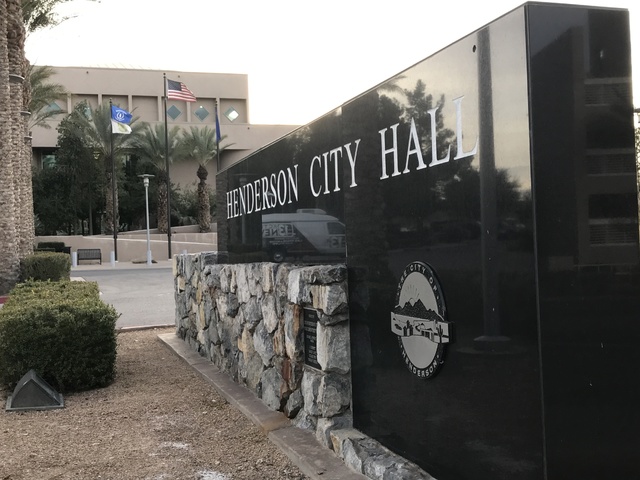 The City of Henderson is investing $3 1/2 million into the EnerGov permit tracking system, which will replace the existing system, KIVA, Mar. 6. Photo by Buford Davis / Las Vegas Business Press

Doing business with the city of Henderson is expected to become a bit more efficient as the result of a new permitting platform that goes online March 6.

The city invested $3.5 million in EnerGov, which replaces the current permit tracking system, KIVA, that was first installed around 2000.

“KIVA is (at) a point where it is no longer supported, so we had to go through the process of getting a replacement system,” explained Christopher Barnes, city development services coordinator.

City staff began three years ago vetting 11 vendor proposals before selecting the new system, based in part on its user-friendly qualities, according to Barnes.

“When EnerGov was chosen, there was not a close second. We got a lot of feedback. I think it will give the customer a clear idea of what they are seeing, but it also enables a staff member who may not be familiar with the other parts of the permit to understand where they are in the process.”

The city is incorporating mobile technology to allow for better real-time updates of inspections.

“They are replacing and updating technology that really did not allow them to accomplish much of what that they have set out to do,” said Rusty Smith, vice president and general manager of EnerGov.

Barnes said the city staff will try to continually develop and improve a customer-centric process which requires efficiently maintaining pieces of information.

“We look at those first specifically because those don’t require extensive plan review that a lot of the other ones do,” explained Barnes. He said the city is evaluating other types of applications as candidates for online payment and permitting.

“Another aspect — and it is also something that Henderson has as part of (its) mission — it will bring together multiple departments within the city that in the past were on separate systems,” Smith said. “So the information that everyone has in the city becomes a much more global view than they ever had before when they were looking at the different systems.

“From our perspective, the staff at the city of Henderson understand their workflows really well. They are able to take this really powerful tool, and they will be able to get the maximum value out of it.”