Skip to content
Sign up for our newsletter
section-ads_high_impact_1
By Craig A. Ruark Special to the Las Vegas Business Press
May 25, 2015 - 3:00 am 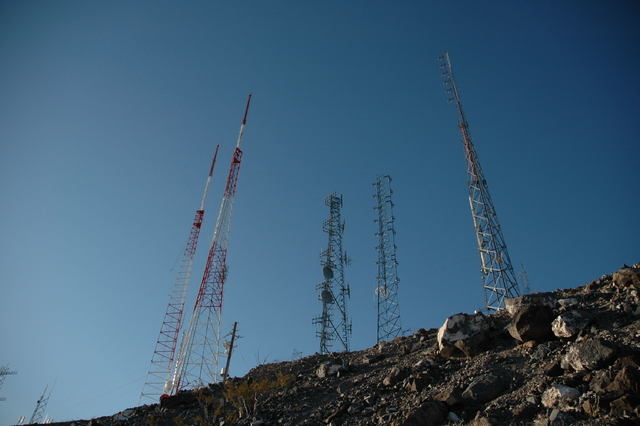 The Federal Communications Commission is getting ready to shuffle transmission bands in an effort to free up more space for mobile technologies.

And that could mean both a realignment of television broadcast channels and some tough choices for Las Vegas station owners who could pocket more than $100 million if they close down operations and sell their spectrum space.

Today, nearly two-thirds of Americans own a smartphone, and 19 percent of Americans, to some degree, rely on a smartphone for accessing online services and for staying connected to the world around them.

That increased useage is causing panic among the major cellphone providers — AT&T, Verizon, T-Mobile, and Sprint. The reason is simple; there is a limited amount of information that can be transmitted within the bandwidth allocated to cellphone use and every time you watch a YouTube video or stream a movie or sporting event to your smartphone, you are taking up space on the bandwidth.

The solution is to create more bandwidth for cellphone use. In the real estate business, the saying is: they are not making any more land. The same is true for bandwidth space.

So in order to solve the problem, the FCC has come up with a plan to take bandwidth from the television industry and transfer it to the cellphone industry. But not all television stations will be affected. Depending on the amount of bandwidth the FCC decides to clear, only those stations broadcasting in the UHF spectrum — channels 51 down to 14 – are likely to be effected.

To accomplish their goal, the FCC has announced an Incentive Auction to be held in early 2016. In this auction, broadcasters will be asked to sell their spectrum rights voluntarily.

In Las Vegas, an FCC-commissioned study by Greenhill &Co. LLC is projecting that a full power station could sell its rights for a maximum of $150 million with a median price of $84 million. For low-power stations, the maximum is estimated at $130 million and a median of $120 million.

The FCC’s proposed opening bid price per broadcaster is based on a complicated formula that involves the population of the designated market area, the interference of the signal to neighboring cities, whether or not the station is licensed as a “Full Power” or “Class A” lower-power station, and how much spectrum is needed in that market.

Stations that volunteer to go off the air entirely would receive the most money and stations that wish to stay on the air and move into the VHF spectrum would receive between 33 and 50 percent less for their station.

Many industry experts believe the numbers in that report to be on the low side based on previous spectrum auctions.

In a market like Los Angeles, a station’s rights are expected to go for more than a half-billion dollars.

In the Las Vegas market, it could mean a scrambling for space as broadcast stations move to lower numbers. It also could mean some stations with specialty audiences — from religious programming to reruns of ‘classic’ series — could go dark as owners choose to take the multimillion-dollar windfall.

In the case of a station like KMCC, the MundoFox affiliate, the owners have an interesting dilemma. The station broadcasts on channel 32, and its transmitter is located on a mountain in Arizona halfway between Las Vegas and Kingman both of which are covered by the signal along with Laughlin. If the owners wanted to sell the spectrum rights and go off the air, they might pocket something between $150 and $200 million.

But station president Chris Roman said the station will stay on the air. “We see Spanish language broadcasting to continue to thrive and we want to continue providing that service to Las Vegas. There is a lot of good that needs to be done, and we have the perfect vehicle to do something to ignite our people and inform them of what is happening in their community and the world today.” The station recently launched a local Monday – Friday newscast at 5 and 10 p.m. which moved KMCC up the ranks to become the #2 Spanish Language station, out of six in Las Vegas, between the hours of 7 and 10 p.m.

The spectrum auction is unlike most auctions in that, the FCC is the only bidder and will be bidding in four different phases. In this “reverse auction” format, after each bidding phase, the price goes down significantly until the FCC collects the amount of spectrum needed in each market area. Broadcasters can exit the auction without penalty if prices fall too low.

Those stations that wish to remain on the air and are moved to a lower channel will receive money from the FCC as reimbursement of expenses. In preparation for the expense to the FCC, Congress established a $1.75 billion TV Broadcaster Relocation Fund to pay reasonable relocation costs such as the new transmitter, antenna, and other associated equipment tuned to the new frequency. However, it is estimated that the fund is $1 billion or more short of the actual costs that will be incurred.

After the FCC clears the needed spectrum, there will be what is called a forward auction, whereby the FCC will sell that spectrum to the wireless carriers. In addition to AT&T, Verizon and the other cellphone companies, Dish Network and Direct TV has also entered the playing field. Dish Network spent $13 billion in a previous wireless spectrum auction and is planning to take on Verizon and AT&T by creating a wireless video and data bundle called Sling TV.

In January 2014, T-Mobile and Verizon paid a combined $3.3 billion for 700 MHz of bandwidth. And in January 2015, the auction of advanced wireless services generated $41.3 billion in total net bids.

Expectations are that this spectrum auction will greatly exceed the money bid in both auctions combined. And when the process is complete, the FCC expects to have turned a profit for the Treasury.