Skip to content
Sign up for our newsletter
section-ads_high_impact_1
By Jeffrey Meehan Special to the Las Vegas Business Press
April 20, 2015 - 3:00 am 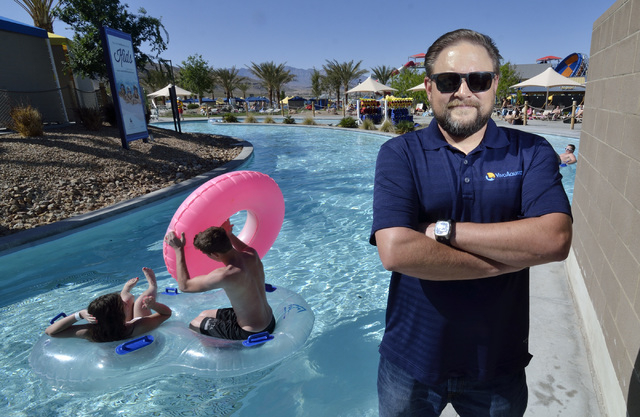 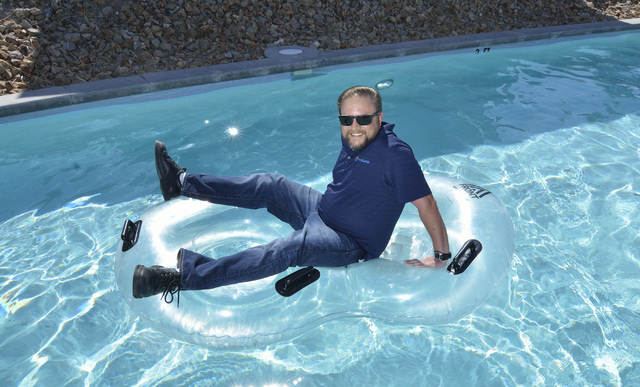 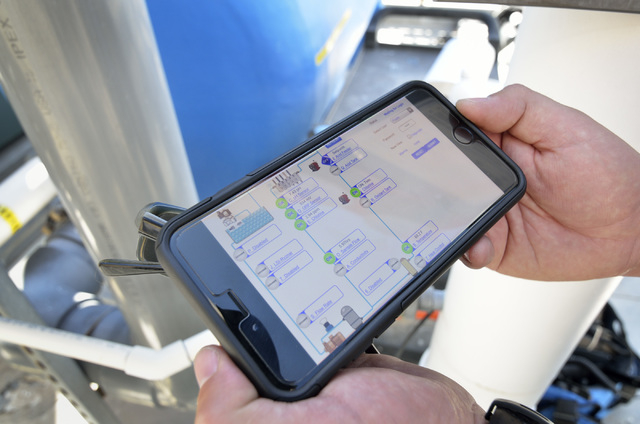 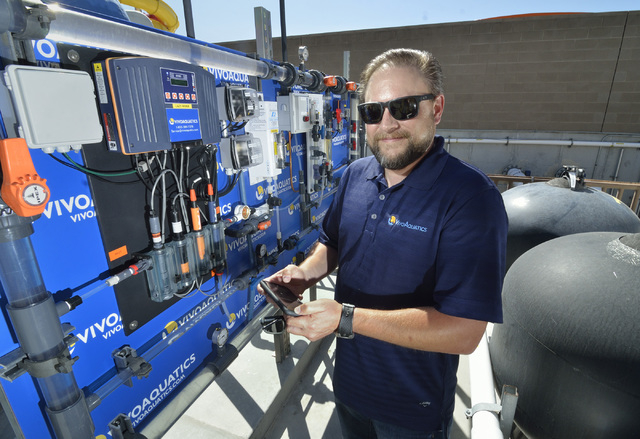 Water is a precious resource in the Valley, and one local pool company is taking the notion seriously.

VivoAquatics, through its automated chemical drop system and other practices, has brought big water users – including the Mirage and Wet’n’Wild Las Vegas — a more efficient way to manage their aquatics and save water resources.

According to Bob Garrett, general manager at VivoAquatics, the system can save an average of 30 to 40 percent in water usage.

By automating the water chemistry, VivoAquatic’s clients save water by reducing the amount of backwashing — a method of cleaning the filter system in a pool.

The system is not, however, all in the timing. VivoAquatics also uses organic pool chemicals containing natural enzymes that help to break down naturally some of the chemical buildup in the water such as suntan lotions, makeup and organic waste from people in the pool.

“Because we’re naturally digesting all of that stuff, it doesn’t have a chance to clog the filters, which would normally require a lot of backwashing, which wastes water,” Garrett said.

“Some pools, every time you backwash, it’s a few hundred gallons,” Garrett added. “Some pools when you’re backwashing, it’s thousands of gallons of water.”

The technology was derived through a partnership with a German manufacturer focused on drinking and wastewater treatment systems. VivoAquatics customized the system for its specific use in swimming pools.

Garrett said he sees many operators who use traditional systems backwashing on a regular and consistent basis. VivoAquatic’s system helps reduce these practices through its organic chemicals and automated delivery system. Clients only perform backwashing when the system needs it.

The system can also help by tracking how much water is being added to the pool and how many backwashes are being performed.

Garrett said the system helps pinpoint problems by creating charts and graphs that could identify an operator backwashing too often or a possible leak in the pool. Through remote monitoring by the user, the client can see where issues might be arising in real time. A user can gain access to the information on any web-enabled device.

Another option offered by VivoAquatics is a remote monitoring service. The cost can be as low as $20 per month, Garrett said.

VivoAquatics launched its new system at the World Waterpark Association Show at the Paris Hotel in Las Vegas last October. Garrett — along with Max Koby, general manager of strategic development; Willan Johnson, the CEO; Nathan Hernandez, director of aquatic solutions, and Jack Peat, director of account development — helped bring VivoAquatic’s system to some large bodies of water in Las Vegas, including the Mirage and Wet’n’Wild Las Vegas during the show.

The system landed in the wave pool at the Wet’n’Wild Las Vegas in October and will roll onto the lazy river in the near future.

Belhumeur explained that when the system senses the need for chemicals, it sucks them in; it doesn’t pump the chemicals in like traditional units. The system is also more accurate than traditional chemical controller systems.

“It gives the true reading of the chlorine in the pool rather than a calculation,” he said. The preciseness of the system also reduces the chemical load needed in the pool, reducing chemical use.

Belhumeur said they aren’t currently using the enzymes in the water. The park normally uses it when the warmer temperatures come back and the number of patrons increases at the park.

Garrett said the system installed at Wet’n’Wild Las Vegas is saving the park 40 percent on water consumption, and there has been a 20 percent reduction in chemical consumption.

Belhumeur said the company will have definite proof of the water savings analysis in the near future.

Garrett said VivoAquatics was able to reduce the amount of labor needed to operate the wave pool.

“It is such a large body of water that gets so much usage, that there’s an issue where sometimes it was really hard to keep up with the chlorine demand,” Garrett said. “They were doing dosing protocols to try to keep up with it, but it was very labor intensive, and they used more chemicals than was necessary.”

The VivoAquatics’ system is not the only thing that saves water at Wet’n’Wild. Belhumeur said the company has a specialized filtration system, the Neptune Benson Defender-Filter, installed on the wave pool and the lazy river.

“It’s a very microscopic porous material that when it’s put onto the filter elements inside of the filter; it’s not vacuumed but squeezed on there with pressure, and then the water goes through the filter media and the pores and the perlite capture contaminants,” Belhumeur said.

And the system doesn’t require the same backwashing techniques of the past.

The traditional system had to be backwashed three times a day. The new system has reduced this to every two weeks, Belhumeur said.