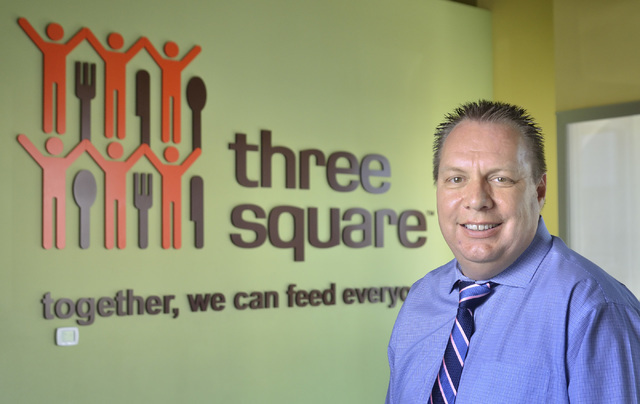 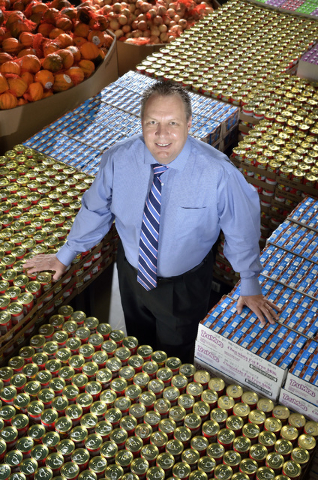 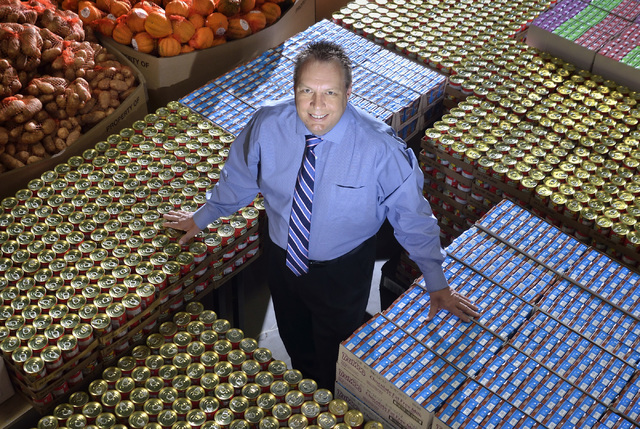 Before he could even vote, Three Square Chief Operating Officer Dan Williams was working in the produce department at the old Alpha Beta (now Albertsons) grocery store chain, and before he could legally drink he was serving as the produce department’s manager. His ensuing decade-long experience that began literally as a child has provided the foundation for the rapid growth and efficiency of Three Square Food Bank, and Williams’ nomination for Sustainability Executive of the Year.

“I know firsthand how much food was wasted in a produce department at a grocery store, and I also learned what you could do to be more efficient,” Williams said. “When I got out of the grocery business in 2012 and joined Three Square I knew what worked at Albertsons, but then I could see how everyone approached food recovery and efficiency in the entire local grocery industry.”

Since 2012, Three Square has been on a fast trajectory for growth and efficiency, measured in pounds of food rescued, increasing its transportation fleet to deliver food while minimizing its own internal food waste. This includes Williams’ spearheading efforts to transition from a large box truck fleet to smaller refrigerated vans. The vans are four times more fuel-efficient, while maintaining the desired food temperature for a longer time.

“We retrofit the vans and use the latest and best technology to keep food at the desired temperature of 41 degrees or below,” Williams said. “The change has allowed us to provide more reliable service in a dramatically more fuel-efficient manner.”

Like the rest of Three Square, its fleet of vehicles continues to grow. In 2007, when Three Square was established they only had seven trucks, and even as recently as the early part of the decade they had 16 vehicles. They now have a total of 27 vehicles overall.

Three Square Food Bank’s efficiency in food rescue programs in Las Vegas has more than doubled since Williams’ start at the organization. In 2012, they rescued 6 million pounds; and for 2016 they are on pace to rescue more than 13 million pounds. Food rescue not only benefits the less fortunate, but it allows grocery stores to save on the costs and environment impact related to food disposal.

“Our long-term goal is to rescue 24 million pounds of food every year,” said Williams, demonstrating the ambitiousness and expertise that got him nominated for the Sustainability Executive of the Year Award. “We know that recovering another 11 million pounds of food every year is possible, and we work with retailers so they know they can receive a tax incentive for their efforts.”

With Three Square and grocery stores’ efforts in food recovery, approximately 55 percent of recoverable food in the Las Vegas metropolitan area is saved, far above the national average of only 3 percent.

“The ultimate goal is to divert food from landfills,” Williams said. “We now deliver freshly made meals from our kitchen to our delivery sites, many of which are schools and education-related. Our top priority is to always keep our food fresh and refrigerated because we never want to get anyone sick.”

Williams expertise may have led many of these efforts, but he reflects on the team effort required to reach success.

“There has been many training sessions, meetings and presentations to get to where we are,” he said. “We have got a lot done but we have a long way to go.”