Skip to content
Sign up for our newsletter
section-ads_high_impact_1
BY BUCK WARGO SPECIAL TO LAS VEGAS BUSINESS PRESS
April 3, 2018 - 1:21 pm 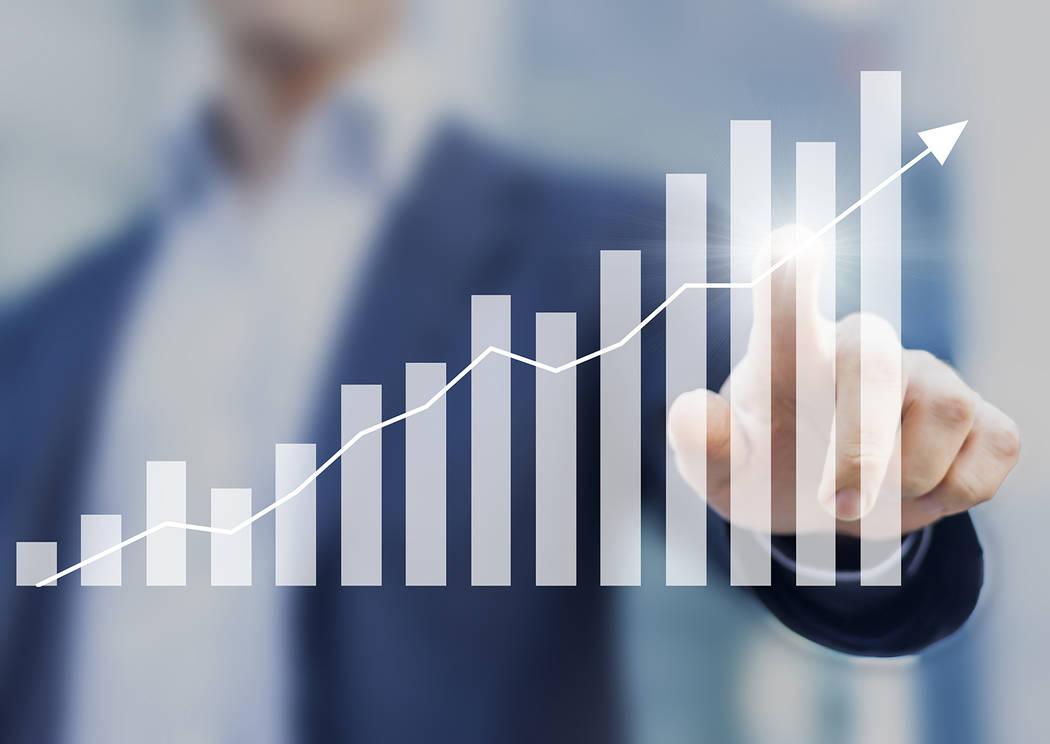 A new survey from Nevada State Bank shows nearly nine in 10 said the Nevada economy is headed in the right direction. (Thinkstock)

What a difference five years makes in the optimism Nevada small business owners have in the economy and its prospects for their success and they’re willingness to hire.

A new survey from Nevada State Bank of more than 400 small business owners and executives showed that nearly nine in 10 said the Nevada economy is headed in the right direction, up from 77 percent a year ago. Five years ago, only 47.6 said that about the state’s economy.

Business revenues fueled that optimism with nearly 53 percent saying revenues have increased over the last 12 months and more than 70 percent said they will increase over the next year. More than two-thirds said they think the business environment will get even better over the next 12 months, according to the survey conducted by Las Vegas research firm Applied Analysis.

“By far, these are the most optimistic results we have seen from small business and their view of Nevada,” said Terry Shirey, president and CEO of Nevada State Bank. “I think it reflects everything that’s going on in our state economic activity from home prices to the big projects on the Strip that are driving ancillary business. In-migration continues to be strong. The governor’s office of economic development has done a wonderful job in helping to diversify the economy here. There’s a lot of optimism, and I think that optimism is backed by what we’re seeing in the economy.”

The survey included business decision-makers, including owners, operators and executives representing businesses with annual sales ranging from $250,000 to $10 million.

Like they are with the state’s economy, business owners were also more optimistic about the national economy but not as enthusiastic as they are about the state’s economy. Some 82.6 percent said the national economy is headed in the right direction, up from 68.9 percent a year ago. In the first survey five years ago, only 35.5 percent felt that way.

“They’re up 6 percentage points (from 2016), and that reflects the financial statements of small businesses indeed getting better,” Shirey said. “Companies are investing in growth now. When we started this survey, there were a lot of companies that needed equity in their business. They were struggling with revenues and today it’s about growth. They’re purchasing new buildings for their offices because they need to because they’re expanding.”

The confidence in business owners and increase in revenues will lead to job hires. More than 42 percent said they plan to hire more employees over the next year. That’s up from less than 36 percent who planned to increase their employee count last year.

“The survey results prove it’s an exciting time to be in Nevada,” said Jonas Peterson, CEO of the Las Vegas Global Economic Alliance. “Since the recession, the state has seen tremendous economic growth. Greater investments are being made, and we have become the fastest jobs-producing state in the country.

In Southern Nevada, the economy is diversifying as more businesses from different industries expand and relocate to the region, Peterson said. He credits a pro-business climate, low operating costs, and high quality of life for why companies are moving here.

“With the help of state and regional partners, we set new records for assisted job creation in 2017, and we are on track to deliver even more in 2018,” Peterson said.

As in past years, the survey showed small business owners throughout Nevada continue to face challenges in recruiting quality employees, Shirey said. Nearly 69 percent said it was “somewhat or very difficult for them to recruit quality candidates, though that was down slightly from nearly 71 percent in last year’s survey.

A shortage of candidates with sufficient experience was the most common reason cited for this challenge, Shirey said. As a result, more than 32 percent of business leaders said they plan to recruit people from outside Nevada, which is an increase of more than 5 percent from last year’s survey, he added.

The survey also weighed in on regional issues as well. For example, more than 37 percent of business leaders in Southern Nevada said the $1.9-billion stadium under construction west of the Strip will have a positive impact on their business. Meanwhile, more than 41 percent said the recent wave of professional sports teams moving to Las Vegas will boost their business, according to the survey.

“We’re pleased to see the number as high as it is,” Shirey said. “The benefit of the stadium goes far beyond the Raiders. It extends to all of the other events that will be hosted in that venue, and the Strip is the economic engine for our community. There’s a trickle down affect to all businesses that surround the Strip. The more people that are visiting our city, the more rooms that are filled and more money that people are spending on the Strip tends to have a high correlation to the strength of our overall economy.”

The biggest concerns cited in the survey for small businesses was the rising health care costs at No. 1. That was followed by business taxes and government regulations.

Some 16 percent of Southern Nevada business owners said they were concerned about housing being affordable. That contrasts to Northern Nevada where 41 percent said that was a concern.

“This makes sense, since we have an increasingly tight housing supply in both the Reno and Las Vegas areas and since home prices in Reno are now higher than they are in Las Vegas,” Shirey said. “This is an issue worth watching.”

In other survey results, nearly 25 percent of businesses said they gave more to charities this year and more than 31 percent said they donated to the VegasStrong campaign after the Oct. 1 mass shooting on the Strip.