Skip to content
Sign up for our newsletter
section-ads_high_impact_1
By Buck Wargo Special to the Las Vegas Business Press
April 18, 2016 - 3:00 am 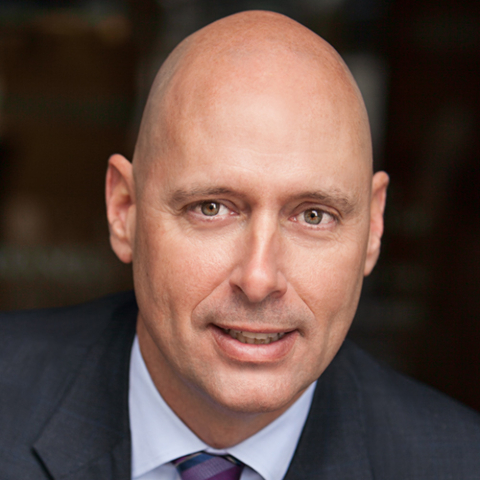 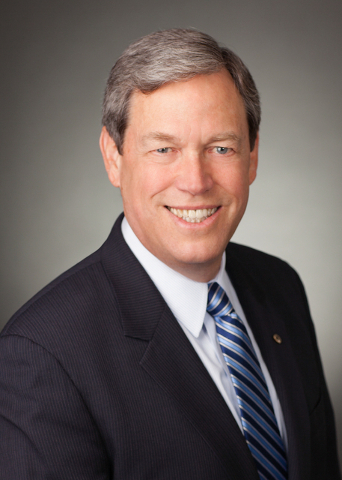 The banking industry should brace for more consolidations and reduction of branches over the next five years and more regulations under a likely Democratic takeover of the federal government, two industry executives said.

The presidential election campaign came under examination during the Retail Banking Conference April 6 to 8 at Mandalay Bay.

Executives lamented the prospect of Democrats controlling all three branches of government because they say it will lead to more regulations that will burden the industry. They are also concerned, however, that if Republicans win the White House and retain the Senate that the regulatory landscape will be shifted as well.

“The last thing you want to see in the banking environment is to have a Republican come in there and reverse every single rule,” said Richard Hunt, president of the Consumer Bankers Association. “You will be whipsawed back and forth. We need to have certainty and stability.”

Hunt said the framework of the U.S. Senate is designed to slow down change because 60 votes is needed to end debates. Even if Republicans or Democrats have a majority, it will be difficult to get that number of votes, even if with a Republican-controlled Senate and a GOP president. Senators such as Massachusetts Democrat Elizabeth Warren are stopping colleagues from making changes to the Dodd-Frank Wall Street Reform and Consumer Protection Act of 2010, Hunt said.

“There’s some support in Congress for some community banking relief but as far as significant changes to Dodd-Frank, I don’t see it unless there’s horse trading going on between the White House and Senate and House of Representatives,” Hunt said.

What will be significant, however, Hunt said is that a Republican president would have the power to appoint the director of the Consumer Financial Protection Bureau now headed by Richard Cordray. He got his appointment only after then-Democratic Senate Majority Leader Harry Reid of Nevada did away with the filibuster on appointments below the Supreme Court. That means approval takes a majority vote.

“If Republicans do win the White House and keep the Senate, they are going to come back to rue that day,” Hunt said of Reid’s move to change the appointment process.

Hunt said Republicans would get rid of the CFPB director and name a bipartisan commission that many government agencies have. It’s done with the SEC, Federal Election Commission, Federal Communications Commission, FDIC and Federal Reserve, he said.

Camden Fine, president and chief executive officer of the Independent Community Bankers of America, said if such a commission is not created for the CFPB, then he expects that agency would fall under the appropriations process for congressional funding, thus limiting its ability to act. He also said it’s possible under Republicans that the threshold for onsite CFPB examination would be raised.

If Democrats take over three branches of government by winning the presidency, Senate and House, Fine said that would be a disaster for the industry.

“It would be regulation on steroids,” Fine said. “I don’t want to think about that. That’s the doomsday scenario. Not only would you have Dodd-Frank on steroids but you would have new laws coming into effect that we could not think of because the new Administration would do through administrative fiat that they could not get through Congress.”

Hunt cautioned that all of that is predicated on the Democrats taking the House and that only comes into play if Donald Trump is the GOP nominee. Even then, it will be difficult, he said.

“A lot of House Democrats do not think Dodd-Frank went far enough and they would make auto lenders under CFPB supervision,” Hunt said. “They would want to make (more) community banks examined as well. They are looking at an expansion that would make banking a utility.”

Fine said that during the Obama Administration there have been about 65 new regulations, mainly focused on consumer products. Some dealt with safety and soundness and can easily be handled by bankers.

Hunt lamented the “avalanche of regulations” under Dodd-Frank, which was in response to the Great Recession and the nation’s financial crisis. He said the CFPB now has 1,500 employees and speculates 98 percent of them have no banking experience. A typical bank has 13 different regulators plus 50 state regulators, and Hunt said he expects the same structure unless another financial crisis hits.

“We’re not opposed to regulation but it’s the avalanche of one upon the other,” Hunt said. “A GAO (Government Accounting Office) report said our regulatory framework is fragmented. That’s a government agency that says that as opposed to bankers themselves.”

Hunt said he’s not calling for the repeal of the CFPB, which is responsible for consumer protection in the financial sector that includes banks and credit unions. It’s a reality and won’t be going away like some would like. It’s important to work within the system and try to perfect the agency, he said.

“When we think the CFPB is wrong, we go after them and when we think they’re right, we give them credit,” said Hunt who criticized a CFPB move on handling consumer complaints. “The fact that anybody can go to their website and issue a complaint is not even a better version of Yelp.”

Fine said he complained to Cordray about the move and is concerned about how the CFPB slices and dices information and misuses statistics when it comes to a complaint data base.

Hunt said banks want to hear complaints from its customers but fear that what happens with the CFPB won’t be verified and accurate.

Among the other concerns, Fine said he’s worried over potential regulations that would limit and stop overdraft products that are important to community banks. Margins have been squeezed by eight years of zero interest rates and other fees have been taken away through regulations, he said.

“Overdraft protection fees are an important component of most community banks and what the CFPB fails to understand is overdraft protection was not a product created by the banks for revenue, but it was a product that the consumers demanded,” Fine said. “The government, in the guise of protecting consumers from themselves, wants to do away with it. It’s now ingrained in a revenue source in every community bank in the country.”

Hunt said that’s a poor strategy because consumers would go to payday lenders to meet their needs and would end up paying more than they do at banks.

The number of bank branches has declined from 97,000 to 93,000 in the last three years and Fine said he expects that number could drop to 65,000 in the next five years. He points to changing banking habits, especially with millennials and the use of smartphones.

Hunt said he expects a 5 percent a year decline over the next five years.

Not unlike Uber with the taxi industry, he said banking is undergoing a major transformation and regulators need to understand there may not be much to regulate if they go overboard. Some banks that aren’t in the top three of a market may exit, he said.

“People can do 99 percent of their banking on their smartphone,” Hunt said of the reason for fewer branches.

“We said in the old days that a bad bank had to be bought,” Hunt said. “Now good banks are being bought.”

“I do think consolidation will accelerate, and there will be the app that we don’t know exists yet,” Fine said.

The implementation of Dodd-Frank did not end the concept of banks too big to fail, Fine said. When six banks have book assets that are almost equivalent to the national Gross Domestic Product, no administration is going to let them go through the bankruptcy process, he said.

“The government would have to step in because those banks are bigger today than they were at the beginning of the crisis,” Fine said.

Hunt said the reason for that growth is that big banks had to bail out the mortgage banks and that in looking at them since 2010 when Dodd-Frank was passed shows they’re smaller. He said he’s a fan of a stress test conducted by the Federal Reserve.

“I wish every bank had to go through that,” Hunt said. “I don’t think there is any bank that’s too big to fail.”