Skip to content
Sign up for our newsletter
section-ads_high_impact_1
By Rodric J. Hurdle-Bradford Special to the Las Vegas Business Press
February 19, 2016 - 5:36 pm 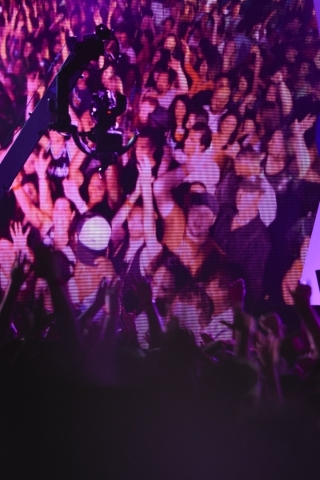 The audience at the iHeartRadio Summer Pool Party at Caesars Palace in Las Vegas on Saturday, May 30. (Jason Ogulnik/Las Vegas Review-Journal) 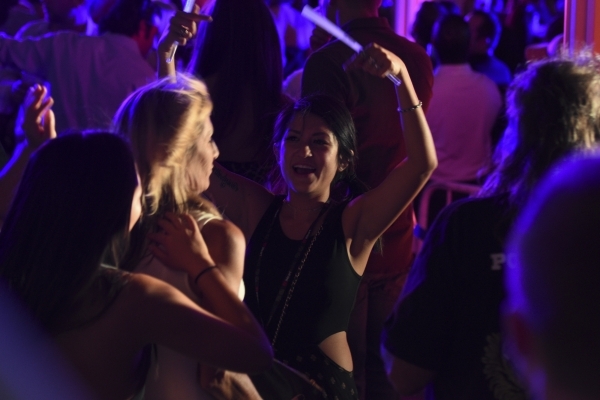 The audience at the iHeartRadio Summer Pool Party at Caesars Palace in Las Vegas on Saturday, May 30. (Jason Ogulnik/Las Vegas Review-Journal)

For many “9-to-5” business people in Las Vegas, what happens on the Strip in the nightclub scene after dark is as foreign as Laos, London or Liberia.

What most people in the business community do not see is that within Las Vegas’ nightclub industry, the “occupation” of “independent nightclub host” — someone who gets paid per person or per group to bring tourists to a nightclub — is probably the fastest-growing occupation in the city over the past five years.

But nightlife experts and veterans agree that this expansion is not good for the industry, as the lack of credibility of newcomers hurts the credibility of longtime nightclub industry leaders like Red Carpet VIP, which has been in business since 2002.

“Transparency and honesty to the client is the entire foundation of nightclub hosting, whether you are an independent promoter working for several clubs or working for one club directly,” says Terence O’Connor, co-owner and vice president of sales and marketing for Red Carpet VIP, which earned $14 million in total revenue in 2015. “You have to do the right thing because it is all about giving tourists the best experience and not placing personal and company profits before our role as a respected leader in the Las Vegas tourism industry.”

Unfortunately, with the explosion of “independent nightclub hosts,” many of whom can be seen on the Strip peddling nightclubs to tourists, the important values of business acumen, credibility and transparency have become lost.

Because of this, in late 2015, the state Gaming Commission and Control Board implemented policies to better monitor those who work as hosts, including background checks for hosts onsite at hotels.

However, the problem of inexperienced, independent hosts flooding the Strip and causing damage to Las Vegas’ stellar tourism reputation persists.

“The independent hosting game is completely oversaturated in Las Vegas, and more specifically on the Strip, so it was only a matter of time before state regulatory bodies got involved, and I think it is a good development for our tourism industry,” says Jason Reese, an independent nightclub host for more than a decade before changing careers in 2014. “For tourists, everything blurs together so they do not know the difference between credible hosting businesses and these new fake promoters that are littered up and down the Strip with no credibility. The tourists do not know any better so it is up to our tourism industry as a whole to make sure the Las Vegas experience is being presented the right way in a truthful manner by credible sources.”

For Red Carpet VIP, which averages $300,000 to $400,000 in sales per week, 90 percent of the business comes from nightclubs and the rapidly growing hotel pool party industry. Unlike virtually every other nightclub hosting company in Las Vegas, Red Carpet VIP offers employee benefits and has separate departments for sales and nightclub hosting, which adds to their credibility with clients.

“Bottle prices at nightclubs can go from $1,000 to $20,000 and above, so with a financial commitment that high, you have to provide clear communication to the client and paint a 100 percent accurate picture of what they will receive,” says Jeff Ginsburg, spokesperson on customer relations with Red Carpet VIP. “This includes where they will be sitting, the DJ playing that night and the beverages they will be receiving. A lot of these new independent nightclub hosts on the Strip pull a bait-and-switch on the tourists, and that leaves them with a bad taste in their mouth about their Las Vegas experience, which hurts us all as an industry.”

“The nightclubs are open 360 days a year, and every day we are bringing clients to these venues which has a real trickle-down economic effect,” says O’Connor. “It is challenging to find the right staff, but when we do, we try our best to hold on to them. Most of our staff have day jobs, so they do not need to lie or be deceptive to put extra money in their pocket.”

It is that exact sentiment that nightlife industry veterans like Reese want to see duplicated by other nightclub hosting companies.

“We have a great energy in Las Vegas that cannot be matched anywhere else in the world,” says Reese. “We need to protect it and make sure we maintain our hard-earned reputation by not letting it get misrepresented by those who do not even understand the history, the legacy or responsibility of our tourism industry.”

“Our foreign clients have more vacation time, stay longer, come in bigger groups and have definitely benefitted from the favorable foreign currency exchange rates since the recession hit in 2008,” says O’Connor. “We advise them to spread their money around instead of blowing it all at one nightclub in one night, which benefits multiple venues instead of one, and that is a good thing. Even though there are now dozens of nightclubs, bars, lounges and pool parties all across the Strip, we are all in this together to provide the best experience for our tourists and represent Las Vegas the best way we can.”