Skip to content
Sign up for our newsletter
section-ads_high_impact_1
By SUSAN STONE SPECIAL TO LAS VEGAS BUSINESS PRESS
September 25, 2016 - 12:00 pm 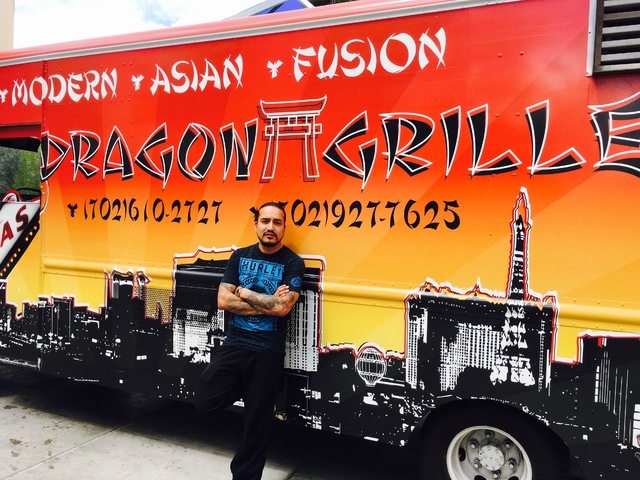 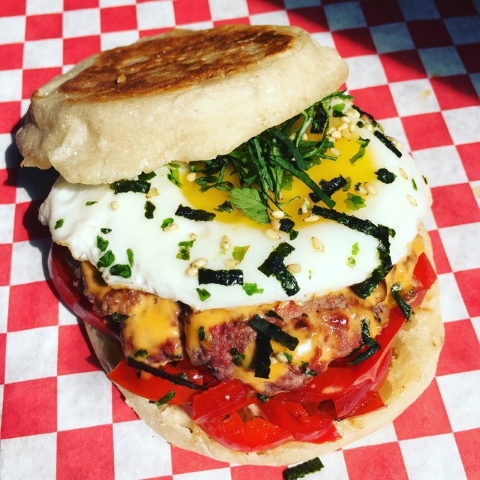 COURTESY Dragon Grille food truck owners Christian and Yasser Guzman have been chosen to represent Nevada in the 2016 Thomas Bread’s Hometown Breakfast Battle for Best Breakfast Recipe using one of their products. 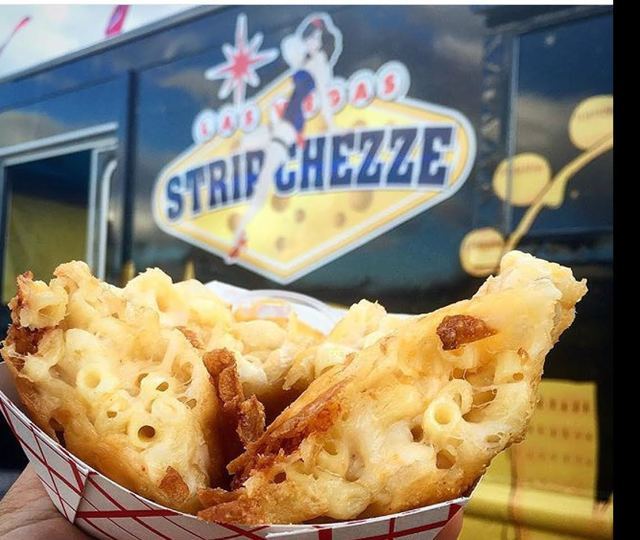 Courtesy Stripcheeze has gained enough popularity to be included in the 2014-2016 Life is Beautiful Festivals as well as the Las Vegas Foodie Festivals. 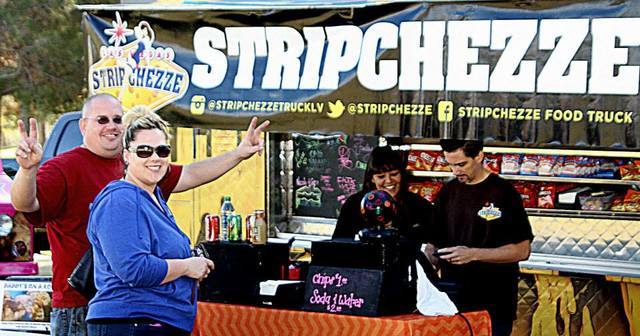 COURTESY Suzy Davis, owner of Stripcheeze food truck, said her biggest challenge was figuring out how to stock the truck for each event, something her husband, Gregory Woods, helps with by doing detailed post-event analyses.

The food truck business has taken off full throttle in the past five years in Las Vegas. Whether as a second income source or a way for experienced chefs to exercise creative options without a hefty investment, mobile culinary entrepreneurs are gaining traction.

Owners Christian and Yasser Guzman were chosen to represent Nevada in the 2016 Thomas Bread’s Hometown Breakfast Battle for Best Breakfast Recipe. The company was eliminated in the first round, but you can still see its Korean patty breakfast English muffin recipe at ThomasBreakfastBattle.com.

The brothers emigrated from Guatemala as teenagers and have worked continuously in the local restaurant industry. Christian Guzman most recently worked at Sammy’s Woodfired Pizza as regional chef. Yasser Guzman worked at California Pizza Kitchen at Fashion Show Mall. Both quit their day jobs to fulfill their dream of owning a restaurant.

“Since we were very young, we wanted to do something of our own, and our main plan is to get into a restaurant and do our own menu. The food truck industry seemed at the moment a lot cheaper to start recruiting clientele and then move on into a location,” said Christian Guzman.

“We started (Dragon Grille) from zero with a (10-foot-by-10-foot) trailer. About six months later we got nominated for the best food truck by Las Vegas Weekly Magazine, and that put us on the map.”

One key to their success, he said, is that all of the menus offer dishes that hadn’t yet been done by a food truck locally. Dragon Grille presented “the only Korean food truck here in Nevada, El Shuko is the only Guatemalan food truck in the whole United States. We always try to set ourselves apart from everybody else.”

He’s thinking of selling the local business in order to develop the Guatemalan menu as a truck franchise in states such as New York, New Jersey and Texas, where there are larger Guatemalan populations.

The Guzman brothers now operate their trucks under the umbrella company “Sin City Dragons” and have a seven-day-a-week kitchen operating inside Adrenaline Sports Bar at 3103 N. Rancho Drive in Las Vegas. They also can be found weekdays around 2 p.m. at UNLV near the library, and at Food Truck Fridays at Top Shelf Wine and Spirits, 6415 Fort Apache Road from 6-10 p.m.

After eight years as a bartender at The Venetian, Suzy Davis was ready to start her own business in 2014. “I’d worked in restaurants all my life,” she said, but not as a chef. Her food truck is called Stripcheeze and her core menu consists of five popular items not found on any heart association’s diet. With gambling-themed names like “on a roll” and “pair-o-dice,” the menu features bacon, egg rolls and, of course, plenty of cheese.

Stripcheeze has gained enough popularity to be included in the 2014-2016 Life is Beautiful festival as well as the Las Vegas Foodie Fest. Persistence got her into those sold-out events, she said. “I just kept asking and asking until they said yes,” she said.

Her biggest challenge was figuring out how to stock the truck for each event, something her husband, Gregory Woods, helps with by doing detailed post-event analyses.

She earns enough from her truck business to have given up other restaurant work. Besides festivals, Stripcheeze is hired for employee-appreciation events and private parties. She hopes to make enough from this work to take off next summer for the first time. “That’s why I do so many big festivals and give away stuff and post on Facebook. You make it a fun, great experience. Then people come back and seek you out.”

Angel Mendez fell in love with Belgian fries during his studies in Holland. When he started to feel a bit insecure in his job as a public school teacher, he decided a mobile food business was the way to generate extra income, and the fancy fries were his go-to product. He calls his business Can’t Dutch This.

Belgian fried potatoes are different because of a two-step cooking process resulting in a softer inside but crispier outer product and are usually served with a variety of sauces, Mendez said. He also uses fresh, hand-cut potatoes for extra flavor and serves them in a Euro-style paper cone.

The 30-something teacher practiced cooking for friends before going public. “I invited (20-30 people) over just to get an idea what I needed to do on a scale of a line of 15-20 waiting customers. It was a really bad, almost disastrous! But it was free, so they were good and gave me feedback,” he said.

He had his first professional gig in 2013 at his school, “and I knew they would be forgiving if things were not quite right,” he said. After that, he began parking his trailer just outside the Ethel M Factory grounds during the holiday season. With the help of his family, he kept the cart active at farmers markets during the week, and he goes to other festivals and corporate events throughout the year.

Like brick-and-mortar restaurants, food trucks are risky ventures. According to the city of Las Vegas, in the past five years, 160 Mobile Food Vendor licenses were issued. Of those, 67 remain active and 93 are out of business. One reason is under-capitalization, Guzman said. “A lot of people see the food truck revolution and think it’s easy, but just this year alone, I have seen six or seven trucks start their business and go out of business within three months, he said. “They don’t realize they need to rent a commissary” for food storage, and if food is prepared off the truck, that location needs to follow local licensing and inspection regulations.