Skip to content
Sign up for our newsletter
section-ads_high_impact_1
By Rodric J. Hurdle-Bradford Special to the Las Vegas Business Press
July 10, 2016 - 8:00 pm 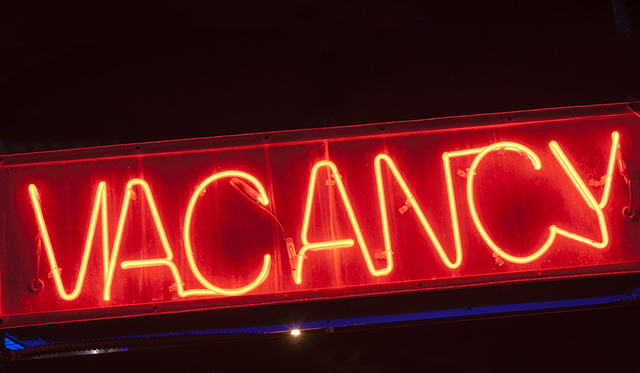 Las Vegas hotel occupancy rates aren’t keeping up with national trends, despite an inventory reduced by the demise of the Riviera.

It’s complex, experts say, but there’s no reason for concern.

Industry insiders know that it takes a lot more variables than just a flashing “vacancy” sign to judge the health of the country’s most popular hotel destination.

“The drivers of demand in Las Vegas are so fundamentally different with the gaming phenomenon that we have never been able to develop a format for the market,” says Robert Mandelbaum, director of research information services for CBRE’s hotels’ Americas research division. “But many fundamentals remain the same because they still have to fill that hotel room every day.”

“Occupancy rates have been high but we are starting to see that growth flatten out and decline a bit,” says Bobby Bowers, senior vice president for STR, an industry consulting firm.

“The occupancy rates were so high it made them really hard to grow and we are also seeing a lot of new rooms in the market with room supply growth in markets like Houston and Nashville, Tennessee.”

With no major hotels opening in the last couple years on the Strip and with the closing of the Riviera, hotel room supply has actually decreased, but overall hotel occupancy rates remain strong, hovering around 90 percent according to RCG Economics, a leading Las Vegas-based consulting firm in the hotel and gaming industries.

“Hotel occupancy rate is just the end result of many different variables,” says John Restrepo, principal at RCG Economics. “The key variable we look at is visitor volume and go from there.”

Visitor volume has increased by 3.5 percent to 4 percent on a rolling 12-month basis from April 30, 2015, to April 30, 2016. Convention attendees, another indicator of where the Las Vegas market is headed, are up 13 percent over the same time period.

“The ones who consistently shop, spend a day at the salon and participate in other gaming and nongaming activities are obviously of a higher value to a property,” says Restrepo.

“The resort industry is often underestimated as a science and being very complicated because you have so many different and unrelated business segments,” says Restrepo. “Hotels, conventions, retail, entertainment and restaurants are complete industries on their own outside of Las Vegas. Here, we intertwine all of them together so you have no choice but to be very strategic.”

“In this new economy, for the hotel industry, you have to hit the pavement, be proactive, build alliances and create partnerships,” says Bowers. “In the industry as a whole, you have to fight for every hotel room night and never take it for granted. You have to go after what’s available and generally that is groups, conferences and conventions.”

The high occupancy rates and average daily room rate in Las Vegas are void of one large factor other metropolitan areas now face — the infiltration of shared economy travel options such as Airnb.com. In larger metropolitan areas like Chicago, New York and San Francisco, the commercial hotel industry is seeing a market share loss of around 20 percent.

“The temptation for hotel operators is to the lower the price to see if market share returns,” says Mandelbaum. “But there is no proven pricing formula for demand and each market has its own different drivers for demand and pricing. In New York, for every five hotel rooms, there is one room on Airnb, but they are currently adding 30,000 rooms to their supply so it is going to be interesting.”

New York is actually responsible for 11 percent of the new hotel rooms being built across the country in 2016. On the contrary, Las Vegas’ delayed entry into building new hotel inventory in recent years has been a real benefit to the market — minimizing vacant hotel rooms and allowing properties to focus on improving nongaming entities like restaurants, elevating entertainment options — think Mariah Carey and Jennifer Lopez — and engaging the ever-growing nightlife and pool party segments.

The influential international guest segment, which grew in the aftermath of the Great Recession because of favorable exchange rates, has experienced a small, but continual decline in the number of guests.

The recent Brexit issue has caused immediate uncertainty for future guests from the U.K., while economic problems in both Eastern Europe and South America has also caused a decline in international visitors in recent years.

“When the occupancy rate drops, the properties have no choice but to make it up with increasing pricing on shows, food and beverage options and other attractions to make up the revenue,” says Restrepo. “In this new economy, spending is constrained, so nothing is as easy as it was during the boom years during the mid-2000s. For the future, there is still so much potential in Las Vegas when the industry focuses on domestic visitors who do not have to worry about exchange rates.”