Skip to content
Sign up for our newsletter
section-ads_high_impact_1
By Craig A. RuarkSpecial to the Las Vegas Business Press
August 28, 2015 - 4:40 pm 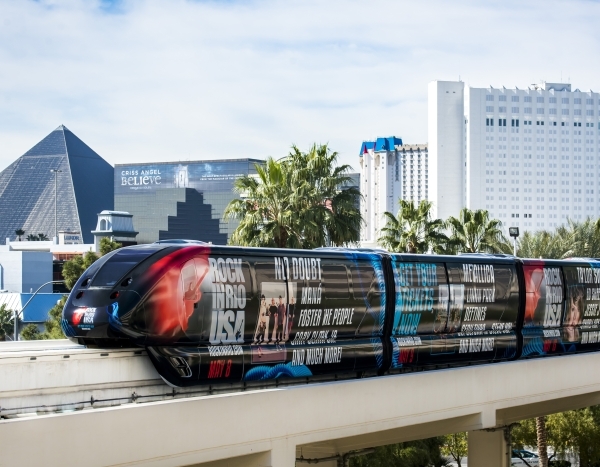 The monorail moves north from the MGM station with Luxor and Tropicana in the background. (Courtesy Las Vegas Monorail Co.) 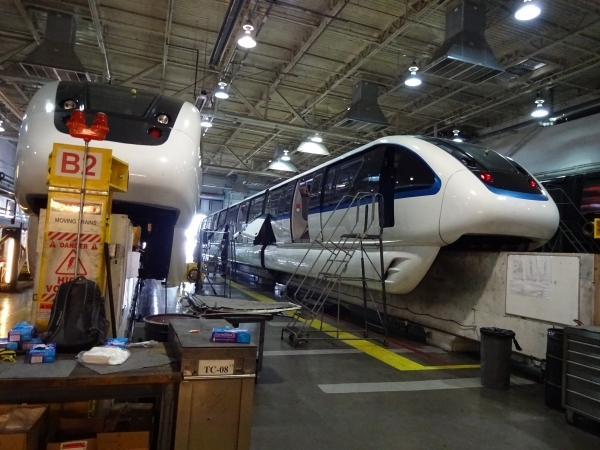 What is next for the Las Vegas Monorail?

When it comes to transportation options along the Strip, perhaps the most visible yet misunderstood is the Las Vegas Monorail.

Yes, the Las Vegas Monorail Co., a privately held 501(c) 4 not-for-profit company, went into voluntary bankruptcy during the recession when it couldn’t pay the interest on more than $400 million in capital debt.

But today the 4-mile line hauls more than 15,000 tourists a day, turns an operating profit and it has an appetite for expansion.

On Nov. 7, 2012, the company emerged from Chapter 11 under a reorganization plan that canceled the prior debt. In exchange, the bondholder received two series of current interest bonds, Series A totaling $10 million due in 2019, and Series B totaling $3 million due in 2055. Today, the company earns enough money from ticket sales and advertising to completely pay for all of the operations, debt obligations, and maintenance of the entire system.

The success of the system has brought quite a lot of interest from various people, places, organizations, and groups who want to see the monorail expand. Perhaps the most asked question is about the extension of the monorail to McCarran International Airport.

About 70 percent of the people that arrive at the airport are going to the Strip. The only option from McCarran to the Strip is surface transportation, which is a major livelihood for the cab, limo and shuttle drivers. However, at peak times, there are delays.

“From a bigger picture standpoint, we need to look at all of the options on the table and what is best for the community,” said said Ingrid Reisman, vice president, and chief marketing officer for the monorail. “We (the monorail) are so close to McCarran, yet so far away with a station at the MGM Grand … I don’t think that there is just one solution that will solve that particular traffic movement. I believe that there should be multiple solutions and that the monorail should be one of them.”

Other ideas have included the expansion of the monorail north to Fremont Street, and most recently to UNLV.

“Could that be something in the future? It could be, but we need to look at our most critical transportation needs and prioritize them,” said Reisman. “Right now, as a not-for- profit company, those two expansions are not something that we could fund and expect for it to pay for itself, but they might be viable extensions in the future.”

Recently, the monorail company joined the Regional Transportation Commission in a study to look at the resort corridor and identify transportation shortcomings. The result of that study is the Transportation Investment Business Plan and one of the recommendations is to extend the monorail service to the Mandalay Bay.

“Obviously we agree with that, it makes sense as the primary expansion of an existing 4-mile system to the newly expanded Mandalay Bay convention facility. It would give Las Vegas a huge competitive advantage in the convention market,” Reisman said.

Sketch level plans for an extension from MGM to Mandalay Bay are already being developed by the monorail’s planning team with an alignment and ridership study included. Initial estimates are that $100 million would be needed to construct the 1-mile of track, the station, and electronic infrastructure. A good portion of that money is projected to be in the form of debt, but the actual financial plan has yet to be determined.

Also, the Transportation Investment Business Plan is recommending that the monorail add a stop at the Sands Expo and Convention Center so that all three major convention facilities would be connected.

The monorail is on track to carry 4.7 million people in 2015. This system is unique compared to other similar transportation systems in the country, in that it does not have regular commuters. The entire customer base changes approximately every three days. Because of its popularity with the tourists, the system also reduces the number of vehicle miles traveled in the resort corridor by 2 million, along with a reduction of the accompanying exhaust emissions (carbon monoxide, volatile organic compounds and nitrous oxide), emitted into the air by 26 tons annually.

The monorail configuration is four cars per train with an average of five to eight trains running during the hours of 7 a.m. and 2 a.m. On Saturdays, service is extended to 3 a.m.

During busy convention periods, the trains can be expanded to eight cars if needed, but the company has found it to be more convenient for the riders to increase the number of trains on the track, which shortens wait times at the stations. The average wait time at each station is four to seven minutes; the entire trip from the SLS Station at Sahara Avenue to the MGM Grand is approximately 15 minutes.

It is interesting to note that while the monorail only serves the east side of the Strip, according to customer surveys, 40 to 45 percent of the customers stay in hotels on the west side of the Strip. Those surveys also rank “customer satisfaction” highest for convenience, cleanliness and safety.

And safety is important to all involved. There are 96 cameras throughout the stations, capturing all areas of the system. Each train has eight cameras to cover all areas of each train car. Also, each car has an ‘e-tel’ button so passengers can communicate directly with the central control room at any time if needed.

Should a train develop a mechanical problem, there are more than 400 sensors and switches on every station platform level monitoring the health of all systems at all times. While there is a place for a driver to sit, each train is unmanned and operated remotely by a “wayside control unit” in the main computer server room. There are also additional control units throughout the system, which regulate and track the position of every train at all times and regulate the spacing of trains.