Skip to content
Sign up for our newsletter
section-ads_high_impact_1
By Jim Pawlak Special to the Las Vegas Business Press
July 17, 2016 - 8:00 pm 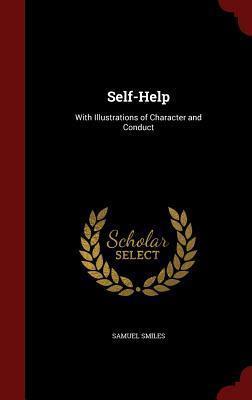 Samuel Smiles published “Self-Help” in 1859. It was the best-seller of the Industrial Revolution — over 250,000 copies sold. Its availability on amazon.com and barnesandnoble.com shows the staying power of his message.

The bottom line on his 157-years-old advice: The more things change, the more they remain the same. Here are some things that haven’t changed:

Great men of science, literature, and art — apostles of great thoughts — have belonged to no exclusive class nor rank in life. They have come alike from colleges, workshops, and farmhouses – from the huts of poor men and the mansions of the rich.

It may be of comparatively little consequence how a man is governed from without, whilst everything depends upon how he governs himself from within.

An intense anticipation itself transforms possibility into reality; our desires being often but precursors of the things which we are capable of performing.

Enthusiasm … the sustaining power of all great action.

Hope is like the sun, which, as we journey toward it, casts the shadow of our burden behind us.

Precept, study, advice and example could never have taught them so well as failure has done.

It is energy — the central element of which is will — that produces the miracle that is enthusiasm in all ages.

Everywhere it is what is called force of character and the sustaining power of all great action.

Knowledge conquered by labor becomes a possession — a property entirely our own.

Life will always be to a large extent what we ourselves make it.

Lost wealth may be replaced by industry, lost knowledge by study, lost health by temperance or medicine, but lost time is gone forever.

Man cannot aspire if he looked down; if he rise, he must look up.

Men must necessarily be the active agents of their own well-being and well-doing; they themselves must in the very nature of things be their own best helpers.

Men who are resolved to find a way for themselves will always find opportunities enough; and if they do not find them, they will make them.

Practical wisdom is only to be learned in the school of experience. Precepts and instruction are useful so far as they go, but, without the discipline of real life, they remain of the nature of theory only.

Progress however, of the best kind, is comparatively slow. Great results cannot be achieved at once; and we must be satisfied to advance in life as we walk, step by step.

The apprenticeship of difficulty is one which the greatest of men have had to serve.

The duty of helping oneself in the highest sense involves the helping of one’s neighbors.

The shortest way to do many things is to do only one thing at once.

The work of many of the greatest men, inspired by duty, has been done amidst suffering and trial and difficulty. They have struggled against the tide, and reached the shore exhausted.

We often discover what will do, by finding out what will not do.

Wisdom and understanding can only become the possession of individual men by traveling the old road of observation, attention, perseverance, and industry.