Skip to content
Sign up for our newsletter
section-ads_high_impact_1
By Jim Pawlak Special to the Las Vegas Business Press
March 14, 2016 - 4:25 am 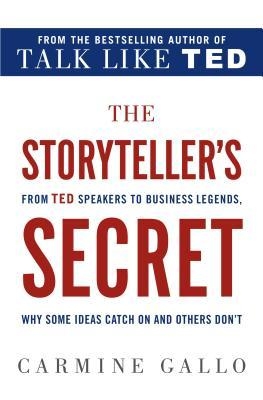 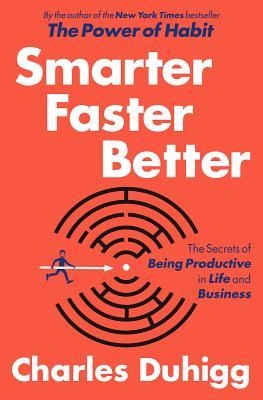 “Smarter Faster Better: The Secrets to Being Productive in Life and Business” by Charles Duhigg (Random House, $28).

Tomorrow (n.) – a place that stores 99 percent of all human motivation, productivity and achievement.

Duhigg believes that we can live tomorrow today by making choices “biased toward action.”

His research found that productivity was linked to eight concepts — the most important of which is motivation. It’s the hub to which the other seven are connected.

Research shows that motivation isn’t part of innate personality. In work and life, it’s “how” one goes about accomplishing things.

It’s “learning how to make yourself do things you thought you couldn’t do.”

As I read, I thought of Eden, my 7-year old granddaughter. When she downloads a new iPad app, she figures out how it works; no instructions needed.

As she grows up, she’ll be exposed to all sorts of rules and instructions that tell her how things must be done. These may constrain her ability and willingness to think and choose for herself.

How many of us have succumbed to following the system, and feel that it controls our choices?

Self-motivators make things happen, rather than let them happen. Before starting a task, they ask themselves “why.” Why? It frames their choice of “how” into something meaningful — the control they have with respect to actions needed to achieve the outcome. With control comes emotional satisfaction and wellness.

Their actions affect those around them. If others see that they, too, can control choices, innovation and change prosper. If others are system zombies, they see self-motivators as boat rockers.

Chapters contain real-life stories of how those with a bias toward action affect the actions of others within the context of the other seven concepts.

Key takeaway: “Every time you come to the limit of what is demanded of you, you are faced with the same problem — to be yourself!” — Henry Miller, “Tropic of Capricorn.”

“The Storyteller’s Secret — From TED Speakers to Business Legends, Why Some Ideas Catch on and Others Don’t” by Carmine Gallo (St. Martin’s Press, $27.99).

When people think and listen, they inherently look for patterns to cue understanding, and ‘three’ quickly establishes an easy-to-follow, memorable pattern.

There are three components to effective presentations: the headline, the narrative and a call to action. “The headline is one sentence that’s going to grab your listener’s attention and put the narrative into context.”

When Steve Jobs introduced the iPod, he told the audience all they needed to know about what was coming — “1,000 songs in your pocket.” Richard Branson offers this advice on headlines: Use a Twitter-like format (i.e. 140-character limit).

Relative to the narrative, Gallo viewed numerous TED Talks to see what really moved the audience. The speakers consistently used stories that connected to the headline throughout their presentations rather than statistical evidence and jargon. Why? People often see their own experiences in the stories of others.

Even when they can’t, they see “stories as flight simulators for real-world scenarios.” In either case, stories deepen their understanding of the why, what and how of the message.

Incorporating personal stories shows your authenticity. By inserting your experiences into the narrative, listeners see someone who believes in the message.

Where there’s belief, there’s trust and understanding, which translates into seeing their roles in what needs to be done.