Skip to content
Sign up for our newsletter
section-ads_high_impact_1
By Terri Dougherty Special to the Las Vegas Business Press
September 4, 2015 - 5:00 pm 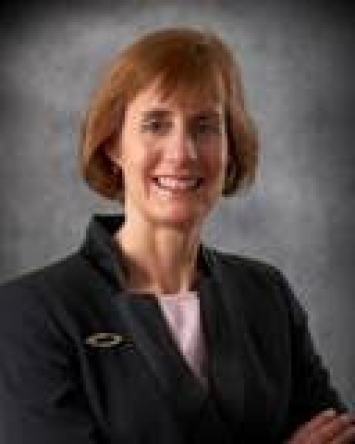 It’s kickoff time for fantasy football leagues, and along with it come debates over whether it’s best to fill a roster with high-value rivals or hometown heroes.

For employers, this means that discussions of injuries, trades and breakout players are likely to spill over into work hours.

This doesn’t necessarily mean that productivity will be sacked, however. Fantasy football can yield discussions that help employees build connections, encourage teamwork and boost camaraderie.

An employer probably doesn’t have to look far to find a group of fantasy football players in the office. About 57 million people play fantasy football, which involves drafting and fielding a team of players from the National Football League and pitting them against opposing teams in a league format.

Whether building a winning team is more dependent on skill or luck is a matter of debate. A league member’s weekly score relies heavily on individual players’ scoring output. Injuries, trades, and suspensions all impact the final tally.

The volatility of weekly rosters is often fodder for discussion and is likely to become part of workplace banter for participants.

While there are some limits to how far a fantasy football conversation should go, as there is with all office chatter, the subject can be useful when channeled in the right direction:

n The hobby offers a safe avenue for small talk, so use it to get to know your employees. Asking why they chose a specific running back or quarterback could help you understand them a bit better.

n Let co-workers have a few minutes to compare statistics or talk about how their teams are doing. This can break down walls and encourage team building. Bringing up the topic of fantasy football can be an easy way for a shy worker to get a conversation going.

n Don’t discount the value of a brief break from work. Spending a few minutes talking fantasy football might get creative juices flowing.

n Don’t let things get out of hand. If roster analysis drags on for too long, a reminder about productive use of work time might be needed to get employees’ heads back in the workplace game.

While small talk can be a positive when it comes to fantasy football, a larger distraction might be looming. While chatting about a team’s highs and lows may take a few minutes, it’s likely to be dwarfed by the amount of time an employee might spend researching injury reports and player matchups in an effort to put together a winning lineup.

This research can easily be done online or through a smartphone. Employees looking to make a trade or analyze game stats on a company computer are not making the best use of corporate bandwidth.

That’s where a company’s Internet policy may come into play. A policy that prohibits employees from using the company web resources for noncompany activities could be an effective way to curtail gridiron research.

Some employees might attempt to get around this issue by using a smartphone to plan their fantasy lineups. This may be the time to address cell phone use during work time.

If an employee’s performance is suffering because of an obsession with fantasy football, or for any other reason, it may be time for a manager to have a sideline chat with the over-enthusiastic team owner about work goals and the consequence of not meeting them.

Workers, and managers, should stay on top of this because fantasy football can impact the bottom line. The Fantasy Sports Trade Association has estimated that fantasy sports players spend almost 9 hours per week managing their teams. A portion of that total might occur during work hours.

There’s a financial impact even if workers spend just one work hour a week concentrating on fantasy football. Consultancy firm Challenger, Gray & Christmas estimates that the 37.5 million fantasy football enthusiasts who are employed could cost businesses $16 billion in lost productivity over the 17-week NFL season.

In moderation, fantasy football is not likely to disrupt a workplace, however, and the goodwill it generates can be positive. Trusting that employees will get their work done in a quality manner, and that they know how to juggle both their jobs and the responsibilities of fantasy football team ownership, can build morale.

This approach holds workers accountable for doing their jobs well while letting them enjoy some friendly competition and demonstrate their expertise.

Because of the time that can be involved in participants securing a championship-caliber lineup, a company might want to think twice about offering an employer-sanctioned fantasy league. However, letting employees create a league on their own — and allowing them to support their team within the limits of company policies — can be a winning proposition.

— Terri Dougherty is a certified professional in human resources and an editor for J. J. Keller & Associates, a nationally recognized compliance resource firm with more than 200 clients in the Las Vegas Valley. For more information, visit www.jjkeller.com/hr and www.prospera.com.